The Colombian army hired a marketing wizard to produce a radio hit single with a hidden message, intended for hostages held in jungle

On November 24, 2016, a historic peace deal was brokered in Colombia between the official government and the Revolutionary Armed Forces of Colombia, also known as FARC.

The leftist terrorist organization has been waging a war against the country’s recognized government in Bogotá for more than 50 years. Starting its operations in 1964, the group grew in both numbers and influence in the following decades, often using violent, criminal methods, such as kidnapping for ransom, extortion, drug trafficking, blackmail, and bombings.

Even though FARC agreed to halt all hostile activity toward the Colombian military and government, just a short while back the situation was still very hot.

The rebel group based in the jungles of Colombia was responsible for more than 6,000 kidnappings alone since the year 2000. Their targets were often businessmen, both foreign and local, political figures, and military personnel. Some prisoners spent decades in captivity, facing harrowing health issues and mental hardship. 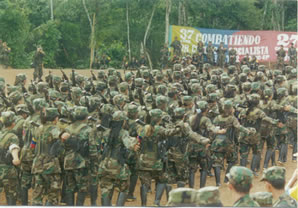 The kidnapping of servicemen gave FARC the leverage in negotiating the release of prisoners held by the government, but those negotiations more than once turned sour.

In 2010, there were between 8,000 and 10,000 active guerrilla fighters controlling the vast jungle area in the south of the country. Formed mostly of peasants displeased with living conditions in the rural areas of Colombia, the rebel organization has been a constant threat to security and an active participant in the political turmoil that the homeland of Pablo Escobar has endured for decades.

On the other hand, the Colombian military developed some advanced tactics in tackling the guerrillas and organized daring rescue missions. Among many of the country’s police and military officers, one figure stands out from the rest when it comes to hostage situations and dealing with the trigger-happy guerrillas. 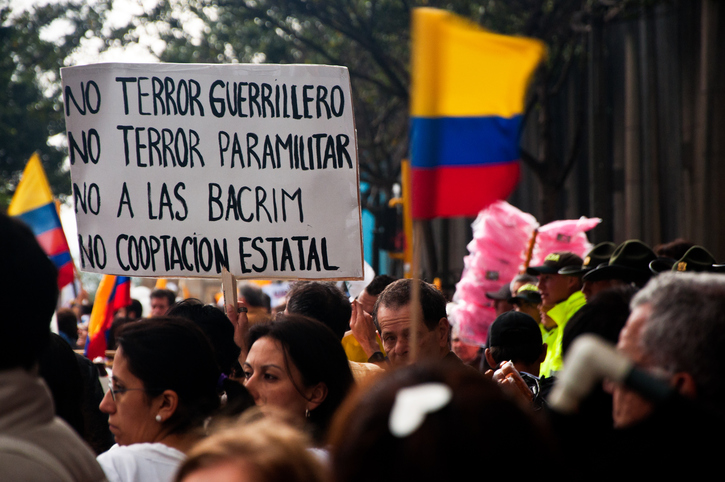 Although a retired officer these days, Espejo helped organize one of the most innovative hostage rescue operations in recent history. As a group of soldiers fell prey to the FARC kidnappers, Colonel Espejo needed a way to transmit to them the message that help was coming and that the military was actively searching for them, while liberating other hostages in different parts of the endless jungle in the heart of South America.

So he turned to an old friend―one who had had his own ordeal with the terrorists and was happy to help. Juan Carlos Ortiz, one of the leading figures in Colombia’s advertising industry, was threatened by FARC when his commercial promoting the fight against the country’s huge cocaine problem won the award for the best marketing advertisement at Cannes in 2006. 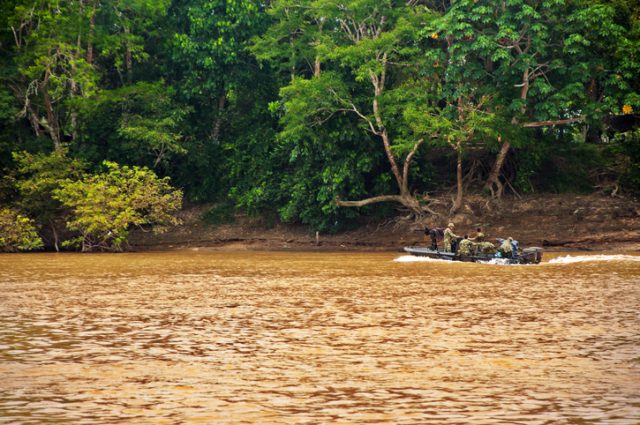 The ad featured two men riding on public transport. One of them has dandruff on his shoulders. The man behind him reacts by snorting the dandruff, as apparently he cannot overcome his cocaine addiction. Since FARC relied heavily on cocaine production in order to finance their guerrilla campaign, they saw the commercial as an attack on their enterprise.

Fearing for his life, Ortiz moved to Miami. His expertise, however, came in handy more than once for the Colombian government, as he developed various campaigns encouraging the FARC guerrillas to leave the jungle and return to civilization.

This time, Colonel Espejo needed more than a leaflet calling for surrender.

In Miami, the soldier and the marketing ace were plotting how to transmit a message to the captured soldiers without their captors noticing it. They swept through various ideas, from skywriting using light aircraft to smuggling secret notes in aid parcels. All of these were too risky. The guerrillas had a strict policy concerning escape and anything related; if caught it could easily lead to the execution of the hostages.

Suddenly, an idea struck them. It was known that FARC allowed the captives to listen to the radio as it helped to ease their minds and pass the time. Also, relatives of the hostages would often send messages of support to their captured family members via a radio show specially made for such purposes.

So the Espejo-Ortiz team decided to use the advantage of a radio presence among the hostages. They produced a song, with the help of Bogotá’s Radio Bemba Studio, which deals in jingles and commercials. 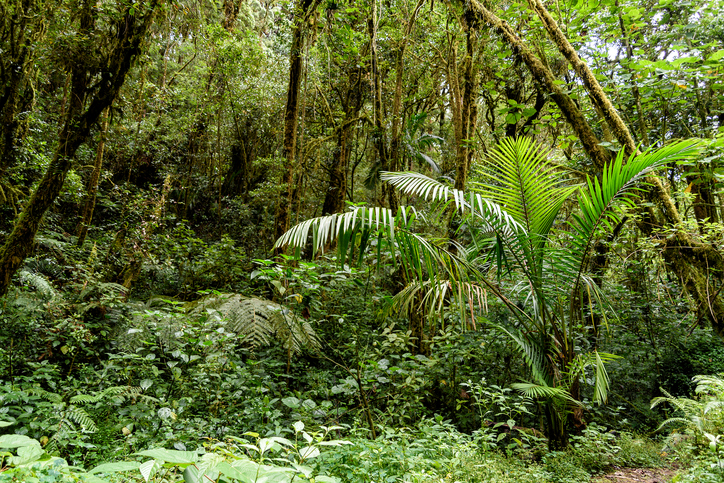 To transfer the message, the team chose an old but timeless system of communication― Morse Code. The hostages were all of military backgrounds and Morse Code was part of their training. Contrary to them, the FARC rebels were uneducated and completely illiterate when it came to Morse Code.

So they produced a hit single, titled Better Days, performed by Natalia Gutierrez Y Angelo, session musicians completely unknown prior to the song.

The song was put on all the radio stations in the southern part of Colombia, where it became a huge hit. Even the FARC rebels were whistling the tune, completely unaware of its purpose. It referred to the 19 people who were rescued in a large-scale Operation Chameleon, which took place earlier that year. 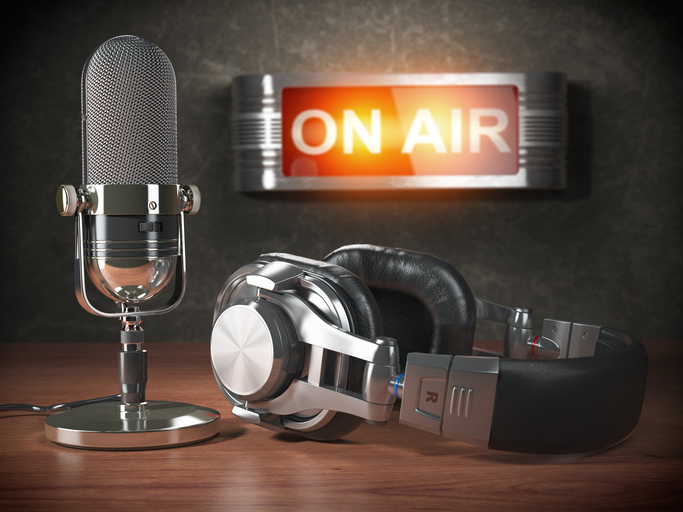 The lyrics were also written so they would invoke feelings of captivity and longing for freedom, with the chorus going:

A new dawn singing this message
From my heart,
Although I’m tied up and alone I feel as if I’m by your side
Listen to this message brother

The song was out there, giving hope to the captured soldiers, but the search for them was still bearing little fruit.

In December 2010, FARC eventually agreed to release five hostages, as a good-will gesture, as the government officials and the rebel faction had a long history of negotiation. Among the released prisoners were a police major, two military service members, and two politicians. 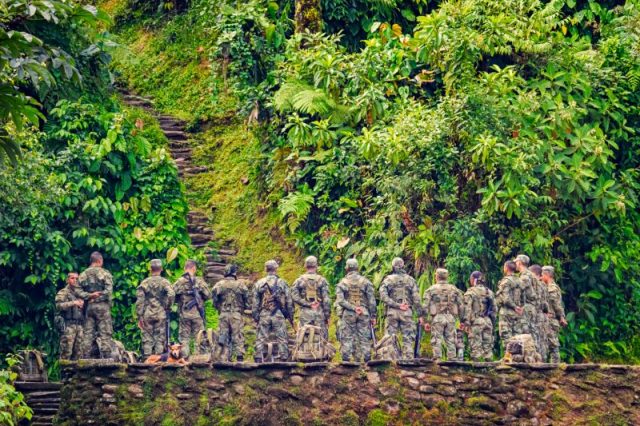 Group of Colombian soldiers listen to instructions at Ciudad Perdida in the jungles of the Colombian highlands.

Upon the briefing of Private Joshua Alvarez, who was one of the released hostages, it was reported that he heard the song and that he recognized the coded message embedded into the song’s chorus. Alvarez said in his report that the message, once it was deciphered, was passed through to other prisoners and it soon became well-known among the captives, without ever being revealed to FARC.

The operation was kept secret until 2011, when the military officially announced that the song “Better Days”―which had by then become a cult classic―was, in fact, part of the clandestine hostage rescue mission.

For his achievement, Ortiz, who masterminded the song, received yet another award in Cannes. But this time it didn’t trigger the reaction of the FARC. Instead, it became a symbol of hope for the many others, and their families.

Nikola Budanovic is a freelance journalist who has worked for various media outlets such as Vice, War History Online,The Vintage News, Taste of Cinema. He mostly deals with subjects such as military history and history in general, literature and film.