Ayrton Senna’s excuse for hitting a brick wall during the Dallas Grand Prix in 1984 was that “the wall must have moved,” and he was right

I just cannot understand how I did that. I was taking it no differently than I had been before. The wall must have moved. – Ayrton Senna, July 8, 1984, Fair Park, Dallas, Texas.

The legend, the icon, the exceptional individual who was without a doubt one of, if not the finest drivers that has ever lived, was only a rookie at the Dallas Grand Prix in 1984. It was a year that proved to be a great introduction for a young star in the making and launched him into his short-lived, unfortunately, but nonetheless illustrious and unforgettable career.

For 10 years Ayrton Senna was breaking and setting records left and right, mesmerizing everyone.

But in 1984 Senna was not yet the man adored by audiences nor the ferocious, relentless driver feared by the competition. No, that came a few years later and after a bit of experience. 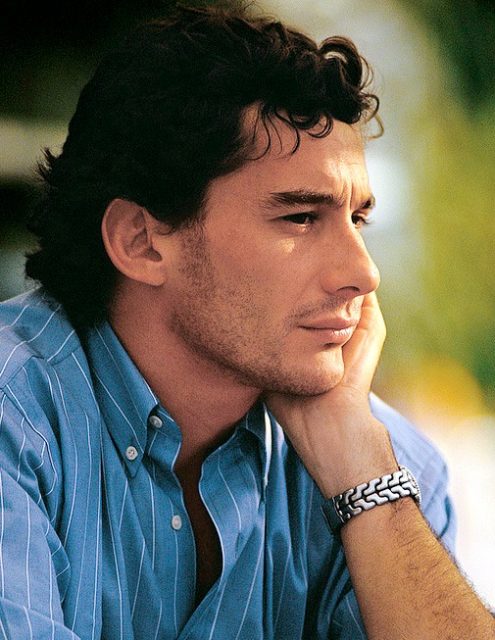 This was only a debut year for a kid who was driving for as long as he could remember and earned a glowing reputation in the junior league before securing a hard-earned place in the “Big Boys Club.” With only eight tracks under his belt overall until the race in Texas, he still had a lot to prove and everything to show to the world.

And if in Monaco of that same year in June he showcased his skills for the first time when he began 13th and ended 2nd at the finish line, offering a quick glimpse of his wet weather mastery, Dallas in July was to be his first real test in the spotlight. 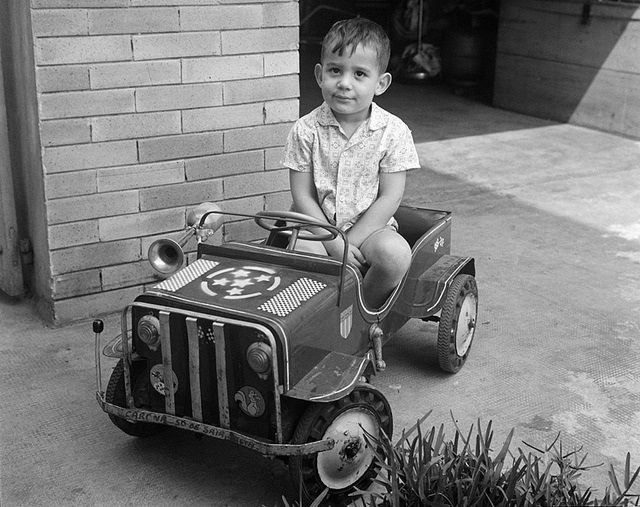 Senna at age 3. Photo by Instituto Ayrton Senna CC BY 2.0

There weren’t torrential rains in Texas for him to slip through this time. It was scorching hot. The fact that Nigel Mansell passed out in an attempt to push his Lotus across the finish line, Piercarlo Ghinzani had to be brought back to life at pitstop with a bucket full of ice-cold water tossed right at him, while Rosberg wore a specially designed and crafted water-cooled skullcap beneath his helmet to literally keep his head cool and avoid any misfortunes speaks for itself how hot it was during the race.

And it wasn’t just on race day. The whole weekend was around 104 °F with the track temperature rising up to 151 °F  during the race, the highest ever recorded at a Grand Prix event. 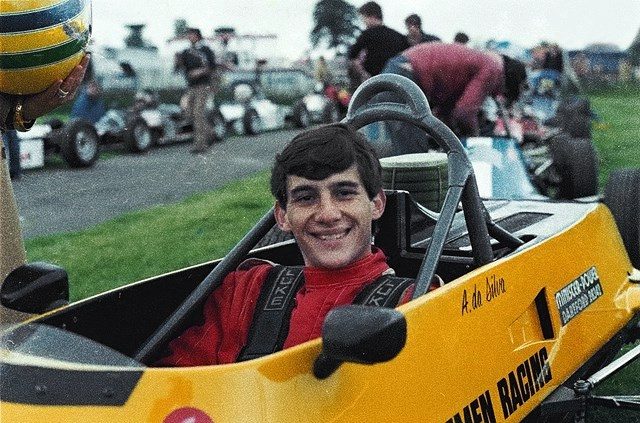 “This is the toughest place I’ve ever been to, without a doubt,” Nigel Mansell declared when he arrived for first practice that Friday in Dallas, two days before the race on Sunday, when the track was already disintegrating because of the heat and either had tires leftovers from the practice session and the qualification round, or had part of the gravel missing in a lot of sections.

It was so bad that according to today’s standards it was more like “a glorified rally cross track” than anything else. “A blend of crumbling tarmacadam and soft concrete,” as a man commentated recently about the state of the track ahead of the race for the F1 official website. 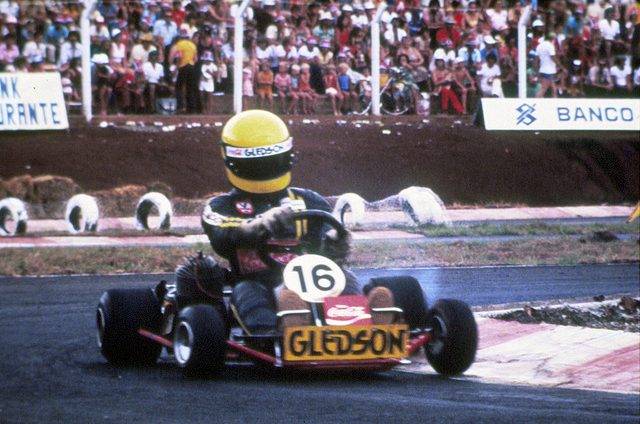 Senna began racing go-karts in Brazil at the age of 13. Photo by Instituto Ayrton Senna CC BY 2.0

The concrete-wall-lined circuit in Dallas that early July wasn’t wet at all, but it was slippery. And rather bumpy as well. Keke Rosberg called the asphalt “disgustingly bad–the worst I’ve ever seen anywhere,” and Mansell who later passed out right at the end described Dallas during that weekend as “the toughest place” he’d ever been to. In fact, some of the drivers, with Niki Lauda and Alain Prost at the helm, wished to boycott the race altogether.

However, they failed in their attempt to influence a reschedule. The race began precisely at 11:00 A.M. instead of the regular 2:00 P.M. in an attempt to dodge the peak of heat, and Jacques Laffite, Williams’ driver, arrived in his pajamas for the race warm-up at 7 A.M., clearly indicating what a driver should be doing that early in the morning. It seemed as if nothing was going as planned, and as first feared, it didn’t go well. 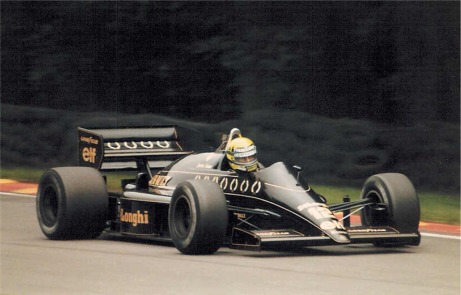 Senna driving the Lotus 98T at the 1986 British Grand Prix.

But it was just the opposite. For all kind of different reasons, including ones we already mentioned, it came to be known as the “wildest race ever,” where only 8 of the 24 drivers that started the race managed to cross the finish line. And as you can guess already, one of them wasn’t the world’s beloved, who back then was driving for Toleman.

Senna, as did many others before and after him, “kissed” the brick wall surrounding the track and had to retire at lap 47. But instead of calling it an error and a bad judgment on his part of coming to close to it, he claimed it was the wall that came forward and kissed him:

“There was one area at Dallas where just about everyone hit the wall. He hit it there too,” said Pat Symonds, Toleman’s chief engineer back then. Reminiscing about the 1984 race in Dallas and its aftermath for the purpose of Christopher Hilton’s book Memories of Senna: Anecdotes and Insights From Those Who Knew Him, he says that when he got back to the pit, clearly angry and disappointed, Senna said that it wasn’t his fault, claiming that “the wall must have moved.”

“We thought: ‘Yeah, right, sure the wall’s moved,’ but he was so insistent and I had so much confidence in the guy, that I said, ‘OK, we’ve just got to go and look at this.’

So we walked out to where he’d hit the wall and do you know what? The wall had moved,” declared Symonds in Ayrton Senna: All His Races, another book about the legend and his brilliant career written by Tony Dodgins.

“What had happened was that someone had hit the far end of a concrete block and pushed it, which made the leading edge come out a few millimeters. He was driving with such precision that those few millimeters, and I’m talking probably ten millimeters, were enough for him to hit the wall that time rather than just miss it,” he explains. 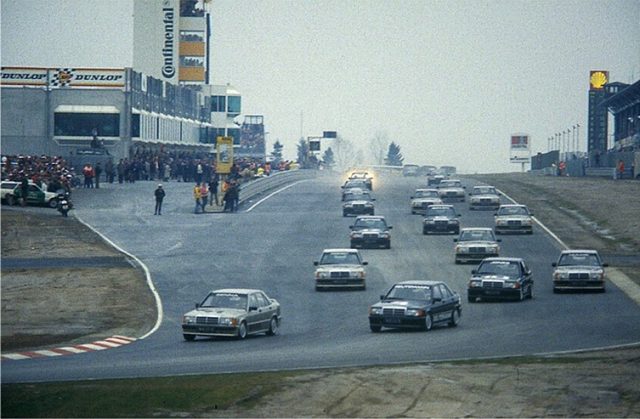 Senna won the saloon exhibition race to celebrate the opening of the new Nürburgring in 1984. Photo by Spurzem CC BY-SA 2.0

At the very end, Keke Rosberg kept his head cool throughout all 67 laps. He ultimately won the race but lost the championship to Alain Prost, and Senna failed to end it but ended up being right about a crazy claim: that a wall had indeed moved and caused him to crash into it. “The trouble with asking for good memories of Ayrton is that I do not have any bad ones.

Perhaps my very vivid memories are of his strong opinion, and most of the time he was right,” said Bernie Ecclestone, the former president and CEO of Formula One when he was asked to share a thought or two about the Brazilian. 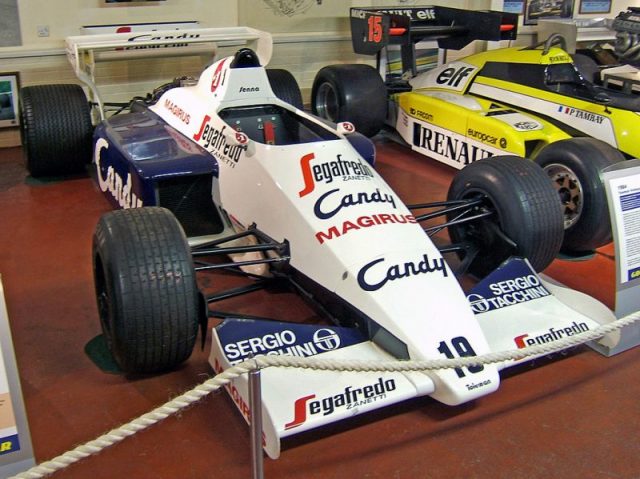 Senna was arguably the best among the best. If not the best, the most elegant and the most gifted in the sport’s most gifted era, competing for honors amidst the likes of Prost, Lauda, Keke Rosberg, Daemon Hill, Nelson Piquet, Nigel Mansell, and for a short while with Michael Schumacher when he first started in 1994. In one odd instance, he was competing with a wall that ought to be immovable under normal circumstance but moved that day in Dallas–apparently in order to stop him.

It ended his race. But, not his career. On the contrary, everything went uphill for him after the event. Unfortunately, another one in Italy that didn’t, stopped it and ended his life almost 10 years later, leaving the world saddened and in total disbelief.

Related story from us:“You’re careful or you’re dead”: Octopus-wrestling was a popular sport for some 20 years

Until that sad moment on May 1, 1994, when he crashed his vehicle into a concrete barrier in the 7th circle in Imola and died prematurely, Senna had 8,230 laps, 162 races, 65 pole positions, walked 80 times to the podium, and on 41 occasions raised the cup and opened the champagne to celebrate a victory.

He won three championships, failed to start a race only once in 10 years, drove probably the greatest ever qualifying lap of all time in Monaco 1988, and at Donington five years later, the greatest opening lap in Formula 1 history.

His records were surpassed with time passing, but his legacy probably never will be.

« The other Great Wall of China, in Nanjing, is the world’s longest circular city wall, completed in 1386
Prince Harry Needed to get the Queen’s Special Consent to Marry Meghan Markle »