Trial by Ordeal: Submitting the accused to combat or burning or boiling saved the need for trials, witnesses, or evidence

You may be familiar with the famous Monty Python and the Holy Grail scene involving the trial of the witch. A woman accused of witchcraft is forcibly weighed against a duck. If she weighed the same as said duck, then she was made of wood and thus a witch — who could then be burned at the stake. Ridiculous, yes, but there is a shred of truth to this famous joke. In the medieval age of Europe, criminal trials would often by settled by what was known as a Trial by Ordeal.

The basic premise behind the Trial by Ordeal was that God would grant supernatural aid to those who were innocent of crimes, and would preserve the perpetrator who underwent some dangerous and physically harmful action. This was a way to settle accusations without the need for things like testimonies or evidence. Instead, the people believed that it was Judicium Dei, or Judgment of God, that really mattered.

There were several different types of trials that could be undertaken. There was Trial by Combat, in which the accused would either fight or choose a stand in to fight on his behalf against his accusers or his stand-in. If victorious, the accused would be declared innocent. 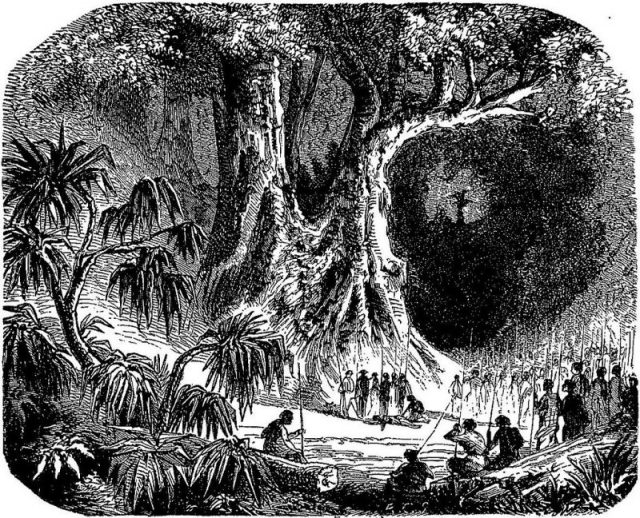 Another common trial was known as Trial by Fire, in which an individual would be required to hold a burning hot iron in his hand and then have his wounds bound with a bandage. After a certain period of time, usually three days, the wound would be undressed. If the wound was healed, it was believed that God intervened and healed the perpetrator. If the wound remained and had gotten worse, then he was proclaimed to be guilty.

Other types of ordeals involved placing an arm in boiling water to retrieve a stone from the pot. Afterwards, like the Trial by Fire, the arm would be bound for three days and the wound would be checked for festering to determine guilt or not. 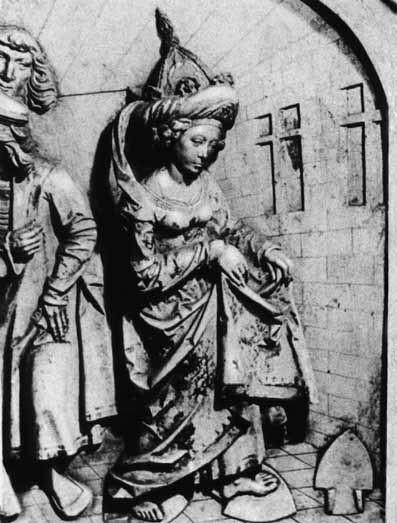 After being accused of adultery Cunigunde of Luxembourg proved her innocence by walking over red-hot ploughshares. 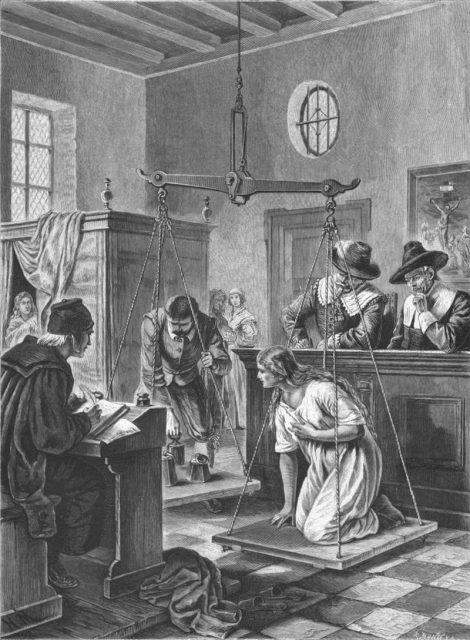 Ordeal by the scales in Oudewater. Engraving. XIX.

His plausible theory is that since the common man believed that divine intervention was a living, breathing thing that would happen, they would be more willing to submit to a Trial by Ordeal if they were innocent. This was primarily because an innocent man of faith would believe that God would preserve him. A criminal, who had the same type of beliefs due to the primarily religious culture of medieval Europe, would also believe that divine intervention would not happen and thus would refuse the trial and confess his crime, as to avoid the steeper penalties that came with failing an ordeal (usually execution or exile).

Awesome historical words that we should bring back

An important thing to note is the fact that Trial by Ordeals only happened when there were no reliable witnesses or evidence of the crime. This meant that in order to get a confession, the court would need some way to determine guilt. Trial by Ordeals were a good alternative to punishing the accused with torture to extract a confession, as Leeson notes that torture has the problem of getting both the innocent and the guilty to confess. Instead, the Trial by Ordeal gave the people the perfect vehicle for getting a premature confession by the guilty. 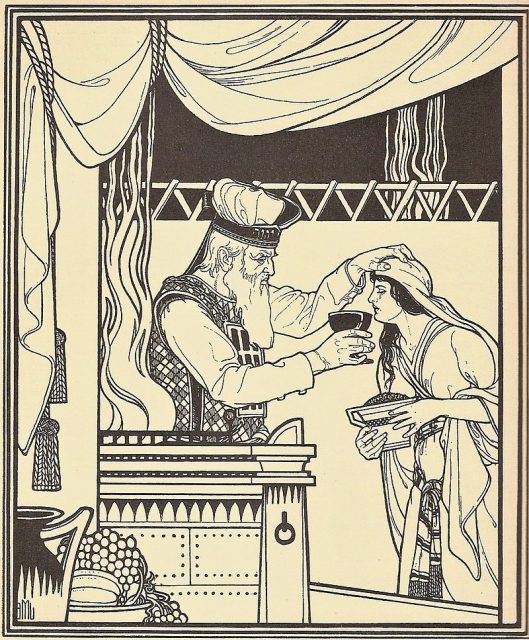 The question then remains, if a guilty man would confess or seek to somehow get out of a Trial by Ordeal, while an innocent man would submit, how then would the innocent man get true justice? Wouldn’t his hands be burnt terribly by the burning hot irons or by the boiling waters? Well, that is where the priests would come in. 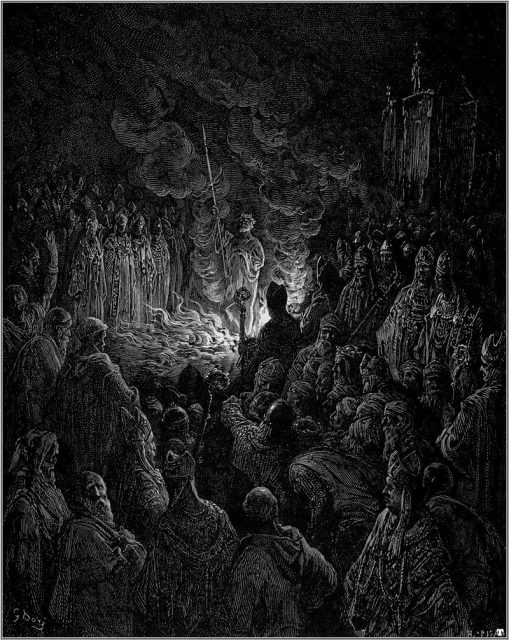 Peter Bartholomew undergoing the ordeal of fire, by Gustave Doré.

Since the clergy was closely involved with the legal trial, as they were the ones who were in charge of administering the ordeal, they would have a firsthand look at the state of the accused. A priest would be able to very quickly determine whether the accused was innocent or guilty based on their reaction to the ordeal. This opened up the possibility of manipulation of the actual ordeal itself. The priests were the only ones allowed to handle the instruments for the ordeal and it was done in the church behind closed doors. By making preparations such as the heating of the iron or the boiling of the water, a priest could very well simply make efforts to ensure that the instruments weren’t scalding enough to inflict physical damage. This would allow the accused to undergo the ordeal and be found innocent. 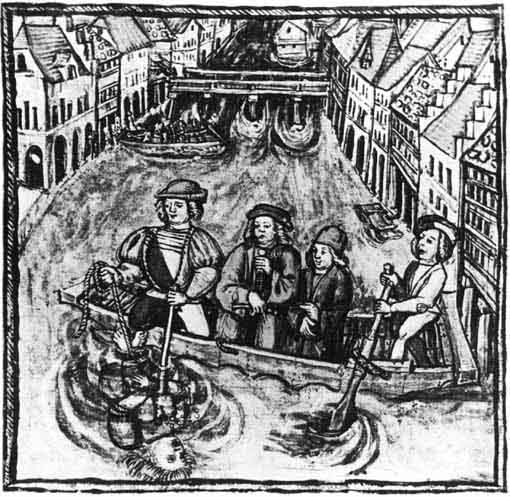 Water-ordeal. Miniature from the chronicle.

Since an innocent person was far more likely to accept Trial by Ordeal, the chances of being found innocent were actually quite high. This meant that while these trials might have seemed to be unjust and superstitious, the truth is that they were far more effective in sorting the guilty from the innocent than commonly believed.

Related story from us: Totally bizarre Illegal things in Medieval Europe – Stealing A Dead Whale, Playing Tennis (If You Were Poor)

While we definitely don’t want to go back to that medieval system, in an era where innocent until proven guilty did not exist, the Trial by Ordeals were a good way for the innocent to receive the justice they deserved.

« 19th Century Slave to Beauty: Empress Sissi’s Bizarre Hair, Cosmetics and Diet Rituals
How Denmark managed to protect most of its Jewish citizens from the Nazis in World War Two »