Never let it be said that Stephen Hawking was without a sense of humor. The Cambridge University professor, convention-exploding thinker, and best-selling author, who outlived a devastating ALS prognosis, was a complex genius who democratized science for interested masses.

And he had his fun making a point: Hawking joked about hosting a time-travel party for a bunch of people who never showed.

“I have experimental evidence that time travel is not possible,” Hawking told a room full of reporters at the Seattle Science Festival in 2012, in answer to a question about the possibility of time travel. “I gave a party for time-travelers, but I didn’t send out the invitations until after the party. I sat there a long time, but no one came.” 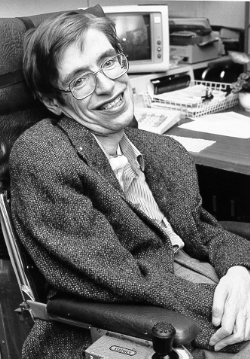 Stephen William Hawking was born in Oxford in 1942 to a family of eccentric doctors, philosophers, and mathematicians. His family lived in a run-down house, ate silent meals with each reading a book, and got around town in a decommissioned taxi cab.

Hawking was a graduate student when he was diagnosed with ALS, or Lou Gehrig’s disease, in 1963, and initially given only a few years to live.

He suffered depression, and ALS eventually reduced him to being able only to move one finger and his eyes. And yet he went on to become a generation’s thought leader on gravity, quantum mechanics, and black holes. 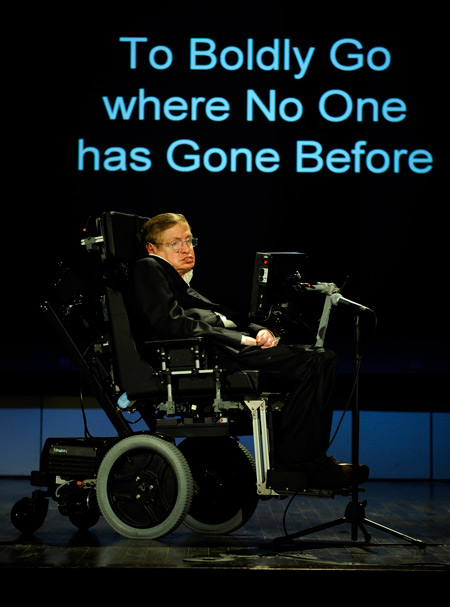 Hawking’s best selling book, A Brief History of Time, published in 1988, has sold 10 million copies. A biopic of his life, A Theory of Everything, released in 2014, starred Eddie Redmayne as Hawking, for which Redmayne won an Academy Award for Best Actor. 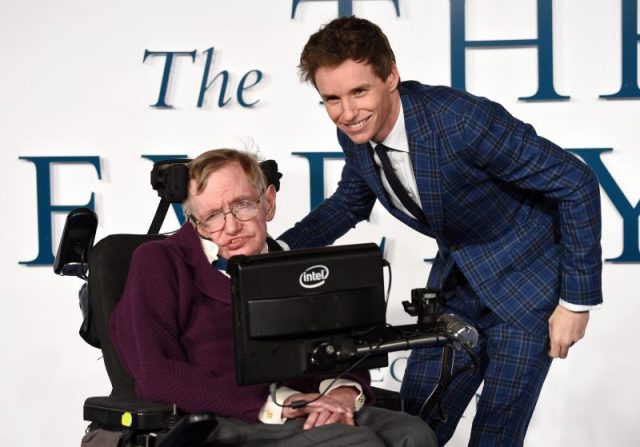 Professor Stephen Hawking and Eddie Redmayne attend the UK Premiere of ‘The Theory Of Everything’ at Odeon Leicester Square on December 9, 2014 in London, England. (Photo by Karwai Tang/WireImage)

“What would it take to make time travel a reality, and how would that affect the present reality?” a reporter asked Hawking at the 2012 Science Festival.

“We are all traveling forward in time anyway. We can fast forward by going off in a rocket at high speed and return to find everyone on Earth much older or dead. Einstein’s general theory of relativity seems to offer the possibility that we could warp space-time so much that we could travel back in time. 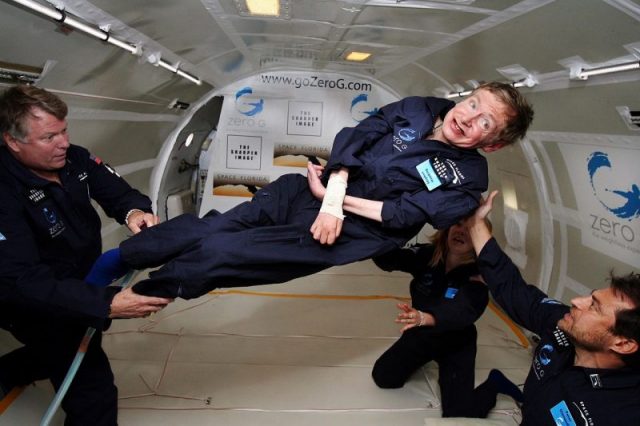 “However, it is likely that warping would trigger a bolt of radiation that would destroy the spaceship and maybe the space-time itself. I have experimental evidence that time travel is not possible. I gave a party for time-travelers, but I didn’t send out the invitations until after the party. I sat there a long time, but no one came.”

Hawking wasn’t (entirely) joking about his party, either. In June 2009, he “hosted” a party, filmed by the Discovery Channel.

Servers popped champagne corks and poured bubbly into flutes; a sign hung over the door saying WELCOME TIME TRAVELLERS. The camera panned to a grandfather clock ticking slowly toward 5 o’clock. 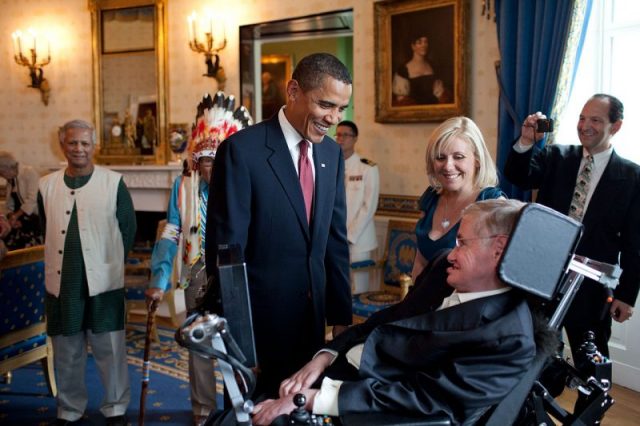 An invitation read, “You are cordially invited to a reception for Time Travellers, Hosted by Professor Stephen Hawking. To be held at The University of Cambridge.”

Naturally, since this was a party for people traveling back in time, Hawking didn’t send out the invitations until after the party date. And still, no one showed. 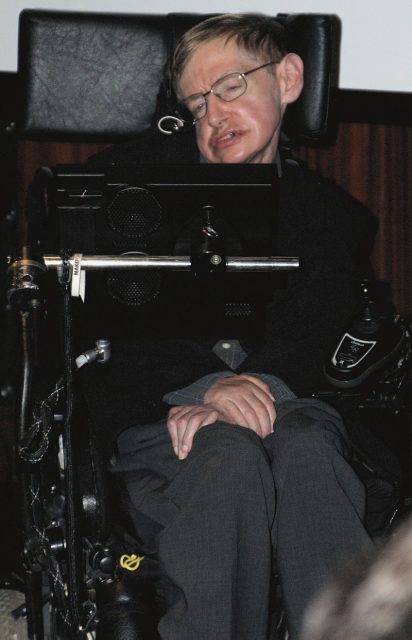 Hawking never tired of translating complex theoretical equations into understandable concepts for laypeople, which made him one of the most revered, and approachable, intellectuals of the century.

Related story from us: Stephen Hawking was born exactly 300 years after the death of Galileo and died on Einstein’s birthday

“You can ask what will happen to someone who jumps into a black hole, I certainly don’t think he will survive it,” Hawking said in 1978, as recounted in his New York Times obituary. “On the other hand, if we send someone off to jump into a black hole, neither he nor his constituent atoms will come back, but his mass-energy will come back. Maybe that applies to the whole universe.”

« Museum mystery: A copper coin may have helped to mummify the hand of a baby in Hungary
F. Scott and Zelda Fitzgerald’s 1930s home is now available as a nightly rental »