By now, we all know that President Abraham Lincoln met his end at Ford’s Theater, just after the end of the Civil War. But most people don’t know that Lincoln wasn’t the only casualty that evening.

In fact, the events of that night set the stage for an unspeakable tragedy that would unfold decades later—involving the couple who sat with President Lincoln and his wife, Mary.

The night of April 14th was supposed to be a night of celebration in the nation’s capital. Confederate General Robert E. Lee had surrendered days before and everyone was in high spirits.

Major Henry Reed Rathbone, a U.S. military officer and diplomat, and his fiancée, Clara Harris, were asked by President Lincoln to join him and his wife, Mary Todd Lincoln, for a performance of Our American Cousin at Ford’s Theater. 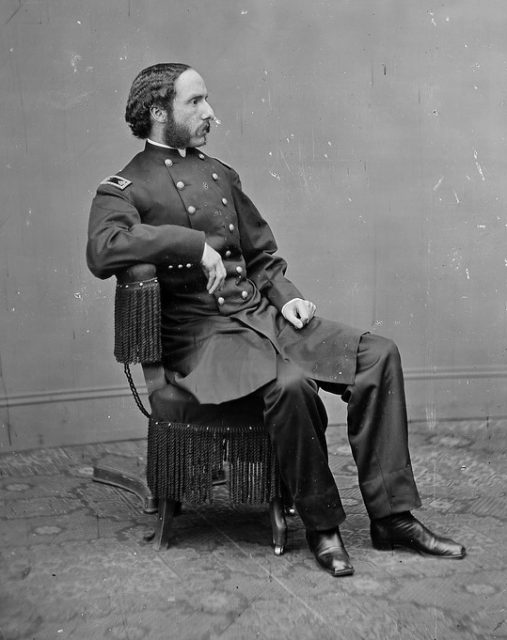 They arrived late—the play had already begun—but upon seeing Lincoln and his guests making their way to the Presidential box, the audience began to cheer. President Lincoln gave a modest bow, then the couples took their seats.

It was shortly after 10 o’clock when John Wilkes Booth, armed with a revolver and knife, entered the Presidential box and shot Lincoln in the back of his head. Rathbone jumped up and attempted to prevent Booth from fleeing. 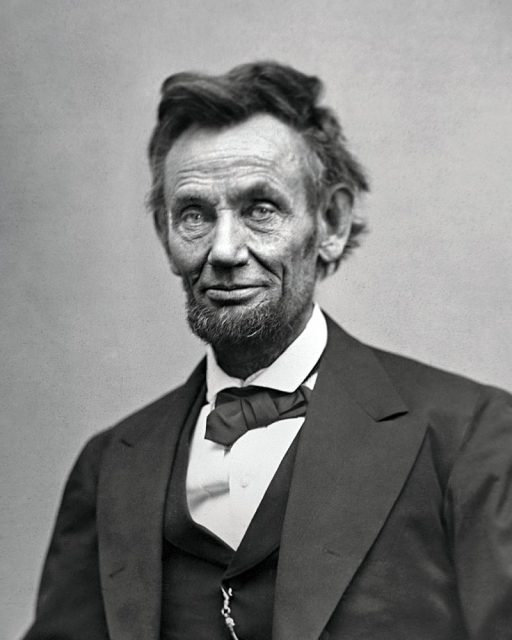 The two men tussled and Booth tried to stab Rathbone in the chest with a large knife he was carrying, but Rathbone was able to deflect the blade by pushing Booth’s arm upwards—in the process suffering a deep gash in his left arm, between his elbow and shoulder.

Despite his injury, Rathbone continued battling him, but Booth was able to escape by dropping to the stage, some 12 feet below. 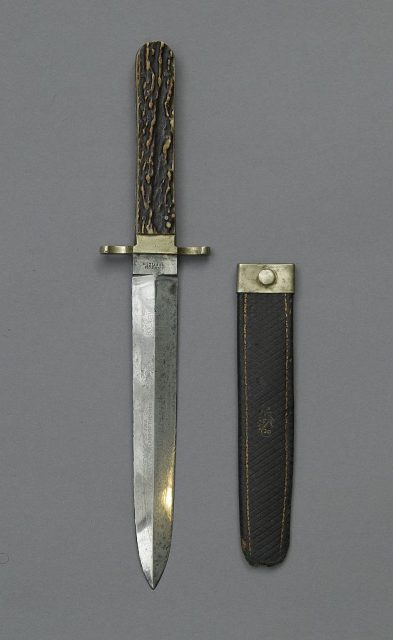 It was then that Rathbone returned to the President, still slumped in his chair. Sensing the seriousness of his condition, Rathbone hurried to get help. Dr. Charles Leale, a surgeon, was the first to reach the scene. After discovering a bullet hole in the back of Lincoln’s head, he suggested moving the injured man to a nearby boarding house for further examination. 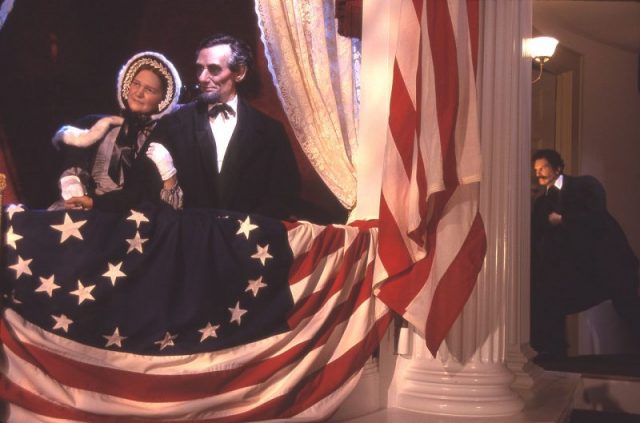 Rathbone and Clara tended to the First Lady as Lincoln was being looked over, when, quite unexpectedly, Major Rathbone passed out, due to the loss of blood, and he was taken back to his fiance’s home. While there, Rathbone became delirious, talking about the shooting and his guilt about not being able to apprehend Booth.

Related Video: The last surviving person who had been in Ford’s Theater that night went on a game show to talk about it in 1956.

Unlike the President, Rathbone would recover from his physical wounds, but both he and his fiancé would have a hard time dealing with the after-effects of the tragedy in the years ahead. 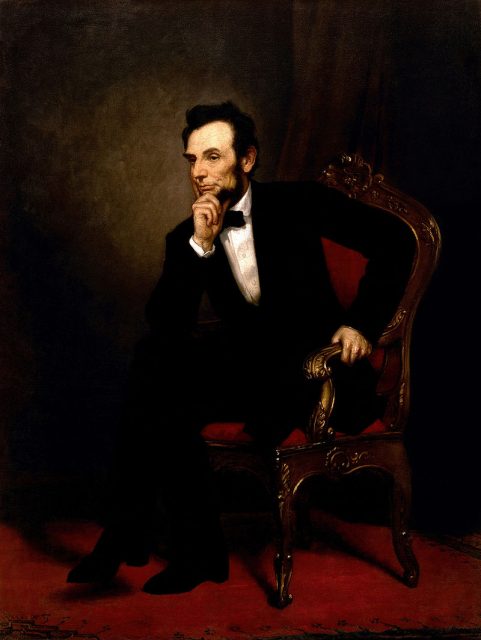 At one point, Clara Harris would make the peculiar decision of posing for Matthew Brady, a Civil War photographer, wearing the dress she had on the night of the assassination, still caked with her husband’s dried blood.

Afterwards, she placed the garment in the back of her closet, eventually having it entombed by a brick wall. Rathbone’s behavior was becoming increasingly unstable and over the years he was plagued by health problems, including chronic heart palpitations. 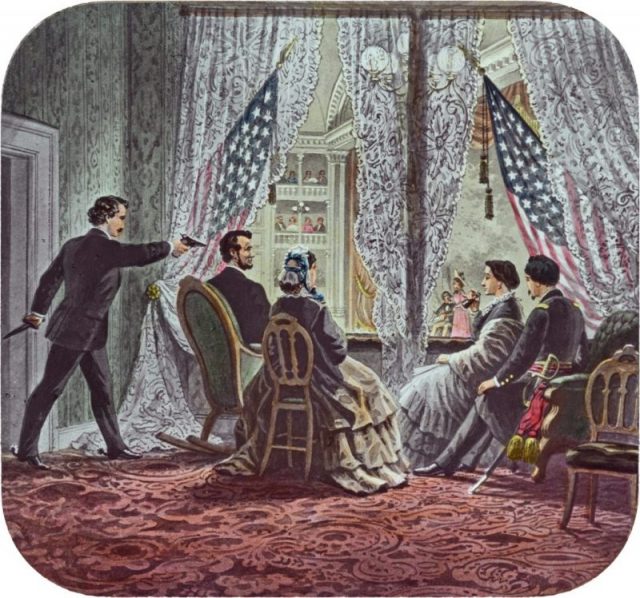 In 1867, Rathbone married Harris—who, by the way, also happened to be his stepsister—and retired from the army a few years later. The union proved precarious. 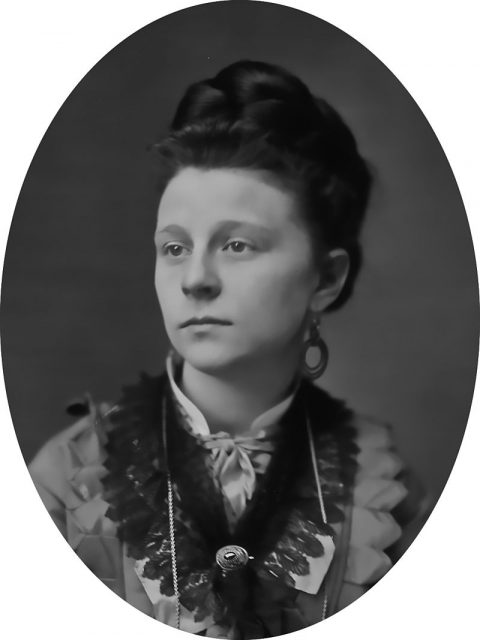 He retired from the army in 1870 and moved his family to Germany. If the couple was hoping a fresh start would help their marriage—or Rathbone’s mental health—they were sadly mistaken. Two days before Christmas, in 1883, Rathbone, gripping a revolver and knife in his hands, made his way to the bedroom of his children. 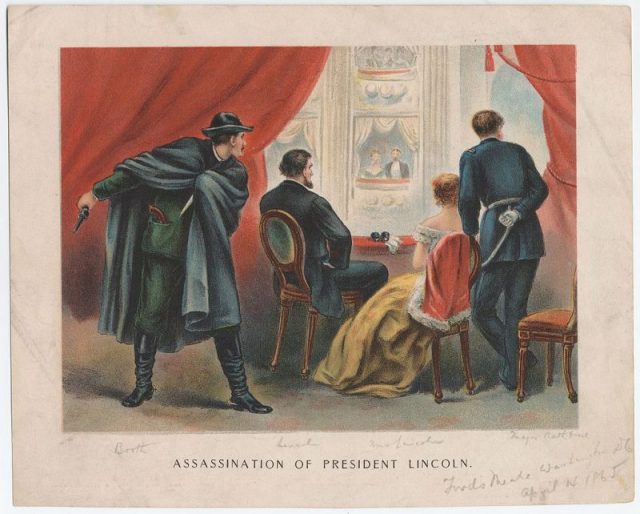 Clara, trying to stop him, was fatally shot and stabbed. Rathbone then stabbed himself five times in the chest, a suicide attempt that failed.

What caused his uncontrollable rage? Many traced his actions back to that fateful night at Ford’s Theater. Dr. G. W. Pope, who tended to Rathbone’s wounds decades earlier, observed, “I have no hesitation in affirming that the dreaded tragedy, which preyed upon his nervous and impressionable temperament for many years, laid the seeds of that homicidal mania.”

In short, it’s likely that Rathbone was suffering from severe post-traumatic stress. 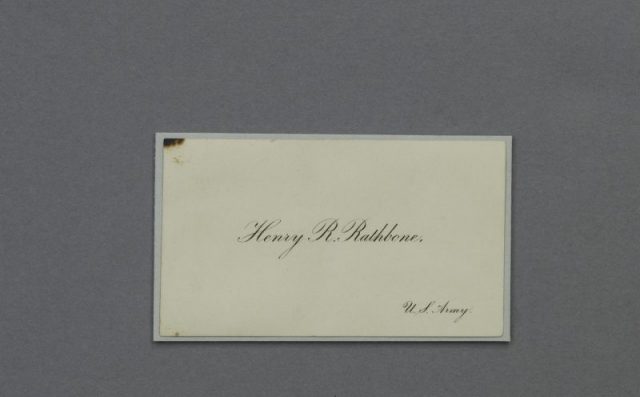 The broken man would never stand trial for his wife’s grisly end. He was declared insane and sent to the Provincial Insane Asylum, where he died in 1911, at age 74.

Related story from us: President Lincoln artifacts, including his famous stovepipe hat, could be auctioned if foundation can’t raise funds

In 1910, the year before his father’s death, Henry Riggs Rathbone reportedly broke down the brick wall his mother had built decades ago to shut out the past, recovered her blood-stained dress, and set it ablaze—an attempt to put an end to what he felt was a family curse.