The traditional dish served to Aztec royalty had a macabre ingredient

Every culture has its special-occasion food favorites.

For some that might be ham at Easter, a turkey feast at Thanksgiving, or something as simple as burgers and potato salad for a Fourth of July cookout.

In pre-Columbian Central America, elites had a treasured special-occasion stew called posole or, about as often, spelled pozole.

Instead of potatoes or beans, the key starch was hominy–a form of swollen hard-kernel corn with the hull soaked off. The hominy was simmered in a rich broth that also contained chili and red meat. 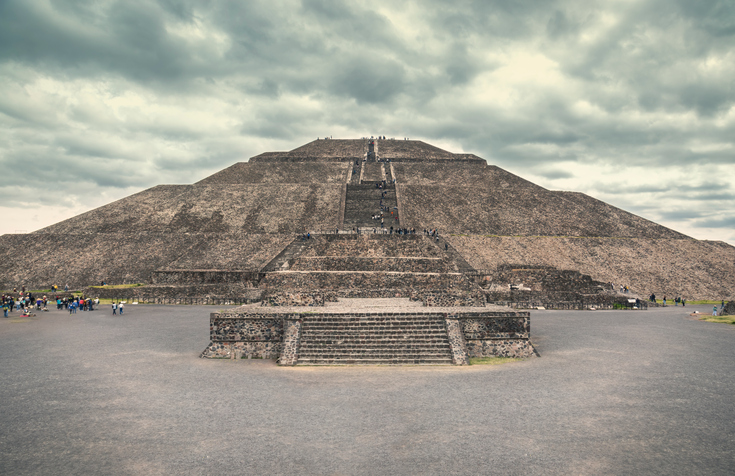 The Pyramid of The Sun in Teotihuacan, seen from the Avenue of Dead.

The religious occasion it was made for, however, was less special to some than others. In its classical form, the stew was only prepared after a human sacrifice to the Aztec gods.

This version of posole was only served to Aztec royalty and the highest priests, and human meat was forbidden to anyone else.

Commoners did have their own people-free posole recipes. However, their version was more often made with the meat of large night-dwelling rodents (up to 25 pounds) called the lowland or spotted paca. 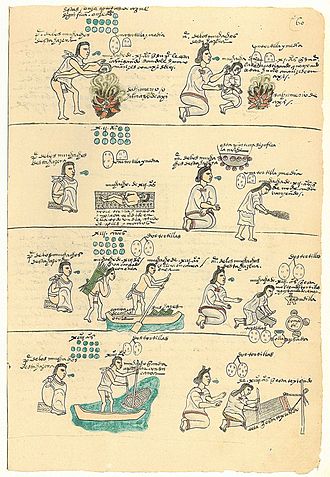 Folio from the Codex Mendoza showing the rearing and education of Aztec boys and girls, how they were instructed in different types of labor, and how they were punished for misbehavior

The more savage aspects of Aztec ritual sacrifice, and the stew served up afterward, is traced back to the 1400s, when a leader named Tlacaelel decided to upend the religious system.

In particular, Tlacaelel elevated the sun god Huitzilopochtli, who also wore the helmet of the god of war, as the Aztec’s pushed toward more militarism and expansion.

Part of their religious beliefs were that Huitzilopochtli required regular nourishment, food in the form of the freshly plucked human heart.

Where did that food come from? Most often, the source was their neighbors, the Tlaxcala.

“The Aztecs were a culture obsessed with death: they believed that human sacrifice was the highest form of karmic healing,” wrote historian Tim Stanley in a 2011 article for the magazine History Today. “When the Great Pyramid of Tenochtitlan was consecrated in 1487, the Aztecs recorded that 84,000 people were slaughtered in four days.” 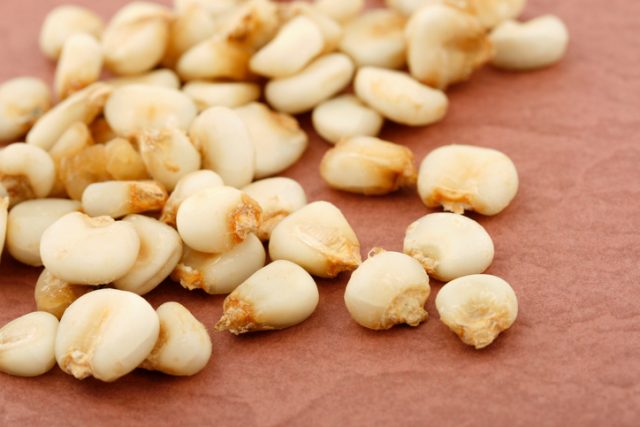 Close up of hominy.

Warning: The following is a bit graphic. Skip over if you are of tender nature.

Self-sacrifice of varying degrees was also recorded, Stanley wrote. People would pierce their own tongues, ears, and genitals to flood the floors of the temple with nourishing life blood.

Stanley’s number has been disputed–some say it was as few as 4,000 sacrifices for the temple, but nevertheless, the toll was staggering.

Later, in the 1500s, Spanish explorer Cortes and his men reported firsthand observations of human sacrifice.

Modern-time excavations of the Great Pyramid of Tenochtitlan and other sites have provided indisputable evidence of the practice. 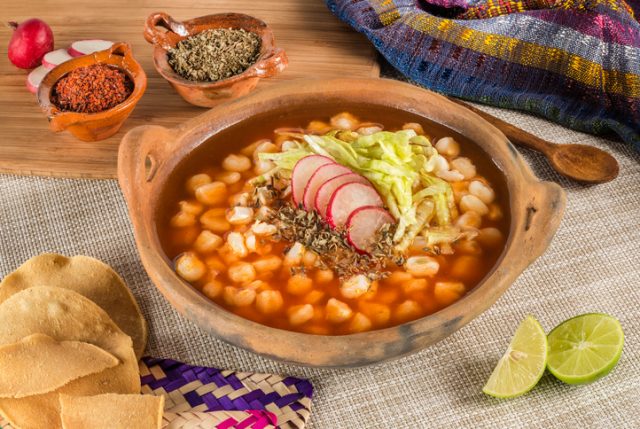 Delicious pozole made with corn grains

The practice of ritual human sacrifice was banned after the Spanish conquest, but the appreciation of a good hominy stew lived on. Pork was offered as an acceptable substitute meat source. In more recent times, chicken is often used.

These days, many celebrations are marked with posole-centered feasts, including Christmas and Mexican Independence Day. It is a meal known to satisfy large gatherings.

Along with a variety of meats, it can come in several sauces or broths–red, green and white–also the colors of the Mexican flag. 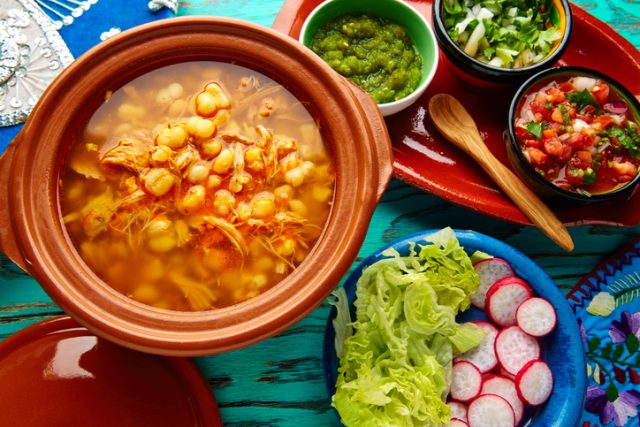 The key ingredients are meat, garlic, and hominy. Other add-ins include Mexican food staples such as hot sauce, chopped onion, shredded lettuce, lime juice, and avocado.

While the history of at least some versions of posole is dark, the modern-day dish itself is, well, to die for. Recipes are plentiful and it can be made with readily available, everyday ingredients.

Every civilization has had its dark moments. Don’t let the Aztecs’ stop you from enjoying this enticing treat.

« Charles Darwin, the father of the theory of evolution, was married to his first cousin
Dr. Seuss Criticized for Offensive Characters and Using the Word “Burp” »