Before there was Jayne Mansfield, Kim Novak, Debbie Harry, or Gwen Stefani, there was Marilyn. But the very first celebrity to rock platinum-blonde strands was the 1930s sex symbol Jean Harlow.

It was Howard Hughes who orchestrated the shocking new hue. The billionaire producer signed Harlean Carpenter (the actress’s real name) to a $100-per-week contract and cast her in his 1930 film, Hell’s Angels, as a two-timing vamp.

To publicize the movie, as well as his newest find, Hughes wanted to give Harlow an unforgettable nickname that would catch the eye of movie-goers, not unlike Clara Bow, who was known as “The ‘It’ Girl.” 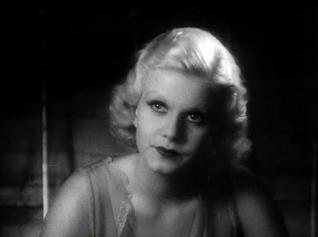 Some of the doozies that were being tossed around for Harlow: “Blonde Landslide” and “Darling Cyclone.”

To go with the new moniker, the actress’s ash-blonde hair was colored a white-blonde shade—transforming the sweet, down-to-earth Harlow into a siren-y sex bomb. 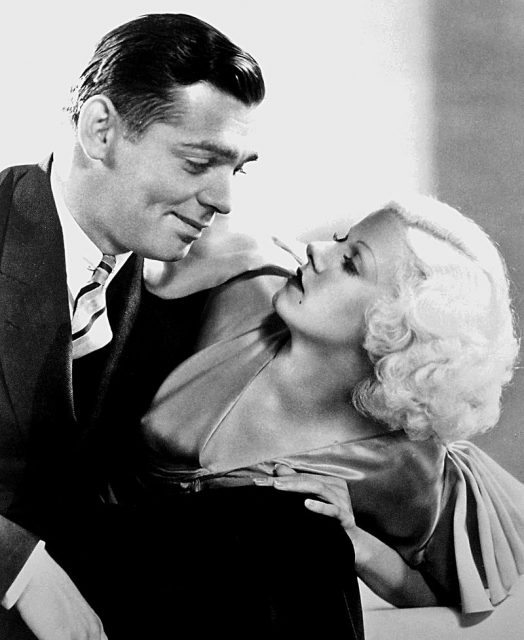 Completing the look: her eyebrows (shaved off, then drawn into an extreme arch) and lips (painted into a cupid’s bow.)

To publicize her film, the studio’s publicists offered $10,000 to any hairdresser who could match the color. 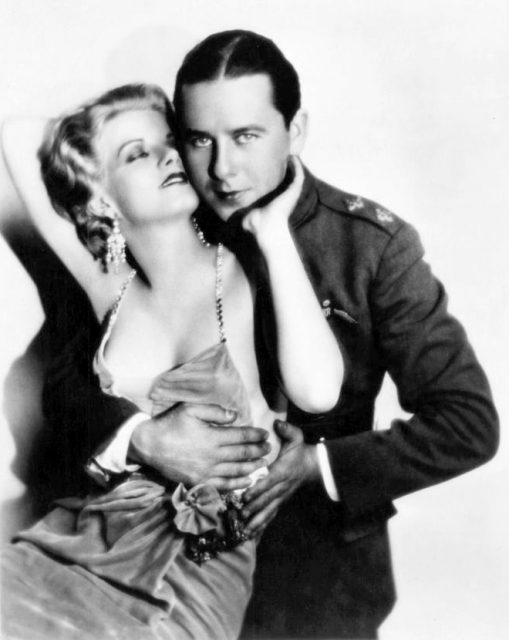 Naturally, no one could. Back then, there was no dye on the market that could make one’s hair as white-hot as Harlow’s. Her personal hairdresser, Alfred Pagano, revealed the secret decades later, saying, “We used peroxide, ammonia, Clorox, and Lux flakes. Can you believe that?” 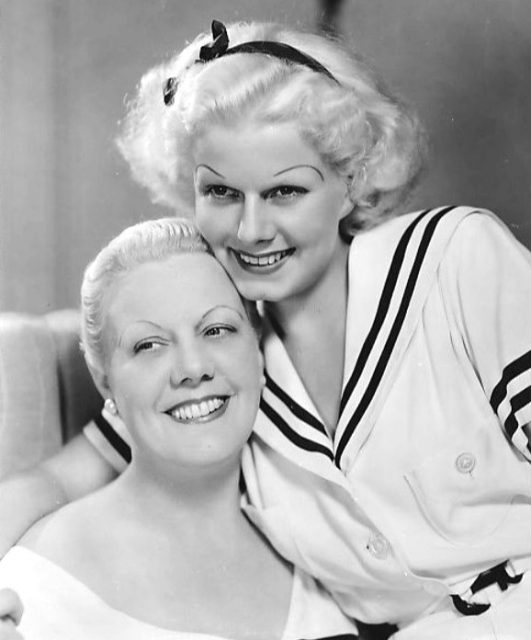 Jean Harlow with her mother in 1934

Making matters worse, Harlow repeated the painful process on a weekly basis. Definitely not fun, but the actress knew her hair was as much a part of her image as her curvy body, tart one-liners, and unforgettable brassy voice. 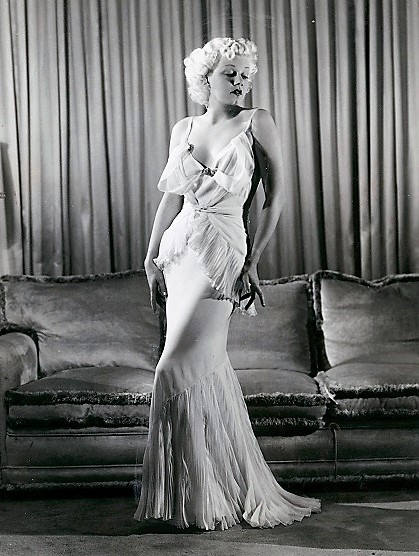 However, eventually, Harlow’s hair began to fall out because of the toxic treatments.

Quotes from the beautiful Marilyn Monroe.

Even so, this didn’t stop fans from trying to re-create the look, usually with disastrous results. (Decades later, Marilyn Monroe fared better with her platinum strands, though even she didn’t escape unscathed: One observer recalled, upon meeting Monroe, that the texture of the actress’s hair resembled cotton candy!) 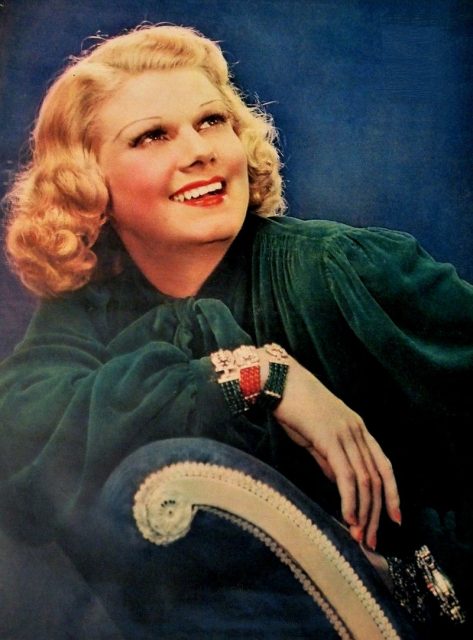 Photo of Jean Harlow from the cover of the “New York Sunday News” magazine.

In 1937, age 26, and at the height of her career, Harlow died of kidney failure and uremic poisoning.

Some believe that the heavy-duty dying process may have led to her demise. (Quick chemistry lesson: Ammonia and Clorox, when mixed, create hydrochloric acid, a noxious gas that can lead to kidney damage when inhaled.) But this, for the most part, has been discounted. 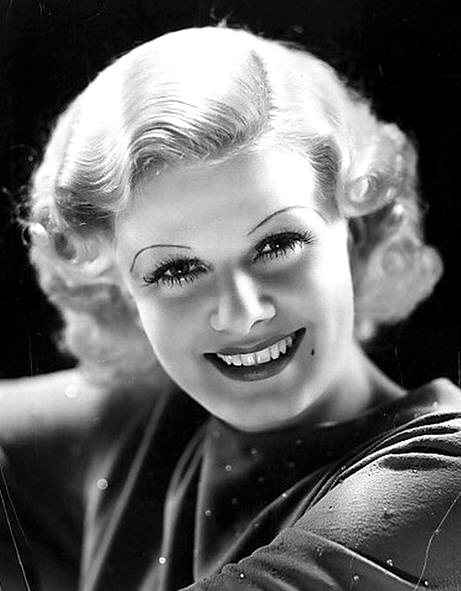 Most likely, Harlow’s kidneys were damaged—and the actress doomed—when she contracted scarlet fever at age 14. Kidney damage is actually a slowly progressing disease that can remain undetected for years.

Harlow was also plagued with a host of health problems during her short life, which reads like the “Health A-Z” section on WebMD—including polio, meningitis, pneumonia, multiple bouts of influenza, and alcoholism—though the harsh hair bleach probably didn’t help matters. 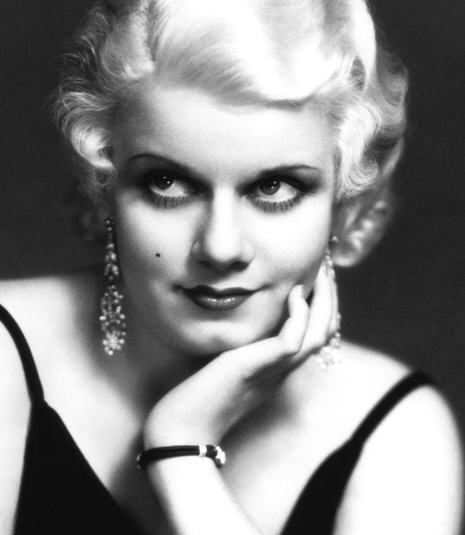 Nor did her movie wardrobe. Harlow’s famous white silk gowns—cut on a bias and sewn onto the actress—were so snug that she couldn’t sit down, or easily breathe for that matter, without bursting the seams.

Slant boards, were used to prop up the actress between takes. 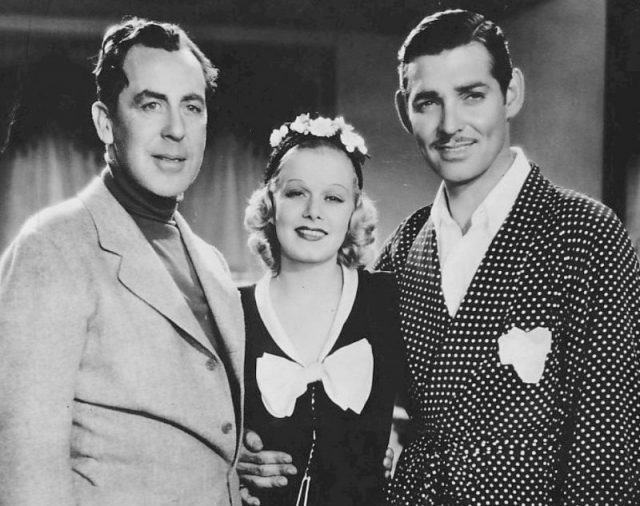 This photo of director Jack Conway, Harlow, and Clark Gable on the set of “Saratoga” was taken only minutes before Harlow’s collapse and was issued at the time her death was announced.

In Ronald L. Davis dishy book, The Glamour Factory: Inside Hollywood’s Big Studio System, Davis observed, “For the screen, clothes, above all, must be photogenic. Comfort and practicality were of little concern.”

Read another story from us: The strange friendship between Jayne Mansfield and Church of Satan founder Anton LaVey