The man who tried to assassinate Queen Victoria

There were eight official attempts on Queen Victoria’s life during her long and prosperous reign, with seven people making these attempts–one of them tried twice and failed.

Reasons varied, but they all seemed to agree on one goal―to assassinate the Queen and become immortalized as notorious individuals who changed the course of history.

Only vague political motives were involved, with the emphasis on personal issues with the British sovereign.

Although each of the seven assassins had a story to tell, the one concerning Edward Oxford strikes many as the oddest, as his vivid imagination and perhaps unbalanced mind led him to create a fictional army and coup d’etat, and an assassination attempt after which he was imprisoned in a State Criminal Lunatic Asylum. 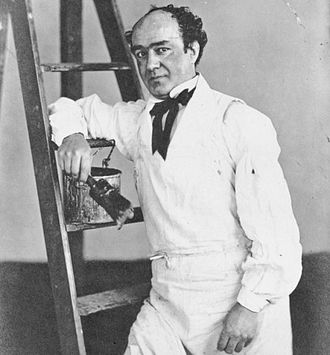 In the second half of his life, Oxford moved to Australia and reinvented himself using a fake name to become a house painter, a churchwarden, a journalist, and a writer.

Growing up as the third of seven children of Hannah Marklew and George Oxford, young Edward lived through hardships worthy of a Dickens novel.

In fact, the famous Victorian author even made a reference to Oxford’s act in his novel The Old Curiosity Shop. 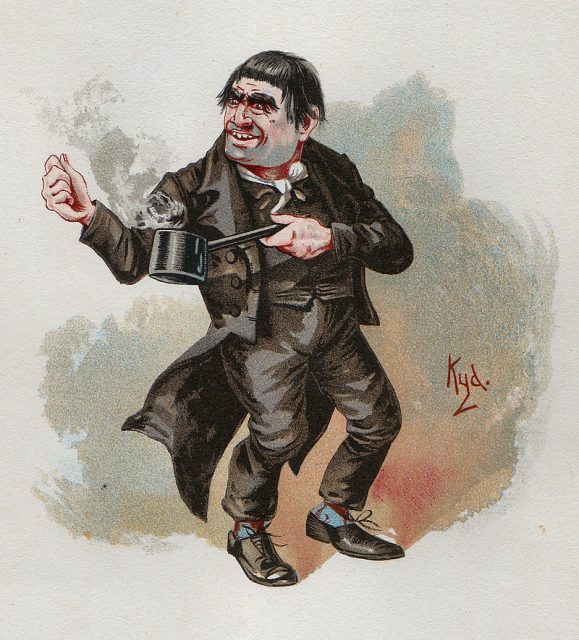 Watercolour of Quilp from The Old Curiosity Shop.

Oxford’s father died when he was seven, forcing him to seek out work from an early age.

Frustration took hold, as his life revolved around waiting tables in London’s pubs and a constant struggle with poverty while living with his mother and many siblings.

Apparently, illusions of grandeur took hold as well, for, in May 1840 at the tender age of 18, Oxford bought a pair of pistols, together with a powder flask.

He started practicing in various shooting galleries, which soon became his favorite pastime. 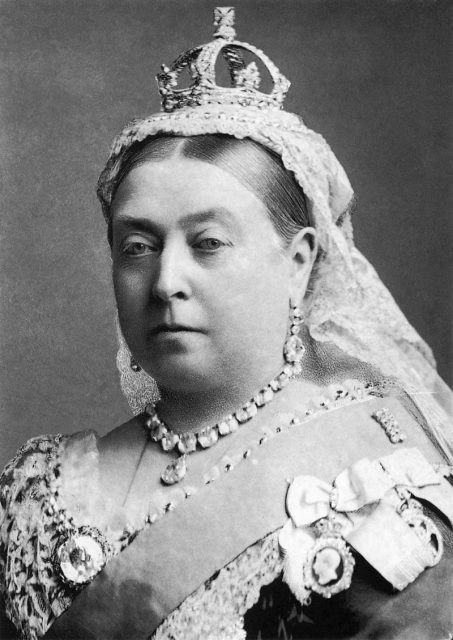 Edward learned of Queen Victoria’s evening routine of riding in an open carriage on Constitution Hill, near Buckingham Palace, so he decided that this was the ideal opportunity for him to strike.

The Queen was at the time four months pregnant with her first child and enjoyed the evening rides with her husband, Prince Albert, while being accompanied by a light escort of only two riders.

Two hours later, she did, exactly as Oxford predicted. In excitement, he stormed the carriage, firing two successive shots from both of his pistols but failing to hit the Queen and her husband. 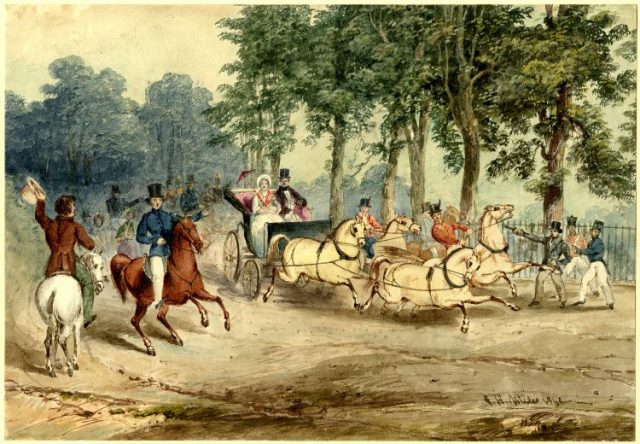 A moment of silence followed the shots, as everyone stood in awe. In a rather relaxed fashion, compared to what he just did, Oxford approached the carriage and pronounced the following words:

He was immediately apprehended and imprisoned. Once in custody, he asked of the Queen’s health after the event. Then the police chose to ask him a question―one that would greatly influence the decision of the court that followed. 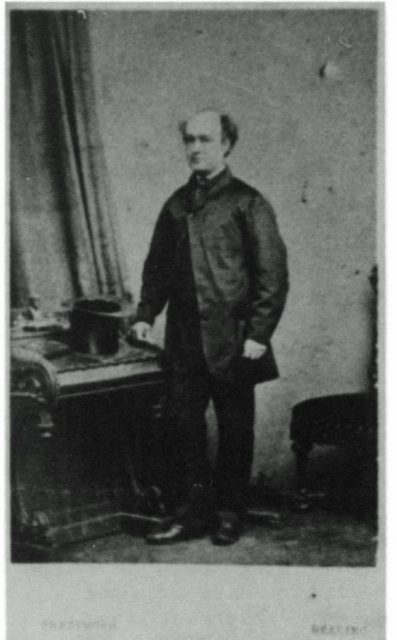 They asked him whether the guns were loaded with bullets when he fired. Edward Oxford answered affirmatively.

When the police searched his lodgings, they found a sword and scabbard, two pistol-bags, powder, a bullet-mold, five lead balls, and percussion caps.

The greatest quotes from Queen Victoria.

Weapons worthy of an assassin, for sure, but what struck them the most was that among his personal belongings they had found an elaborate rulebook containing imaginary protocols of a fictitious military society called “Young England,” of which Oxford was the chairman and the only member, for that matter.

Together with this manifesto was the list of officers and their correspondence, all of which were a figment of Oxfords imagination.

A thorough investigation concluded that he acted alone and that his sanity should be questioned.

It remained unclear whether the guns were loaded at all, despite Oxford’s claims, because the police failed to retrieve any bullets from the site after an extensive search. 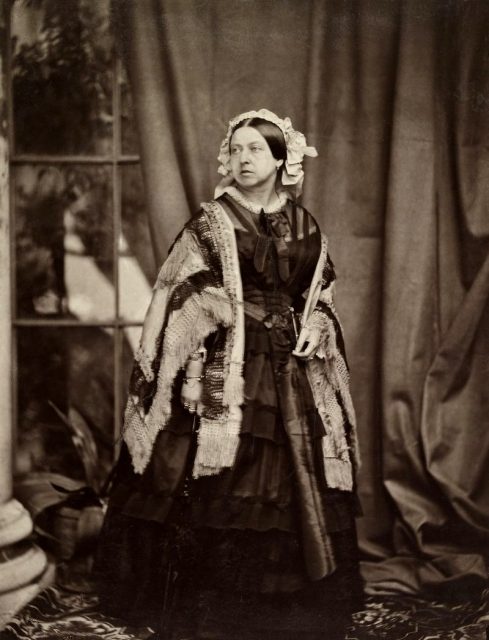 On July 9th, the court was in session. During the following day, the jury declared a verdict―”not guilty by reason of insanity.” Oxford was transferred to the Bethlem State Criminal Lunatic Asylum, where he spent 24 years.

During this period, he was offered a second life, or at least to prepare for one.

He excelled in various activities like chess and draughts, played the violin, and learned several languages, of which French, German, and Italian he perfected to the level of fluency while obtaining knowledge of Spanish, Greek, and Latin. 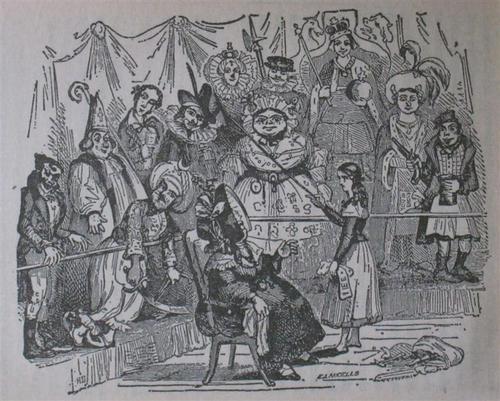 Oxford found real passion in painting, achieving acclaim among both the staff and the fellow patients.

As the years progressed, he changed his story, aligned with the notion that the guns were loaded with nothing but powder and that the whole plot was his desperate attempt to reach fame and notoriety.

He was released in 1864, under the condition to leave the United Kingdom for good and settle in one of its colonies.

So he traveled to Australia, where he adopted a quite convenient name for a person who spent 24 years incarcerated―John Freeman. 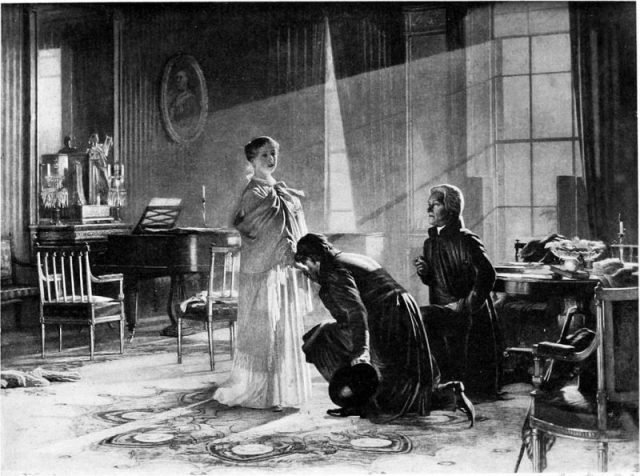 Victoria receives the news of her accession from Lord Conyngham (left) and the Archbishop of Canterbury. Engraving after painting by Henry Tanworth Wells, 1887.

Freeman started pursuing a career in house painting. In 1881, he became a churchwarden of St Paul’s Cathedral in Melbourne. He also married a widow with two children and started to lead a family life worthy of a reformed and respectable citizen.

Soon he started working as a part-time journalist for The Argus―one of the most popular daily newspapers in Australia of the time.

He wrote under a pseudonym―Liber―which was basically a Latin variation of his invented surname. Usually Liber wrote about socially involved topics, such as the life in Melbourne’s slums, markets, and racetracks, reporting about the everyday occurrences and anecdotes of common folk.

Albert, Victoria and their nine children, 1857.

These reports later served as the basis for his book Lights and Shadows of Melbourne Life. Edward Oxford, also known as John Freeman and also known as Liber to his readers, passed away in 1900.

One year after her would-be assassin, Queen Victoria left this mortal coil as well.

Remarkably, Oxford’s widow and the two stepchildren appear to never have learned of his previous life in England and his attempt to assassinate the Queen.

Nikola Budanovic is a freelance journalist who has worked for various media outlets such as Vice, War History Online, The Vintage News and Taste of Cinema. His areas of interest are history, with a focus on military history, literature and film.