The rise and fall of Baby Doe Tabor. Once lauded as the most beautiful woman of the West, Elizabeth McCourt Tabor, widely known by her nickname Baby Doe, was the embodiment of a rags-to-riches story, with an unfortunate twist which brought her back to rags. In 1935, when she died, the newspapers wrote about her death as a trivial remnant of an age long passed:

Fortunes thrown away. Widow of Tabor freezes in a shack.

Baby Doe died penniless, guarding a silver mine in a time when silver had lost most of its value. She inherited the mine from her husband, who died 36 years before her. 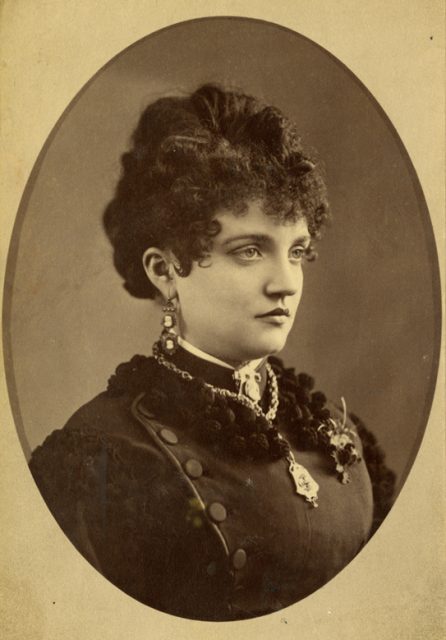 But first let’s investigate exactly how she garnered a “reputation of one of the most beautiful, flamboyant, and alluring women in the mining West.”

Elisabeth Tabor, neé McCourt, was born in 1854, in Oshkosh, Wisconsin, to a Roman Catholic family, as a fourth child of eleven. Her father, a partner in a clothing store, was also the owner of the town’s first theater. From an early age, Elizabeth was taught by her mother that her external beauty is her best investment, so she was spared from daily chores.

Her strict father protested this treatment and, despite the girl’s wishes to become an actress, he insisted she work in the family clothing store. 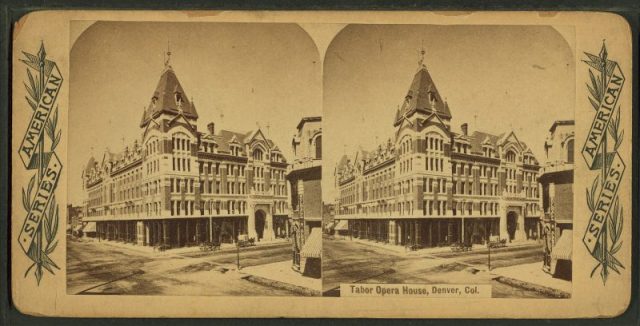 Still, her looks, together with her attitude, were bound to take her out of the small Wisconsin town. In 1876 she was the only woman to enter a skating competition — which she won.

This scandalized the small town community as she was wearing a costume which exposed parts of her legs. However, her act simply bedazzled her future first husband, Harvey Doe. 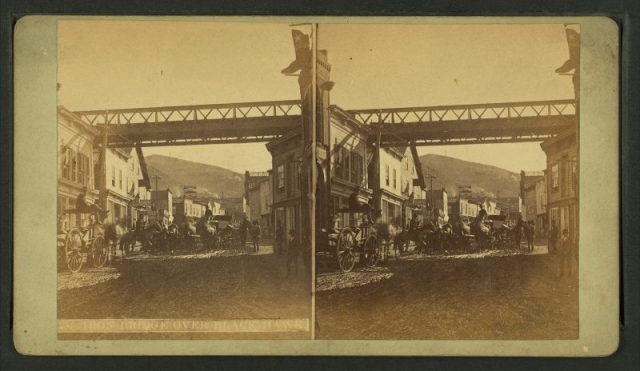 View of Black Hawk during the period Baby Doe Tabor lived there.

Harvey and Elizabeth soon married and moved out to Central City, Colorado, to look after Harvey’s father’s mining investments. Elizabeth soon realized that her husband wasn’t really capable of overseeing a mining operation, so for the sake of both of them, she took matters into her own hands. Allegedly, this was the time Elizabeth earned her nickname, as she would dress in men’s clothes and go down the shaft, together with other miners, earning their respect and admiration.

Needless to say, the women of the Colorado town in which the couple resided weren’t so pleased by this. 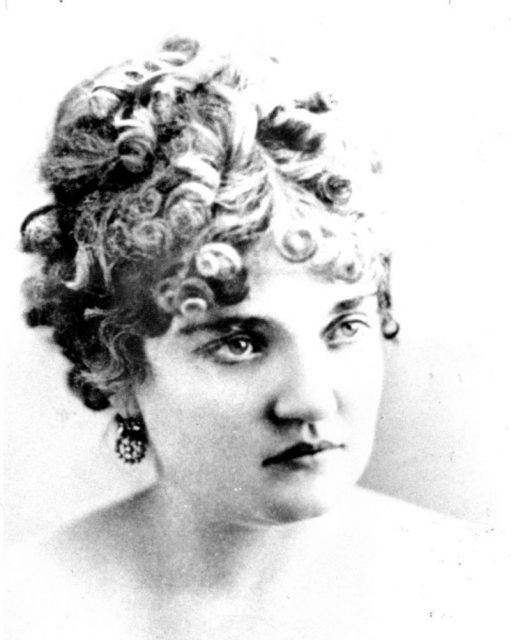 Baby Doe’s reputation seemed to follow her wherever she went. Beautiful, extravagant, and capable of challenging strict gender roles with natural charm ─ she was every husband’s dream and every wife’s nightmare.

While her own husband drifted into drink, Baby Doe started an affair, which would later lead to a miscarriage and a subsequent dissolution of their marriage.

Nearly ostracized by the community, faced with the shame of adultery and with an incompetent drunkard of a husband, Elizabeth Doe moved to the nearby town of Leadville.

Once again, she became the unofficial queen of yet another small town of the West. Her beauty attracted many suitors, but how could they stand a chance against Horace Tabor, the silver magnate, who was known to mine $2,000 worth of silver on a daily basis? 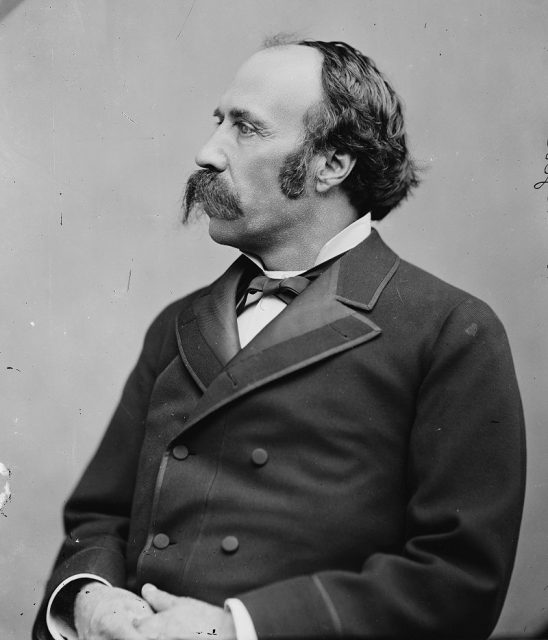 Photograph of Horace Austin Warner Tabor, taken between 1870 and 1880.

Tabor, owner of the wealthy Matchless Mine, who was married to his life-long companion, Augusta, fell madly in love with young Baby Doe. The man who the locals called the Bonanza King of Leadville decided to end his marriage to great shame, as his affair with the 24-years-younger Elizabeth became public.

As soon as his marriage was over, Tabor married Elizabeth, who even lied about her age at the wedding, claiming she was 22, while in fact, she was 28 years old. Vanity sure ran deep with this seductress, as her wedding dress alone cost her new husband $7,500. In today’s worth that is the equivalent of around $178,000. Add a $2 million diamond necklace, and the attendance of the then-President of the United States, Chester A. Arthur, together with other high-profile guests, and you have yourself a Baby Doe-styled wedding.

Once again, the townspeople were infuriated. 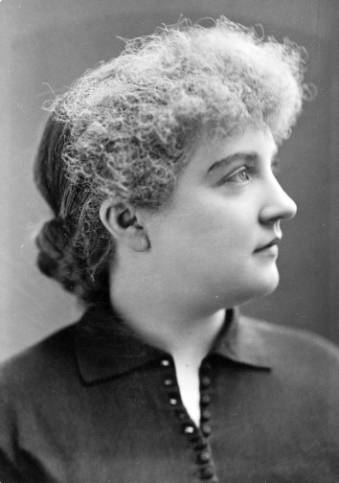 The couple moved to Denver, as their marriage soon bore fruit. In 1884, their first daughter, Lilly, was born. Five years later, another little girl was born. To pay respect to their fortune and the Matchless Mine they named her Silver Dollar.

But their happiness didn’t last long. In 1893, the cost of silver was plummeting due to an economic crisis that would affect every sector of the American economy. The Matchless Mine soon stopped extracting ore, as silver became practically worthless. The Tabors were forced to sell everything they owned. Since the paychecks were running late, most of the workers left and at one point even the great King of Silver himself had to go down to the pit as a manual worker. 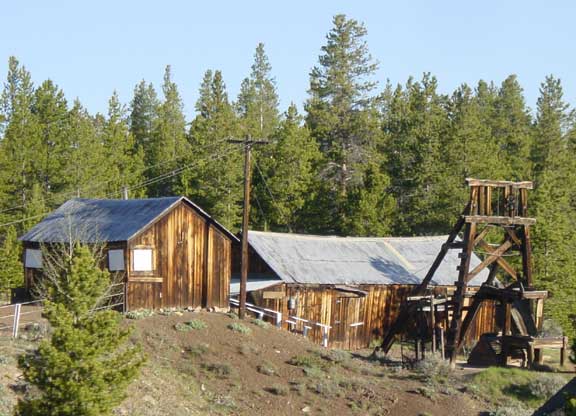 Matchless Mine and Baby Doe Tabor cabin. Photo by Plazak CC BY SA 3.0

Horace’s health deteriorated, but even on his deathbed, he couldn’t say goodbye to the mine that brought him so many riches. Allegedly he told Baby Doe, just before his death,“Hang on to the Matchless. It will make millions again.”

Convinced by her late husband’s words, Baby Doe refused any notion of selling the mine, even though its production was put to a bare minimum. Reduced to the mine as her only property, she settled in a makeshift shack under squalid living conditions.

Eventually she lost all ownership rights for the Matchless and was forced to sign it off. As a blessing, or as a curse, the new owners allowed her to continue living in her shack, as she had no other place to go. 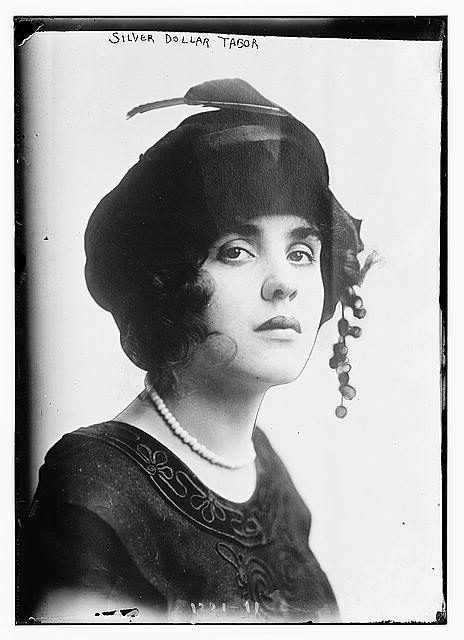 Baby Doe, just like the worth of silver, plummeted from being the best-dressed woman of the West to becoming an old lady whose feet were wrapped in gunnysacks to keep out the cold. She was found frozen one morning in 1935, on the floor of the shack.

Related Article: Annie Oakley – The Most Famous Woman of the Wild West

Nevertheless, the legend of Baby Doe served as inspiration for an opera and even a motion picture. Her story is one of great success and tragic downfall — so often seen in the times of gold rush and the mining boom towns of the West.