Before O. J. Simpson stood trial for the murder of his wife Nicole Brown Simpson, there was another doomed celebrity romance—this one playing out against the glitzy backdrop of Aspen, Colorado—that captured the imagination of the world.

They were the “it” couple of Aspen. Blonde-hair, blue-eyed Spider Sabich, a member of the U.S. ski team at the 1968 Olympics and competitor on the pro ski circuit, was one of the most popular skiers in the late 1960s and early 1970s. Born Vladimir Peter Sabich Jr., the grandson of Croatian immigrants, the handsome bachelor was believed to be the inspiration for the Robert Redford character in the 1969 film Downhill Racer. 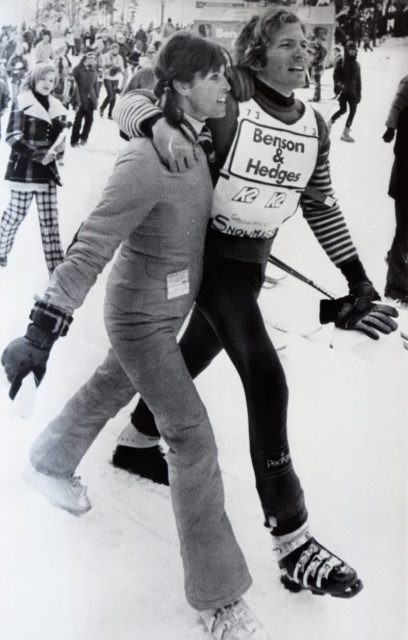 Claudine Longet was a French-born singer and actress, best known for being the former wife of singer Andy Williams. In 1972, the two met at a celebrity ski race in Bear Valley, California, and quickly became an item. Not long afterwards, Sabich would invite Longet and her three kids to move in with him in his luxury chalet pad, located near his good friend, singer John Denver. (Sabich was 31, Longet was 34.) The two would become a fixture of the glitzy ski community’s party scene.

By 1976, though, the fast-living lifestyle was taking its toll. Friends of the skier thought Longet was possessive and clingy—and gossiped that the laid-back bachelor wanted her to move out, because she and her kids were cramping his lifestyle. Longet, apparently, wasn’t having it. 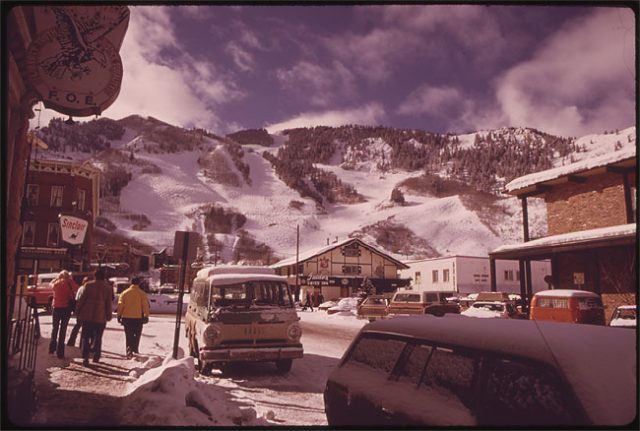 On March 21, 1976, the police were called to the couple’s home and discovered the skier’s crumpled, bloodied body on the floor of his bathroom. Sabich had been shot in the stomach, at close range, with an imitation World War II model Luger pistol, given to him by his father.

Police searched the crime scene and bagged the weapon along with some papers, including Longet’s diary. Sabich died in an ambulance on the way to the hospital. Longet—who admitted to shooting Sabich, but insisted that the weapon went off by accident—was arrested and charged with reckless manslaughter. 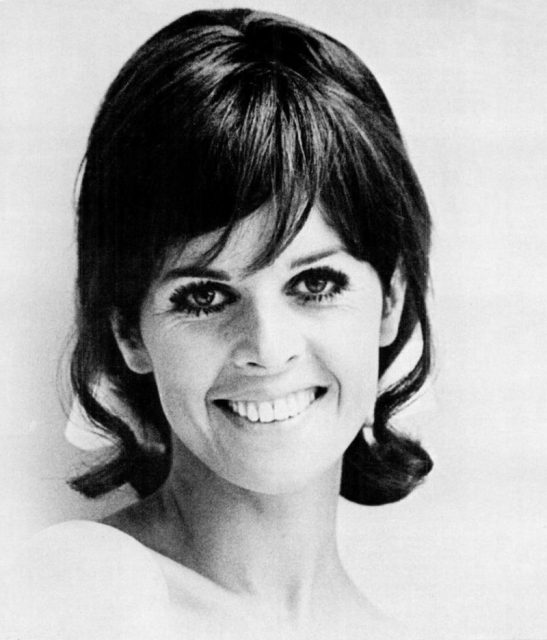 The trial was a media sensation. Press from all over the world, obsessed with the trial and its tawdry details, descended upon Aspen—as did Longet’s ex, Andy Williams, who stood firmly by his former wife, paying for her high-priced legal team and accompanying her to the courthouse each day.

The proceedings lived up to their billing. In a deposition, Longet’s 12-year-old daughter, Noelle, who was at the chalet at the time of the shooting, said she heard Sabich shout, “Claudine! Claudine!” followed by her frantic mother dialing 911.

Prosecution witness Roy Griffith, chief of security at the mountainside subdivision where the couple resided, said he thought Longet had been “ringy” the day of the shooting (which many believed was code for “crazy”). Taking the stand in her own defense, Longet tearfully described how the gun accidentally discharged as Sabich was showing her how it worked. 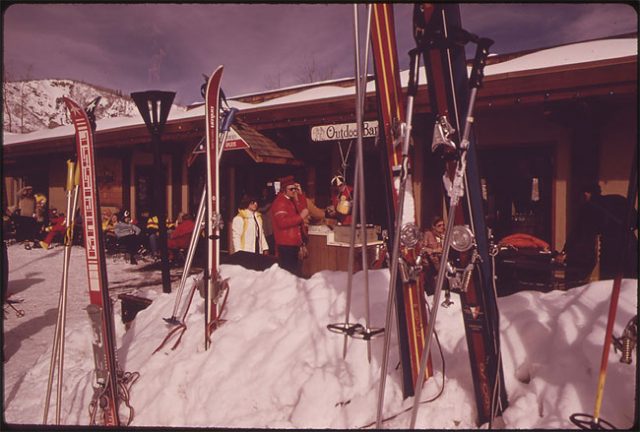 Open and shut? Not quite. The Aspen police made two crucial errors that helped Longet’s defense: They took a blood sample at the time of her arrest and bagged her diary—both without a warrant. Prosecutors would later argue that the blood sample contained traces of cocaine, while the diary provided proof that the couple’s relationship at the time of the shooting was shaky. But both pieces of evidence were ruled inadmissible.

Prosecutors then moved to Plan B: using forensics to make their case. For one thing, they maintained, when Sabich was shot, he was at least six feet from Longet and facing away—definitely not consistent with someone showing his girlfriend how to fire a gun.

On January 31, 1977, after just four hours of deliberation, the jury returned a verdict: guilty of misdemeanor criminally negligent homicide. It was a huge blow to the prosecution who was seeking a charge of reckless manslaughter. Even so, Longet was crestfallen. 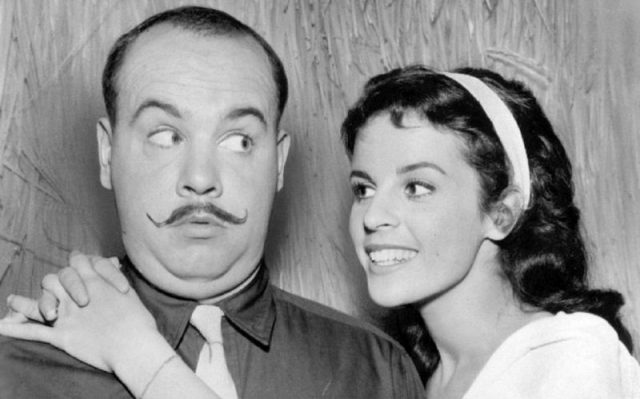 At the sentence hearing, wearing in a floral mini-dress, she begged Judge George Lohr for mercy, saying her children might become resentful “against a system that would send the mother” to jail.

Though Lohr felt sorry for Longet, he sentenced her … to a mere 30 days in Aspen’s Pitkin County Jail, at a time of her choosing. He also put Longet on two years’ probation and fined her $25.

On April 18, 1977, Longet began serving time. (Since she divided her jail time over various weekends, it would take her years to serve the entire sentence.) What’s more, Longet was granted permission to repaint her drab cell in more cheerful hues. All of which made Longet despised by the residents of Aspen, who believed the beautiful celebrity got away with murder. 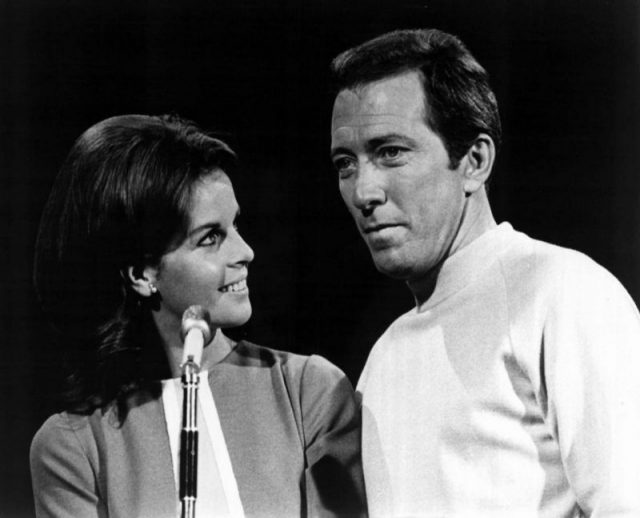 Making matters worse: Longet starting dating her defense co-attorney, Ronald Austin, who was married with two children at the time of her trail. Even outside the close-knit community, the backlash was fierce.

On April 24, 1976, an episode of Saturday Night Live featured a skit entitled “The Claudine Longet Invitational,” in which male skiers were “accidentally” shot by Longet at the end of a slalom race. (The producers of SNL were forced to issue an apology when threatened with legal action.) 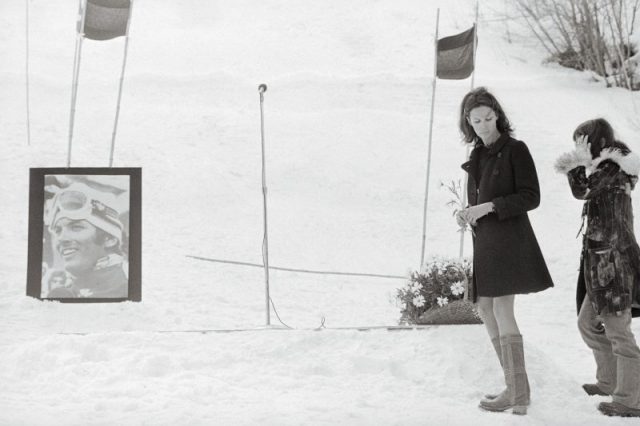 Mick Jagger composed a song about the case entitled “Claudine.” Among the lyrics: “Now only Spider knows for sure/but he ain’t talkin’ about it anymore/is he Claudine?/There’s blood in the chalet/And blood in the snow/Washed her hands of the whole damn show.” The song was supposed to be included on The Rolling Stones’ 1980 “Emotional Rescue” album, but due to legal pressure, the group abandoned the song before the album was released.

In 1978, Longet signed a confidentiality agreement with Sabich’s parents—prohibiting her from ever writing or talking about the shooting—after they agreed to drop a $1.3 million civil suit against her.

On June 1, 1985, Longet married Ron Austin and the two settled down in Aspen, where they still live as of the time of this writing.

« Victorian burlesque dancers and their flamboyant costumes
In 1990, a baby was born while aboard a Turkish Airlines flight; now he works for the airline company »