The world of mystery and mysticism is filled with a cornucopia of stories, much of which were born out of legends and myths. The bizarre story about the Octavius ship is one of them and quite intriguing. It is a tale that involves a mysterious disappearance and a Captain, frozen stiff, still seated behind his desk and a crew that suffered the same fate. 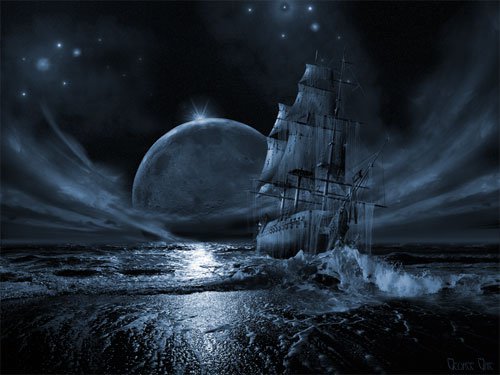 Some say that this is not a mere legend. It was October 11, 1775, when the whaler ship Herald stumbled upon a rather strange looking schooner. The crew of Herald thought it suspicious that the badly weather-beaten boat was drifting, and decided to give it a closer inspection. 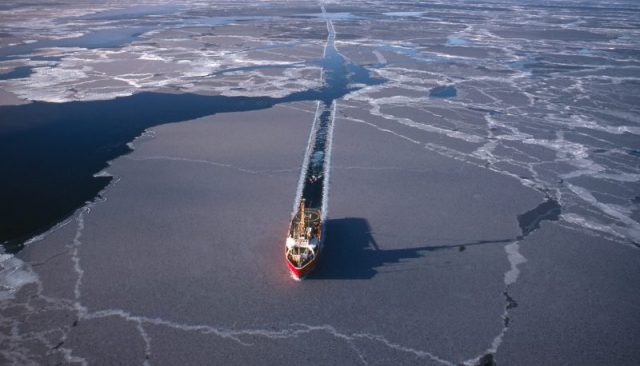 An ice breaker makes a path in the Arctic Sea

They boarded the drifting Octavius. There they discovered the reason why there was no activity on deck. But to fully grasp this legend, one must travel back to 1761 for that is when the journey for Octavius began, fourteen years before she was found by the Herald. Leaving the port of London, the 28 sailors began their journey towards China.

Fast forward to 1775, and Herald’s crew makes its way slowly through the eerily quiet ship. Below deck they discovered the 28 sailors, frozen stiff, motionless and blue.

When they finally reached the Captain’s office, they found him behind his desk, also frozen. The legend has it that he was still holding his pen as if he was frozen instantly. Herald’s crew reported that the whole crew shared this same characteristic as if they were models in a waxworks museum.

When Octavius began its journey in 1761, the Captain carefully wrote the date in his logbook. This same document was found on his desk 14 years later but the last entry in it was from 1762. The thirteen years between 1762 and 1775 were nowhere to be found.

The Octavius took the dangerous northwest-passage. Photo by Hannes Grobe/AWI.CC by 3.0

With the realization that they are on board a ghost ship, the men left Octavius and joined the rest of their crew back on board the Herald. According to those who believe that this story has its roots in reality, it was the Captain’s fault that they all had succumbed to the cold.

According to this version of the story, the captain of Octavius decided to do the impossible: go through the notorious Northwest Passage. It was this decision that killed everybody on board. But given the fact that the story was born almost 250 years ago, all traces of it in reality, if any, are lost in the annals of time.

Northwest Passage connects the Atlantic and Pacific Oceans through the Canadian Arctic Archipelago.

Two and a half centuries is a long period stories change and are embellished with so many retellings. According to one version, the schooner got stuck in ice for two and half months. It wasn’t long before they ran out of supplies and met their frozen end. But that doesn’t explain why the captain was still behind his desk with pen in hand.

Furthermore, the legend has it that Octavius did manage to get through the Northwest Passage, but only as a ghost ship. It took more than a century before another attempt at crossing this passage was made by a different ship and this time successfully.

Related Article: 4 of the Most Fascinating Maritime Mysteries

And for hundreds of years, this story survived until it became a legend, drifting, just like Octavius in the thoughts of all those who wonder what really happened, where she is now and what could possibly freeze a man half-way through his writing.