Spanish history was given a modern twist last week when a wooden effigy of St. George was restored in a unique and calamitous way by a local teacher.

The sculpture is located at the Church of St. Michael in Estella, a town in Navarre, northern Spain. It received a daubing of bright color better suited to Walt Disney than a sacred relic.

No-one is quite sure how the precious item could have ended up in the hands of an amateur, but there’s no mistaking the bizarre result. 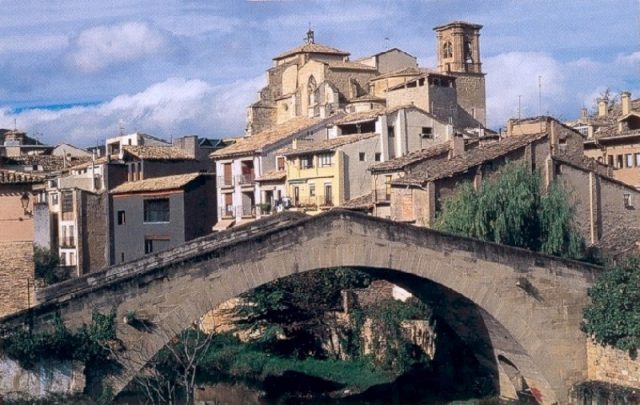 The council is furious, with town mayor Koldo Leoz far from impressed. Mayor Leoz let The Guardian know in no uncertain terms about his frustration.

“They’ve used plaster and the wrong kind of paint and it’s possible that the original layers of paint have been lost.”

Attempting to put a bad situation in context he took to Twitter to say that these were “unfortunate actions in regard to a 16th-century statue of St.George that can be found within one of the most impressive churches in the city.” 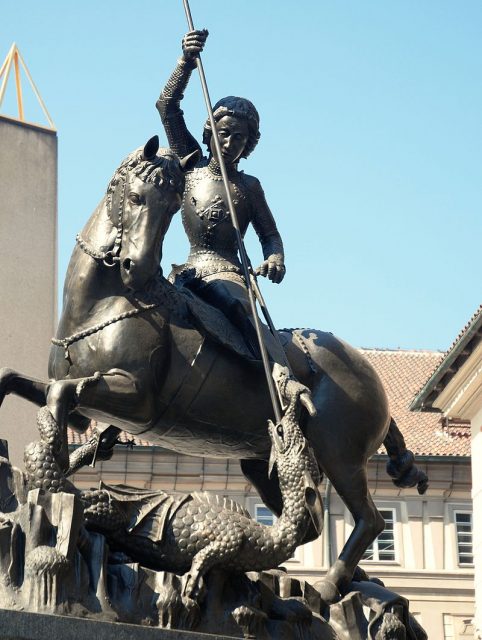 Statue of Saint George. Photo by Pastorious CC By SA 3.0

The work was undertaken by a handicrafts teacher, whose expertise was clearly far removed from the qualifications necessary to complete the important task. This educator came on the scene at the request of parish authorities, so this wasn’t so much a case of divine intervention as an unholy lightning bolt.

Despite the confusion, Mayor Leoz still has faith in the Church of St Michael. As reported in The Christian Post, he stated: “I do not doubt the goodwill of both the pastor and the person in charge of desecrating this work of art… but the negligence of both is very serious and cannot overlap with the excuse of goodwill.”

As far as Spain’s cultural heritage goes, this is another embarrassing setback. In 2016 another piece of religious significance was ruined by a well-meaning believer.

Cecilia Giménez, a pensioner in the town of Borja in Aragon, north-east Spain, entered the Santuario de la Misericordia with the aim of sprucing up a fresco. 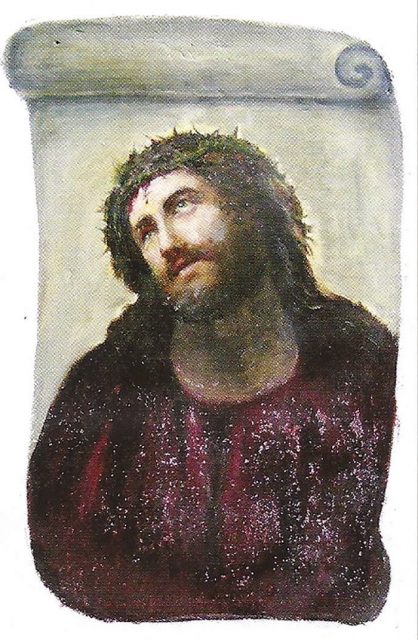 This painting was destroyed in August 2012 by Cecília Gimenez, in a disastrous restoration attempt.

Looking down on her from the wall was something that went beyond the hallowed likes of St George. The fresco depicted Our Lord Jesus Christ, and Giménez thought her palette could give the Son of God a worthy makeover.

It was created by the Spanish painter Elías García Martínez, who passed away in 1934. Art lovers may have thought it a blessing that he never lived to see the transformation.

The original title was Ecce Homo, Latin for ‘Behold The Man.’ Following the restoration, it was given a new title: ‘Monkey Christ.’ The thorns and scourged expression of Jesus were replaced with what resembled a furry helmet and simian features, bearing a pair of cold, black eyes. 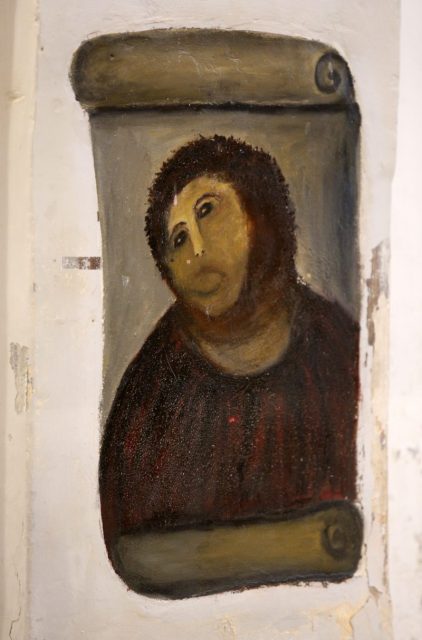 While the Mayor of Estella waits to hear if the effigy of St George can be saved, there is a happier ending to the story of Ecce Homo. The source painting from which the fresco was derived is back in town, courtesy of a local antiques dealer. Tourism enjoyed a boost because of the elderly brush-wielders hilarious misjudgment, which traveled worldwide via the web.

The Guardian quotes Giménez from the local publication Heraldo de Aragón: “It was difficult at first because I had a really hard time, but everything that’s happened has been very good for me and for the Santuario.”

Religious leaders may not share this sentiment, but perhaps God Himself played a hand in the strange turn of events. He works in mysterious ways, and this way was certainly more mysterious than most.

« Solving the mystery behind the 13th Century parchment in the Vatican Secret Archives
Window Into the Past: Man Found 1929 Camera at Thrift Store with Film Still Inside »