The Largest and Most Legendary Privately Owned Home in America

When it comes to rich mansions and huge estates, the Biltmore Estate proudly holds the pedestal. With its 250 rooms, indoor swimming pool, huge collections of paintings and books, this estate has glamour written all over it.

For comparison’s sake, even Xanadu 2.0, Bill Gate’s mansion, and the Beverly House where The Godfather was filmed fall short against the splendor of the Biltmore Estate.

A product of architect Richard Morris Hunt and erected and designed for George W. Vanderbilt, this mansion fits perfectly with his philanthropic spirit and soul; the stories about his generosity are plentiful and are gladly shared with visitors by the tourist guides. 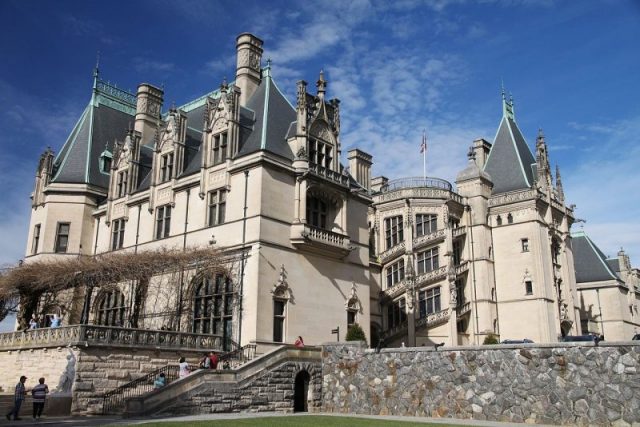 George Washington Vanderbilt II was born on November 14, 1862. Even as a child, he was a faithful companion to his father William Henry Vanderbilt, a wealthy business magnate. 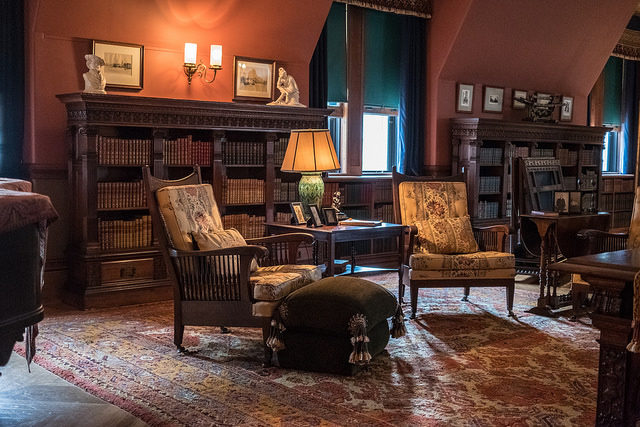 During the construction, Vanderbilt went overseas and bought thousands of furnishings for his new home. Photo by Kolin Toney CC BY-SA 2.0

Being close to his father allowed George to experience firsthand what it was like to manage such wealth. He was a voracious reader and over his lifetime he accumulated thousands of books.

After his father died, George Vanderbilt inherited millions of dollars. 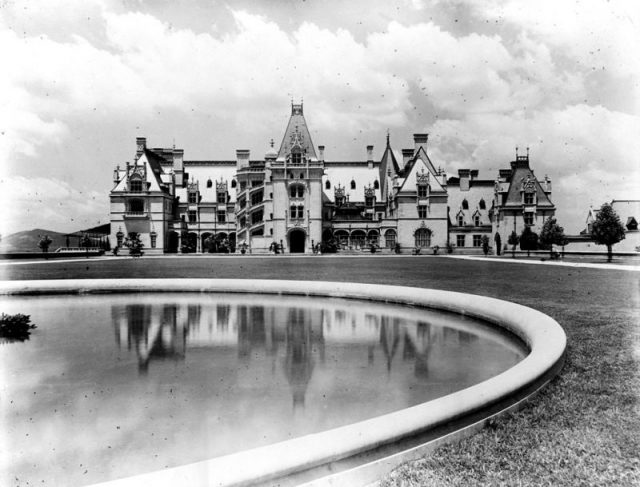 It was with this fortune that the then 25-year-old decided to build himself a home and he thought North Carolina would be perfect for it. And there was nothing humble in this wish, for the mansion and the estate that he would erect would become America’s largest privately owned estate. 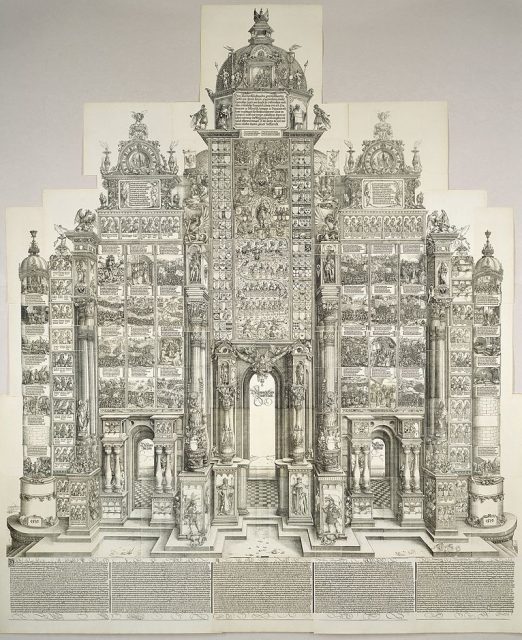 He began with purchasing 125,000 acres of land that included a whole mountain, Mount Pisgah. Vanderbilt loved to travel and crossed the Atlantic countless times.

It was thanks to these voyages that Vanderbilt learned exactly how his dream house should look. All he needed now was an architect worthy of his dream. And so he found and hired Richard Morris Hunt. He gave him the guidelines and let Hunt do his magic. 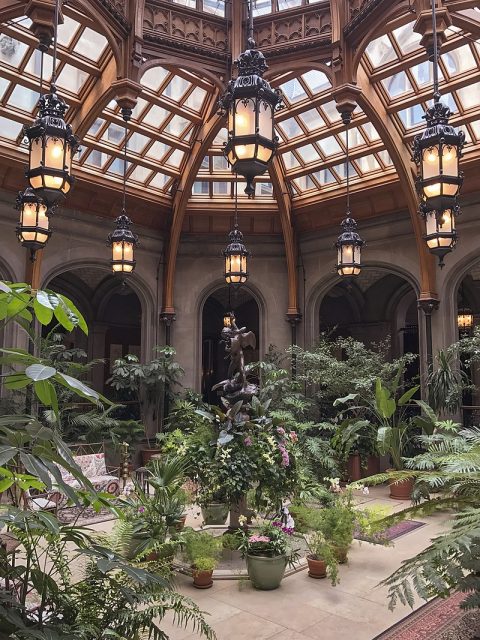 It was no small undertaking. For six years, thousands of people worked around the clock to erect Vanderbilt’s mansion. They even laid down a private railroad to speed things up; construction material was delivered via this railroad.

In 1895, Vanderbilt had his home ready just in time for Christmas. 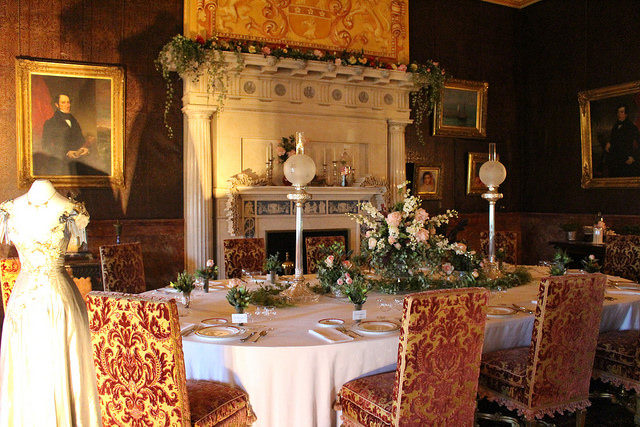 “On Christmas Eve, the country retreat George Vanderbilt has spent so long planning is marvelously decorated and full of festivity. The finished home contains over four acres of floor space, including 35 bedrooms, 43 bathrooms, and 65 fireplaces,” writes the official page of the mansion. 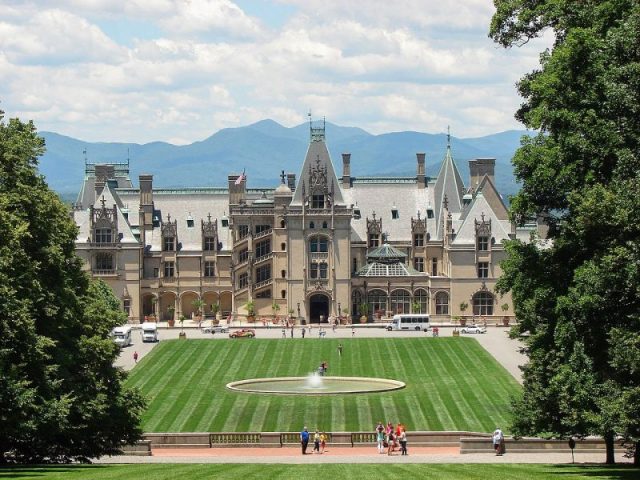 There were 250 rooms in total. The interior was, and still is, as impressive as the exterior. Hunt was canny enough and introduced both DC and AC electricity in the house, for the “battle of the currents” was at its peak back then. 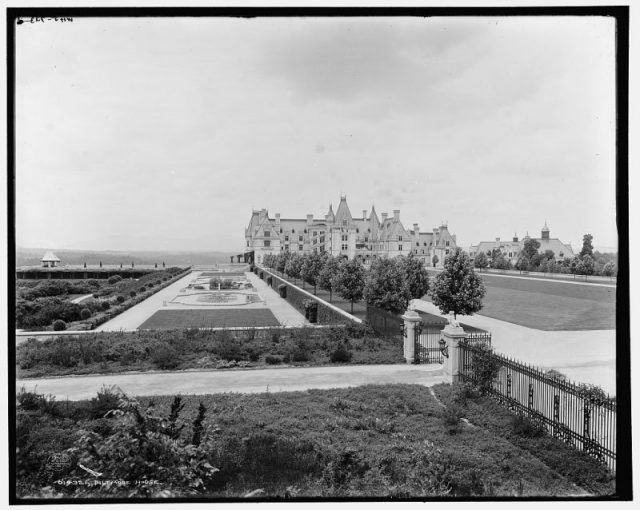 Biltmore House, with the Biltmore gardens, 1902. 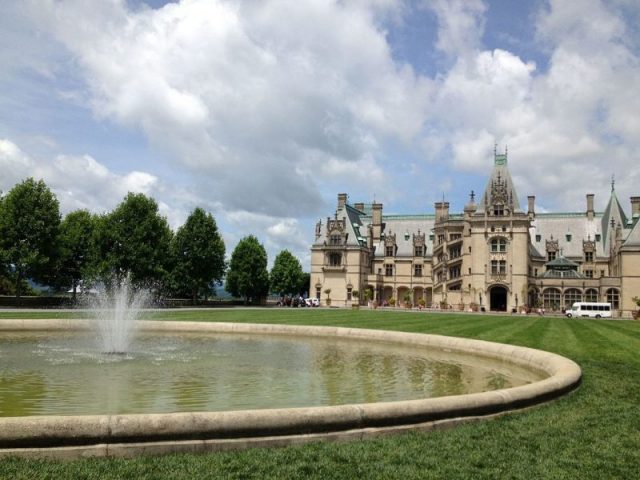 Biltmore (fountain). Photo by Laura A Macaluso CC By SA 4.0

Luxury was everywhere as Vanderbilt wanted it all for his home. He even went as far as hiring Frederick Law Olmsted, the man behind New York’s Central Park, to design his garden. 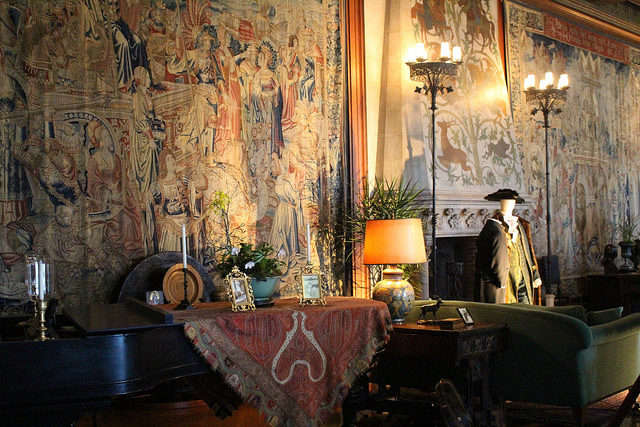 Ourstate wrote about this house calling it “a bachelor pad, complete with a billiards room and a bowling alley.” But despite all the money and wealth and luxury, George Vanderbilt was a generous person. This image of him is well preserved and very much alive to this very day. 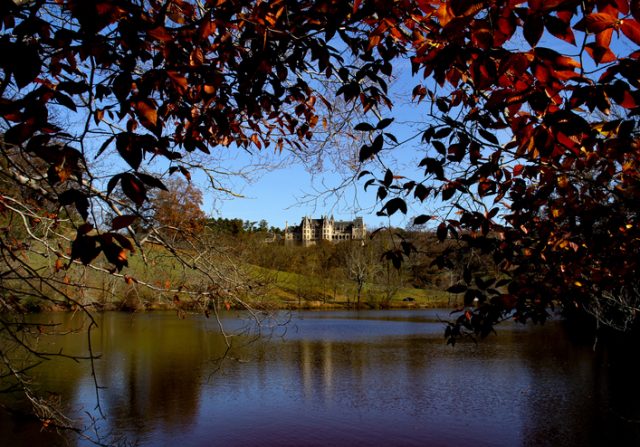 Asheville, NC, United States – October 31, 2010: The historic Biltmore Estate, largest privately owned home in the United States, seen on a hill from a nearby lake.

Vanderbilt spent a lovely life in this dream house of his, at first as a bachelor and later with his wife, Edith. He passed away on March 6, 1914; two years earlier the Vanderbilts “booked passage in a first-class cabin on the Titanic,” according to South Discovery. 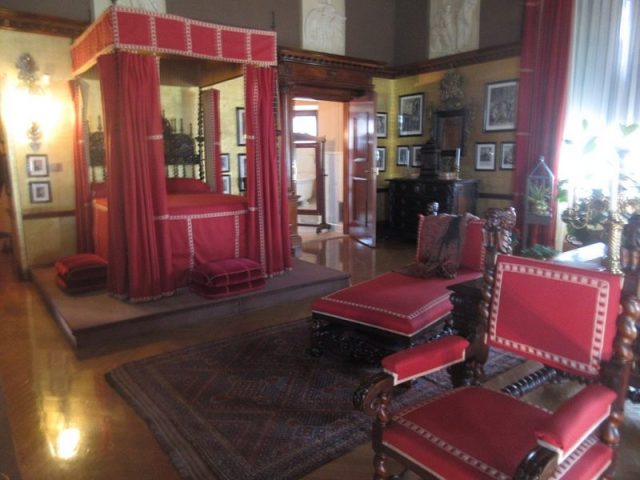 They changed their plans in the last moment and instead got on RMS Olympic. Their footman, however, remained on board the Titanic and died alongside thousands of other people when the ship sank. 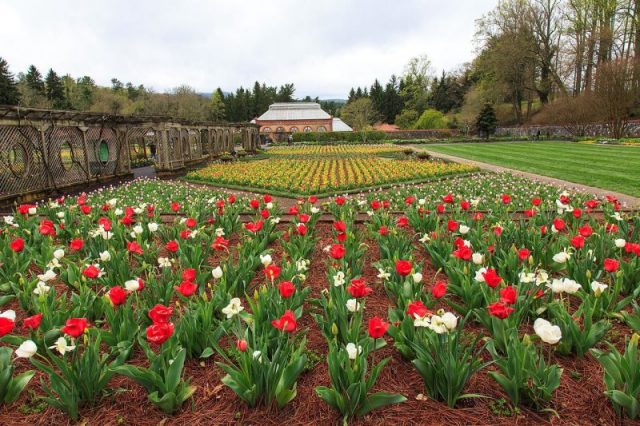 Part of the gardens. Photo by WIll Thomas CC BY SA 3.0

After Vanderbilt passed away, his wife sold around 86,000 acres of the property – including the mountain – because that was what he wanted.

Today the mansion and estate are a popular tourist attraction where people come to witness its splendor and beauty, and the vastness of each of the rooms.