Tsar Bomba was the most powerful atomic bomb ever created

On October 30, 1961, a little more than 16 years after humanity entered the age of nuclear warfare, the Soviet Union demonstrated the frightening capabilities of their nuclear arsenal by detonating an almost inconceivably powerful hydrogen bomb.

The “Tsar Bomba,” “The King of Bombs,” or “Big Ivan” as the Soviets nicknamed it at the time, produced the most powerful artificial explosion in history and greatly enhanced the anxiety that accompanied the Cold War.

While “Little Boy,” the bomb dropped over Hiroshima and the first nuclear device ever detonated, had a yield equivalent to 15 kilotons of TNT and was capable of disintegrating an entire city, the Tsar Bomba had a yield of a whopping 50 megatons and was virtually capable of destroying an entire small country. 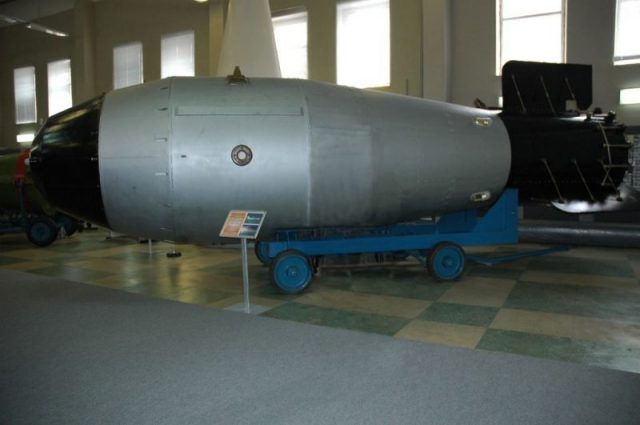 A Tsar Bomba-type casing on display at Sarov. Photo Croquant CC BY SA 3.0

The bomb was dropped over Severny, an island in the desolate Russian archipelago of Novaya Zemla. A blinding fireball with a diameter of 5 miles lit the sky and produced a mushroom cloud that rose high up into the Earth’s atmosphere, all the way to a staggering altitude of approximately 100 miles.

However, since the detonation occurred in a remote and sparsely populated area, no humans were killed or seriously injured during the test. Still, the bomb’s behemoth blast wave, which traveled all the way around the Earth three times, caused minor material damage in towns that were located as far as 550 miles from ground zero. 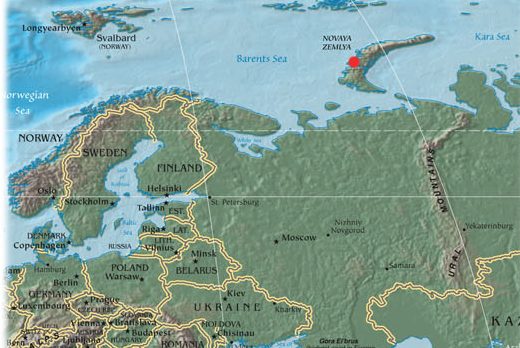 Site of the detonation. Photo by Audriusa CC BY-SA 3.0

Several weeks before the Tsar was sent on its way to Novaya Zemlya, high-ranking Soviet military officials had hand-picked the bomb delivery crew that was to carry out the possibly futile task of unloading the device from an altitude of 6.5 miles above the ground.

A pilot named Andrei E. Durnovtsev was selected as the squadron leader; he was to fly a customized Tupolev Tu-95 “Bear” airplane armed with the bomb. Another pilot, an unnamed major of the Soviet Air Force, was tasked with flying the second plane, a smaller Tupolev Tu-16, to observe and film the test. 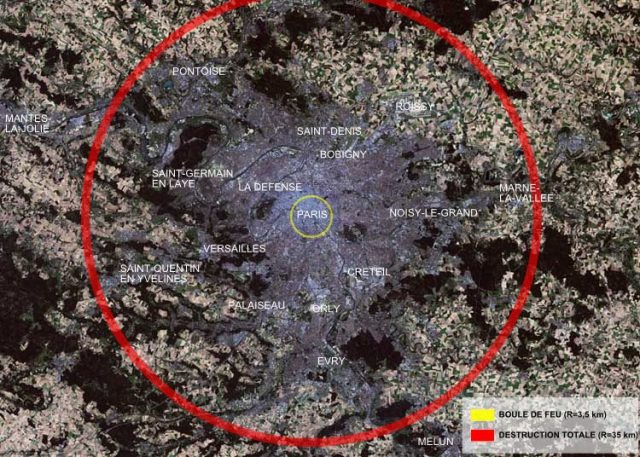 Although the bomb was fitted with a parachute that was designed to slow down its descent towards the detonation altitude and give the pilots enough time to get clear of the destruction zone, everyone involved in the operation was aware that the bomb delivery crew had only a 50 percent chance of surviving the mission.

Such a powerful nuclear device had never been constructed before; no one was able to accurately predict the potentially frightening effects of the explosion.

Both planes were painted in anti-flash white, a special military paint designed to protect the integrity of the aircraft and the health of the crew by reflecting the thermal radiation produced by a nuclear explosion, and the crew was equipped with black-out visors that were designed to protect their eyes from the blinding brightness of the unprecedented flash. When the planes took off, the men were aware that their fate was in the hands of chance.

When Major Durnovtsev reached the agreed coordinates, a Soviet general on the ground remotely released the 27-ton bomb which immediately deployed its parachute and started descending towards the altitude at which it was set to detonate. 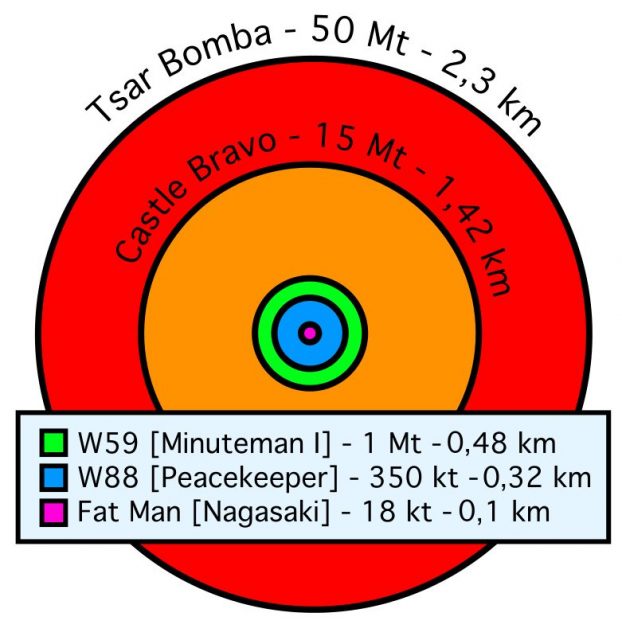 A simple graphic showing comparative nuclear fireball radii for a number of different tests and warheads.

Durnovtsev, who was aware of the fact that the pilots had only about two and a half minutes to move to the distance of at least 30 miles away from ground zero, channeled all of his concentration and hope into bringing his crew to safety.

When the bomb detonated, the smaller and faster plane had already reached the distance of at least 5o miles, but Durnovtsev in his Tu-95 had managed to get only about 28 miles from the center of the explosion. 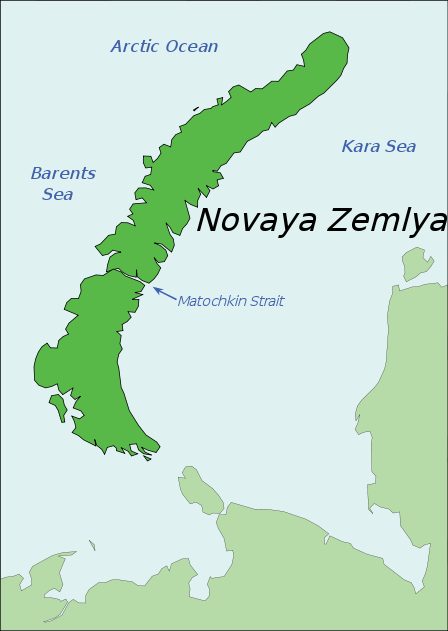 The Tsar’s shock wave, which traveled faster than the speed of sound, reached the plane and caused it to fall rapidly for almost a mile. Three of the crewmen reportedly lost consciousness, but Major Durnovtsev somehow remained in control.

He managed to set the plane back on course and safely land at a mainland Air Force base some 300 miles away. Since not many people would have been able to repeat his daring escape, he was immediately promoted to the rank of lieutenant colonel and named a Hero of the Soviet Union.

« Oops! Statue of Liberty postal stamp based on the wrong statue
History’s Most Famous Sword – The Real Story Behind the Legend of Excalibur »