Edie Sedgwick was an aspiring artist, actress, and a model. She was a troubled rich girl who inspired other artists and impressed everyone else. With her peculiar style and dancing, Edie fascinated Andy Warhol, and the two began one of the most iconic, and controversial, creative partnerships in the art world that was extremely popular and intense throughout 1967.

However, while Edie was looking for love and friendship, Warhol, more than anything else, wanted to be Edie rather than be with her. And when allegedly she began an affair with Bob Dylan who encouraged her to leave Warhol, the artist felt betrayed. As revenge, he estranged her from his inner circle where she used to be the queen.

Born to a wealthy and prominent family, in April 1943, Edie Sedgwick was the seventh of eight children. Although affluent, the children were raised on the family’s massive and isolated cattle ranch in Santa Barbara, deeply troubled, and with a history of mental illness.

It seems like all the unhappiness of the Sedgwick children began with their controlling and abusive father, Francis Minturn Sedgwick, whom they called Fuzzy. Although advised by a psychiatrist to never have any children due to his manic depression, Fuzzy went on to have eight. 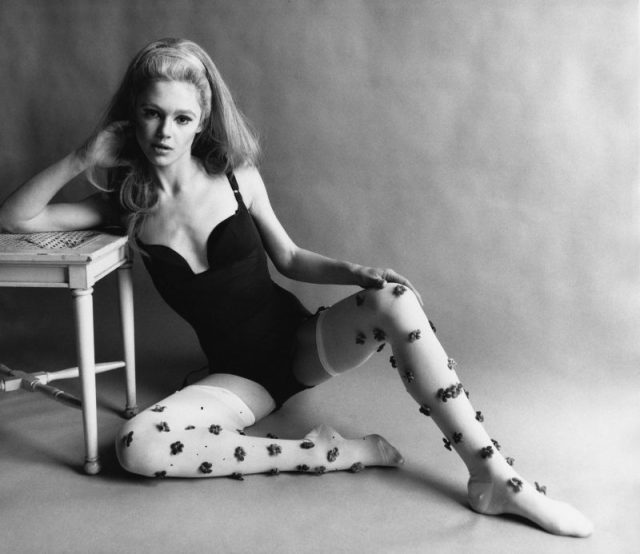 The first unfortunate event of Edie’s life was catching her father with another woman. While she became hysterical, her father slapped Edie saying that she made up the whole story and that she imagined things. Nobody believed Edie and Fuzzy brought home a doctor who prescribed her tranquilizers. That incident had a profound effect on Edie, making her question her own reality and at the same time, giving her a taste for drugs.

Edie suffered just like all her siblings. While one of her brothers became too fond of the drink by the time he was 15, she developed eating disorders. In 1962, Fuzzy threatened to leave the family if Edie wasn’t institutionalized. So, at the age of 19, Edie was committed to Silver Hill, a psychiatric institution in Connecticut. Before leaving the hospital, she became pregnant and decided to abort the baby. 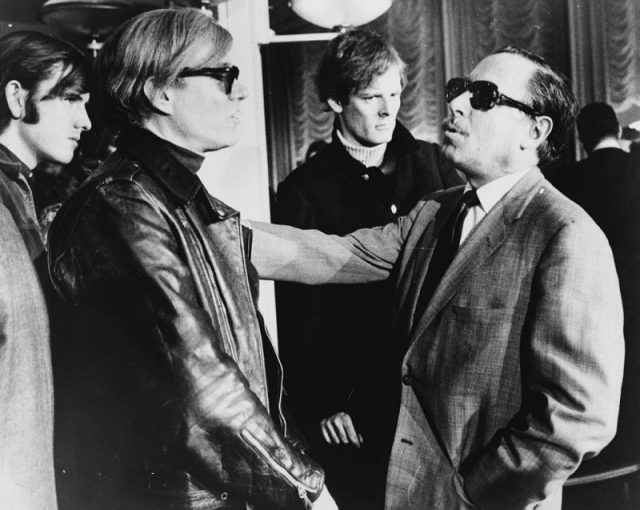 Another misfortune that marked Edie’s life was the death of two of her brothers, only 18 months apart. Francis Jr. was gay; in an era when this was still unacceptable to the majority of people, he hanged himself after falling in love with a man. Her older brother Bobby, who was mentally unstable, drove his motorcycle into the side of a bus.

In 1963, Edie began studying art in Cambridge, Massachusetts. However her ongoing battle with anorexia disrupted her ability to focus on studying. She dropped out, and boredom made her move from Boston to New York.

Receiving $80,000 in trust from her grandmother, Edie moved into an East Side apartment, owned by her grandmother, and drove around Manhattan in her grey Mercedes. When she crashed it while driving it high on acid, Edie switched to riding around town in a limousine.

She was a beauty at all the wild parties in New York. With her behavior and ballet dancing to rock and roll music, Edie became one of the most popular socialites at the time. Everybody knew who Edie Sedgwick was — known for wearing black tights, leopard-print coats, and taking too many drugs. However, when Warhol saw her for the first time, he was stunned and said to his friends: “She is so bee-you-ti-full,” making every single letter sound like a syllable. 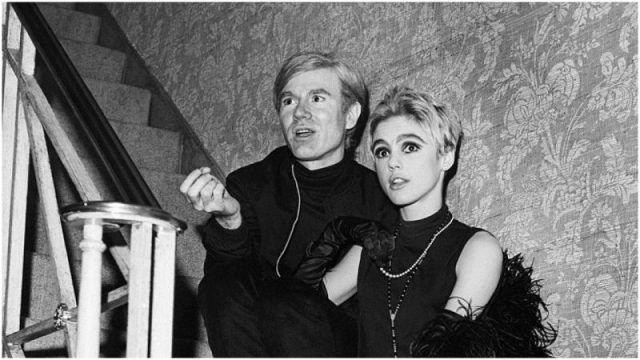 Warhol and Sedgwick hit it off the first night they started talking. She immediately became his Factory Superstar, featuring in 12 of his short films such as Kitchen, Restaurant, Space, Vinyl, and Chelsea Girls.

She appeared in fashion magazines and newspapers, and with her dyed blonde hair, slim body, chandelier earrings, and kohl-rimmed eyes, defined the era of a whole new fashion style. The connection between Eddie and Warhol seemed to be unbreakable and unique, but it only lasted a little more than a year.

In Sedgwick, Warhol found his perfect muse. She was a rich girl with aristocratic manners which the poor immigrant artist from Pittsburgh desired. One can say that he envied Edie as much as he loved her. She, on the other hand, saw a father figure in Warhol and wanted to be more like him. She even cut and dyed her hair blond so that they would be more alike.

“Andy said I should write a song about Edie Sedgwick. I said ‘Like what?’ and he said, ‘Oh, don’t you think she’s a femme fatale, Lou?’ So I wrote ‘Femme Fatale,’ and we gave it to Nico.” Reed recalled in a 2011 interview with American Songwriter. 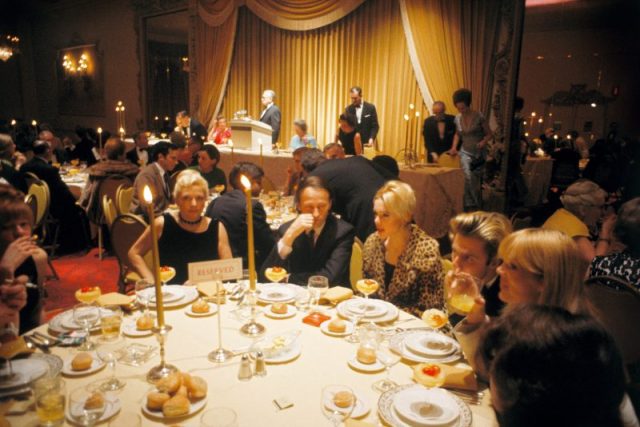 And although she was inspiring Warhol and did everything he asked her, he seemed to be mocking her in his own ironic style. He called her Poor Little Rich Girl; he never paid or gave her any credits for her role in his art; and despite Edie’s instability and emotional dependence on him, for his last short film featuring Sedgwick, Warhol said: “I want something where Edie commits suicide in the end.” 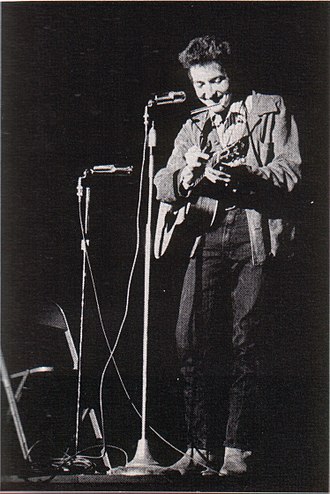 At the end of 1965, Edie became infatuated with a scruffy, gruff, earthy, politically astute songwriter and singer: Bob Dylan. Whatever the nature of their relationship was is lost in history, but it seems as though Dylan and Sedgwick were quite fond of each other.

Dylan was among those artists, including Truman Capote, who never liked Warhol and who considered him a fake. He supported Edie in leaving Warhol and the Factory and apparently, Warhol was devastated by her “betrayal.”

Whatever they had, the relationship between Sedgwick and Dylan didn’t last long. At the time his break up with Joan Baez was a highly covered event in the media, but very soon after he got married to Sara Lownds in a secret ceremony.

So, any romantic liaison with Edie must have happened in the very short period between. It is said that Dylan wrote three songs about Sedgwick: “Like a Rolling Stone,” “Just Like a Woman,” and “Leopard-Skin Pill-Box Hat.” 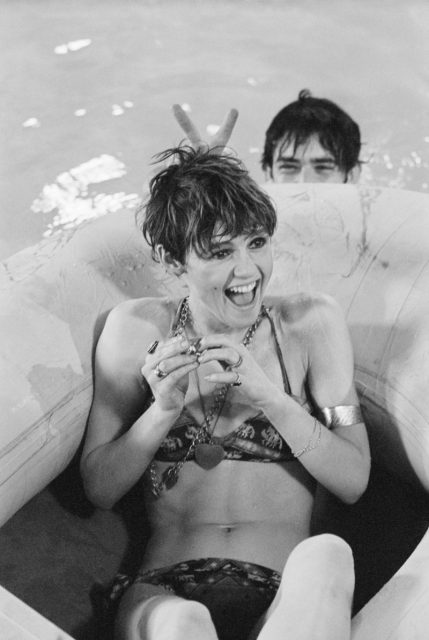 After 1966, Edie fell apart and her fame dimmed away. She became a heroin addict and set her apartment on fire by falling asleep with a cigarette. In the following years, Edie moved back and forth between New York and California.

In 1969, she was arrested for drug possession and sent to Cottage Hospital in Santa Barbara. There she met fellow patient Michael Post who was on rehabilitation from alcohol and drugs. They fell in love and got married.

However, she didn’t give up her addiction for long. In 1971, at the age of 28, Edie died of a barbiturate overdose. Warhol didn’t show up at her funeral.

Although she didn’t create anything, Edie herself was an art.

« Archaeologists prepare to open a mysterious black sarcophagus in Alexandria, the largest ever found
The first Soviet probe sent to Mars’ moon Phobos failed due to user error »