The last time that the mining town of Cerro Gordo near Lone Pine, California, was bustling was the 1870s. That could be about to change.

A group of Los Angeles investors beat out a dozen other interested bidders to purchase the town for $1.4 million. Of note is that this 300 acres of land and 22 structures sold for less money than most single-family homes in the San Francisco area. It is about 400 miles southeast of San Francisco and 200 miles north of Los Angeles.

And of even greater relevance, this ghost town sold on Friday, July 13th. 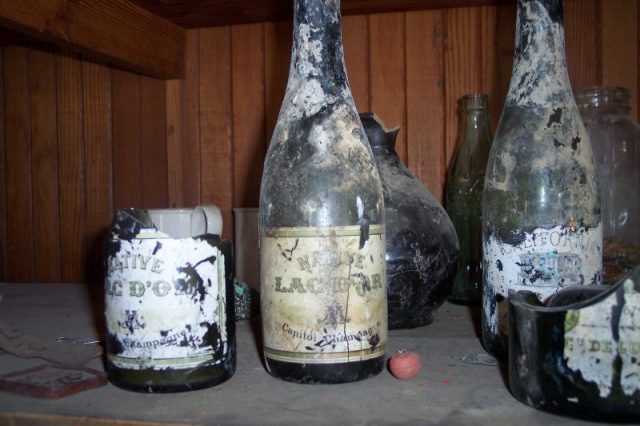 Cerro Gordo was once a thriving silver mining town with its proximity to the Inyo Mountains. Its elevation is 8,500 feet, meaning some visitors experience slight altitude sickness.

Founded around 1867, it was known as the “silver thread” to Los Angeles and the population went from no one to 5,000 practically overnight. It was a place where riches were lost and found rapidly, and that led to violence. 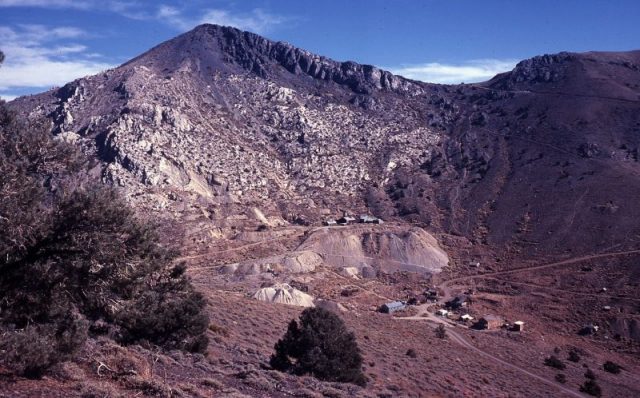 “In its heyday, it averaged a murder a week,” real estate agent Jake Rasmuson told CNN. “It’s really part of the Wild West.”

The investors say they plan to preserve this relic of the West and keep it open to members of the public. “We did have higher offers, however, the seller really liked the buyers’ proposal and liked the buyers’ plan,” said Rasmuson. 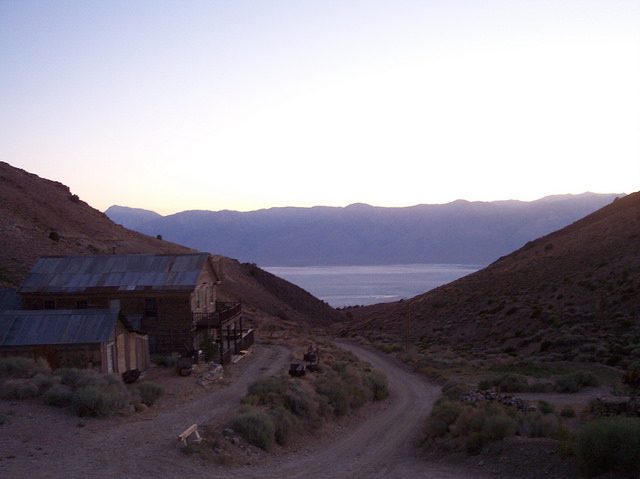 The deserted buildings include a church, a saloon, a hotel called the Belshaw Bunkhouse, and a superintendent’s house. The property has been owned by the same family for decades, and they’ve preserved various artifacts in a small museum. Support was provided by the Cerro Gordo Historical Foundation, but few have visited.

One challenge is the town is 25 miles — 15 on paved road and 10 on dirt road — from the closest town with a grocery store, according to CNBC. 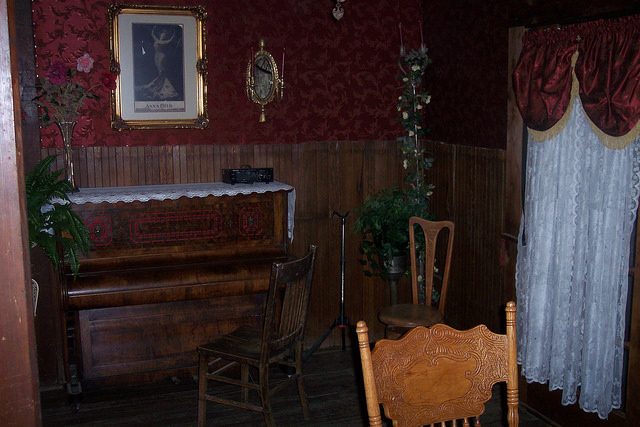 Interior of Saloon in Cerro Gordo. Photo by David Lofink CC By 2.0 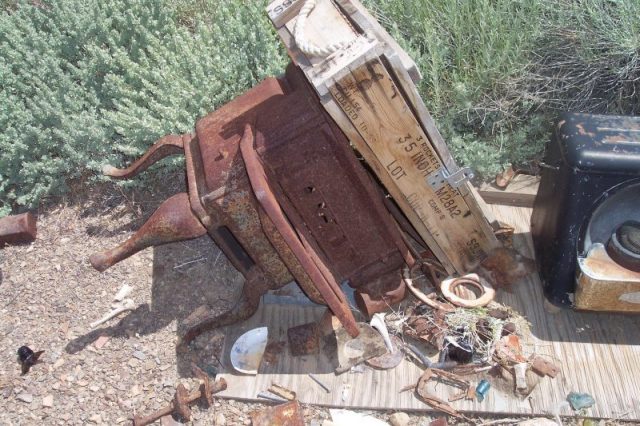 The place was violent from the beginning. Mexican prospectors who came looking for riches were attacked by Native Americans and three of the five Mexicans were killed. The remaining two were released by the Natives after promising never to return. 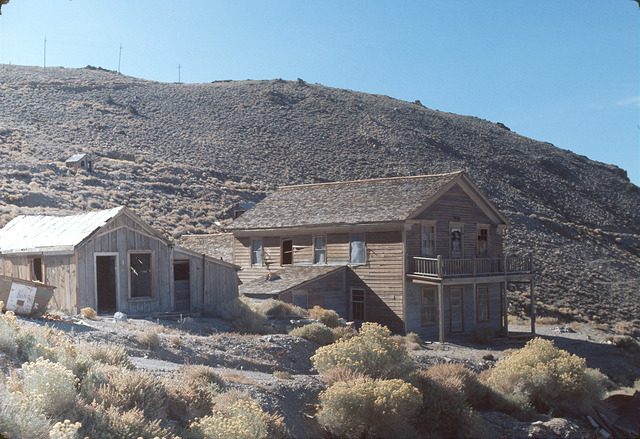 Of course, others showed up. The original discovery of rich veins of silver was made by a man named Pablo Flores who began mining and smelting operations near the summit of Buena Vista peak in 1865, according to Cerro Gordo’s website. By 1867, tales of silver had brought in dozens of prospectors.

By 1869, the area was the largest producer of silver and lead in all of California, “yielding ores that assayed at least as high as $300 per ton.” Mule teams transported the ore to Los Angeles.

A Los Angeles newspaper story published in 1872 said, “To this city, Cerro Gordo trade is invaluable. What Los Angeles now is, is mainly due to it. It is the silver cord that binds our present existence. Should it, unfortunately, be severed, we would inevitably collapse.” 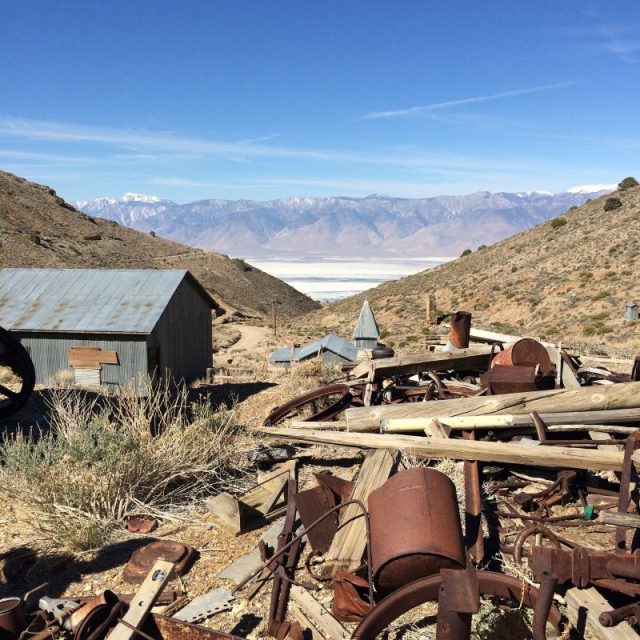 The hotel and salon were open as recently as a generation ago. There are “numerous habitable residences on the property,” some wired for electricity, the real estate agent said to CNBC. 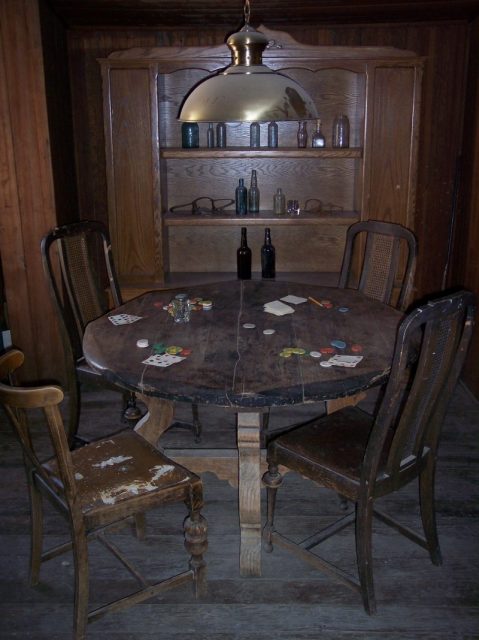 The speculation is that the new owners will preserve the town’s history while turning it into a place for conferences, workshops, and film shoots.

Read another story from us: Brady Bunch house is now for sale for $1.88 Million

Underwood said in an interview, “We think Cerro Gordo has the potential to be one of the premiere destinations for Los Angeles residents looking for a memorable weekend trip, Las Vegas tourists looking for a uniquely American experience, or anyone traveling to the surrounding national parks.”

“It looks straight out of Westworld,” said a story in Business Insider.