What can go wrong when you travel? For some travelers to Israel, trouble might come in the form of a rare psychological disorder known as Jerusalem Syndrome. People afflicted with the syndrome have been convinced they are Jesus Christ, the Virgin Mary, John the Baptist, or another figure from the Bible.

They may shock their friends and family by clothing themselves with a piece of white bed sheet they probably picked up from the hotel, loudly muttering verses from the Bible or deliberately stopping people on streets, telling them to lead a better life.

Believe it or not, this condition is rare but real and has been recognized as a type of psychosis. While it’s harmless for some sufferers, others need serious treatment. One tragic case is that of British tourist Oliver McAfee.

In November 2017, he abandoned his cycling trip and disappeared into the Negev desert, never to be seen again. References to the story of Jesus spending 40 days and 40 nights in the desert were found with his laptop and wallet, leading investigators to believe that he was suffering religious delusions. 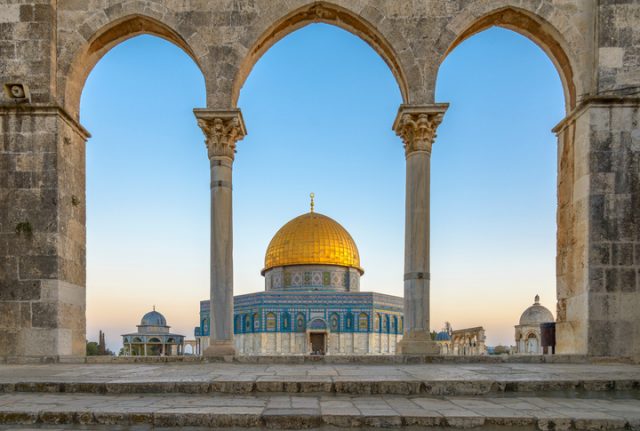 So what is Jerusalem Syndrome and why does it exist? It’s not that difficult to answer when you consider this is the Holy City, where Christianity, Islam, and Judaism all coexist. Devotees from all three religions and all corners of the world make their pilgrimage to Jerusalem.

The main focus of worship for Christians is the the Church of Holy Sepulcher, where the tomb of Jesus of Nazareth is laid. There is also Via Dolorosa (Sorrowful Way), the supposed pathway Jesus walked to his crucifixion.

Jewish devotees head to the Western Wall, the last remnant of the Second Temple, destroyed in 70 A.D. by the Romans. Muslims make their route to the Dome of the Rock, or Qubbat as-Sakhrah, on Temple Mount, the beautiful Islamic shrine which is deemed the oldest Islamic monument and among the holiest sites in the Islamic world. 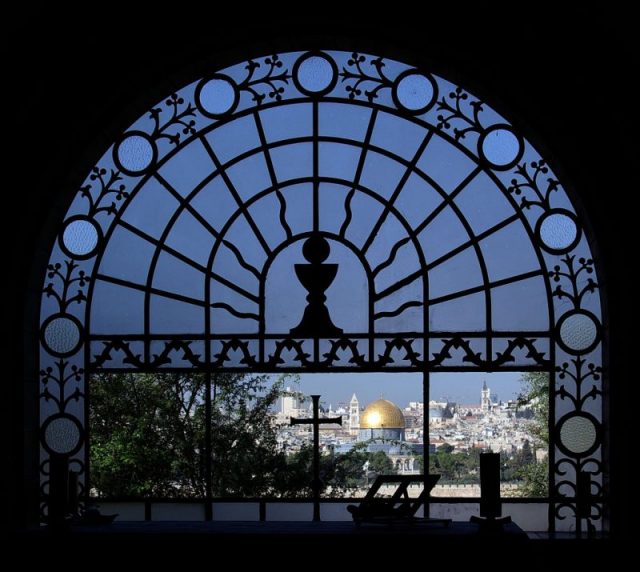 It is fairly understandable that people might become overwhelmed by the sense of holiness. Add to that the jet lag, the crowds and noise, the Jerusalem sun and limestone architecture.

For some, this type of sensation might result in the strange neurotic condition that is Jerusalem Syndrome. Those who develop it might suddenly feel positive about a messianic mission that they must bring to completion.

The first to clinically identify Jerusalem Syndrome was Dr. Yair Bar El, a former director of the Kfar Shaul Psychiatric Hospital. He was also the first expert who promoted a treatment for the condition. In 2000, Dr. Bar El co-authored a paper, published in the British Journal of Psychiatry, that describes the signs of those affected.

Some individuals who have experienced the syndrome were found to have an existing psychiatric illness such as a personality disorder or schizophrenia, according to Dr. Bar El. The disease might even be responsible for the entire decision of the person to make a trip to Jerusalem. 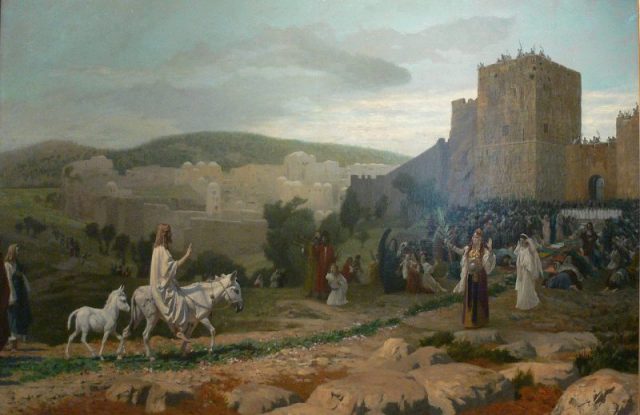 A painting of Jesus’ final entry into Jerusalem by Jean-Léon Gérôme, 1897.

Another category of Jerusalem Syndrome victims, and perhaps the most prominent of all, consist of religious devotees who are deeply fanatical.

The final type of Jerusalem Syndrome concerns the completely sane and healthy people, with no known trace of an underlying mental disorder. However, once they are in Jerusalem, they develop a “specific imperative psychotic reaction” as Dr. Bar El frames it, according to Psychology Today.

Regardless of the background of the ‘victim,’ the symptoms are almost the same. In the beginning, the person experiences an increased level of anxiety and a sudden urge to march to the holy sites. 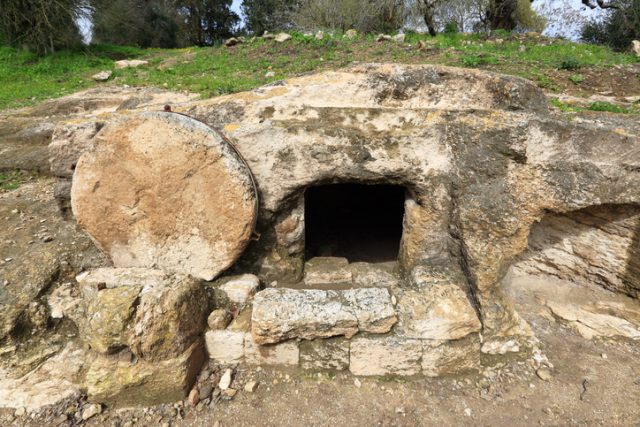 A tomb near Nazareth, Israel, that dates to the first century. It is similar to Christ’s tomb with the stone rolled over the entry.

The syndrome also dictates achieving purity: bathe yourself, again and again, have your nails cut, have your body hair removed. Then, bang! You suddenly see yourself or your pal sporting a white bed sheet from the hotel room and quoting verses of the Bible.

Before you know it, the afflicted believes they are Jesus Christ or the Virgin Mary. That they are destined to accomplish a certain mission. Or, that they are certain the Armageddon will happen.

In the worst cases, things might go utterly out-of-control. In 1969, Australian tourist Denis Michael Rohan attempted to set fire to the al-Aqsa mosque, supposedly believing he was on a divine mission. As you might imagine, his actions caused riots across Jerusalem.

From 1980 until 1993 there were 42 patients diagnosed with Jerusalem Syndrome.

By the end of the 1990s, and ahead of the turn of the millennium when many people believed the end of the world was near, reportedly there was an increase of Jerusalem Syndrome cases. Just enough cases a year to fill in an entire psychiatric clinic. At its peak, British and American citizens have topped the list of patients treated to this weird condition.

Read another story from us: Did you Know: Russia sold Alaska to the U.S. for just $7 million

Fortunately, after the year 2000 (and when everything was just fine with the world), there was a significant decrease in cases, to just two or three victims a year.

So in case you go to Jerusalem, take care of yourself and your traveling buddy. If notice increased nervousness, bed sheets suddenly repurposed as a garment, the Bible suddenly quoted with an unseen zest, remember, it might be too late and there is no coming back. For you might have succumbed to the Jerusalem Syndrome. Amen!