When it comes to the liberation of France during the Second World War, one thing pops to mind: The landings at Normandy. While Operation Overlord remains the most iconic segment of the country’s leap toward freedom from German occupation, it certainly wasn’t the only effort which contributed to the downfall of the Nazi regime in France.

A lesser known but no less significant military action that took place a month after the beachheads at Normandy were secured went by the codename of Operation Dragoon ― the liberation of southern France. 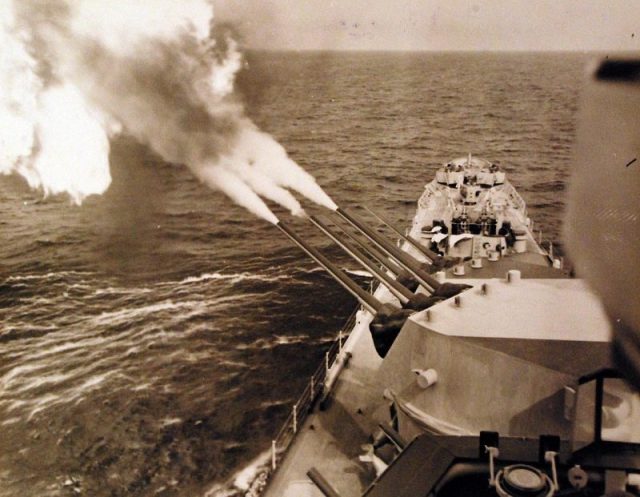 The first notion of Operation Dragoon appeared in 1943, during the Tehran Conference, when it was decided that the landings in Europe and opening of a second front were to be conducted in France. Initially the invasion of Southern France was dubbed Anvil, while the invasion of Normandy was codenamed Sledgehammer. The two were planned to be carried out at the same time. 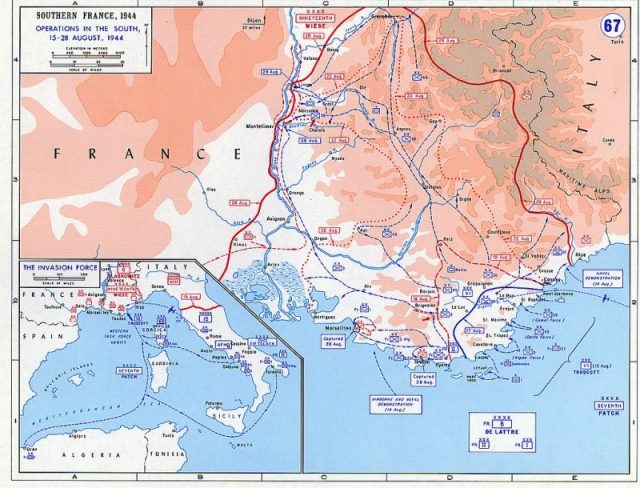 In early 1944, however, the plan of conducting two simultaneous landings in France was abandoned due to lack of resources. Instead, Operation Dragoon was postponed until August 15th when a large contingent of Free French Forces, together with Americans and Canadians, was to land in an area between the towns of Le Lavandou and Saint Raphael on the Mediterranean coast of France. 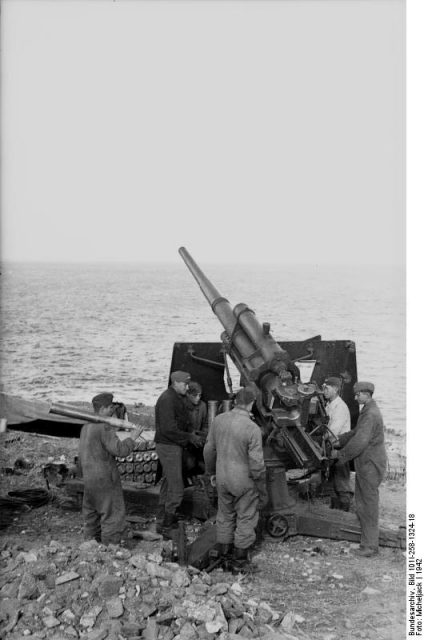 The Free French Forces were led by General Jean de Lattre de Tassigny ― an experienced soldier who went through the First World War, saw his country defeated in 1940, continued service with the collaborationist Vichy Regime and defected in 1942 to join the Allies.

Under his command were more than 256,000 men, including soldiers from France’s African colonies, all eager and ready to take on the occupying force. Before the massive landings took place, squads of American, Canadian and French commandos were assigned to neutralize various coastal batteries, thus enabling complete naval and air superiority for the invading task force. 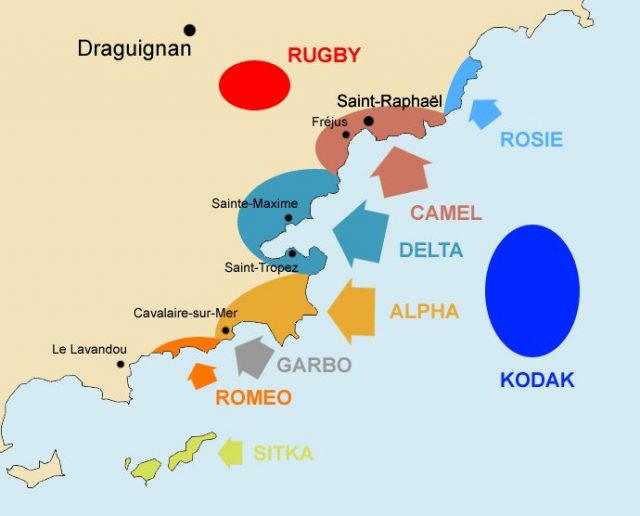 The beaches were bombarded prior to the landings and unlike Normandy, most of the German troops defending the landing zones were more willing to retreat or surrender.

The real problem was the minefields left behind by the Germans as a means of slowing the Allied advance while retreating. 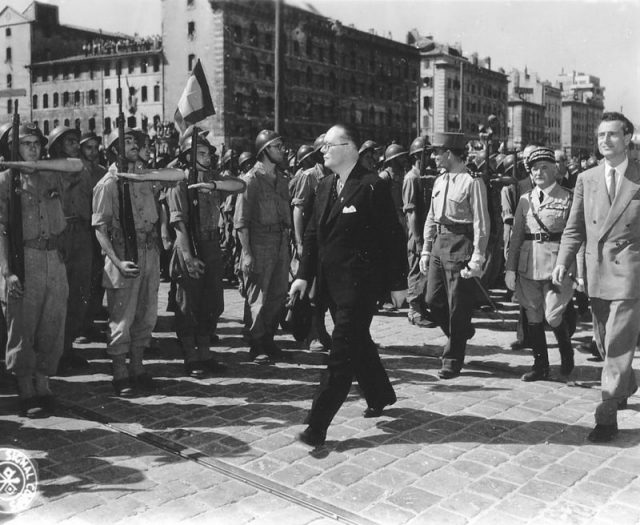 Nevertheless, fierce fighting continued as the German Forces found themselves in a tight spot, desperately trying to withdraw and regroup while being clinched by the advancing forces from both the south and north-west of France.

U.S. paratroopers of the 517th Parachute Regimental Combat Team prepare for the landings.

However, a large number of French Resistance members, who were by this time re-organized as French Forces of the Interior, conducted a series of sabotages and diversions, all in favor of the Allied effort. Their actions caused additional difficulties for the German armed forces. As many of them joined the French army, the number of troops under General de Tassigny’s command increased to almost 400,000 soldiers.

Politically, this was a very important step for the Allied command, as it was deemed critical that the French participated in their own liberation, thus strengthening the tie between the people and the government-in-exile headed by Charles De Gaulle. 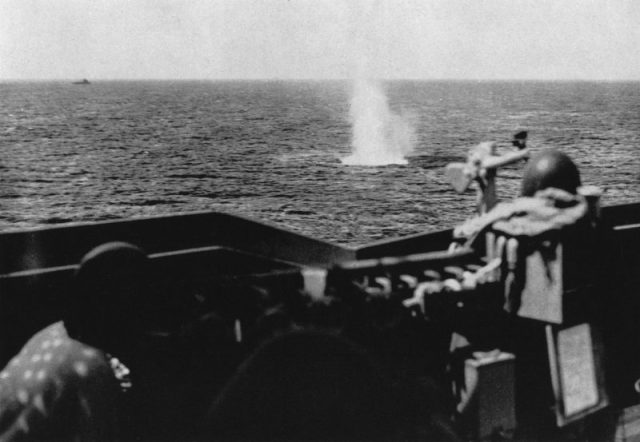 A German shell explodes near the U.S. Navy heavy cruiser USS Quincy (CA-71) during the invasion of Southern France, in August 1944.

Operation Dragoon was a success, despite the fact that a large contingent of veteran German troops managed to retreat successfully. France regained its lost military honor and continued the drive towards Berlin. 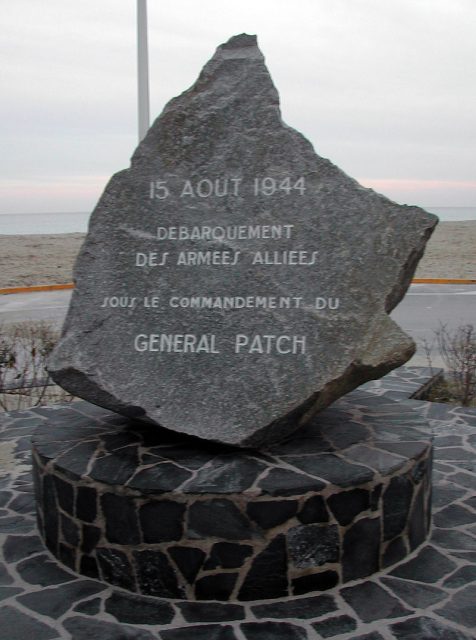 Monument to the landings of Allied troops under General Patch on the beach of St Tropez, France. Photo by Captmondo CC BY-SA 3.0

But the controversial aspect of the operation foreshadowed its success. Since its inception at the Tehran Conference, the British Prime Minister, Winston Churchill, was against Dragoon. The reason for his objection was the fact that it was done in favor of Stalin’s plan to leave Eastern Europe exclusively in the Soviet sphere of influence. 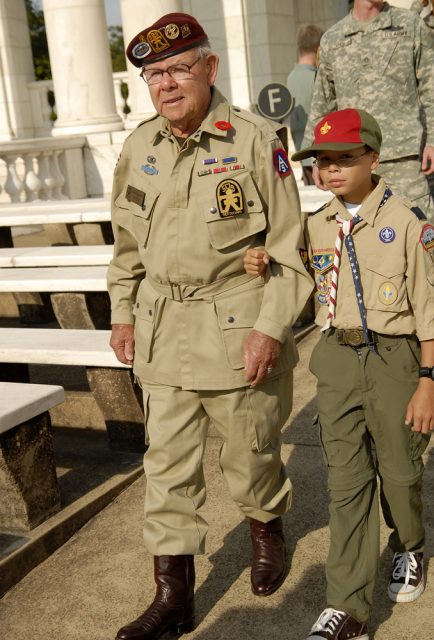 Several troops from the Boy Scouts of America helped escort the veterans from their bus into Arlington National Cemetery’s Memorial Amphitheater for the Operation Dragoon commemoration ceremony August 5, 2009. Troops from across the country, as well as Soldiers from the Fort Myer Military Community, helped the veterans around the cemetery.

The initial idea, which was abandoned at the Tehran Conference of 1943, was to open a second front in Europe on the Balkan Peninsula. Despite Churchill’s reservations, the Allied leadership headed by General Eisenhower agreed to Stalin’s condition of leaving the Balkans and the Eastern Europe within his grasp.

Read another story from us: WWII-Era Bills Worth around $2 Million discovered under Churchill’s favorite tailors

For some historians, this was the true start of the Cold War, as it became obvious that Hitler’s Thousand-Year-Reich was hardly going to hold on for more than a couple of years and that Europe was to be divided between the two major parties ― the Allies and the Soviet Union.

« A Hard Day’s Night (in Jail) – Paul McCartney Arrested for Arson in 1960
Jeff Dowd: The Real “Dude” who Inspired The Big Lebowski! »