The Macabre Story of Sin-Eaters

Since at least the early 1600’s and all the way to the earliest years of the 20th century, “sin-eaters” and “sin-eating”, a rather macabre profession that arose from folklore legends and peculiar supernatural beliefs, was a common line of work across the rural areas of the British Isles.

Grieving family members of the recently deceased would pay the village sin-eaters to rid their departed loved ones from all the sins they had accumulated during their lives, and the sin-eaters would then perform an eerie ritual that supposedly allowed the dead to enter Heaven. 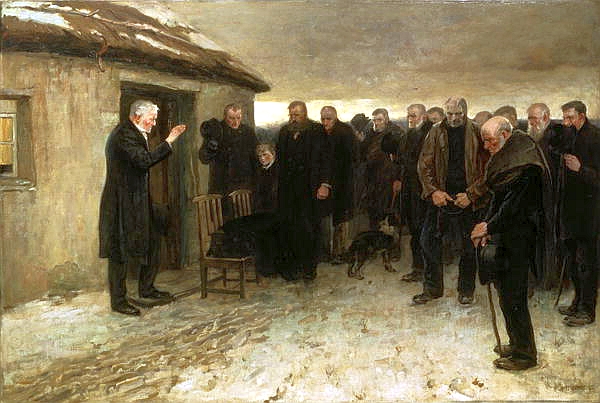 A painting of a 19th century Scottish funeral.

Many people believed that a piece of bread or pastry, which was placed on the chest or the face of the dead person, was able to absorb all of the deceased’s sins: family members gathered around the corpse to drink ale and mourn, and a sin-eater would literally eat the sins of the deceased by consuming these funerary snacks. 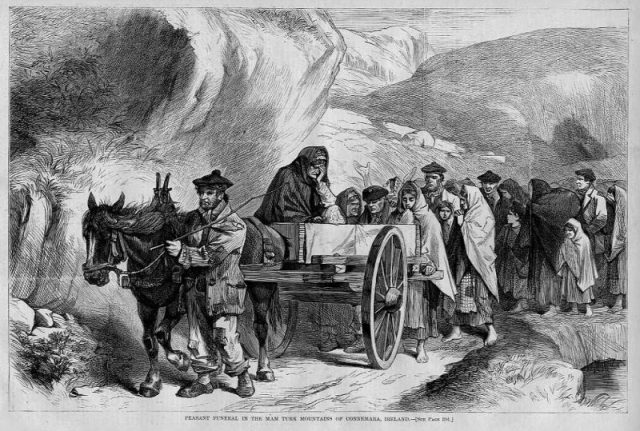 Peasant funeral in the Mam Turk mountains of Connemara, Ireland, 1870

While eating, the sin-eater would recite a special prayer: “I give easement and rest now to thee, dear man. Come not down the lanes or in our meadows. And for thy peace, I pawn my own soul. Amen.”

Such funerary practice may seem strange or even downright frightening, but, in the opinion of many contemporary anthropological and ethnological studies, their origins lie in the beginnings of Christianity. 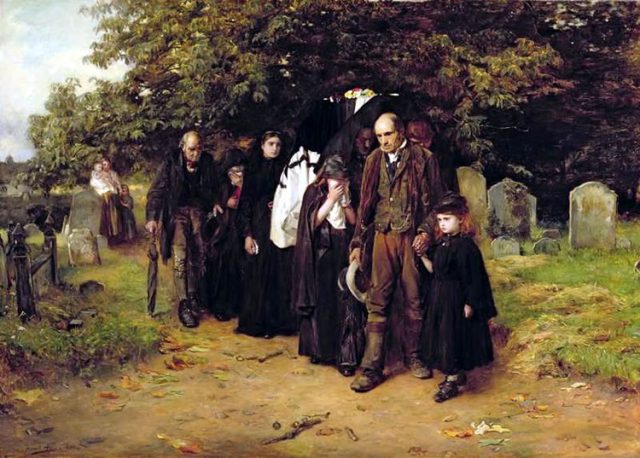 I am the Resurrection and the Life, or The Village Funeral, Frank Holl, 1872, Leeds City Art Gallery

Jesus Christ, who, according to the Bible, willingly sacrificed his life to cleanse humanity of all of their sins, served as the role model to the original sin-eaters, who offered their souls to purify the souls of the departed.

Although sin-eaters were seen as those who not only enabled the souls of the dead to safely ascend to Heaven but also as those who prevented the sin-plagued dead from returning to Earth in spectral form as ghosts or wraiths, they were usually shunned from their communities and forced to live in isolation. 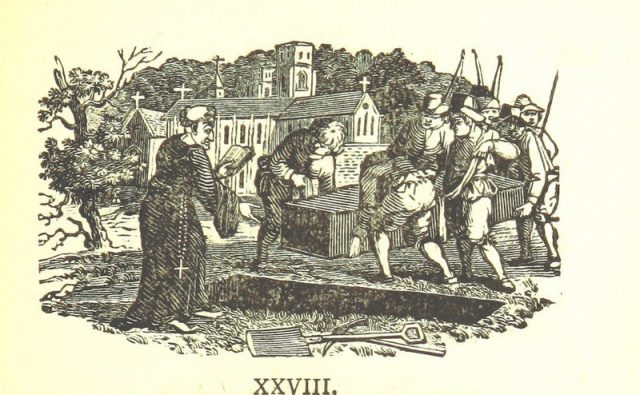 Namely, people feared those who were willing to “pawn their soul”, to take over the sins of the dead and add them to their own collection of sins. Such an act, although respected, was considered as the work of dark magic, witchcraft, supernatural forces, or even the Devil himself; to look a sin-eater in the eye, even for a mere second, was seen as a sign of bad luck.

Furthermore, the lives of sin-eaters were not only lonely but also quite dangerous. Since the Catholic Church had a monopoly on the absolution of sins and the members of the clergy were the only people allowed to perform absolution rituals, sin-eating was outlawed and punishable by death. 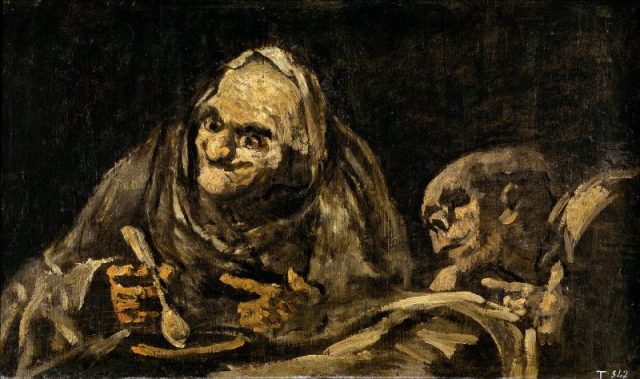 Not only those who conducted the sin-eating but also those who employed sin-eaters to rid their dead loved ones of sins were seen as heretics, blasphemers, and worshippers of Satan. Therefore, sin-eaters were usually forced to keep their business shrouded in a veil of secrecy.

The last known sin-eater, a man named Richard Munslow, died in 1906 in Ratlinghope, a village in England’s West Midlands county of Shropshire. Unlike the majority of sin-eaters, who usually came from poor families and were often beggars or drunkards, Munslow was born in a reasonably wealthy family and was a respectable farmer. 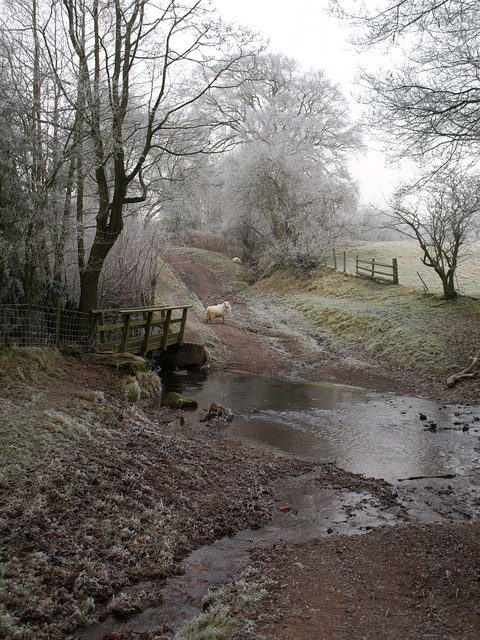 He, according to the local tales, entered the sin-eating business purely out of kindness and love for his fellow villagers; he offered to absorb the sins of the recently deceased to continue a once prominent tradition that had died out during the mid-19th century.

Read another story from us: 36,000-year-old Meat of a Mummified Bison was used for a Stew

In 2010, the citizens of Ratlinghope, led by Reverend Norman Morris, collected a thousand pounds to restore Munslow’s grave, which had fallen into disrepair. Although the obsolete practice of sin-eating will likely never be revived in Britain, it is certainly worth remembering.