The Jockey who Died Mid-Race but Miraculously Still Won

If the obituary of Frank Hayes had contained any mention of the Sweet Kiss of Death, it wouldn’t have been entirely euphemistic.

Hayes, 22 (although his age is sometimes listed at 35), was riding a horse named Sweet Kiss in June 4, 1923, steeplechase at New York’s Belmont race track when the jockey’s heart gave out. He died, reports said, sometime after taking the lead in the grueling, two-mile race.

But Hayes miraculously stayed in the saddle even over the last jump, not falling out until Sweet Kiss, a 20-1 long shot, crossed the finish line ahead of the pack. 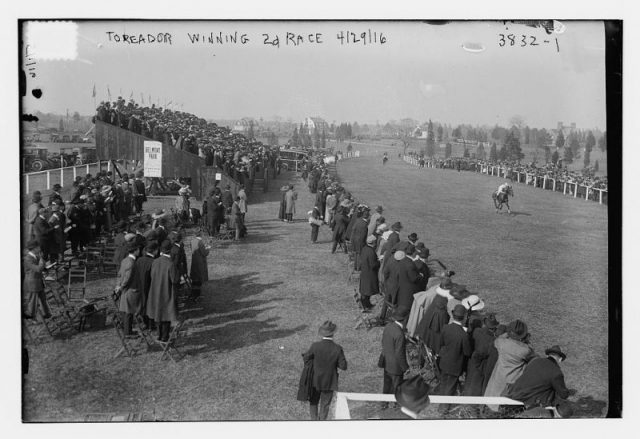 It wasn’t until the horse’s owner and friends rushed in to congratulate him that they realized he hadn’t just fallen in exhaustion.

A news report the following day in the Auburn, New York, Citizen, dramatically described the outcome:

“Death clutched Francis Hayes, steeplechase jockey, as he rode his first winner yesterday at Belmont Park. Sweet Kiss, his mount, cleverly handled, came across the finish line a length ahead of the favorite, Gimme, with the lad swaying from side to side.” 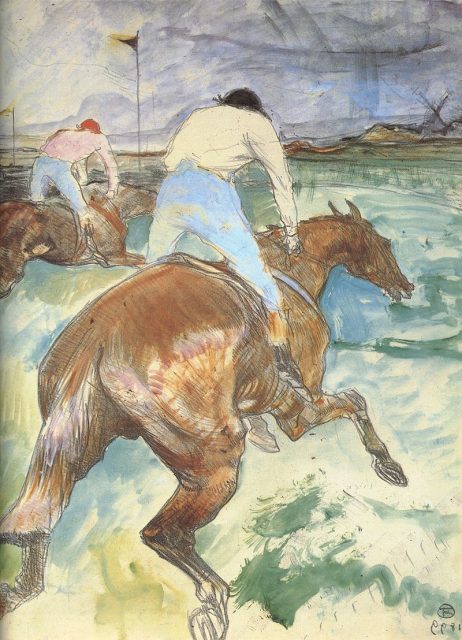 The Jockey by Toulouse-Lautrec (1899)

“Hayes was valiantly but weakly tugging at the bridle as death gripped his heart and the mists swam before his eyes. Sweet Kiss cantered 100 yards further and stopped. The jockey crumpled in the saddle, slipped slowly over his mount’s sides, fell face downward and lay still.

Because Hayes stayed in the saddle across the finish line, he was declared the winner, the only recorded case of a jockey winning a race while dead. The usual post-win activities, such as weigh-in, winner’s circle posing and the like were, of course, waived. 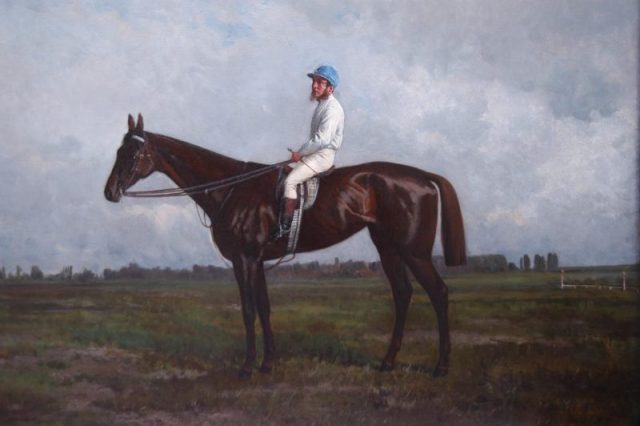 Hayes stayed in the saddle over the last jump, not falling out until Sweet Kiss crossed the finish line.

Hayes was buried in his colorful silks three days later. The race was his only win as a jockey.

It was also the last race for the valiant Sweet Kiss, who was from then on referred to in the notably superstitious racing community as the “Sweet Kiss of Death.”

Female Jockey FALLS Off Her Horse Right at the Finish Line!

As for why Hayes died in the saddle, there is strong evidence his own training regimen was a contributing factor.

Hayes worked more often as a horse trainer and stable-hand. When he decided to ride, he had to drop 12 pounds, from 142 to 130, in three days. It is likely he was dehydrated from “sweating off” water weight, creating an electrolyte imbalance known to throw the heart into chaos. 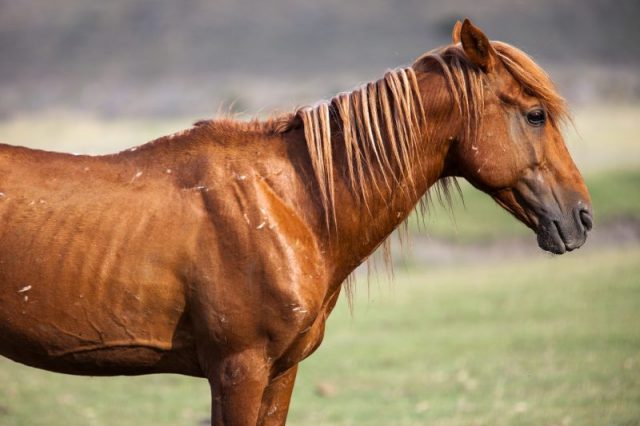 The owner of Sweet Kiss, the horse he rode to his death, attended the funeral.

He likely never heard the crowd cheering in the end.

“A great roar swept out when she came home first,” the Auburn paper said of Sweet Kiss’s win.

News of Hayes’ wild last ride was carried well beyond local newspapers. In fact, his obituary was even in the Washington Post, which reported kindly on his passing:

“Hayes ambition in life was to win a race. He tried once in Canada and failed, and on his second attempt, he won, but the strain on his heart was too much, and he died after crossing the finish line on a horse trained by him and owned by a lifelong friend. J. F. Frayling, the boy’s employer and lifelong friend, and Miss A. M. Frayling, the owner of Sweet Kiss, the horse he rode to his death, attended the funeral.” 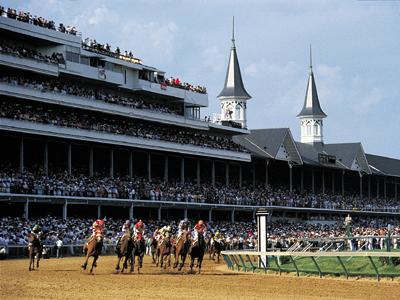 The rigors – and dangers – of making weight have long plagued certain athletes, such jockeys and wrestlers. To ride in the Kentucky Derby, a jockey plus his equipment can only weigh 126 lbs. That means most jockeys must weigh less than 118 lbs. to meet the requirement.

While more is known about the risks of dropping to much weight – especially water weight – too fast, jockeys all have their tricks to keeping trim. 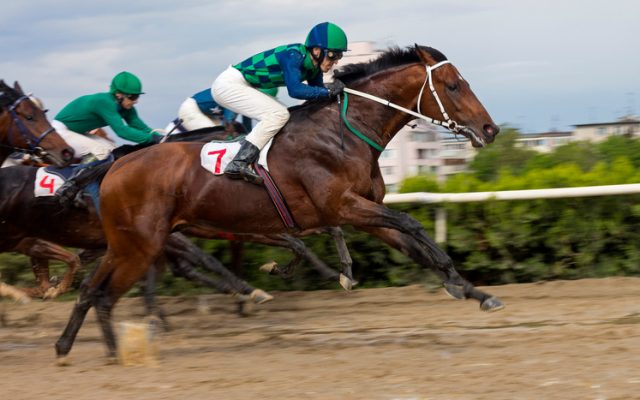 Race for the prize of the “Derby”

Laffit Pincay Jr., the world’s “winningest” jockey, allowed himself only 600 to 750 calories a day when racing. He was known to eat half of a single peanut for lunch, slicing it into slivers. He had the odd treat, including cake, but would chew the food, then spit it out instead of swallowing.

Read another story from us: The Legendary “Battle of the Sexes” Horse Race that Ended in Tragedy

For exercise, Pincay would speed-walk instead of run, because running increased muscle mass, and therefore, total body weight. To this day, many jockeys emulate this exercise regime.