An Offer is Coming: ‘Game of Thrones’ Castle now up for Sale in Northern Ireland

Gosford Castle in Northern Ireland, built in the 19th century, has not only seen moments of high drama in its own history but served as the cinematic stronghold of one of the families in Game of Thrones: Riverrun. Like many of the families in George R. R. Martin’s popular series, the Tullys ultimately don’t do too well.

The castle, now offering 15 bedrooms, 10 bathrooms, and 10 reception rooms, is up for sale. The asking price is $656,452 with the real estate agent breaking down the property into six luxury apartments with names like “The Inner Bailey,” “The Round Tower,” and “The Old Keep.” 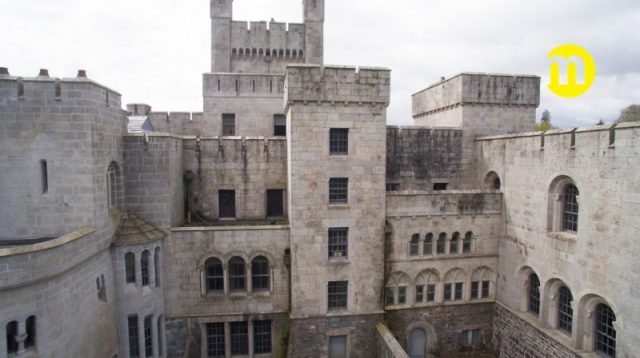 As one headline put it, “’Game of Thrones’ Castle Selling in Northern Ireland for Less Than the Cost of a New York Apartment.”

Gosford Castle was built by the 2nd Earl of Gosford, Archibald Acheson, and is a grade A listed building. “It was designed in the Norman Revival style by London architect Thomas Hopper and was occupied by the Earls of Gosford until 1921,” said the real estate listing. 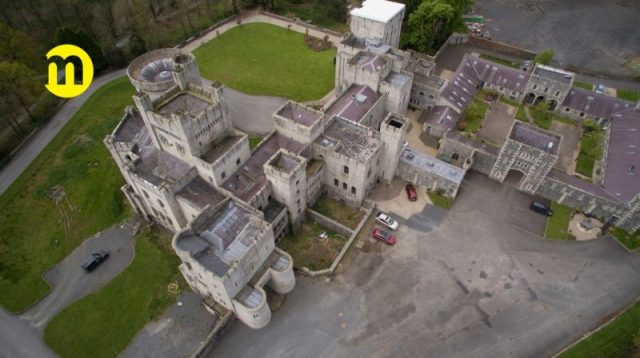 Gosford Castle is surrounded by Gosford Forest Park, which was designated the first conservation forest in Northern Ireland in 1986. Photo by Maison Real Estate

“During the Second World War the Castle was commandeered and used to accommodate troops and a prisoner of war camp was set up in the estate.”

After the war, the Achesons, “in dire straits” according to one account, sold Gosford Castle to the Ministry of Agriculture, which established the “590 acre demesne as Gosford Forest Park, which was later designated Northern Ireland’s first conservation forest in 1986. The castle fell back into military use during The Troubles before being run as a hotel from 1983.” (The castle was used as a soldier’s barracks during The Troubles.) 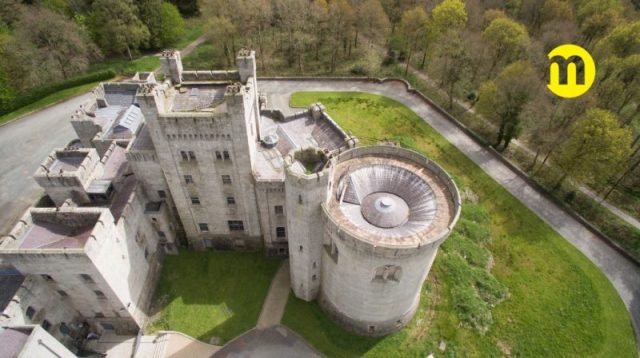 The castle was used as the exterior of Riverrun in Season Three of Game of Thrones. Photo by Maison Real Estate

Gosford Castle once boasted 150 rooms and was referred to as “Northern Ireland’s largest–and arguably most impractical–castle” by the Belfast Telegraph. 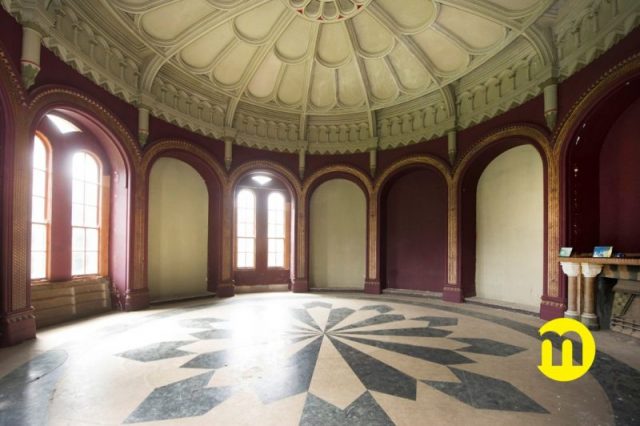 Interior of the castle. Photo by Maison Real Estate

The producers of Game of Thrones used the castle as the exterior of Riverrun in Season Three of the HBO series. As described by the Game of Thrones website, “It sits at the point where the Red Fork of the Trident River is joined by its major tributary, the Tumblestone River flowing out of the west. In times of danger, sluice gates can be opened to flood a channel cut to the west of the castle, turning Riverrun into an island. Its walls rise sheer from the waters and its towers command the opposite shores, making assaulting it almost impossible without huge casualties.” 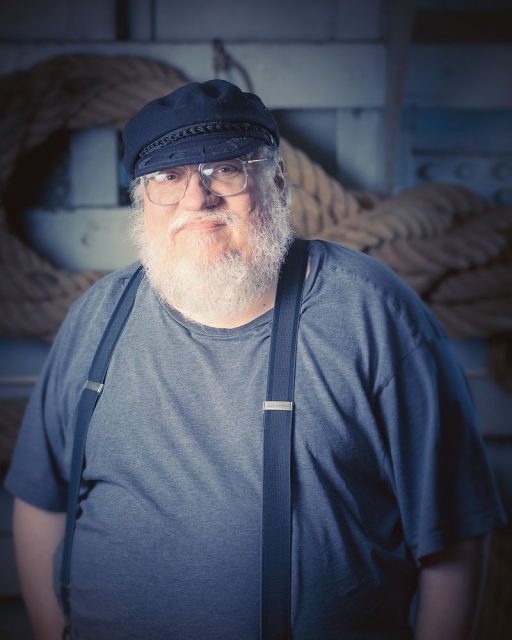 Riverrun was in the possession of House Tully for a thousand years. They are one of the seven kingdoms of Westeros, ruling over the Riverlands, with a motto of “Family, Duty, Honor.”

In the series’ early seasons, Catelyn Stark (Michelle Fairley), the wife of Lord Eddard Stark (Sean Bean), born a Tully, remained deeply involved with her family, in particular, her brother, Edmure, and uncle, Brynden Tully, known as the “Blackfish.” 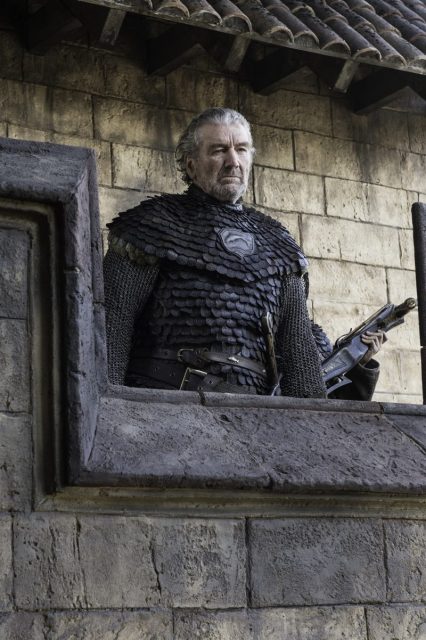 The Tullys joined the Starks in the war against the Lannisters that broke out in Season One of the show. Lord Stark is beheaded in King’s Landing in one of the most shocking episodes of the series. But of course, there was more to come! 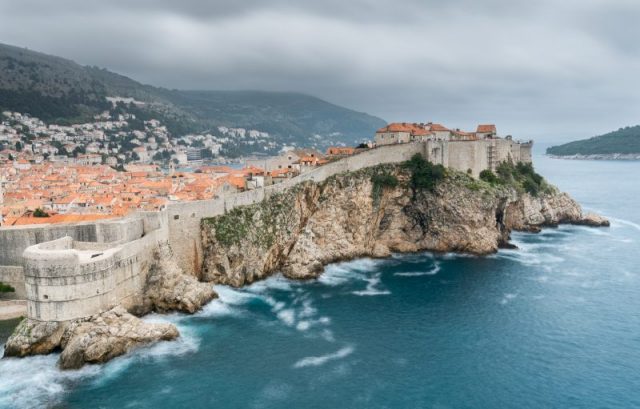 One of the turning points of the series was the oldest son, Robb Stark, deciding to execute Richard Karstark for treason at Riverrun. These scenes were shot partially at Gosford Castle. Karstark, who was a vassal of the Starks, had executed two Lannister boys. This action of Robb’s alienated some of his supporters and arguably led to the more bitter and vengeance-laced period of the war, culminating in the Red Wedding.

Read another story from us: An island off northern Spain with a small church perched on top is the location of the dramatic Dragonstone in “Game of Thrones”

As the website Winter is Coming put it on the castle sale, “Ever wanted to live like a Tully, able to fall asleep to the lapping sounds of the Trident and peering down from your battlements in disgust at the assembled Lannister forces outside your gates? Now’s your chance.”