In the 16th century, when the Spaniards explored the coast of California, they ran into a bay laced with sharp rocks scattered at various depths. They called this treacherous bay “La mandíbula del diablo” ― or in English, “Devil’s Jaw.”

It was destined to sink ships as if that was its only purpose for the series of rock rocky outcrops, which present the biggest danger for mariners in the area together with the shallow bottom, seem to be God’s own design for sinking ships lost in the fog.

This was the place where the steamship SS Yankee Blade sank in 1854 while transporting passengers and a load of gold. Between 30 and 40 persons aboard lost their lives during the accident, and the rocks were to blame. 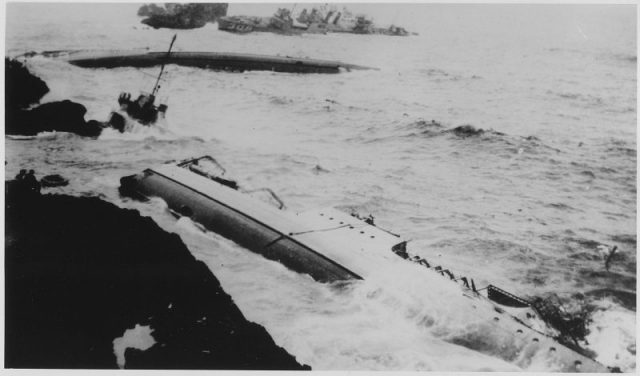 Fast forward to 1923 ― when it became the watery grave for 23 sailors and seven destroyers of the U.S. Navy, mounting the material damage to around $13 million.

The area, named Point Honda by the locals, thus became the site of a largest U.S. peacetime naval accident to date. In one night, the Navy lost more ships that it did during WWI. 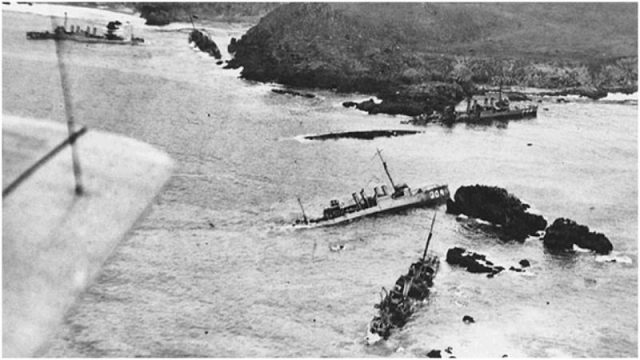 It was on the eve of September 8, 1923, when a group of Navy destroyers ― none of them more than five years old ― were conducting an exercise in the Pacific. The ships were all Clemson–class destroyers, which were at the time considered cutting edge technology.

After partaking in the naval exercise in the Puget Sound Area, the ships of the Pacific Fleet were to return to their homeports.

For the ones belonging to Destroyer Squadron Eleven (DESRON 11) that meant cruising just off the coast of California to San Diego, with a stop at San Francisco. The group was commanded by Commodore Edward H. Watson, a veteran of the Spanish-American war of 1898 and the subsequent Philippine Insurrection. 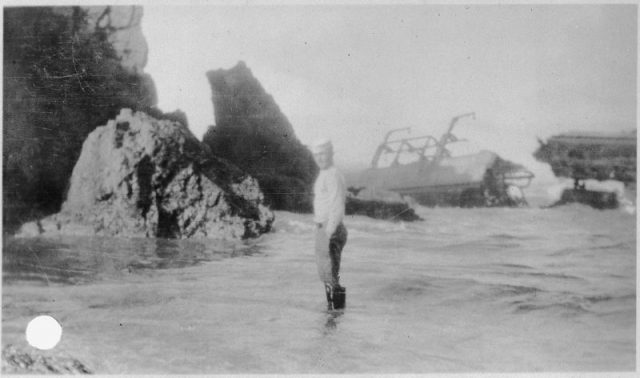 Little did he know that their voyage home was about to get violently interrupted. The squadron was steaming towards San Diego Bay, forming a line led by their flagship USS Delphy, aboard which was the Commodore himself. 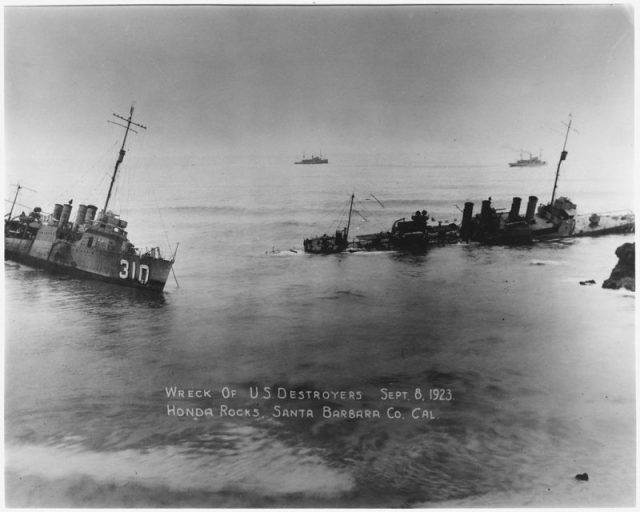 Their intention was to reach the Santa Barbara Channel but as the night fell their visibility became significantly reduced. In addition to this, a dense fog covered the area following nightfall, even further limiting their visibility.

As this was but the dawn of radio equipment, Commodore Watson decided to rely on dead reckoning rather than trusting the radio direction finding, which he believed was erroneous.

However, relying on various estimations on ship’s course, speed and position proved to be fatal for the USS Delphy and other six destroyers which followed in close formation, as the squadron was still participating in a wartime exercise.

They were not at all where they expected to be ― while believing they were entering the San Diego Channel, they were, in fact, several miles northeast from their desired location.

Apart from the six ships which followed Delphi, another two refused to obey having estimated that it was too risky to follow this course. In the final outcome of the accident, these two ships ― USS Farragut and USS Somers ― would only face light damage, although they too ran aground. 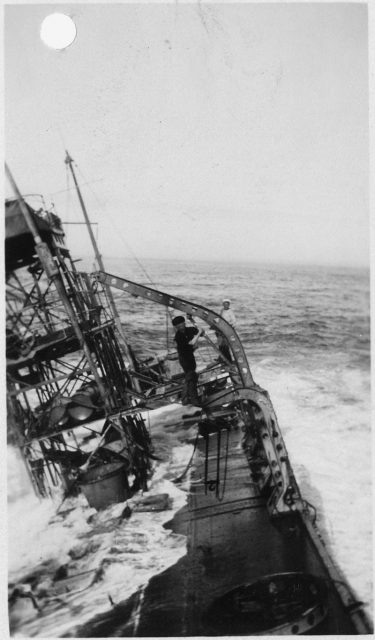 What also participated in the formation’s demise was the fact that soundings of water depths were not conducted due to the squadron simulating wartime conditions and not slowing down.

Ultimately, USS Delphy ran aground, sounding its siren to warn the others. Even though it helped, the six ships in close formation suffered a similar fate. All seven of the destroyers were wrecked beyond repair. 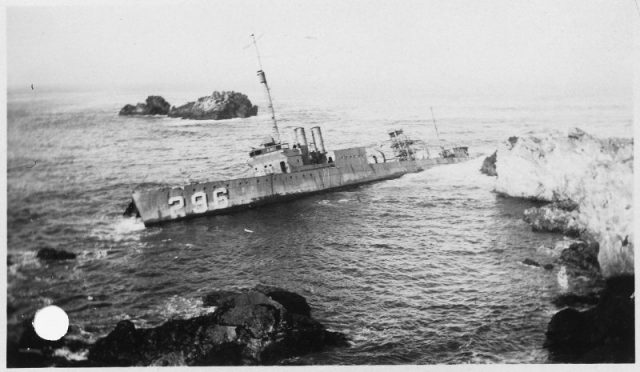 Most of the crews managed to evacuate, including Commodore Watson, although 23 sailors paid with their lives for the mistake made by their commander.

Soon locals were mobilized in rescue attempts, while the sailors were conducting an evacuation. One of the destroyers ― USS Young ― capsized, so its crew was forced to hastily abandon ship via a lifeline which was formed with USS Chauncey, which had also run aground but was in stable condition. 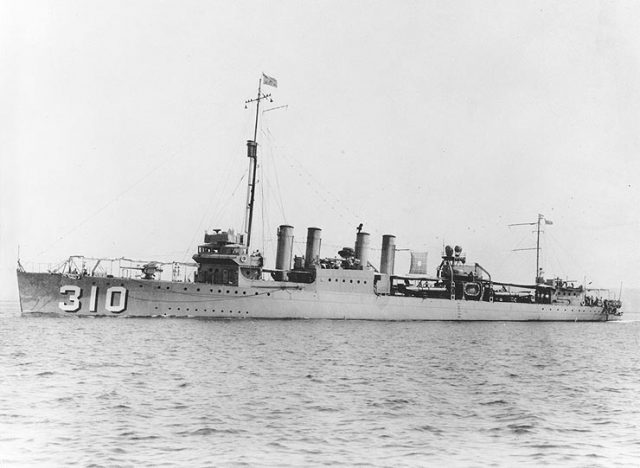 USS Fuller and USS Woodbury were evacuated with the help of local fishermen, while the USS S. P. Lee became marooned on the coast and out of danger.

As for the flagship, the USS Delphy, she sank completely, taking three men with her.

What soon followed was the trial which down went in history as the largest single group court-martial in the U.S. Navy. During the trial, Watson accepted full responsibility for the accident, setting the example for others. 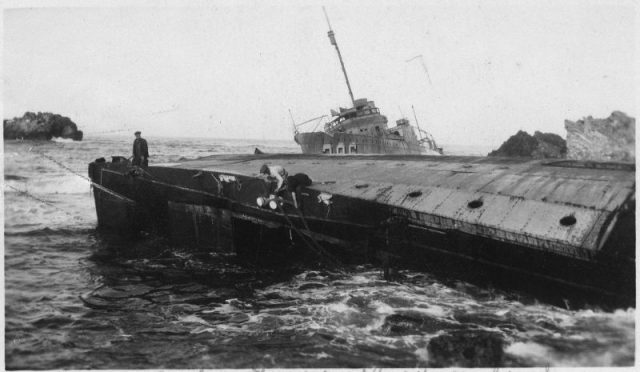 USS Woodbury on the beach.

It was concluded during the investigation that a number of factors caused the accident, one of them being an earthquake which took place in Japan a week before.

Watson’s gesture was commended by his peers and the government. 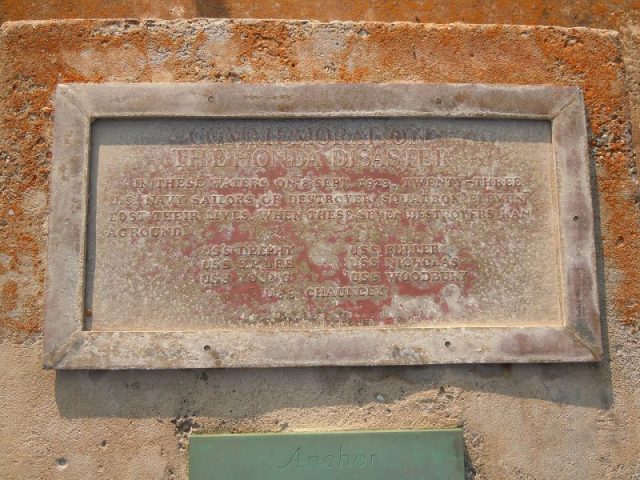 Photograph of the plaque commemorating the U.S. Navy Honda Point Disaster of September 8, 1923.

As for the wrecks ― they remained at Honda Point at least until 1929, as the government decided not to salvage them but to sell them to a scrap merchant who took his time to retrieve them.

Read another story from us: Chappaquiddick Coverup? Kennedy left the scene, did not seek the help of the police or report it to authorities

Today Honda Point is better known for its current name ― Point Pedernales. It contains a plaque and a memorial commemorating the accident, together with a bell which was once aboard USS Chauncey.