When one imagines the “Wild West” of the 19th century, it is probably the stereotypical imagery of “Cowboys and Indians”. And those cowboys in your head are likely white. But African-American cowboys of the 19th century actually accounted for about one quarter, or 25 percent of workers in the cattle industry between the 1860s and 1880s.

According to SmithsonianMag the term “cowboy” is believed to have been a pejorative referring to black workers, while white workers were called “cow hands.” Over time, however, all ranch workers became known as cowboys.

Before slavery was abolished, enslaved black ranch hands would have been provided with a relatively high level of freedom compared to other slaves, as they were issued with weapons and left alone with their horses and cattle charges for long periods of time. 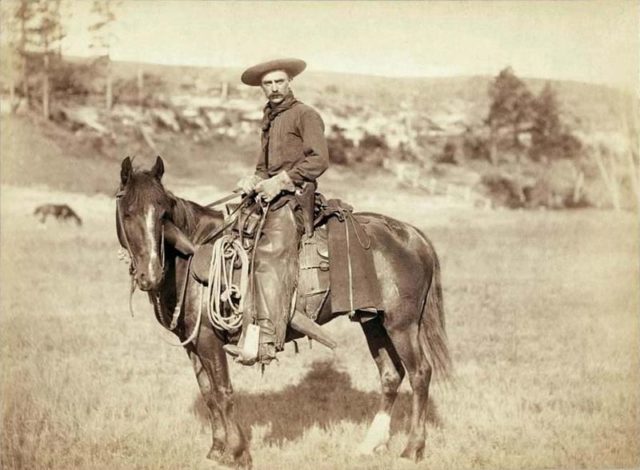 At the end of the American Civil War, slaves that had been freed were still not allowed to own land in some states, so many headed westward. They continued to work as ranch hands, often for the same wages as their white coworkers, which was unusual for the time.

Some even stayed with their former masters as employees. According to historian William Loren Katz, being a cowboy immediately after the civil war was one of the few jobs open to men of color who did not want to work as elevator operators, delivery boys and the like. 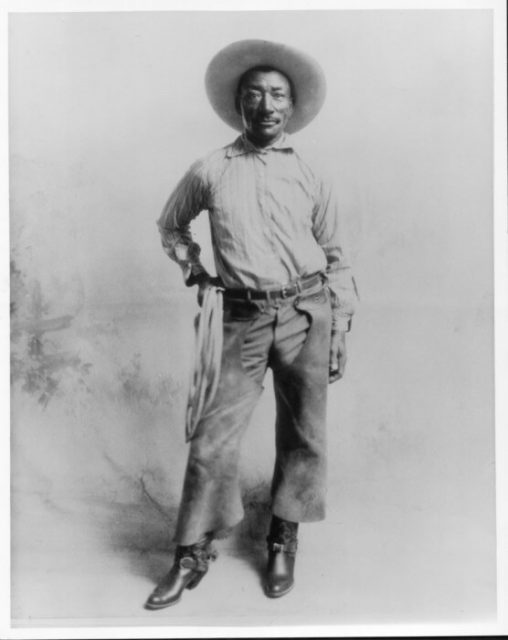 Cowboys of all walks of life were in great demand when ranchers started to sell their cattle to the northern states, where beef prices were much higher than in the south. Off the trail, however, black cowboys were still barred from certain hotels or eating establishments, while their crewmates were not.

But while African-Americans in much of the United States were still experiencing high degrees of discrimination (a legacy which continues today), life among cowboys themselves was much more egalitarian. Whether black or white, they shared sleeping quarters, if they weren’t all sleeping under the stars, and even blankets. 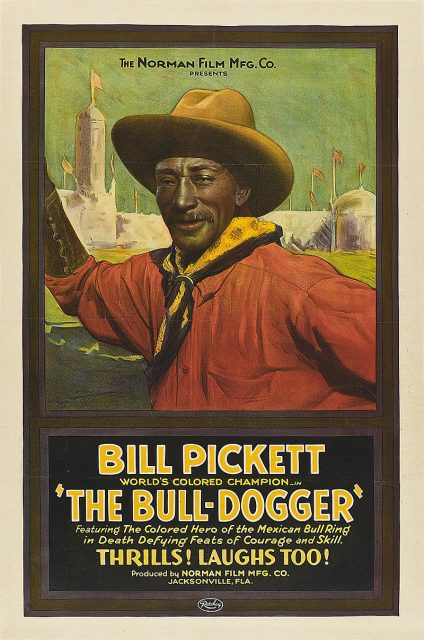 One of the better-known African-American rodeo cowboys was Bill Pickett. In the 5th grade he left school to become a ranch hand and while working with longhorn cattle, invented the technique of “bulldogging.” Pickett would jump from his horse and literally grab the bull (or cow) by the horns, wrestling it to the ground.

With his 4 brothers, Pickett later established the Pickett Brothers Bronco Busters and Rough Riders Association. He then joined the 101 Ranch Wild West Show in 1905, and performed under the pseudonym “The Dusky Demon.” However, his African-American heritage sometimes meant he could not appear in many rodeos, and so he would claim to be of Comanche descent instead. 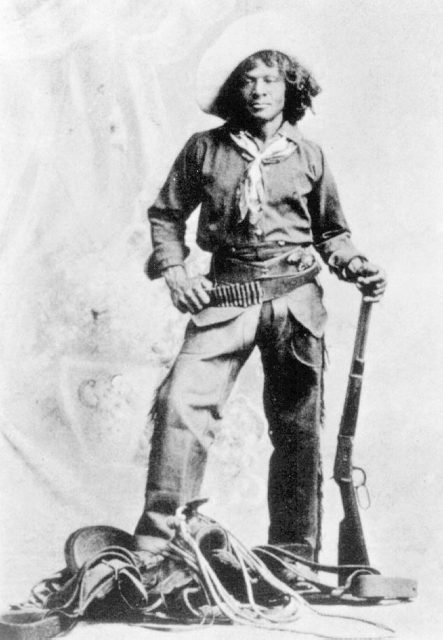 Nat Love, an African-American cowboy born into slavery near Nashville, Tennessee, wrote an autobiography of his life on the frontier in 1907.

In his memoir, he recalls the great friendship of his fellow ranch hands with much respect and admiration: “A braver, truer set of men never lived than these wild sons of the plain whose home was in the saddle and their couch, mother earth, with the sky for a covering. They were always ready to share their blanket and their last ration with a less fortunate fellow companion and always assisted each other in the many trying situations that were continually coming up in a cowboy’s life.” 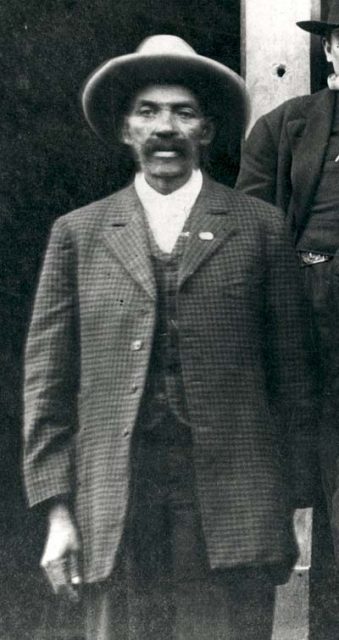 Similarly, Bass Reeves was born a slave in Arkansas in 1838. He later became the first black deputy U.S. Marshall west of the Mississippi River. He is credited with more than 300 arrests, and shot and killed 14 outlaws in self-defense. He often disguised himself to fool lawbreakers, and some believe that he may have been the inspiration behind the fictional character, the Lone Ranger.

When practical transportation lines, like rail, came into existence, the need for migrant cattle ranching came to an end, and the zenith of the cowboy with it. Some continued in the new rodeo shows that were becoming popular, including Nat Love, who became known on the Rodeo circuit as “Deadwood Dick.” 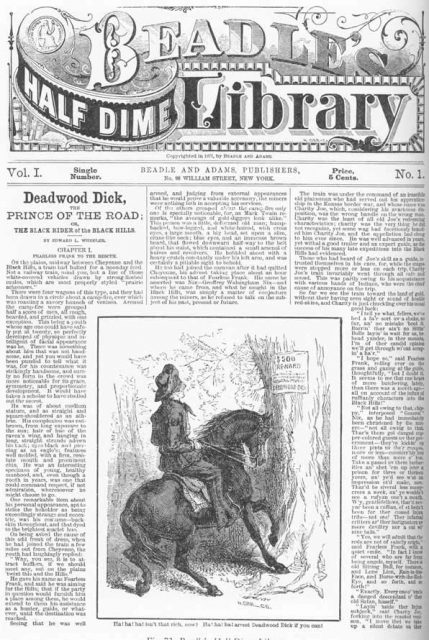 Edward L. Wheeler. Deadwood Dick, the Prince of the Road; or, The Black Rider of the Black Hills, 1877.

Cowboys are still employed today, although not in as great a number as in the 19th century. Cleo Hearn has been a professional cowboy since 1959, and in 1970 became the first African-American cowboy to win a calf-roping competition at a major rodeo.

Read another story from us: Cowgirls: The ranchers, pioneers & later rodeo stars, who rode the West

He has also played a cowboy on TV, in movies, and was the first African-American to portray the Marlboro Man, not to mention he was first to go to college on a rodeo scholarship. Today, he runs his own rodeo group: Cowboys of Color Association, where the settling of the west is portrayed as including a variety of cultures, a fitting legacy for an unexpectedly diverse part of U.S. history.