Turning Urine into Silver – The Accidental Discovery of Phosphorus

Tracing its roots from Hellenistic period Alexandria, the hermetic art of alchemy became a popular obsession among numerous men of science throughout the Middle Ages and Renaissance, claiming in many cases to have reached its final goal ― the production of gold and silver through the use of basic metals like lead.

This manipulation of elements was believed possible only through the use of a mystical device called the “philosopher’s stone.” However, the philosopher’s stone proved to be nothing more than a myth wrapped in early scientific explanations which often dwelled in magic and religious mysticism. 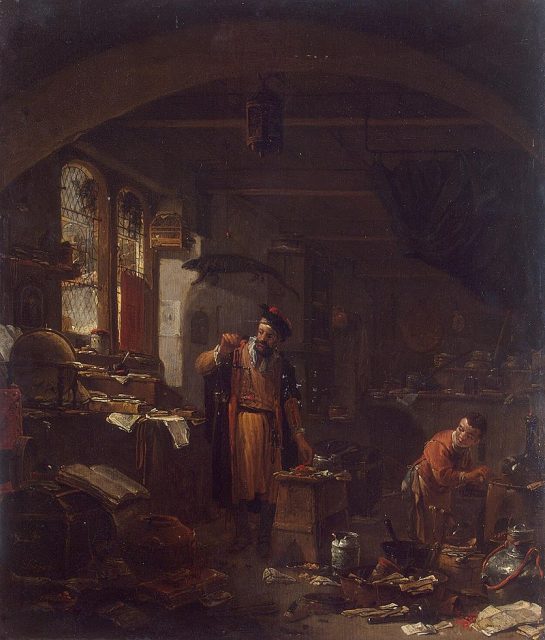 The Alchemist by Thomas Wijck.

On the other hand, while the alchemists spent sleepless nights experimenting with no success, an interesting side-effect of their work quickly arose. Even though they were unable to produce gold from worthless substances, once in a while they managed to accidentally discover chemicals, or establish processes that were unknown prior to their experiments.

Among the most famous of such discoveries was the one made by Hennig Brand, a 17th century soldier-turned-alchemist from Hamburg, Germany, who managed to separate phosphorus from human urine, while searching for an alchemy solution to produce silver. 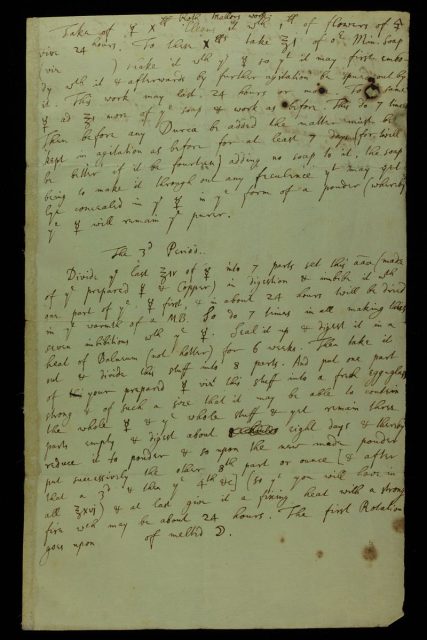 Isaac Newton left behind alchemical notes amounting to an estimated one million words written in his own hand. This page shows two steps (“periods”) in the manufacture of the philosophers’ stone that were drawn from a work by the obscure German alchemist Erasmus Rothmaler.

Brand was born in 1630 and grew up as a glass-maker’s apprentice when the Thirty-Year War caught up with him. Recruited as a junior officer as soon as he reached fighting age, the future alchemist was forced to fight for his life as the war raged across Germany.

Luckily for him, one of the longest-lasting European conflicts in history was reaching its final stage at the time he was old enough to contribute.

After the war, Brand returned to Hamburg and thanks to his first wife’s inheritance managed to pursue a largely non-profitable career ― that of an alchemist. 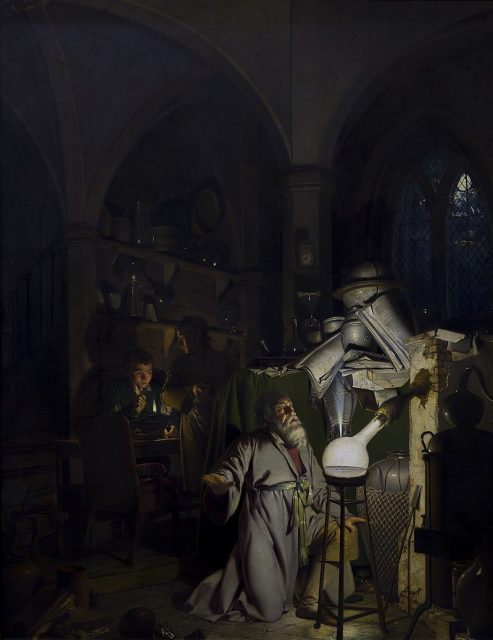 The Alchymist, in Search of the Philosopher’s Stone, Discovers Phosphorus, and Prays for the Successful Conclusion of his Operation, as was the Custom of the Ancient Chymical Astrologers, by Joseph Wright of Derby – now in Derby Museum and Art Gallery, Derby, U.K.

Like so many others, Brand too was obsessed with finding the philosopher’s stone. But during his search, his wife passed away, and with her went the depleted fund which financed his quest for turning lead into noble metals.

To overcome this economic crisis, Brand quickly remarried to one Marghareta, a wealthy widow enchanted by his endeavors ― and the cash flow was restored. 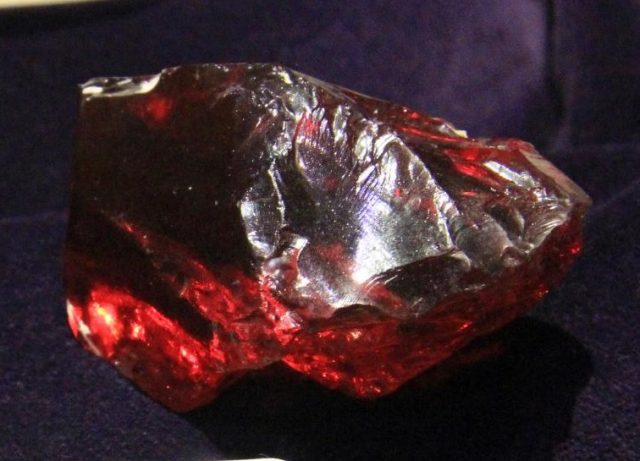 Philosopher’s stone, movie prop from the making of Harry Potter and the Philosopher’s Stone. Photo by Karen Roe. CC By 2.0

It was around that time that the Hamburg-based alchemist started experimenting with water by studying how it reacts with other materials. This provided numerous combinations and subsequently led him to focus on the use of human urine, as he somehow began to believe that it was going to help him to hit the alchemist’s lottery.

Inspired by a recipe he found in an alchemist hand guide, which were popular at the time, Brand combined alum, saltpetre (potassium nitrate) and concentrated urine in hopes of producing silver.

Following this recipe Brand conducted an experiment in 1669, during which he boiled urine on his furnace, waiting for the laboratory retort to become red-hot. To his great surprise, glowing fumes appeared with liquid jumping out of the glassware and bursting into flames while falling.

It must have appeared to him that he was on the brink of discovering something huge. And he was, for a matter of fact, just not as “huge” as turning pee into silver.

He gathered as much of the liquid he could and enclosed it in a jar. As the liquid matter cooled down, it assumed a solid aggregate state, accompanied by a strange glow. This result further perplexed the alchemist who decided to name the substance ― Phosphorus, from the Greek word for Light-bearer. 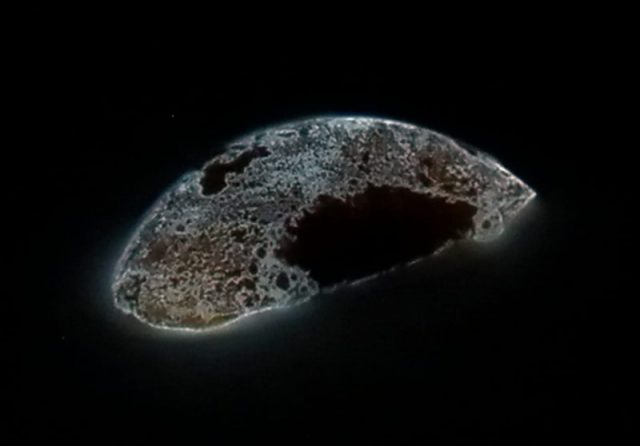 The Latin variant for the word is actually Lucifer ― signifying the Biblical fallen angel ― as it goes to show how alchemists were indeed fascinated with the darker side of Christianity, often using terms which could in those times land them an accusation for heresy. Brand kept his discovery a secret, further experimenting in extracting phosphorus from urine.

But what is today’s scientific explanation for this phenomenon?

Well, human urine contains sodium phosphate, together with various carbon-based organics. Once heated, the oxygen atoms from the phosphate engage in a reaction with the carbon. The reaction produces carbon-monoxide while releasing elemental phosphorus in the form of gas.

The gas then condenses, producing phosphorus in a solid state. Essentially, this is the reaction used when extracting phosphorus from various phosphate ores.

As for the glow, it comes from vapors surrounding white phosphorus. During the chemical process, vapors become oxidized, releasing a large amount of energy which excites phosphorus atoms, producing the otherworldly glow. 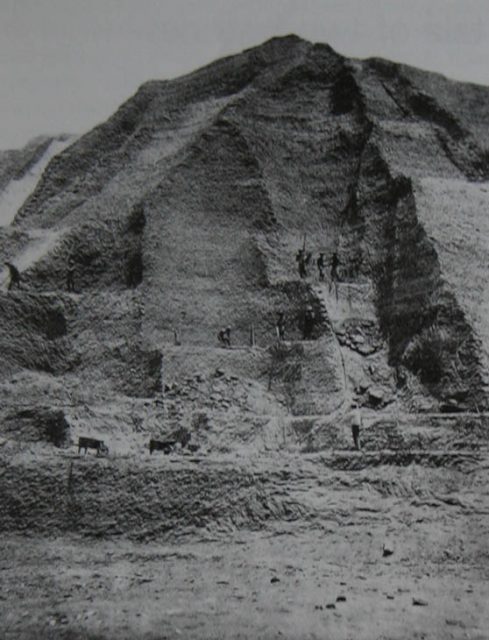 In the 1840s, world phosphate production turned to the mining of tropical island deposits formed from bird and bat guano. These became an important source of phosphates for fertilizer in the latter half of the 19th century. Pictured: Guano mining in the Central Chincha Islands, c. 1860.

Allegedly, the alchemist used the glow instead of candles when studying his books late at night.

According to Brand’s own recipe, however, one should “discard the salt” from the rest of the mixture while extracting phosphorus. 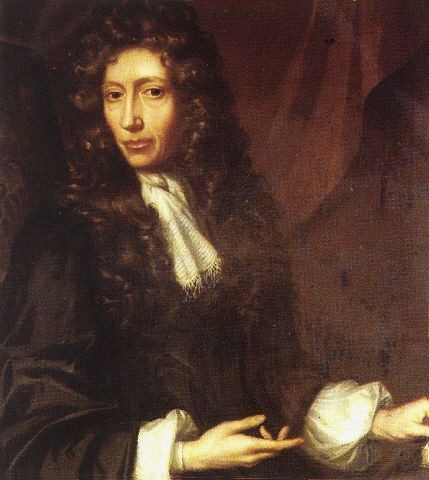 What he failed to realize that discarding the salt also meant removing most of the phosphate. His process was thus flawed, as it took much more urine to produce a very small amount of phosphorus.

Read another story from us: The Human Remains of Skeleton Lake – Visible Only when the Ice Melts

Hennig Brand encountered the reaction accidentally but entered history as the first person ever to do so. Since he refused to share his discovery, English chemist Robert Boyle independently came to the same results in 1680, suppressing the German alchemist into obscurity.