Bohemian Grove: The Secret All-Male Campground for the Rich and Famous

It’s also where for two weeks every July, some of the wealthiest and most powerful men in the United States are said to meet in order to mingle, party, and relax.

To be a part of this yearly event, you must belong to the Bohemian Club. It’s an exclusive and private all-male club. Women are allowed only limited access to the facilities, although able to work as staff overseeing the campground. 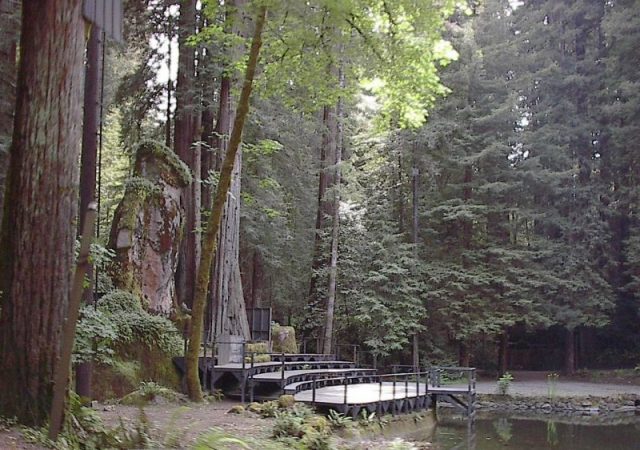 The Owl Shrine covered in moss, standing among trees behind a stage at one edge of a man-made pond. Photo by Aarkwilde CC BY-SA 3.0

Among its members have been former presidents, business leaders, ex-military, and artists. To sign up there is a decade’s long waiting list, followed by a $25,000 initiation fee. Once accepted, there are substantial yearly fees to remain. 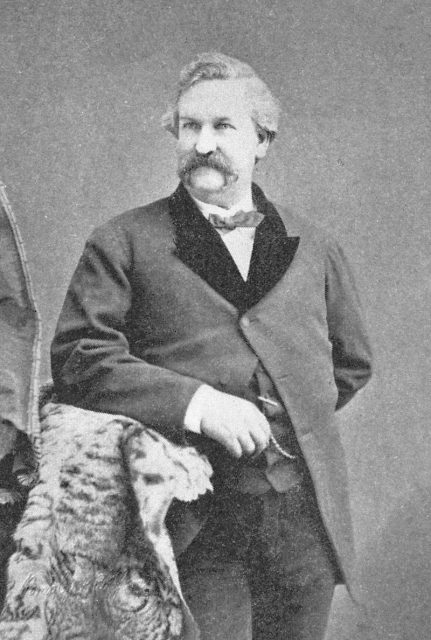 In the 1870s, Henry “Harry” Edwards was an actor with the California Theatre Stock Company, a founding Bohemian and the head entomologist at the California Academy of Sciences.

The Bohemian Club originated in 1872 as a private gentlemen’s club, originally catering to a group of Eastern American newspaper writers wanting to live a “bohemian and cultured lifestyle” in the West. 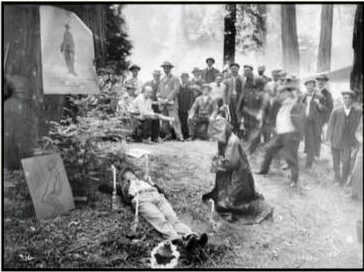 After renting the campground as an annual retreat for a number of years, the Bohemian Grove property was bought in 1899.

According to the organization, the purpose of the Bohemian Grove annual retreat is that it’s a gathering of people who “share a passion for the outdoors, music, and theater.” 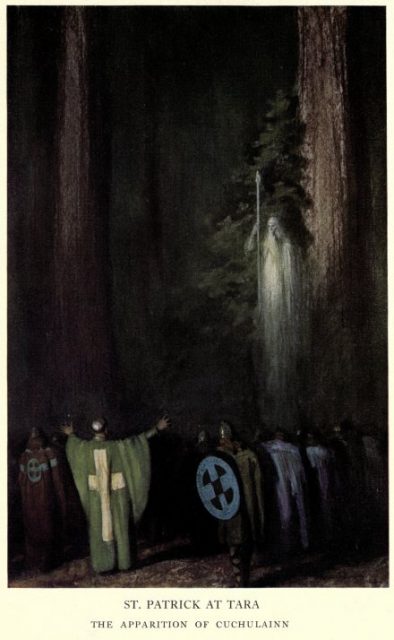 This is a screenshot of an illustration by Maynard Dixon which appeared in the book The Grove Plays of the Bohemian Club, published in 1918.

Participants are discouraged from talking about business and other worldly affairs, although they probably do. 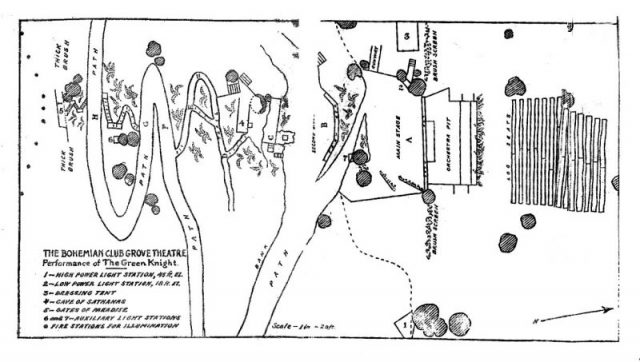 Otherwise, the Grove is kept private and not much is known about what goes on, aside from some scattered reports by outsiders who were able to infiltrate the compound.

And some outsiders have gotten access in the past. Philip Weiss, writing for Spy magazine, was one of them. In 1989, Weiss lived among Bohemian Grove campers for a week. He called it a high-status retreat for Republicans and other right-wingers. 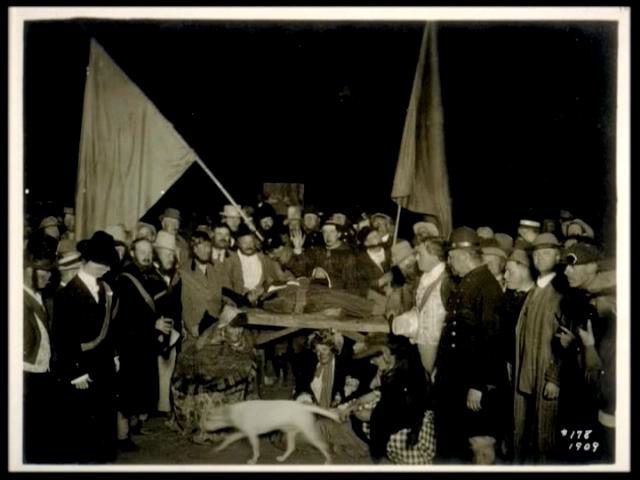 It appears that a number of Republican presidents belonged to the Bohemian Club. They included Dwight Eisenhower, Richard Nixon, Ronald Reagan, and George H. W. Bush. Weiss himself was able to meet briefly with Reagan at Bohemian Grove, only months after the former president had left office. 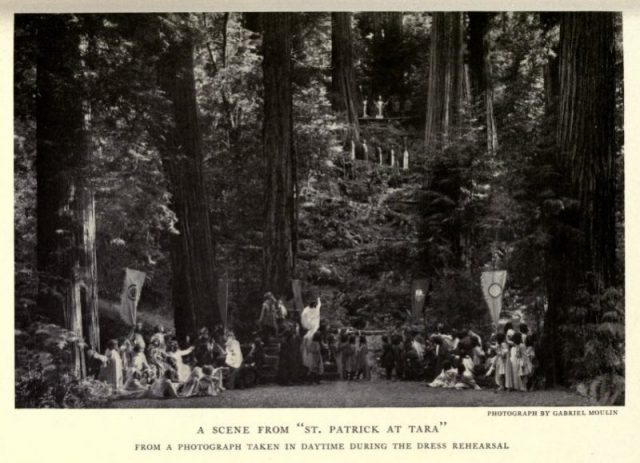 A dress rehearsal for the 1909 Grove Play, St. Patrick at Tara.

Weiss described the living conditions. Members sleep on cots in tents or cabins. There are rustic bathrooms and a common dining area, although people tend to urinate by the closest trees.

Drinking and general idleness are encouraged. There is entertainment or public talks nightly. The men are often drunk and seen walking around only in underwear. 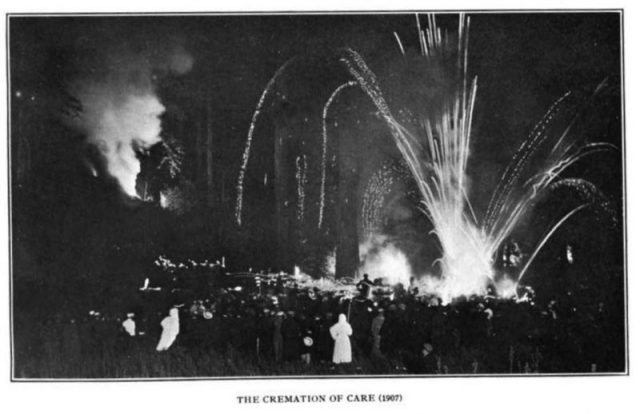 The pyrotechnic climax to the 1907 Cremation of Care.

One curious part of the encampment described by Weiss is the annual opening ceremony, called the Cremation of Care.

Bohemians claim it’s a ritual to relieve the stress of the outside world. Some members dress up in robes and using torches, burn a “crypt” of Care. 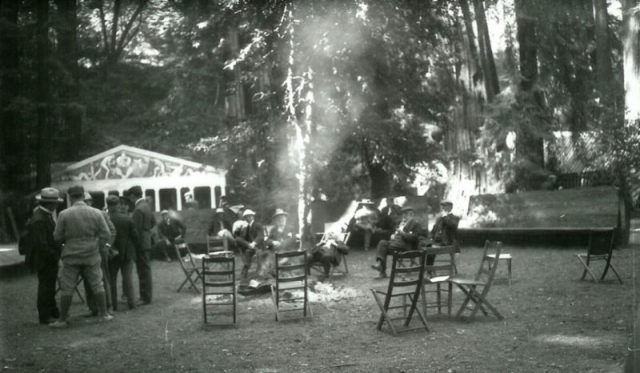 A rare look at Bohemian Grove during the summer Hi-Jinks as photographed by novelist Jack London, c. 1911-16.

They also sing at the base of a giant 40 foot metal and concrete owl shrine, the symbol of the Bohemian Club. 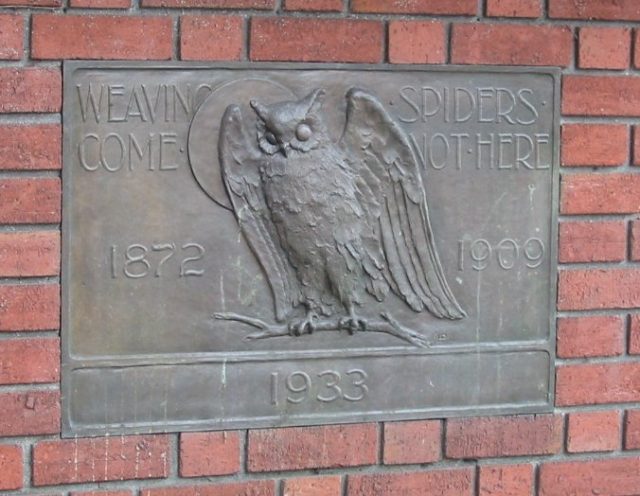 Of course there are many critics. Protests against it are held annually. There’s popular suspicion that more goes on than a simple retreat for the wealthy and powerful. 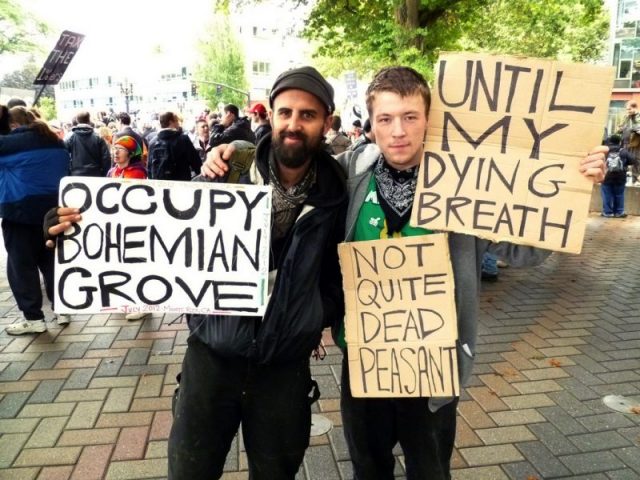 One of the claims against Bohemian Grove is that policy is discussed and decisions made in the forest in private that affect the rest of the country and world. It’s alleged that back in 1942 the idea of the Manhattan Project, building the first atomic bomb, was conceived. 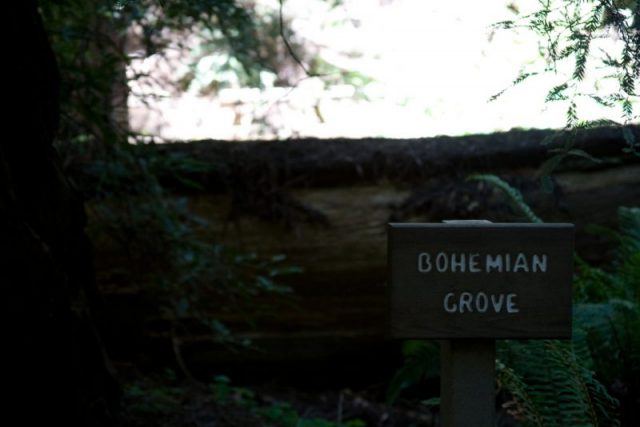 Bohemian Grove has been a gift to various conspiracy theorists. The infamous radio host Alex Jones allegedly also infiltrated the compound in 2000. He claimed to show images of various rituals done in the forest, including the Cremation of Care. Jones called the acts satanic and pagan in nature. References were made to human sacrifice. 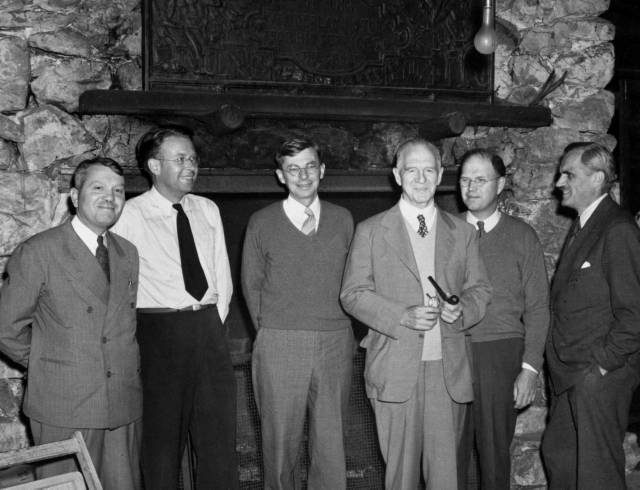 The reality is that Bohemian Grove is so secretive it’s difficult to know exactly what it’s all about.

Read another story from us: The Sons of Lee Marvin: a “secret” society founded by directors, actors, and singers who are his proud look-alikes

While some of the practices do seem bizarre in modern times, generally it sounds more like an outdoor frat house for some of the American elite to let loose for a few weeks.