Modern big screen daredevils such as Tom Cruise and Jackie Chan risk life and limb in the pursuit of realism for their movies. That being said, it’s worth sparing a thought for the pioneers of motion pictures, who performed jaw-dropping feats that could have got them killed long before the introduction of health and safety standards.

One of these founding fathers of fun was Buster Keaton, the legendary slapstick comedian whose career stretched from the silent era to the likes of The Twilight Zone and It’s A Mad, Mad, Mad, Mad World. 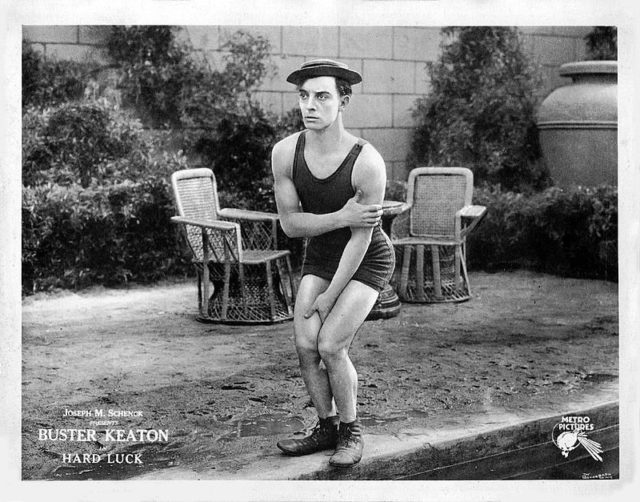 In a 2010 piece for IndieWire, director Peter Bogdanovich identifies him as part of “a group of comic geniuses” who “did things on the movie screen that were more elaborately conceived for comedy, more brilliantly constructed for laughs, and, simply, funnier than anything ever done — before or since.”

Keaton made his name with set piece stunts, throughout which he maintained his deadpan demeanor. 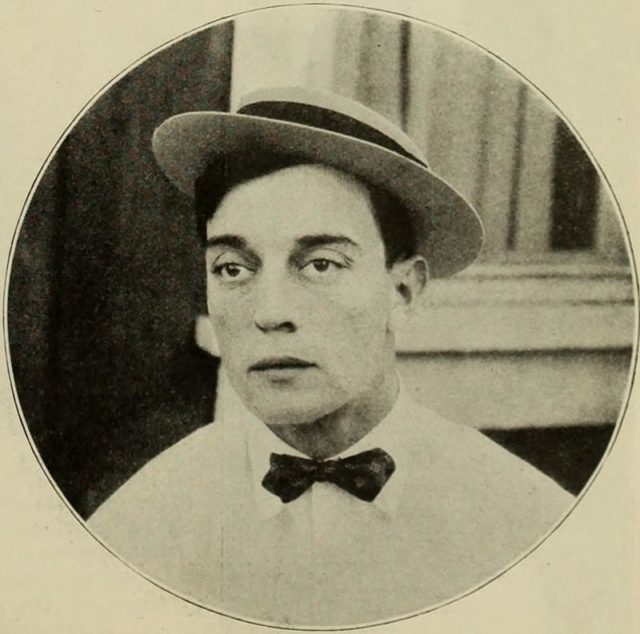 A 2015 Guardian blog article states that he “never refused a stunt, however dangerous; in fact, he frequently doubled for other actors when they needed to take a fall. That’s because he was a pro, who had learned to land soft and withstand a few knocks from his childhood in vaudeville, playing The Little Boy Who Can’t Be Damaged in a family act.” 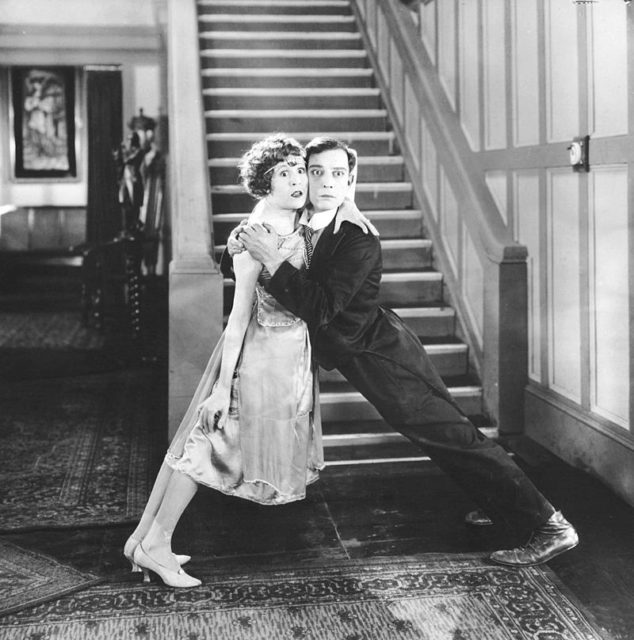 In 1924 he was in his mid-20s and drawing big audiences for his feature films. He had a movie in production called Sherlock Jr., about a lovesick movie projectionist who dozes off and enters the stunt-laden world of the characters he projects.

Keaton directed and produced the film. Like fellow comedic icon Charlie Chaplin he was very involved behind the scenes and his efforts pushed the limits of filmmaking to new heights. 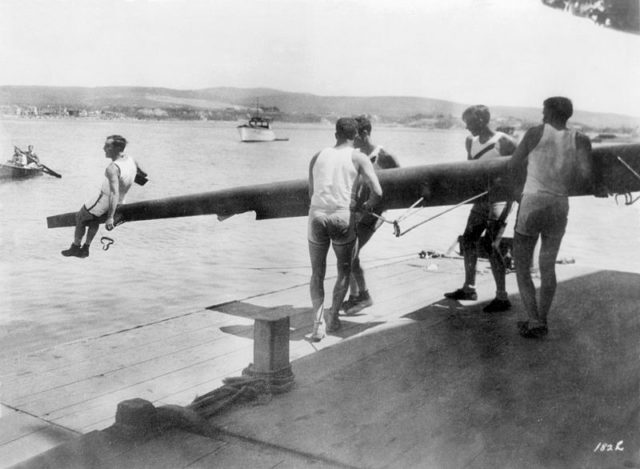 Buster Keaton on Newport Bay in the film College (1927).

Sherlock Jr. saw the fearless star hop across the carriages of a moving train which was rushing past a water spout. Keaton had to take hold of the spout, a dangerous enough proposition had it gone awry. As the onscreen evidence shows, he completed the move. Unfortunately the second part of the stunt didn’t go so smoothly. 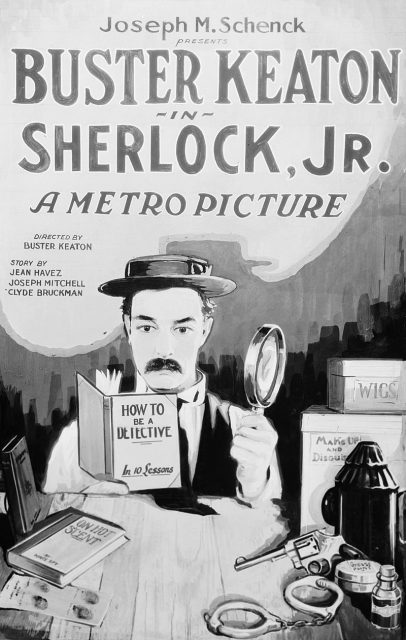 In a brilliant display of fate’s fickle treatment of knockabout comedians, Keaton’s weight triggered the spout (as intended) and the resulting gush of water knocked him to the tracks (again, as intended).

On the way down however he hit his neck on the rail. Despite being rendered unconscious and experiencing severe headaches Keaton soldiered on. In fact he soldiered on for another decade or so before a trip to the doctors brought a diagnosis many years in the making. 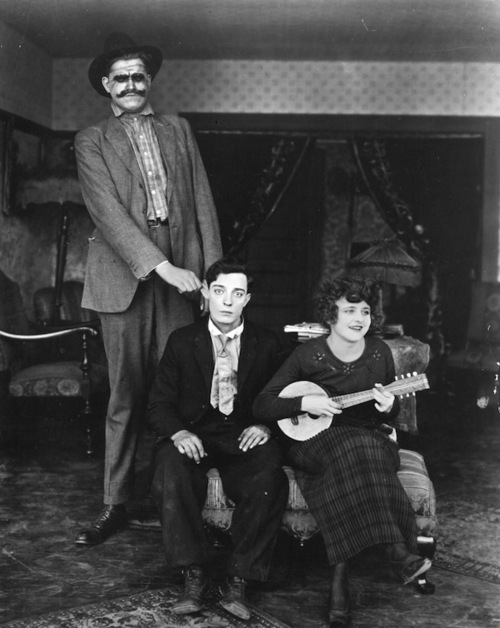 Still with Bartine Burkett and Buster Keaton in the American film The High Sign (1921).

An x-ray revealed the fall had broken his neck. That the loose-limbed performer hadn’t noticed was a testament to both his strength of will and his recklessness. It was a truly shocking realization, yet Keaton may have been thankful that worse had not occurred.

For arguably his most famous stunt, the front of a house fell on top of him in 1928’s Steamboat Bill, Jr. Whilst still suffering from a neck fracture he didn’t know about, Keaton hit a certain mark so he’d remain unsquashed by the heavy facade. 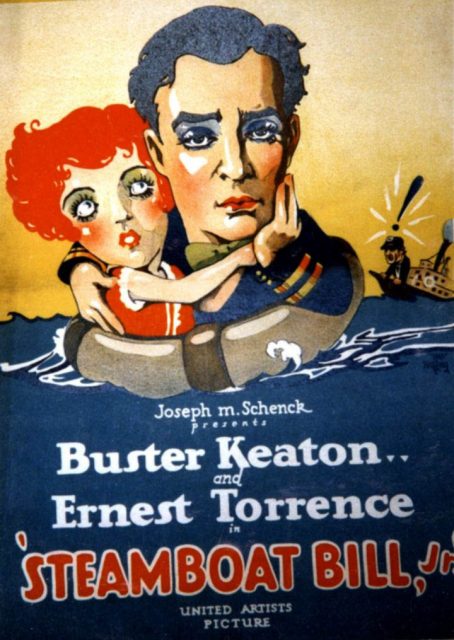 According to The Guardian Keaton “relied on precise mathematics and nerves of steel. Keaton’s position on the ground had to line up exactly with an open window in the top of the house; thankfully for him, it did. More importantly, he had to be sturdy enough to trust the sums, and not flinch.”

His impassive features gave him the nickname “The Great Stone Face.” Adding to his mystique was a background on the vaudeville stage with all its tricks and sleight of hand. Keaton is rumored to have gotten the name Buster from Harry Houdini himself. 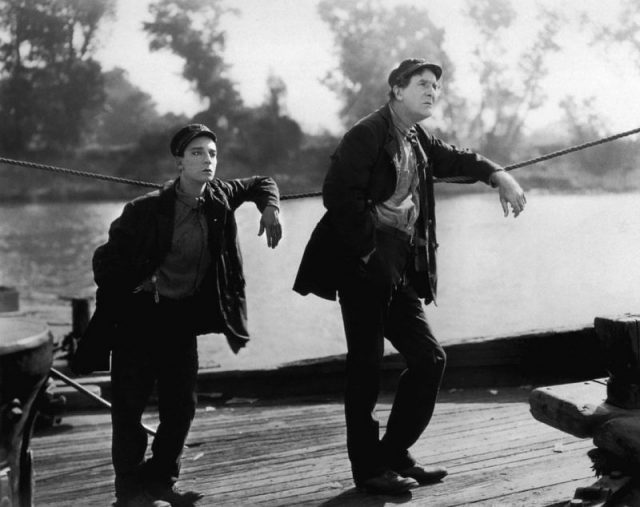 Biography.com says, “As legend has it, he earned the name of ‘Buster’ when he was 18 months old, after falling down a flight of stairs. Magician Harry Houdini scooped up the child and turning to the boy’s parents quipped, ‘That was a real buster!’” Even as a toddler he courted danger. 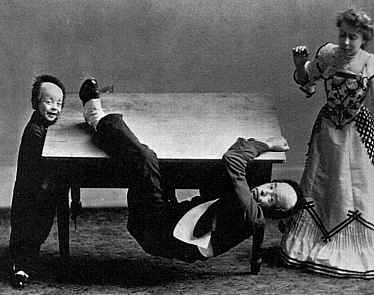 This interest in magic could partly explain the admiration he received from movie titan and enthusiastic conjurer Orson Welles. In his IndieWire article, Peter Bogdanovich recalls Welles telling him that “Keaton was beyond all praise… a very great artist, and one of the most beautiful men I ever saw on the screen.” 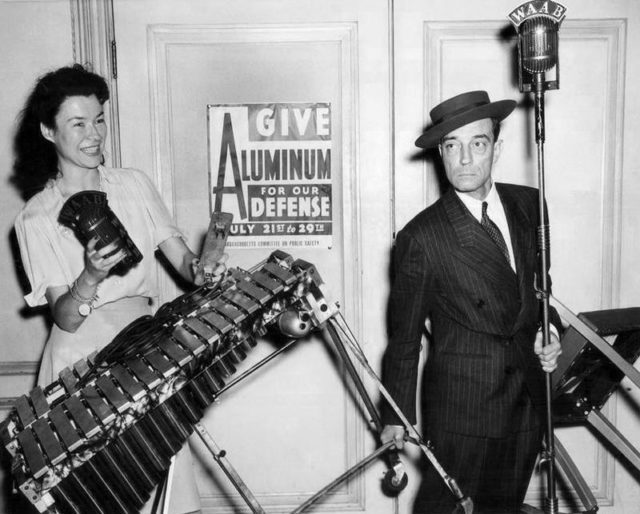 Publicity photo of Buster Keaton and WAAB radio show host Ruth Moss. The radio station was part of the Yankee Network, which was on the air from 1930 to 1949.

“He was also a superb director. In the last analysis, nobody came near him…I wish I’d known him better than I did. A tremendously nice person, you know, but also a man of secrets. I can’t even imagine what they were.”

Read another story from us:  Grave Snatchers Once Held Charlie Chaplin’s Body for Ransom

Well after that x-ray the world knew what one of them was. Keaton was so determined to bring audiences the most fantastic stunts that he nearly died and didn’t even realize.

Steve Palace is a freelance journalist who has worked for various media outlets such as Vice, War History Online, The Vintage News, and Taste of Cinema. His main areas of interest are history, particularly military history, literature and film.

« Satchmo and the Mob – Louis Armstrong’s Dealings with the Mafia
Terror Weapon: Piercing arrows dropped from planes onto the German trenches »