Huge Ghost Ship Appears Out of Nowhere in Southeast Asia

A large, rusty ship with no crew or cargo on board made a startling appearance this week, drifting off the coast of Myanmar.

The vessel bears the name Sam Ratulangi PB 1600 and is about 580 feet long. It ran aground on August 30, 2018, near Thongwa township in the country’s Yangon region.

“No crew or cargo was found on the ship. It was quite puzzling how such a big ship turned up in our waters,” said a regional parliament MP for Thongwa to The Myanmar Times. 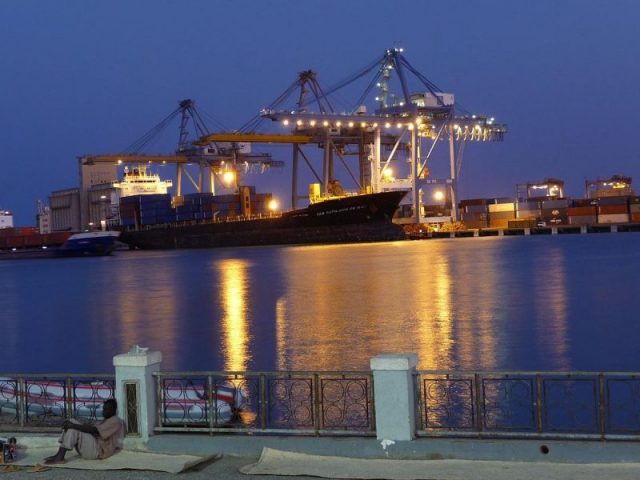 Local fishermen boarded and inspected the ship after reporting it to the authorities. Teams from the navy, coast guard, and police all subsequently searched the abandoned freighter that reportedly weighs 26,510 tons.

Built in 2001, the vessel was last recorded off the coast of Taiwan in 2009, according to marine records.

The BBC reported an explanation on September 1st: “The navy now say the freighter was being towed by a tugboat headed to a ship-breaking factory in Bangladesh. However, the crew abandoned the ship after being caught up in bad weather.” 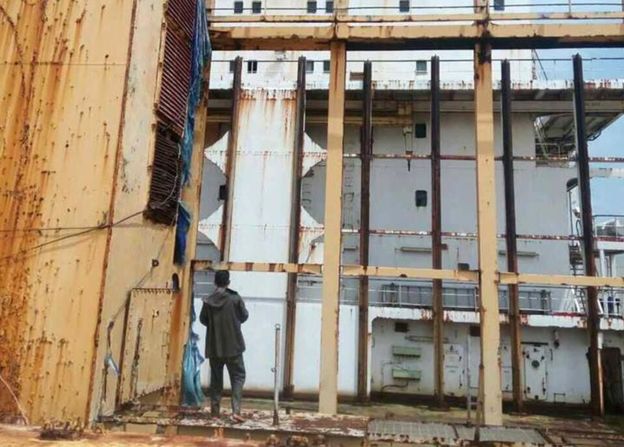 The container of the ship. Photo by Yangon police/ Facebook

Myanmar’s navy said it theorized this was a towing gone wrong after “two cables… were found at its head.” They later found a tugboat, called Independence, about 50 miles off Myanmar’s coast.

After questioning the 13 Indonesian crew members on board, it seems that the tugboat had been towing the vessel since August 13th. They were trying to take it to a factory in Bangladesh to dismantle and salvage the ship.

The news site Eleven Myanmar reports that the owner of the tugboat is from Malaysia. 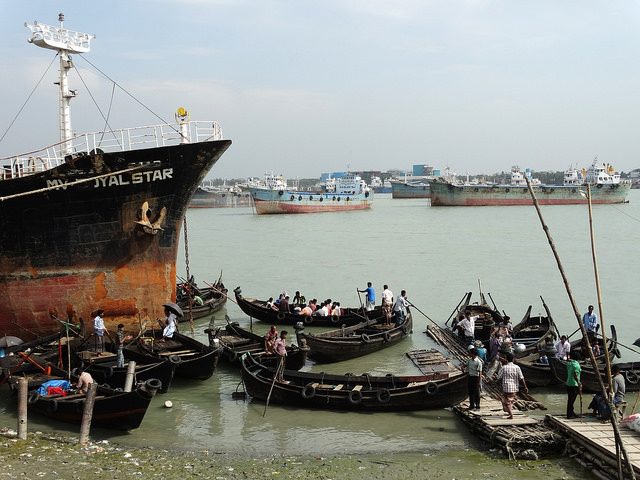 “Bangladesh has a large ship-breaking industry, with hundreds of old commercial vessels dismantled in Chittagong each year,” according to the BBC. “But the business is controversial — with critics saying the work is poorly regulated and dangerous to laborers.”

This would seem to be supported by the crew’s wholesale abandonment of the large ship.

“In my opinion, the ship was recently abandoned. There must be a reason,” Aung Kyaw Linn, general secretary of the Independent Federation of Myanmar Seafarers, said in an interview.

Unseaworthy vessels are reportedly taken to the port of Chittagong in Bangladesh once they have reached the end of their working lives.

The Guardian reported in an article published in 2017 that thousands of workers have been killed or maimed dismantling the world’s ships in Bangladesh, India, and Pakistan. 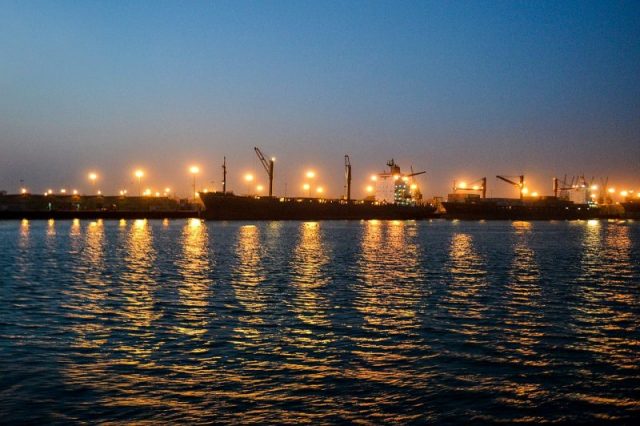 “New legal action is needed, say environmentalists and unions, because of the steady number of deaths and injuries to workers. On one level, shipbreaking is one of the world’s ‘greenest’ industries, with every nut, bolt and sheet of metal on a ship being recycled.” The Guardian also stated that the industry employs hundreds of thousands of people in some of the world’s most poverty-stricken countries. Critics also claim that owners knowingly harm workers by sending their ships to be recycled on Asian beaches.

Ingvild Jenssen, director of Shipbreaking Platform, a Brussels-based coalition of environmental, human rights and labor groups, has said, “Shipowners shield themselves from responsibility through the use of cash buyers.” 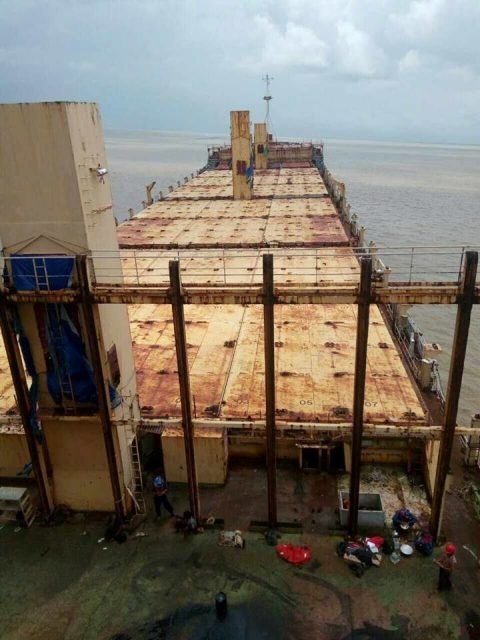 “These scrap dealers sell off the ships for the highest price offered. All ships that end up on the beaches of Bangladesh, Pakistan or India pass through cash buyers, and all sales to cash buyers are clearly scrap deals where the higher price paid indicates that the vessel will be beached.”

In Myanmar, no one is yet sure who will take responsibility for Sam Ratulangi PB 1600.