It’s hard to look at these pictures from the mid-19th century and imagine that this clothing was ever considered newly fashionable, glamorous or even sexy.

But to anyone living in the 1860s, these were indeed just as fashionable as anything worn by supermodels and celebrities today. The new trends in women’s attire were the gored skirt and the oval hoop dress. Because these dresses were sewn together from several pieces of fabric, they took on a more layered look than dresses from earlier eras.

This “gored” fabric allowed for dresses to be created with flat and smooth fronts, but with backs that puffed or crinkled. In 1865, designers began fastening the back ends of long dresses with cords to keep them from dragging on the ground while walking. The cords allowed the skirts to be lifted and the length changed to suit the wearer. 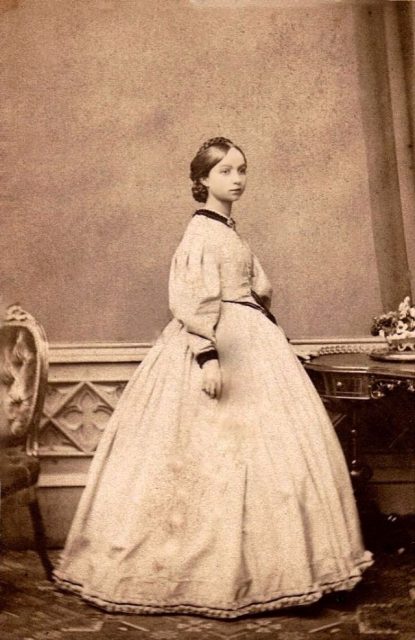 Young lady in white dress from the 1860s 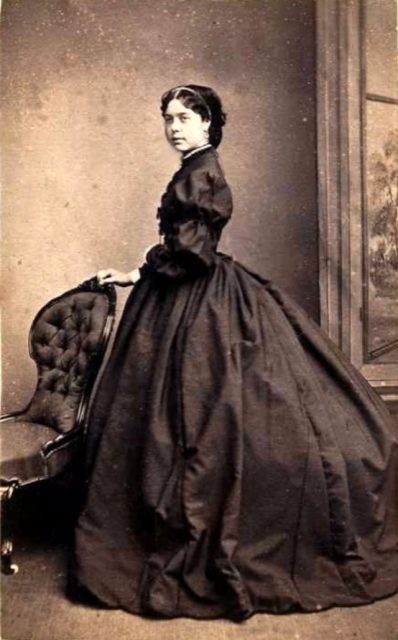 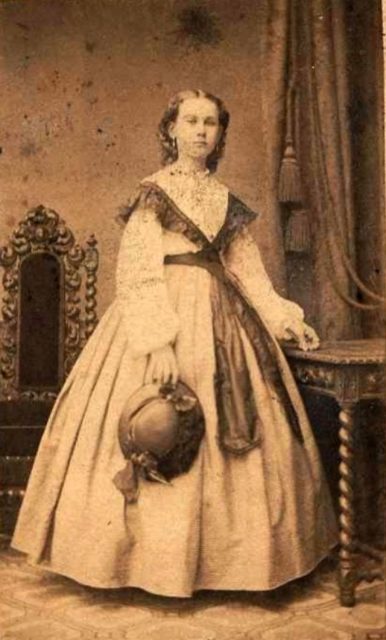 Girl in a beautiful dress and a hat 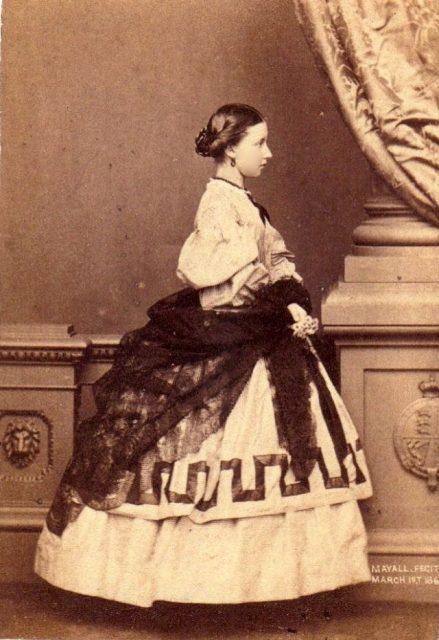 Teenage girl in a lavish dress 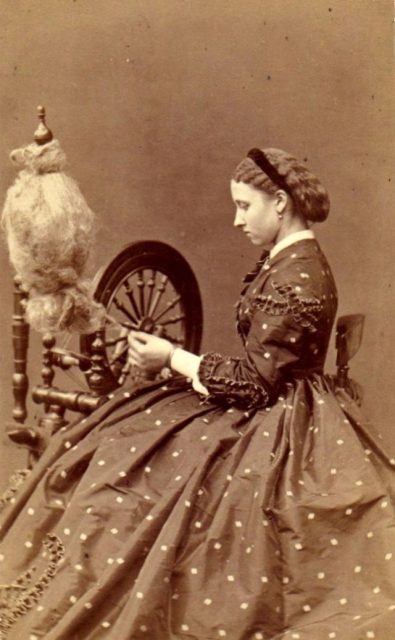 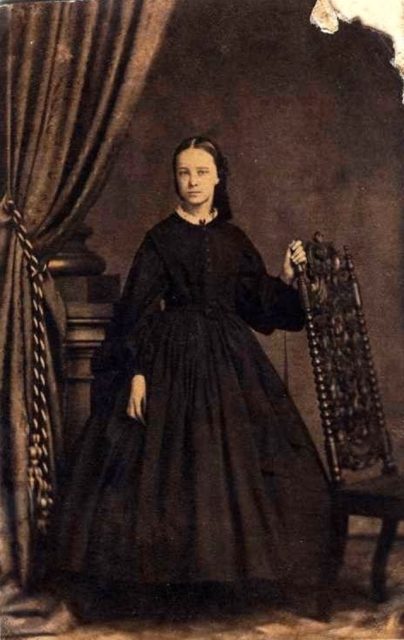 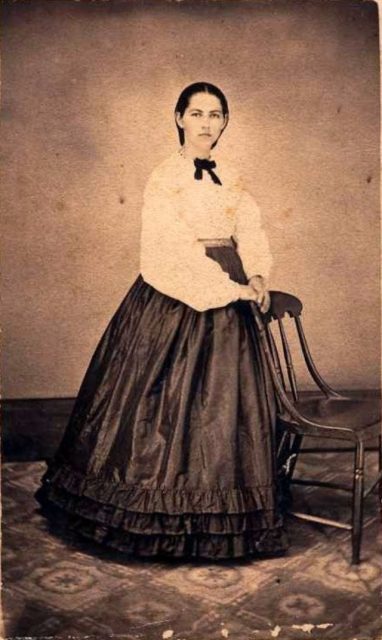 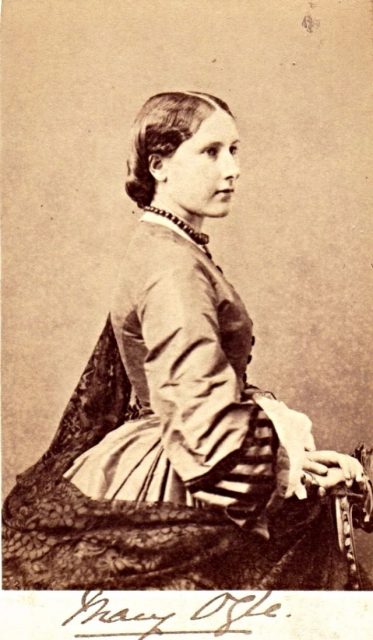 Portrait of a girl in a dress 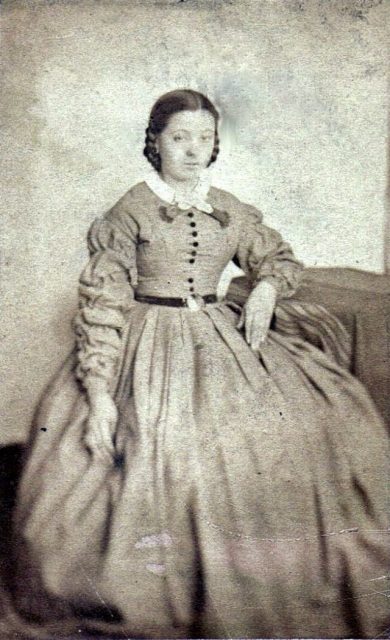 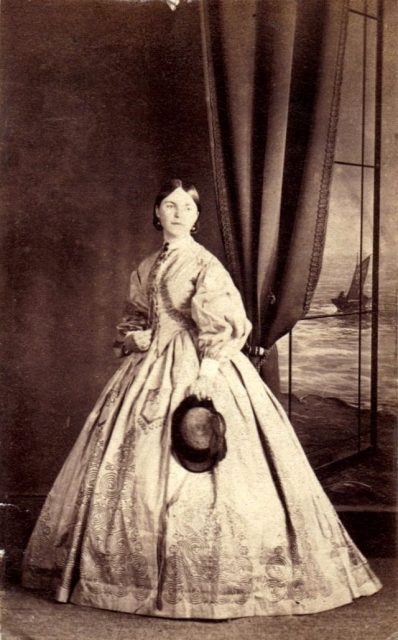 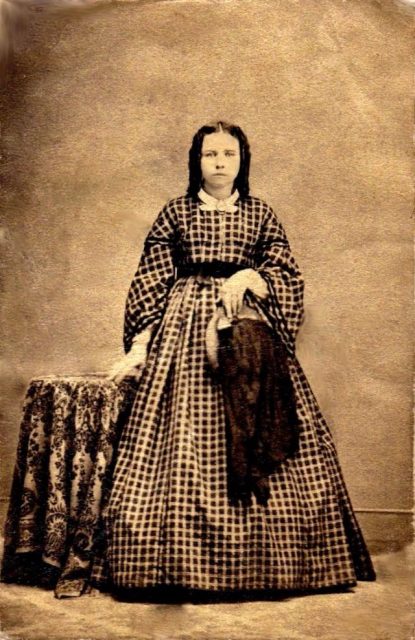 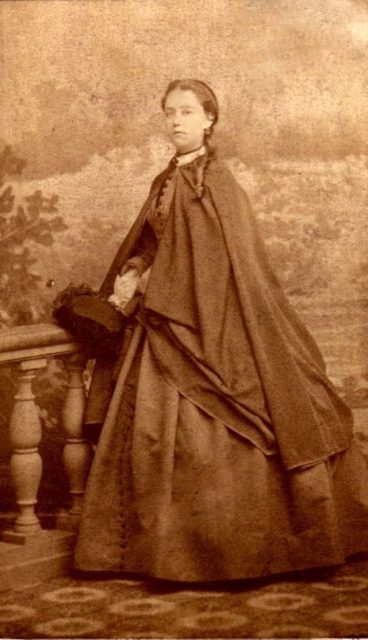 Girl in a dress and matching cape 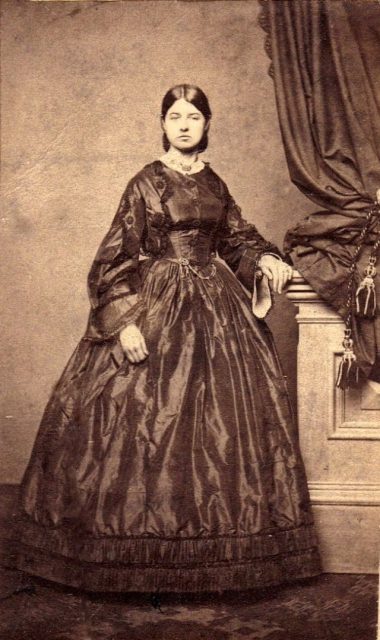 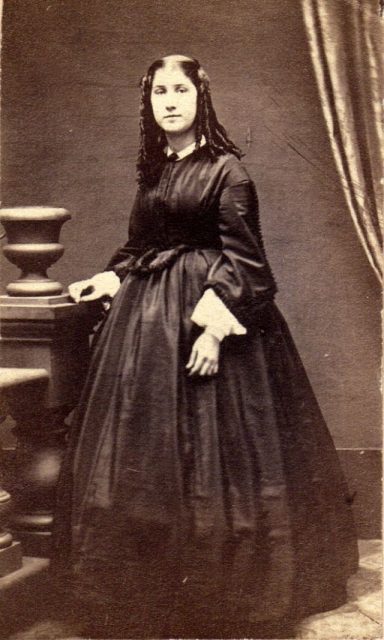 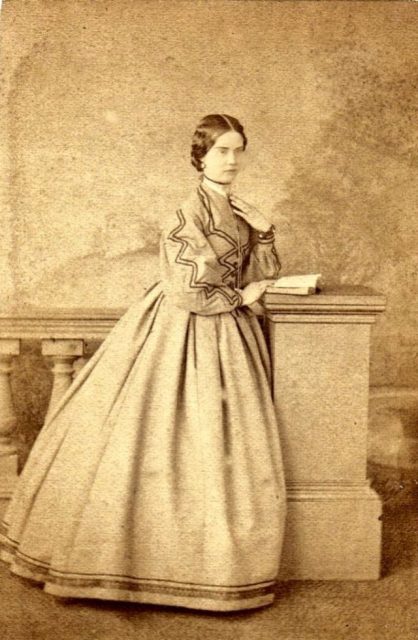 Girl in a beautiful dress reading a book 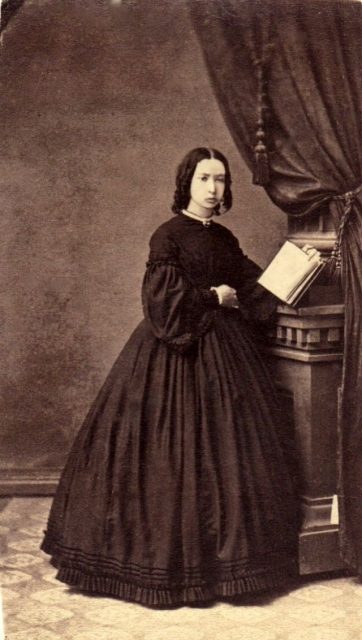 Girl with a book 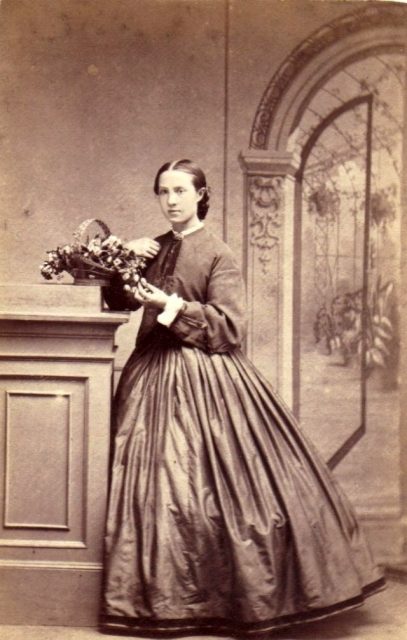 Girl in a victorian dress

As layered dresses became popular, so did buttons and brooches. Designers started experimenting with button styles, colors, and sizes, the buttons getting bigger as the 1860s progressed. Sleeve styling also became popular, including the “bishop sleeve,” which gathered at the wrist, the bell-shaped sleeve and the “Pamela sleeve,” which gathered and tied off at the wrist.

As the dresses and hairstyles became more ornamental, so did fancy trim such as lace and braiding. Women also wore narrow corsets, contrasting the illusion of a tiny waist with the large flaring dress beneath.

But most striking were the elaborate hairstyles of the 1860s, many of which are still used today, including woven patterns, rolls, and plaits. These elaborate hairstyles became so popular, even women who lacked the long and flowing hair to don them would use “false hair,” which came in ready-to-use ringlets, plaits, tufts, and pads. 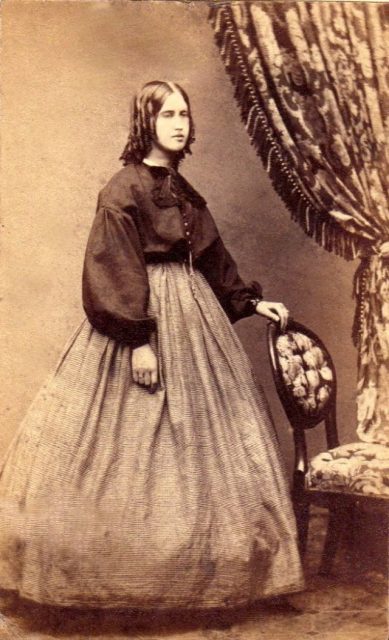 Girl posing next to a chair 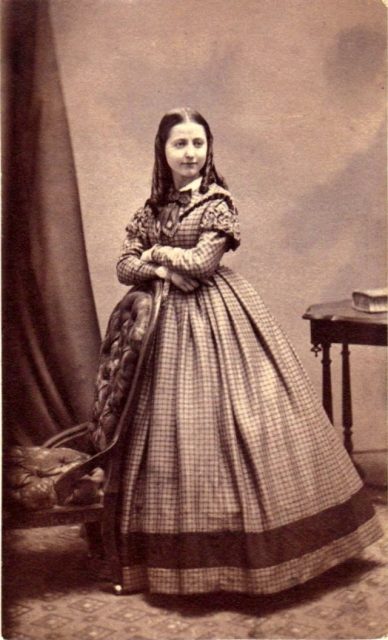 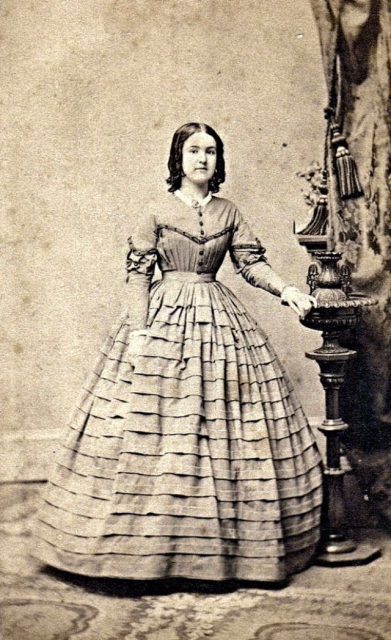 Photo of a girl in a elaborate dress 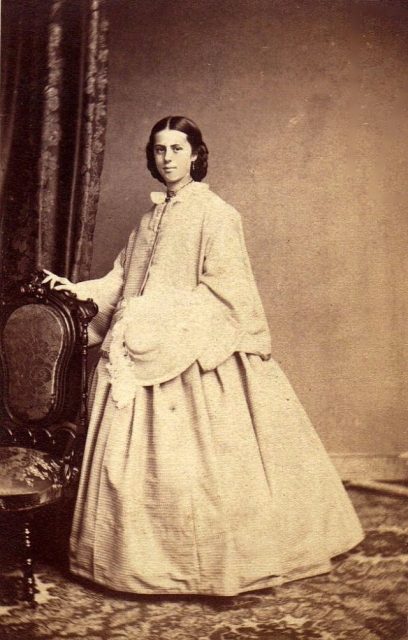 Girl in a white dress 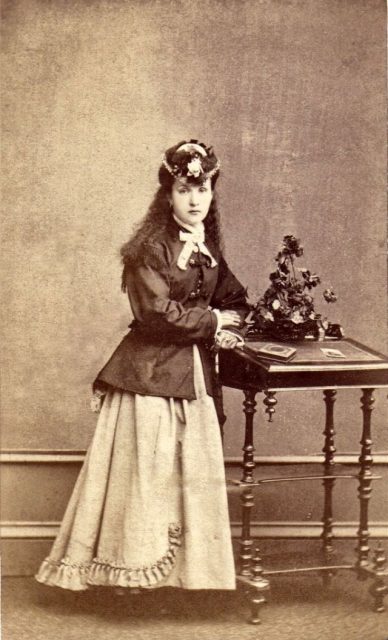 Victorian girl in a glamorous outfit 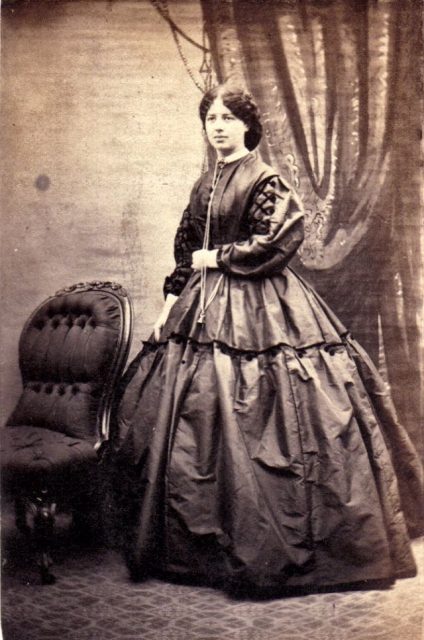 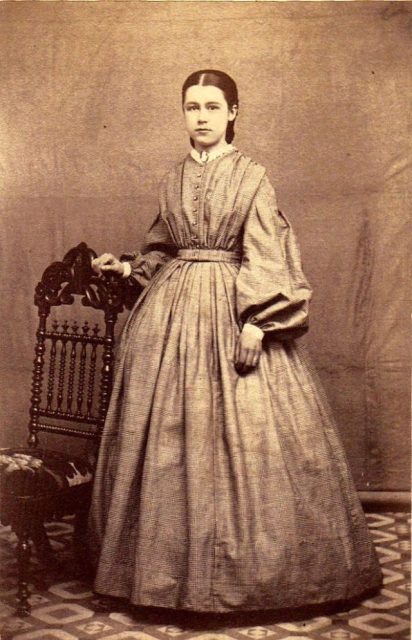 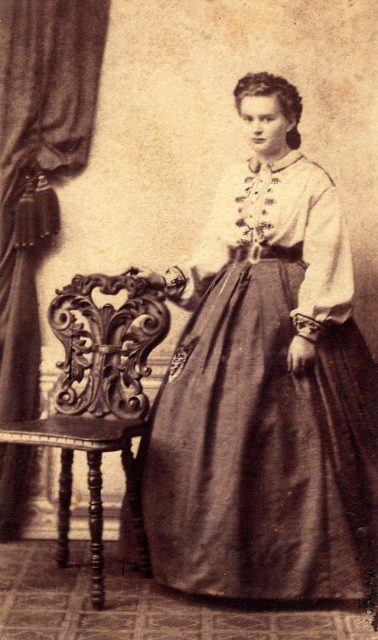 Teenage girl posing next to a chair 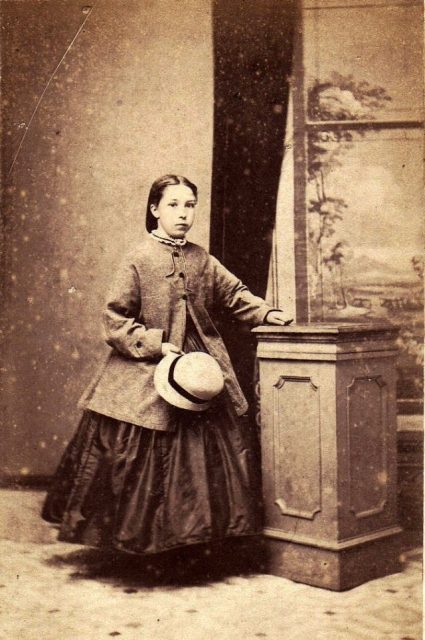 Young girl in a dress 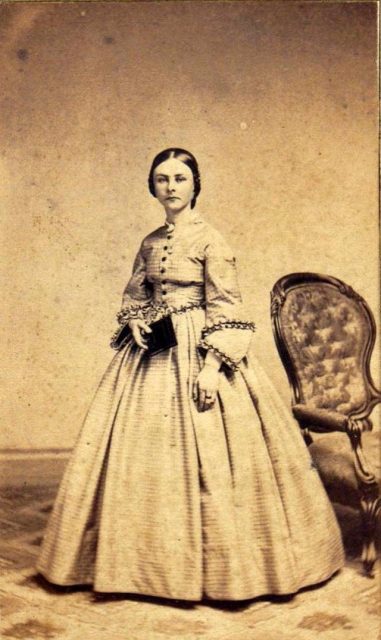 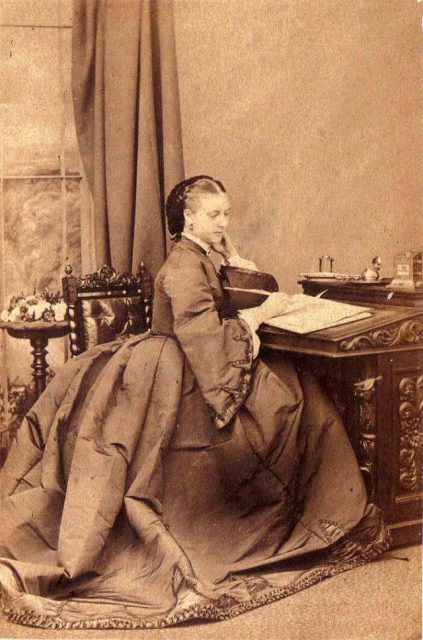 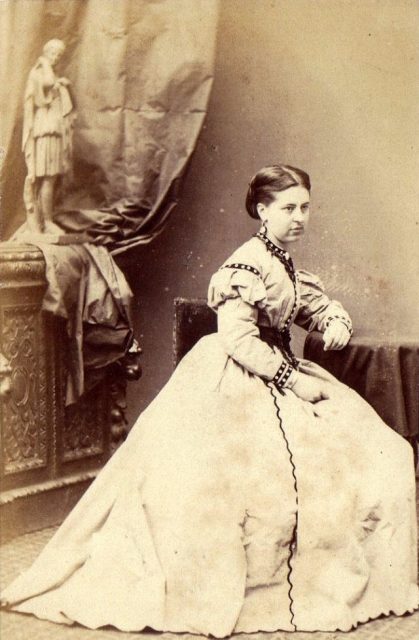 Portrait of a teenage Victorian girl in a dress

The hairstyles — or “coiffures” — were also adorned with ornaments including flowers, beads, ribbons, buttons, and lace. They were then bound up in nets, of leather, gold, and velvet.

Still, in spite of the elaborate fashions of the Victorian era, some women rebelled against what they considered a “male-dictated” fashion paradigm, opting instead  shirts and trousers – a trend which wouldn’t become a mainstream phenomenon for another 100 years.

« Stranger than fiction – Wacky facts From History
Was Wallis Simpson in Love with Another Man? »