The Wandering Ghost Ship whose Whereabouts Remain a Mystery

The SS Baychimo launched in 1914 under the name of Ångermanelfven. She was last seen in 1969 floating in the Arctic. For all we know, she still wanders the vast waters around the globe.

There is great interest in the fate of probably the most mysterious ghost ship but despite the efforts to solve the puzzle, she hasn’t been found. Even the Alaskan government expressed interest back in 2006 to find the ship and solve the mystery once and for all, but with no luck yet. 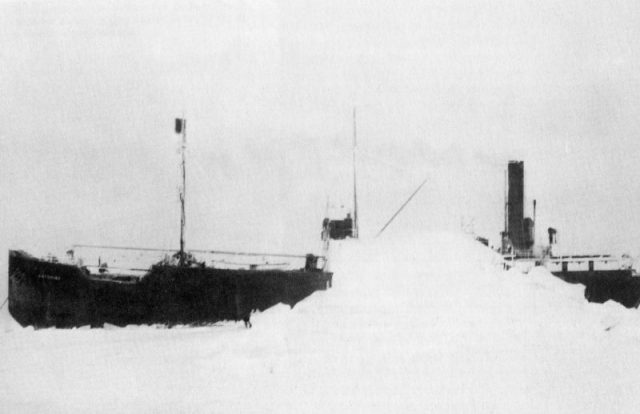 SS Ångermanelfven was a 230-foot-long, 1,322-ton, steel-hulled cargo steamer, built at the Lindholmens shipyard in Gothenburg, Sweden. Her job was transporting goods between Sweden and Hamburg, but after the end of the World War I, as part of Germany’s war reparations, she was passed over to the British.

By 1921, the ship was acquired by the Hudson’s Bay Company in Ardrossan, Scotland where she was renamed as Baychimo. Her new mission was collecting fur pelts and trading them for sugar, tea, tobacco, and weapons along the Canadian coast, during the summer seasons. 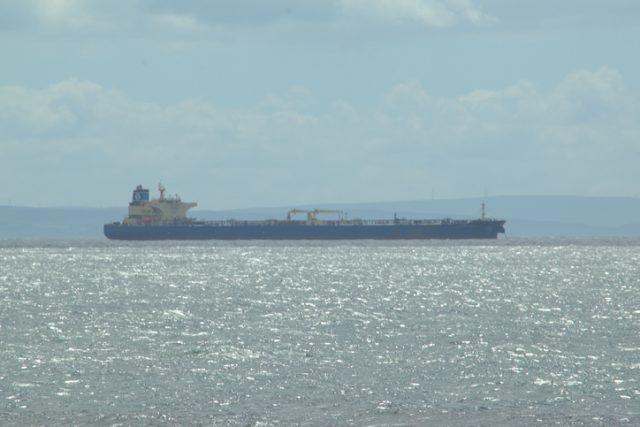 Ships passing in the Clyde estuary off Ardrossan.

For the next ten years, reaching a top speed of 12 miles per hour, SS Baychimo circumnavigated the globe, carrying supplies between Scotland and Canada. And then on October 1, 1931, while SS Baychimo was on her way to Vancouver, she got trapped in early season ice pack near Barrow, Alaska — the 11th northernmost community in the world.

The ship was at the end of a trade run and the crew needed to wait a few days for the ice to break, so they hiked for a half mile over the ice to the Alaskan town. Unfortunately, a week later SS Baychimo got trapped in the ice again, but this time more seriously. 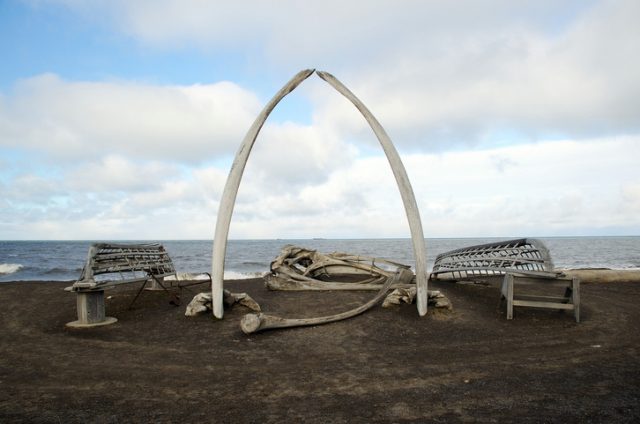 An arctic gateway of sorts to Barrow, Alaska made of Bowhead whale bones and whaling boat frames through which a view of the Chukchi Sea and passing Oil Tankers can be seen.

The Hudson’s Bay Company airlifted 22 of its employees while 14 very hardy sailors and their captain, despite the punishing weather, decided to stay and watch over the ship for the duration of the winter.

However, according to Arctic historian Kenn Harper, on November 24th the temperature rose from minus 60 to zero and for three days in a row a blizzard raged, preventing the crew from leaving their wooden shelter. 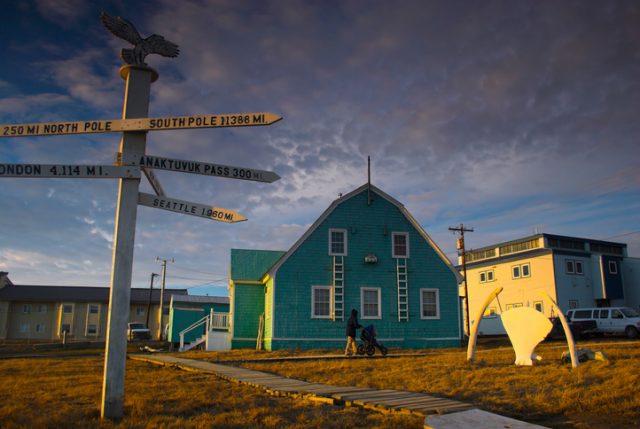 When they were finally able to get out, Baychimo wasn’t trapped in the ice anymore. She wasn’t even on the shore. The ship was simply gone. The crew presumed that their ship sank, but a few days later an Inuit seal hunter told them that he saw her floating some 45 miles away.

The crew excitedly sailed after their ship and tracked her down. But it was in such bad repair that the captain unloaded the cargo and everything valuable and decided that Baychimo was no longer seaworthy.

The abandoned ship remained in the Arctic waters, sailing alone, without a crew, for many decades. Her life as a ghost ship began and in the following 40 years, she was sighted 12 times. She was first seen several months later, 250 miles to the east.

In 1932 a trading party boarded her near Wainwright, Alaska, and in 1933 Eskimos sheltered in her during a storm that lasted for ten days. In 1939, Captain Hugh Polson made an unsuccessful attempt to salvage her from the ice.

Read another story from us: Huge Ghost Ship Appears Out of Nowhere in Southeast Asia

The last recorded sighting of Baychimo was in 1969 when a sailing party encountered her between Point Barrow and Icy Cape in the Chukchi Sea. Nobody has seen the ship since, and while some presume she sank or was destroyed in storms, no wreckage has been found.