The Spooky Unsolved Mystery of the Flannan Lighthouse Disappearances

Lighthouses are usually extremely secluded places which dictate a solitary way of life, not suitable for everyone.

Naturally, this isn’t always a safe work environment, as emergency services are often not able to provide a quick response in case of an accident.

So when three men working in a lighthouse on the Flannan Isles in the Outer Hebrides, off the west coast of Scotland, suddenly disappeared, wild theories arose fueled by a lack of evidence.

This was at the very dawn of the 20th century, and it sparked one of the most unsettling mysteries at the time. 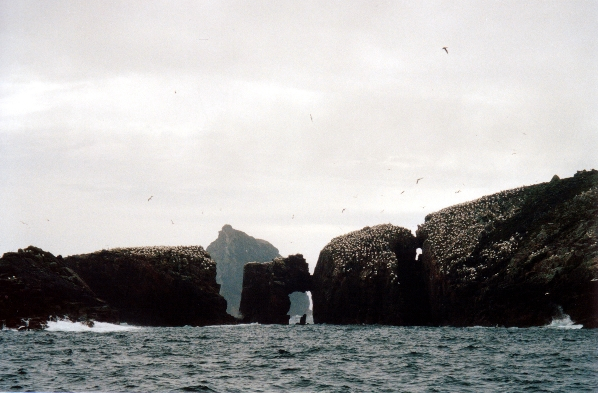 The westernmost of the Flannan Isles: Eilean a’ Ghobha and Roareim with Brona Cleit in the distance. Photo Marc Calhoun CC BY-SA 2.0.

The lighthouse in which the disappearances took place was built in 1899 on one of the isles called Eilean Mòr.

The structure was 75 feet tall and the complex included a rail and a small docking yard intended for supplies.

Apart from the lighthouse which included three workers ― two regular and one occasional who rotated from the mainland ― the island of Eilean Mòr was uninhabited. 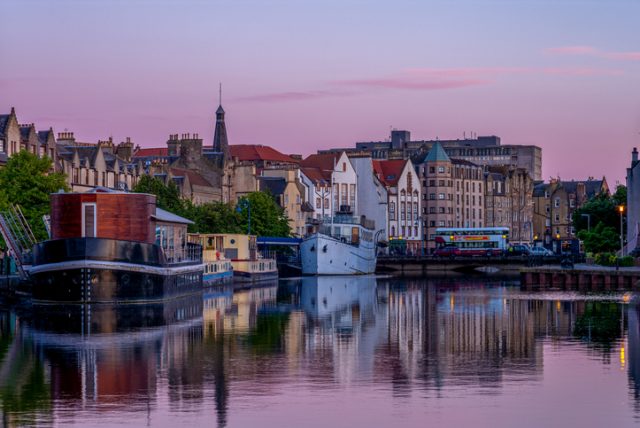 The lighthouse served as an important link for guiding trans-Atlantic ships towards the harbor in Leith, Scotland.

However, on December 15, 1900, something odd happened. As the steamer Archtor, which was on its way from Philadelphia, passed by the Flannan Isles Lighthouse, it noted that its light was not operational.

It wasn’t until the ship docked in Leith three days later that this irregularity was noted. Due to horrible weather, the relief boat, stationed on a nearby island of Lewis, had to postpone its visit until December 26th, when it was finally concluded that the lighthouse had been unmanned for days. 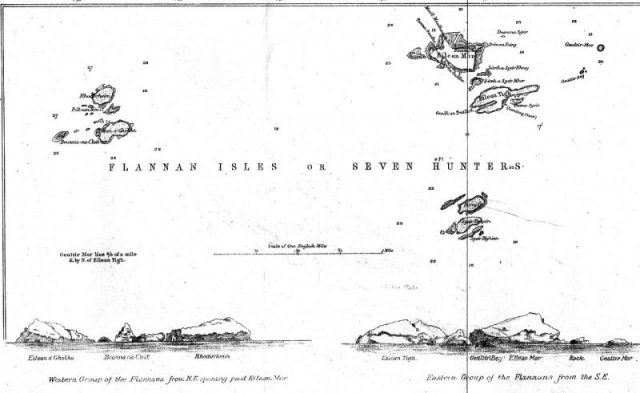 The Flannan or Seven Hunters Isles.

The lighthouse crew at the time consisted of three men ― Thomas Marshall and James Ducat, who were the regulars and Donald MacArthur, an occasional who was doing his shift, while the fourth man was on leave, spending time on shore.

When Captain Jim Harvie of the relief boat Hesperus arrived, the men were nowhere to be found — and a number of other irregularities were spotted on the island.

Instead of waiting for the Hesperus on the dock as it was the procedure, none of the lightkeepers appeared. Also, none of the provision boxes needed for the supplies were present at the landing site, and the flagstaff appeared to be missing a signal flag, indicating that no effort was made by the keepers to welcome the relief boat carrying supplies. 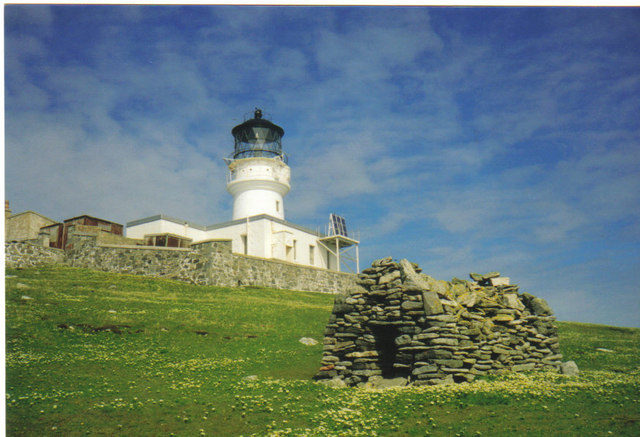 St. Flannan’s Cell and Flannan Isles Lighthouse. Here is the source of one of the world’s great mysteries for at the turn of the century three lightkeepers disappeared without trace. Photo JJM
CC BY-SA 2.0

At that point, it became clear to the crew of Hesperus that something was extremely off. The crew quickly examined the lighthouse noting several details: both the entrance gate and the gate leading to the compound were shut.

In addition to this, the Hesperus crewmen found all beds unmade, indicating that something must have interrupted them in the middle of the night, and the mechanical clocks had stopped, indicating that the incident happened some while ago.

They also found one unused set of oilskins ― a type of waterproof garment ― usually worn by the keepers whenever going outside during bad weather.

After conducting this ad hoc investigation, the captain of the Hesperus sent a telegram to the Northern Lighthouse Board during that same day, stating: 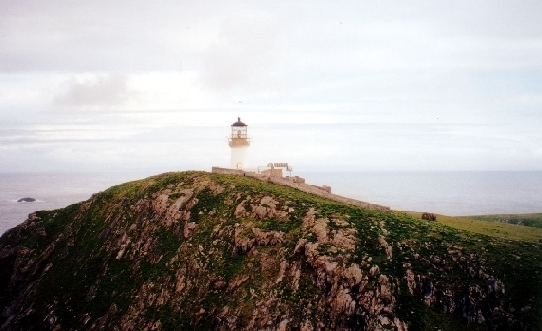 “A dreadful accident has happened at the Flannans. The three keepers, Ducat, Marshall, and the Occasional have disappeared from the Island… The clocks were stopped and other signs indicated that the accident must have happened about a week ago. Poor fellows, they must have been blown over the cliffs or drowned trying to secure a crane.”

Days passed and the men were nowhere to be found. In the meantime, it was concluded that the western part of the island had been severely hit by the storms, as the landing site in the west seemed to have suffered heavy damage from wind and waves. 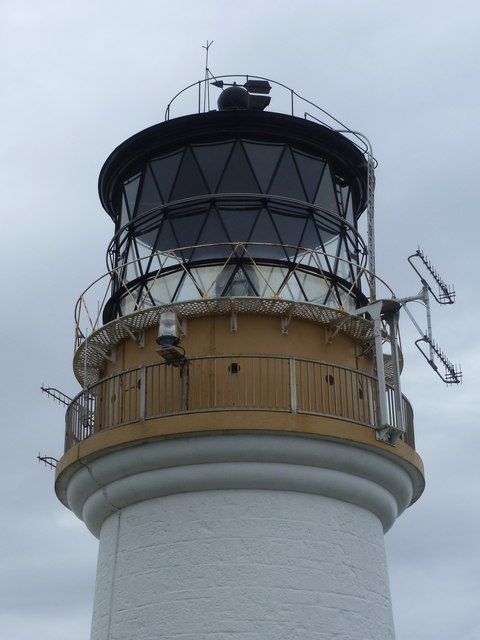 Flannan Isles – close-up of the lighthouse. Photo by geograph CC BY 2.0

On December 29, 1900, the Northern Lighthouse Board sent a superintendent to conduct an official investigation. Headed by Robert Muirhead, the investigation concluded that the found oilskins set was intended for Donald MacArthur, referred to as the “Occasional.” Analyzing the keeper’s log in which the last entry was made on December 15th, Muirhead realized that the damage made on the western landing happened prior to the disappearance of the three men.

His reconstruction of the events suggested that Ducat and Marshall went to repair the landing site around dinner time on December 15th, while MacArthur stayed at the lighthouse, as the protocol demanded one person to always be present at the post. 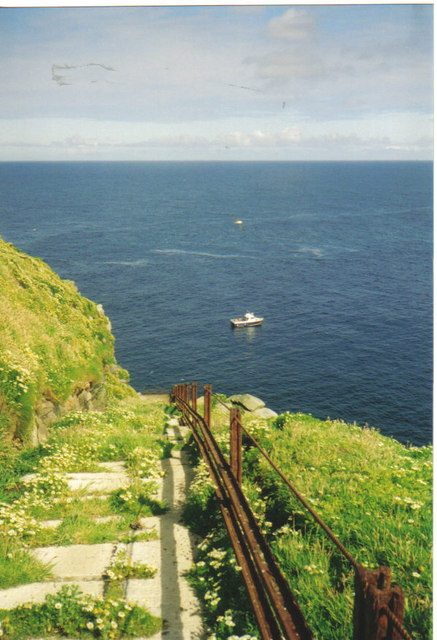 Something made MacArthur leave the lighthouse unmanned, without taking his waterproof garment. This was the point at which the three men went permanently missing.

Muirhead’s explanation also suggested that the three men fell victim to a high wave which most probably swept them onto the sharp rocks.

Even though the bodies were likely forever lost in the depths of the Atlantic Ocean, the disappearance of the lighthouse keepers sparked nationwide speculation. Many offered various theories in newspapers, grooming ideas of paranormal activity, ghost stories, pirate kidnappings, and spying affairs, all providing no evidence whatsoever to back their claims. 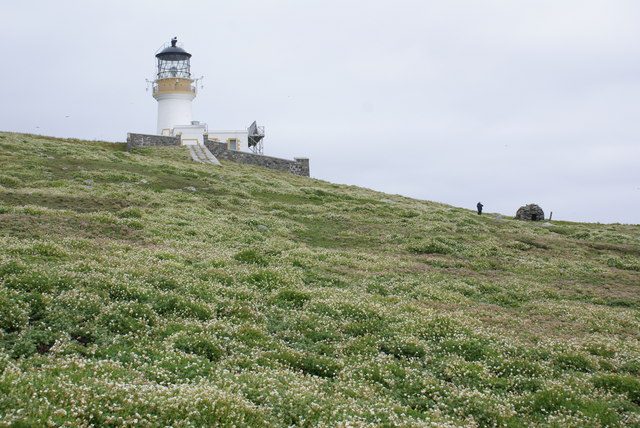 The mystery became even more popular after it was immortalized in a 1912 ballad by Wilfrid Wilson Gibson, a poet who emphasizes that the men were the victims of some sort of foul play.

The ballad spawned another series of wild speculations which clung onto the missing lightkeepers through decades to come. Quickly, an analogy was drawn between the missing lighthouse keepers and the disappearance of passengers and crew of the American merchant brigantine Mary Celeste, which happened some 28 years before, when the ship was discovered adrift in a seaworthy condition in the middle of the ocean, with no one aboard.

Due to the widespread rumors about the mystery it became difficult for the Northern Lighthouse Board to employ new keepers, as a dark shadow loomed over the Flannan Isles tower. 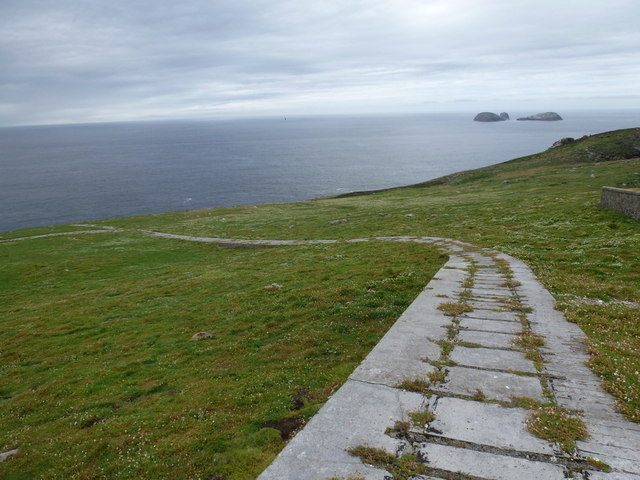 The remains of the Flannan lighthouse railway as of 2012. This view is looking approximately west-south-west from the lighthouse. The site of “Clapham Junction” is just visible at left centre. Photo by Chris Downer CC BY-SA 2.0

Many attempts have been made since then to cast a light on the disappearance of the three men, like the recent book by an acknowledged naturalist John Love, titled A Natural History of Lighthouses.

In the book, the author tackles all possible notion of macabre activity and confirms that the men must have fallen victim to a rogue wave.

“There is no need to invoke the sinister or the paranormal, it was purely a tragic act of nature the men got swept away by abnormally rough seas,” said Love in a 2015 interview for the Sunday Post, adding that MacArthur must have been concerned about his companions who became absent for too long.

Since it was forbidden to leave the lighthouse unattended, he most probably just got out to take a look, without his oilskins, only to be swept away by a wave himself.

Read another story from us:Built in the wrong place, this Australian lighthouse caused more than 20 shipwrecks

Love also noted that the keepers weren’t familiar with the winter storm conditions around the island, as the lighthouse was built just one year before the incident took place.

Whatever the case, the disappearance of the three lighthouse keepers left a permanent mark on Edwardian Britain by enclosing many of the popular romantic tropes, like the secluded lighthouse, a mysterious disappearance and raging natural elements.