The Romans used Urine for Mouthwash

We have a lot to thank the Romans for, they invented roads, sewage systems, aqueducts and the postal system. Across their empire, they introduced public libraries and modern style book binding. The Romans implemented the twelve-month calendar and the BC/AD yearly counting system.

They made advances in surgical tools and medicine such as the caesarean section. They made breakthroughs in town planning, architecture and law that are still used today. 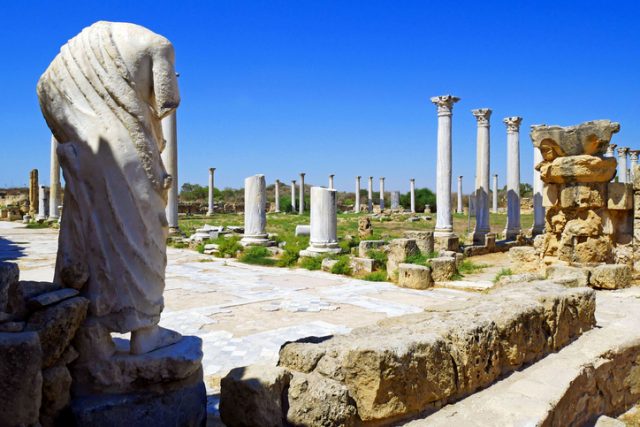 Romans ruins of the city of Salamis, near Famagusta, Northern Cyprus.

On a day to day basis, the Romans were a lot like us; they liked to have clean teeth, clean clothes and clean houses.

Dental hygiene was a difficult task in ancient Rome, and nothing got their pearly whites as white as a little bit of urine.

Fortunately for us, scientists have found a way to get our teeth sparkly clean without us needing to resort to the Roman method. 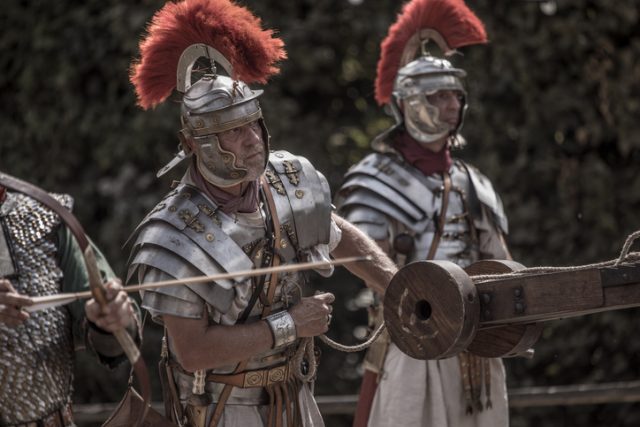 We know that both human and animal urine were used as mouthwash by Romans throughout the empire because there is written evidence from the time telling us so.

One Roman poet by the name Catullus is known for having written a rather pithy insult to a man we know only as Egnatius “there’s nothing more foolish than foolishly smiling.

Now you’re Spanish – in the country of Spain what each man pisses, he’s used to brushing his teeth and red gums with, every morning, so the fact that your teeth are so polished just shows you’re more full of piss.” 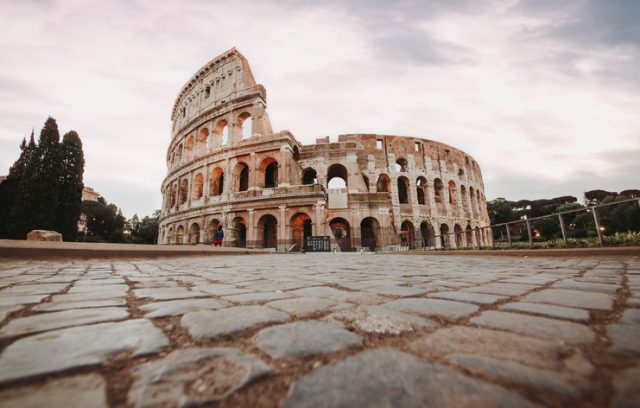 The active ingredient in urine is a substance called ammonia which is secreted from the body in the form of urea.

Ammonia is used today in everything from household cleaners to liquid fertilizer. It’s the compound that not only gets stubborn dirt out of ovens and bathtubs but will also make your crystal set twinkle.

The Romans had many uses for urine outside of dental hygiene, and it was such a precious commodity that public chamber pots were commonplace. 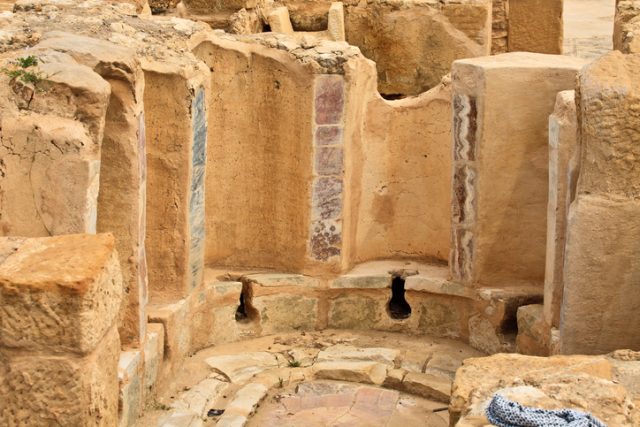 “Tunisia: Remains of Public Toilets at Carthage, near the Colosseum.More photos of Tunisia and its heritage are in”

Some industries needed the urine to be unadulterated, but there were other industries such as agriculture and hide-tanning where a mixture of urine and feces was used, it was such a thriving business that there were tradesmen who dealt in the collection and reselling of human waste who had to pay taxes for the privilege.

Stale urine was especially useful for the laundry trade. There were large-scale public laundries called fullonica where the collected urine was fed into vats of dirty clothes, then one or multiple workers would stomp on the mixture to make sure those pesky stains were removed. 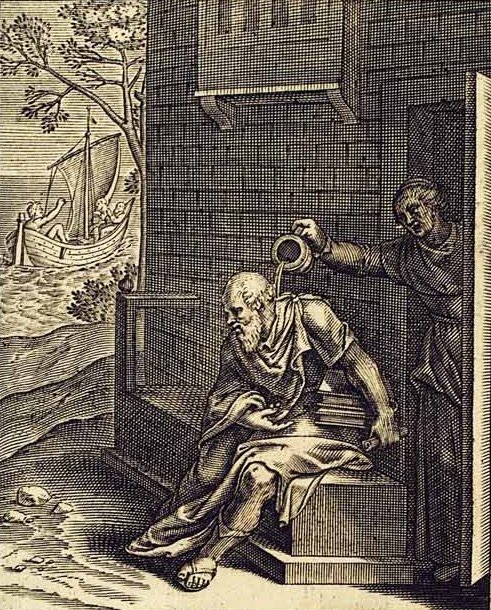 Urine is such an effective stain remover that, as the Smithsonian reports, ‘even after making soap became more prevalent, urine–known as chamber lye for the chamber pots it was collected in–was often used as a soaking treatment for tough stains.’

The Romans also used urine for all types of medicinal complaints. According to Pliny the Elder, fresh urine can be used for the treatment of “sores, burns, infections of the anus, chaps and scorpion stings” and stale urine is especially useful for diaper rash.

These remedies are not so outlandish considering the sterile properties of urine and even less so when one considers that, a#s the Guardian reports, ‘Roman woman were also known to beautify their cheeks with human excrement.’

Read another story from us: Ancient Romans Used the Word “Abracadabra” to Cure Malaria

Urine continued to be a sought after commodity for centuries where it was used on a large scale by both the textile industry for clothes dying and the arms industry to produce gunpowder. It was only after Fredrich Wöhler (the father of organic chemistry) artificially synthesised urea in 1828 that urine, as a useful waste product, became obsolete.