In Ancient Egypt, sphinxes come in all shapes and sizes. And the exciting discovery in September 2018 of a new sphinx statue proves it. Believed to be some 2,000 years old, it is just 15 inches high with the body of a lion and the head of a human, wearing a snake crown and headdress.

The statue was found by accident in the Pharaonic temple of Kom Ombo, near Aswan, as researchers were draining groundwater from the site, Mostafa Waziri of the Egyptian Ministry of Antiquities announced via Facebook. 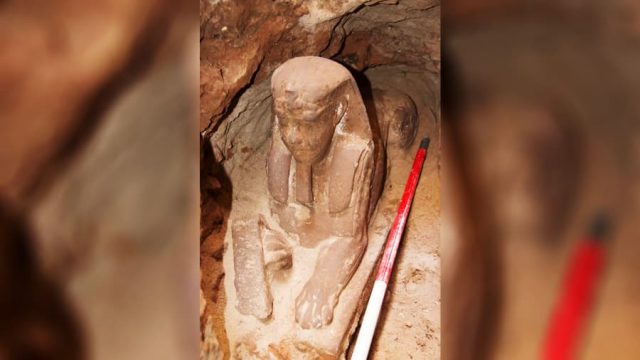 Photo by Egypt Ministry of Antiquities

The miniature sandstone sphinx has been hidden for centuries. Kom Ombo, which sits on the bank of the Nile in southern Egypt, was constructed between 305 B.C. and 30 B.C., during the Ptolemaic period. The temple where the sphinx was found is part of a rare dual design. 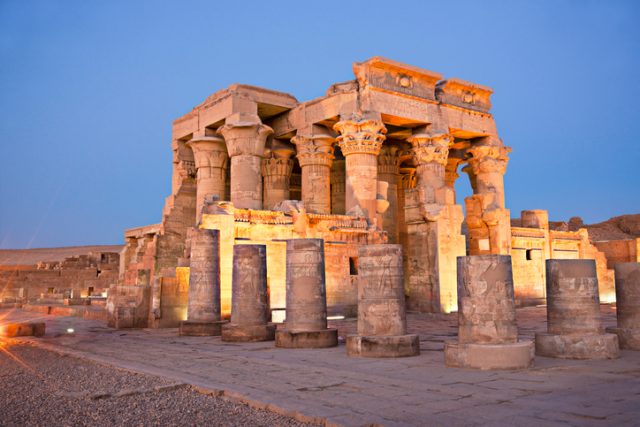 Discovering Egypt wrote: “The temple is unique because it is in fact a double temple, dedicated to Sobek the crocodile god, and Horus the falcon-headed god. The layout combines two temples in one with each side having its own gateways and chapels.” 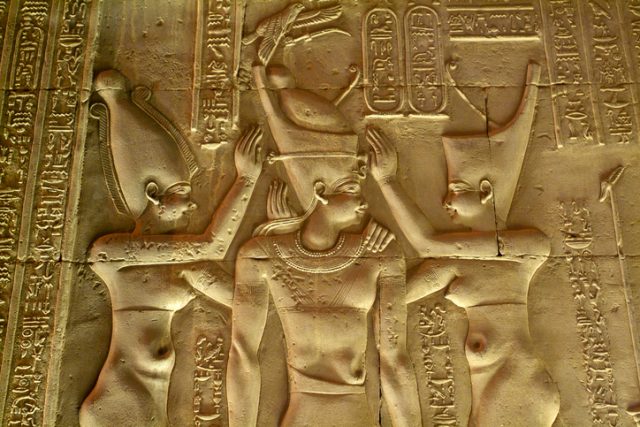 Sobek’s chief sanctuary was at Kom Ombo, where there were once a great number of crocodiles. “Until recent times the Egyptian Nile was infested with these ferocious animals, who would lay on the riverbank and devour animals and humans alike,” according to Discovering Egypt. “So it is not surprising that the local inhabitants went in fear.”

Some ancient Egyptian sects believed that Sobek was the creator of the world–that it rose from “Dark Water” and built order in the universe. Sobek brought fertility to the land. However, he was an unpredictable deity, too, that could ally himself with Chaos. 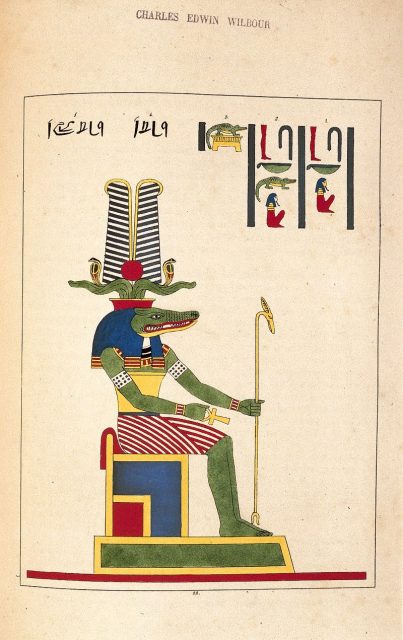 Some 300 crocodile mummies that have been discovered near this temple are displayed in an adjacent Crocodile Museum.

The purpose of this particular sphinx is not known, but it could have served an important function. In ancient Egypt, sphinxes were associated with the pharaohs, and were seen as tomb guardians. 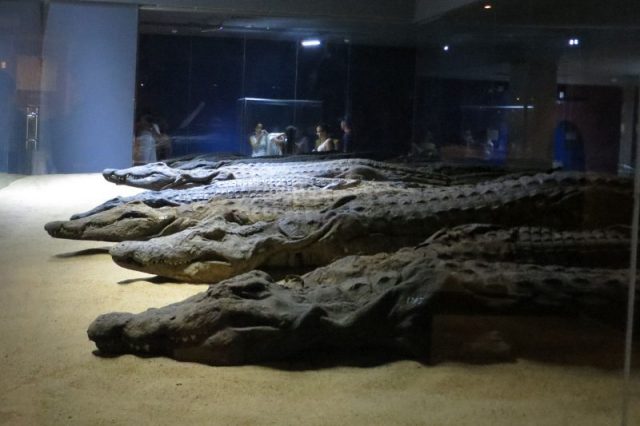 “This newly discovered sphinx is remarkably unweathered, showing a lifelike face with a piercing gaze,” according to Science Alert. It is possible that the sphinx was modeled after a real person of the time.

The sphinx of the temple is the latest noteworthy find in Egypt. The Great Sphinx by the pyramids of Giza is the largest and most famous one, of course. But another sphinx was recently discovered during roadwork in the city of Luxor, which is 112 miles north of Aswan. 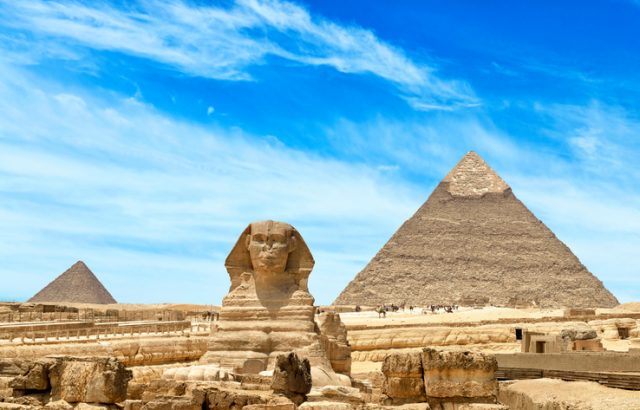 Authorities said that the large statue, which has not been removed from the ground, was most likely carved for someone of the highest status. It could be more than 4,000 years old.

A discovery of another type was made in Alexandria last year. A huge black sarcophagus was found in an underground tomb in the city. The coffin was made of black granite and sealed with mortar. It measures 72.8 inches by 104.3 inches by 65 inches. 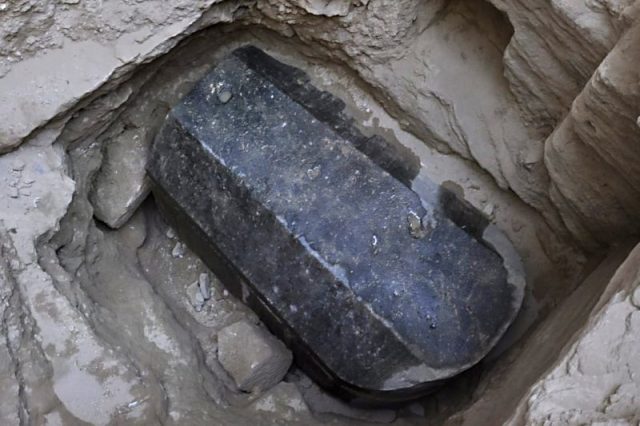 This picture released on July 1, 2018, by the Egyptian Ministry of Antiquities shows an ancient tomb dating back to the Ptolemaic period found in the Sidi Gaber district of Alexandria. – The tomb, which dimensions are a height of 185 cm, length 265 cm and width of 165 cm, contains a black granite sarcophagus considered to be the largest to be discovered in Alexandria (Photo credit -/AFP/Getty Images)

The tomb had not been opened for 2,000 years and worldwide media reported the suspense over the opening of the ancient coffin, even provoking speculation that it contained the remains of Alexander the Great.

However, when the lid was pried open, researchers found the remains of three mummies in a pool of leaked sewage water. The smell was so overpowering some of the workers became sick. One archaeologist at the site, Shaban Abdul, said that the remains probably belonged to three military officers.

Read another story from us:Ancient Incas could Pay Taxes with a Bucket of Head Lice

“One of the mummies had a trace of an arrow in the head,” Abdul said in a later interview with CNN. “It proves he died in a conflict. Maybe that explains three mummies in one big sarcophagus.”

Other experts said it was unusual for a mummy or mummies to be buried without belongings. The only other item discovered at the site was an alabaster bust, its features destroyed.