A recent archaeological discovery in Turkey promises to shed more light on reconstructing one of the most pivotal events in the history of Christianity as an organized religion ― the Council of Nicaea.

Before the division of the Church in 1054, and certainly, before Martin Luther, one summit laid the foundation of Christianity and helped unify the teachings of Christ into a coherent system, capable of serving as the official religion of the Roman Empire.

It was held in 325 AD, in a city which at the time was an established cultural and trade center of the ancient world ― Nicaea. 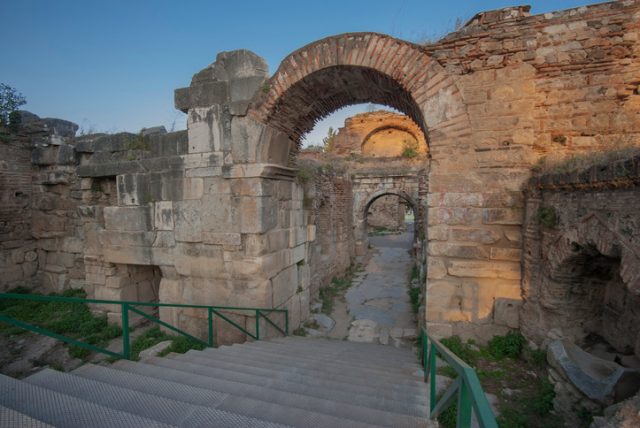 The Council of Nicaea was convened by the emperor Constantine, who summoned the most important bishops across the Empire to take part in a theological debate which would once and for all settle the question of the nature of the Trinity and the relationship between Jesus the Son and God the Father.

During that time, there were two currents within the relatively young Christian Church, which was by that time a respected institution in the Roman Empire, gaining new followers and growing its influence every day. 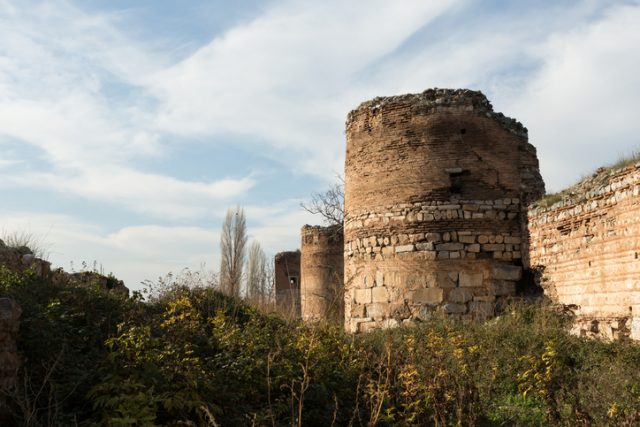 The debate which was to be settled referred to the teachings of Arius, a priest and scholar from Alexandria, who disagreed with the bishop Athanasius of Alexandria.

The debate centered around an issue of whether or not was Jesus of the same substance as the Father ― in Greek homoousios ― or was he of a slightly different substance, which was Arius’ idea encircled by the term homoiousios. 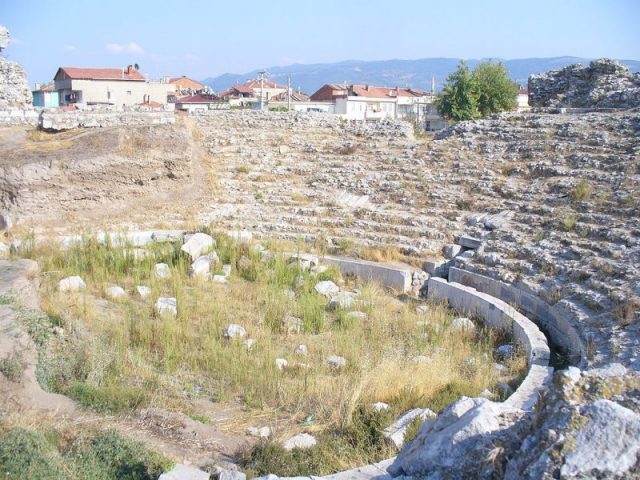 The Nicean theatre, restored by Pliny the Younger. Photo by QuartierLatin1968 -CC BY-SA 3.0

No, you are not mistaken, there is only a single “I,” or iota in Greek, separating these two terms, and yes, this indeed was the reason for organizing such a large scale council including 318 delegates hailing from all four corners of the Roman Empire.

From this debate, in which Arius was defeated, came the expression which remains in use to this day ― “an iota of difference” or “a jot of difference.”

Smeared and defeated, Arius and his followers very soon fell into obscurity and Christ became the “true God from true God, begotten, not made, of one being (homoousios) with the Father. Through him, all things were made.” It is from this Council that the Nicene Creed was formed, creating the basis for Christianity’s Trinity dogma. 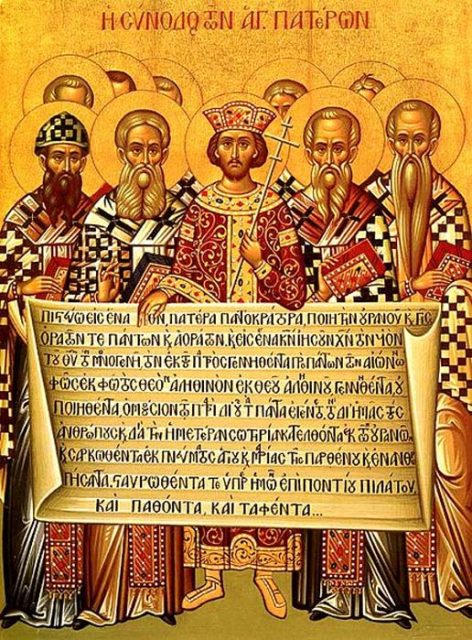 Emperor Constantine, accompanied by the bishops of the First Council of Nicaea (325), holding the Niceno–Constantinopolitan Creed.

So, that was the brief history of the Council of Nicaea and its participants. However, given the importance of the summit and the knowledge provided by ancient historians, archaeologists have been scoping the area where Nicaea once stood for decades, in search for further proof and details regarding the council.

Related Video: 6 World Famous Landmarks Hiding Something from the Public

This important archaeological site is today known as the modern Turkish town of Iznik and it is sitting next to a huge lake of the same name, in the western tip of Turkey, some 56 miles (90 km) from Istanbul. 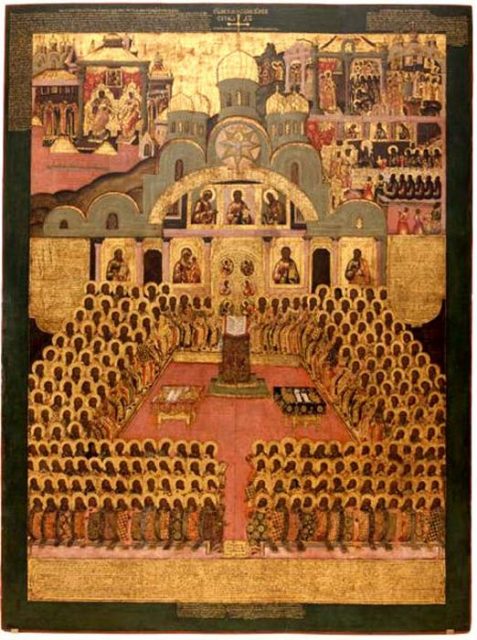 Since 2006, Dr. Mustafa Şahin has been probing the ground around Iznik, looking for artifacts belonging to the rich history of the city. Little did he know that in 2014, he would hit his biggest discovery yet.

It appears as though the head of the archaeology department at Bursa Uludağ University had been searching in the wrong place ― on the ground ― while he should’ve asked the lake for answers instead.

When local surveyors showed him aerial images of what seemed to be a man-made building foundation in the middle of the Iznik lake, Şahin couldn’t believe his eyes.

He described his excitement in an interview for Live Science, he had given on September 5th, 2018:

“When I first saw the images of the lake, I was quite surprised to see a church structure that clearly. I was doing field surveys in Iznik [since 2006], and I hadn’t discovered such a magnificent structure like that.”

The excavation of the structure led to evidence that it was the St. Neophytos of Nicaea basilica, which collapsed in 740 AD after a devastating earthquake. Presumably built in 390 AD, in the form in which it was discovered, Dr. Şahin has reasons to believe that the spot had been a site for ritual gathering way before Christianity became the official religion of Rome. 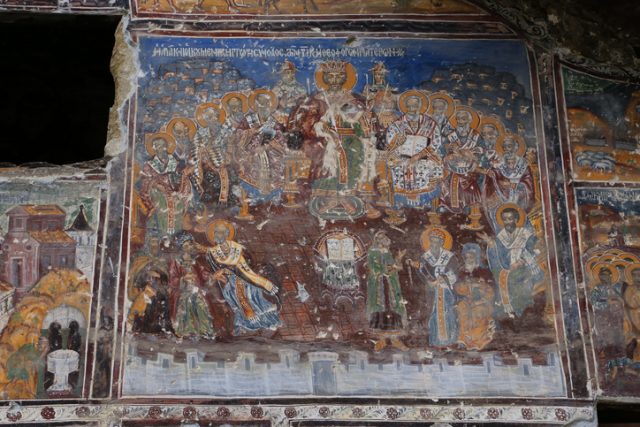 Painting of “The Council of Nicea” in Sumela monastery, Macka, Trabzon, Turkey.

According to the Turkish archaeologist the basilica may have been built on top of a pagan temple dedicated to the sun-god, Apollo. This comes as no surprise as the Greek and Roman deity was in the early stages of Christianity associated with the growing image of Jesus.

Roman records from the period of emperor Commodus’ rule indicate that a temple dedicated to Apollo was built outside the city fortifications, sometimes in the period between 180 to 192 AD.

Initially, the basilica was barely visible from the air. The excavation process, supervised by Mustafa Şahin, soon revealed the entire structure. However, this was no easy task ―the lake is rich with algae, which significantly reduces visibility under water, and the archaeologists had to use special vacuum equipment to extract soil from the submerged basilica to the shore, where it was then closely searched for artifacts.

On the other hand, the excavations quickly bore fruit ― early Roman coins and fragments of an ancient lamp were discovered, together with several graves still holding human remains.

Due to its size and historical importance, the question soon arose among scholars and curious journalists alike ― was this the site where the Council of Nicaea actually took place?

Archaeologists have agreed that this might be possible as this was probably the main temple in Nicaea at the time the council took place.

Further research will surely try to answer that question, but in the meantime, the remains of the basilica have sparked interest among the town’s officials as well.

As the basilica remains submerged three meters underwater, talks are already being made for creating the first-ever underwater archaeology museum in Turkey, which would be open for business sometime in 2019. The complex would include a tower which would provide the viewing of the basilica and diving courses as well as professional guides, leading the tours.

« The Disastrous Attempt to Reach the North Pole by Balloon
The Costly Wars Between the U.S. and Florida’s Seminole Tribe »