How Pirates Met Their Final Justice

Although London had many execution spots, the Execution Dock beside the shoreline of the river Thames at Wapping served exclusively for hanging pirates. It was used for over 400 years, with the last execution occurring in 1830.

There were many gallows lining the river bank, located below the high-water mark, with a number of rotting corpses hung on them and bound in iron cages. Despite the horrid creaking noise they made, the gallows remained there for centuries.

The Execution Dock is long gone, but to this day, there are still a few gallows that are regularly maintained by the Prospect of Whitby public house. 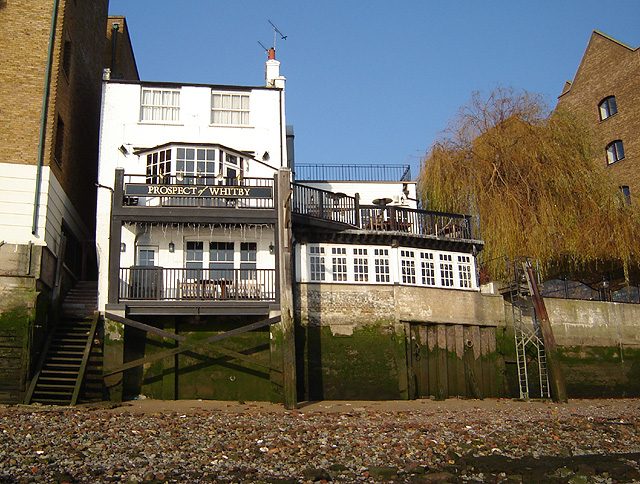 The Prospect of Whitby from the Thames foreshore, 2006. Photo by Tarquin Binary CC BY-SA 2.5

At the time when Britain was expanding as an empire, the commercial ambitions of the British Crown resulted in the necessity of setting up colonies in places across the oceans. The colonies were essential for the British economy as they provided raw materials and served as markets for British manufactured goods.

However, the Spanish and French had the same interests as the British, therefore secure trade routes were essential for the success of each country’s economy. So, they hired privateers — essentially government sponsored pirates — to deal with any foreign vessels they encountered on the high seas. 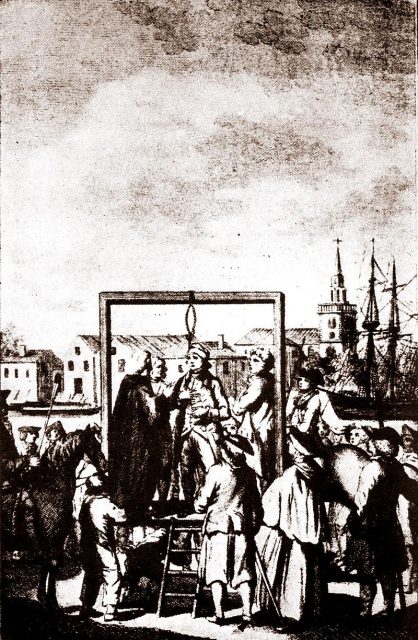 While privateering was highly supported by Britain during the reign of Queen Elizabeth, her successors abolished it. Hence many privateers who remained officially jobless continued doing the same job, only this time it was ruled as a crime.

And no surprise, this time they didn’t care about the nationality of the ship, but about the riches it brought. Piracy became a threat to maritime trade and the British saw it as a grievous crime for which the only fitting punishment was death by hanging. 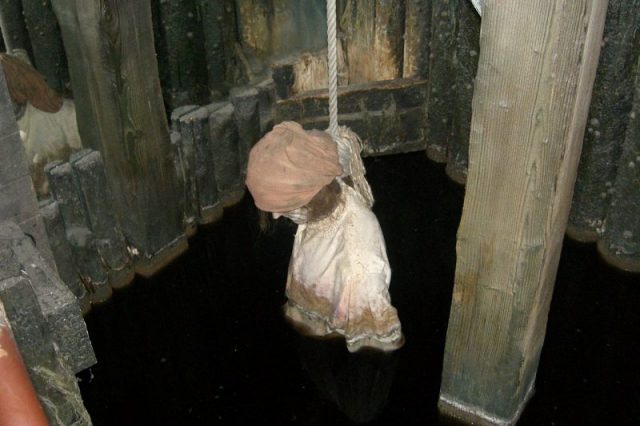 Besides piracy, maritime crimes included smuggling and mutiny, and the convicts awaited for their fatal punishment in one of the two prisons – Marshalsea Prison and Newgate Prison. Their execution was public and took place at the Execution Dock.

On their way from the prisons to the dock, the convicted pirates were given their last quart of ale at one pub – The Turks Head Inn, now a café. This might sound like a treat of mercy on their final journey, but it is possible that it was a trick to persuade them to confess to their crimes to their accompanying chaplain. 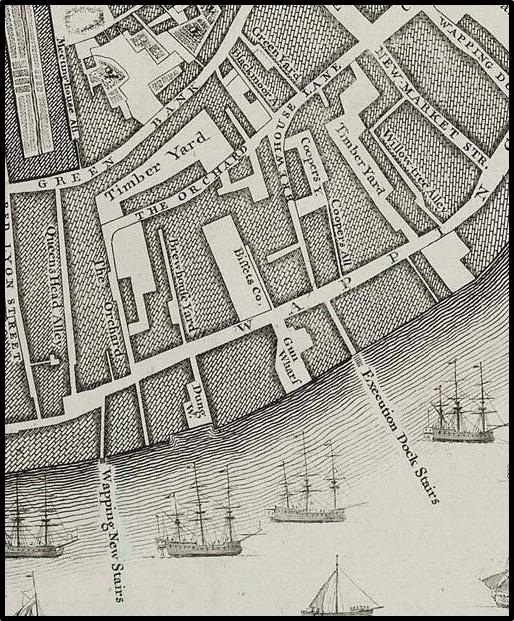 Pirates almost never admitted their crimes, but the British Admiralty oversaw almost everything that happened to their ships in the waters at home and abroad. Criminals were brought to London and tried by the High Court of the Admiralty in accordance with the Articles of War that controlled the behavior of naval sailors.

Even in death, there was no mercy to the pirates. In order to make their death as painful as possible, the hanging was done by using a shortened rope. It means that it was not long enough to break the neck in the “drop,” and criminals were left hanging to die from suffocation. 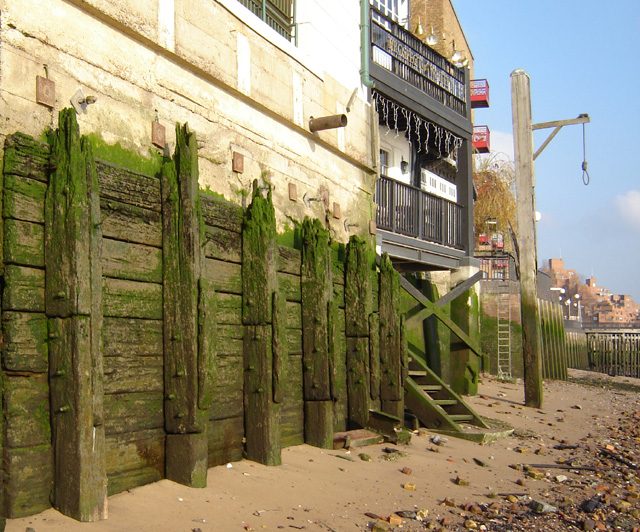 While suffocating, their limbs would spasm for which the spectators called this hanging the “Marshall’s Dance.”

At the executions, the High Court Marshal or his deputy would be present. They carried a silver oar, a representation of the Admiralty’s authority. The hangings were also followed by the pirates’ families who would come and stand near the river banks or on a boat in the river.

There are numerous accounts of hanging pirates convicted of crimes at sea in The Gentleman’s Magazine. For example, on February 4, 1796, it was written that three sailors, Colley, Cole, and Blanche, were convicted of the murder of Captain Little.

One of the most famous hangings at the Execution Dock was of Captain Kidd, a heinous pirate who was convicted of piracy and murder. The last execution took place in 1830 when the sailors William Watts and George Davis were hanged for the murder of a ship captain.

Read another story from us:Julius Caesar was Kidnapped by Pirates then Demanded he be Treated as their Leader

The public execution and the unforgiving British law against piracy served as an example and a threat to anyone who sought to enrich themselves by stealing the goods of the Kingdom. Disturbing the British economy was beyond unforgivable.

« The Egyptian Mummy Wrapped in a Manuscript from Ancient Italy
The Mystery of the “Lost” Pyramid – Funerary Complex or Solar Temple? »