Like most cultural revolutions, the phenomena of the “strongwoman” started nearly 100 years before it became popular. The 19th century had been marked by the “appropriate” fashion styles of the Victorian era.

Women were expected to cover their entire bodies with billowing dresses, decorated with lace, flowers and artful buttons.

Their hair was crafted into elaborate styles, bound up in lace or velvet and adorned with flowers and ribbons.

But the strong women of the late 19th Century had a different vision in mind. 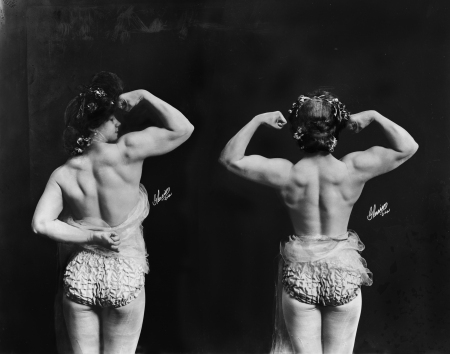 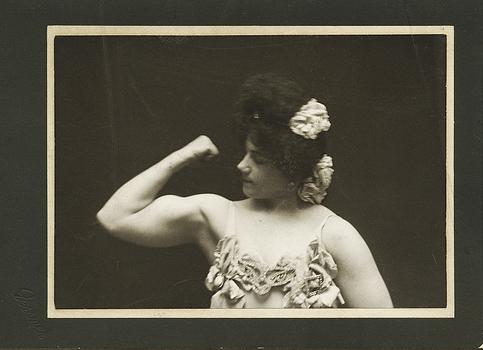 Charmion was an athlete who knew how to wow the audience. 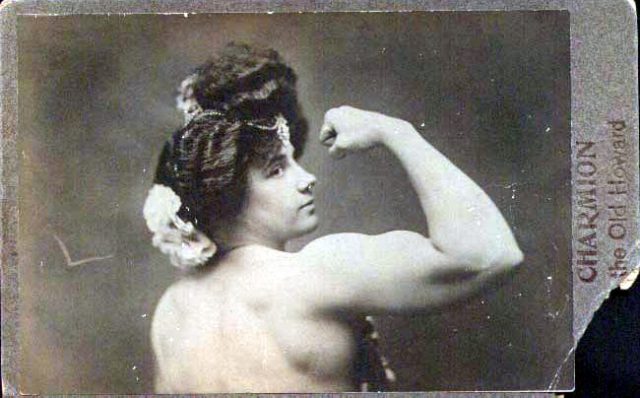 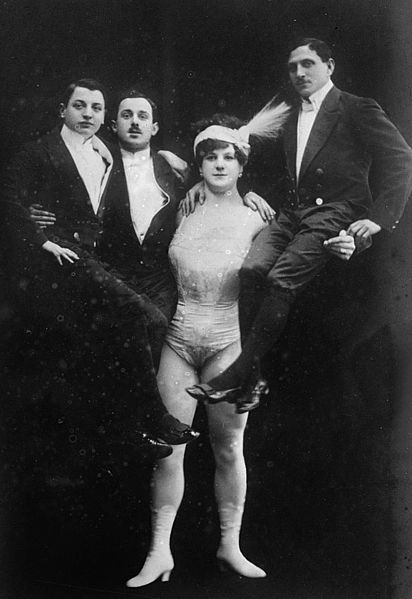 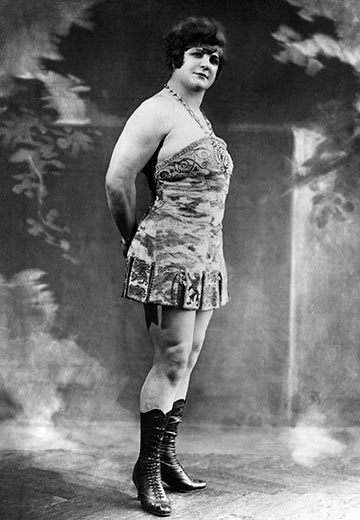 Born Kate Brumbach in 1884, this Bavarian circus performer immigrated to New York in the early 1900s. She changed her name to Katie Sandwina after defeating Eugen Sandow, “the father of modern bodybuilding,” in a strength contest. 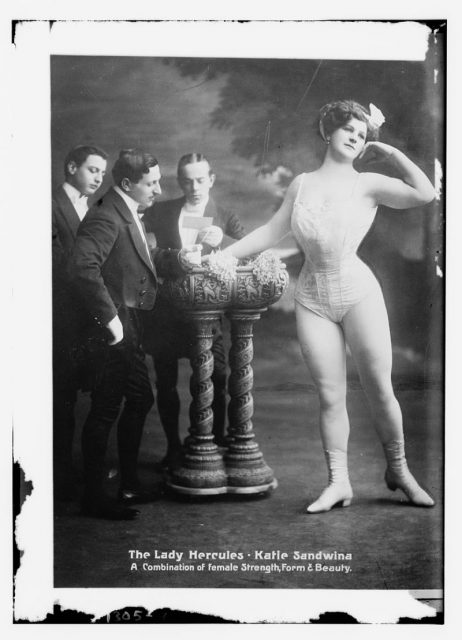 Katie Sandwina: The Strongest Woman in the World. 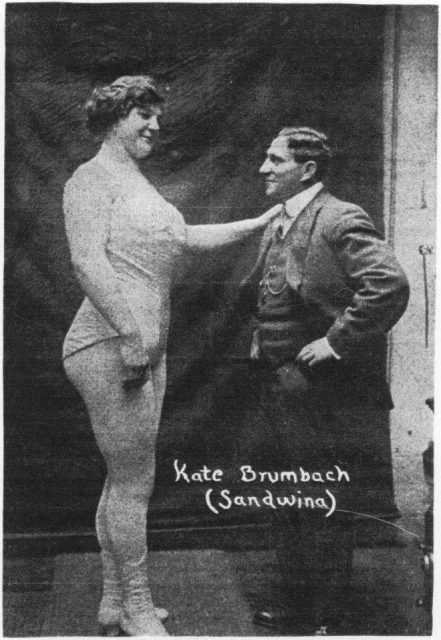 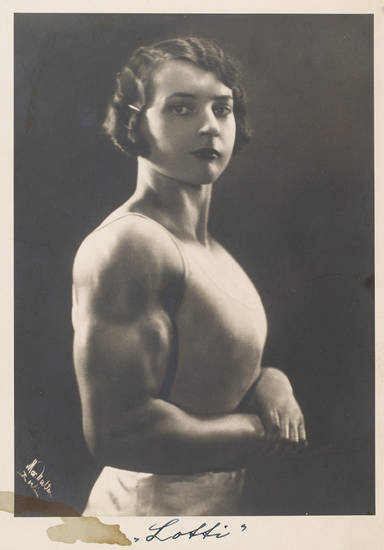 By the early 20th century, female bodybuilders and wrestlers began to emerge all over Europe and the United States. Others began as circus performers where they would showcase their strength and grace with displays of acrobatics. Strongwoman Katie Brumbach from Vienna, known as “Great Sandwina,” was one of fourteen siblings and the daughter to a father who stood six-and-a-half feet, and a mother who sported 15-inch biceps.

Brumbach would demonstrate her superwoman strength by lifting her 165 lb husband over her head…with one arm. Later, she joined Ringling Brothers and Barnum & Bailey Circus, where she performed feats of strength — such as snapping iron bars with her bare hands. 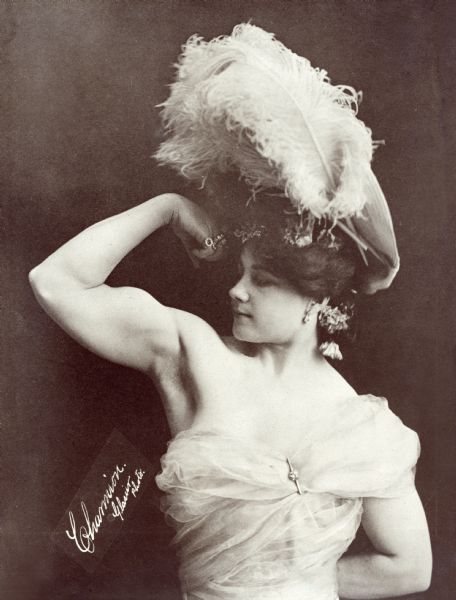 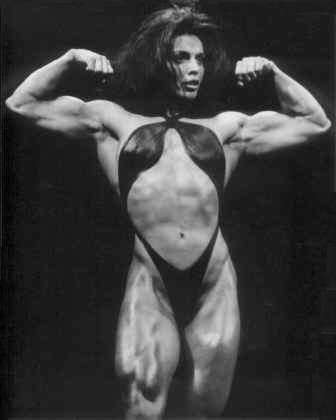 Dancer and model Sharon Bruneau began weight training as rehabilitation from a bout of pneumonia. Her dedication and hard work soon brought her fame as a fitness model and presenter. 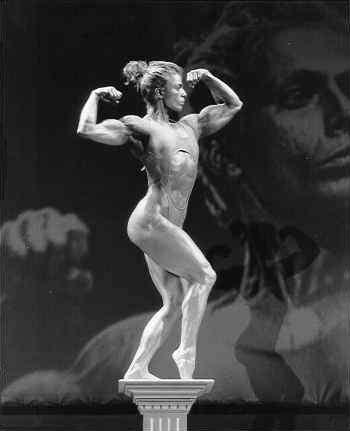 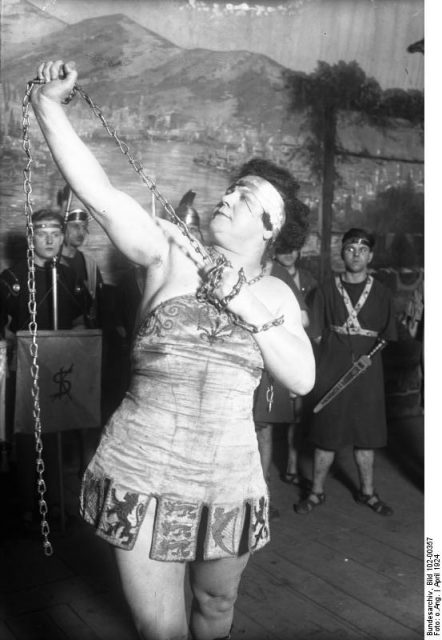 Sandrina, who is considered to be the strongest woman in the world, performing in Berlin, tearing through a 10 mm (0.4 inch) iron chain. 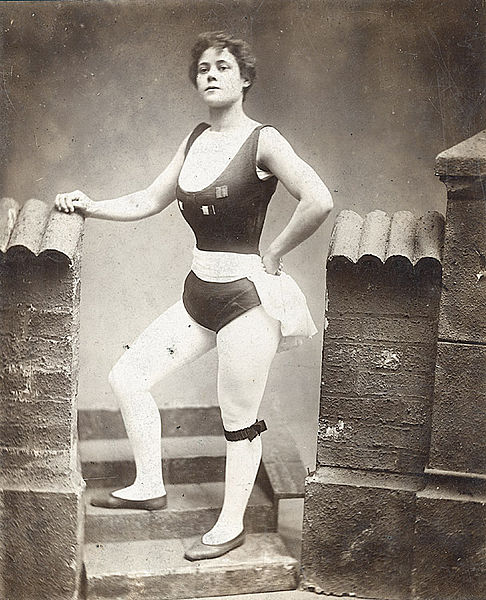 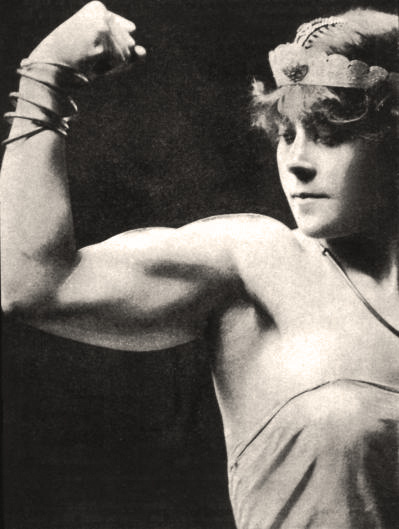 Vulcana performed with her brother, Atlas.

Read another story from us: Vintage Tattooed Women Around the Globe

Today, hundreds of years after the strongwoman sensation caught on in the Western World, a new mantra has emerged and revolutionized the world of women’s fitness: “Strong is the New Sexy.”