Freddie Mercury, global rock icon, was adored across the world for his musical genius, incredible voice, and on-stage charisma. Although he was known internationally as the frontman of rock band Queen, Freddie kept his private life carefully under wraps.

However, according to Smithsonian magazine, there is one rare surviving item from Freddie’s childhood that gives a unique insight into his tastes and personality as a young man: his stamp collection. 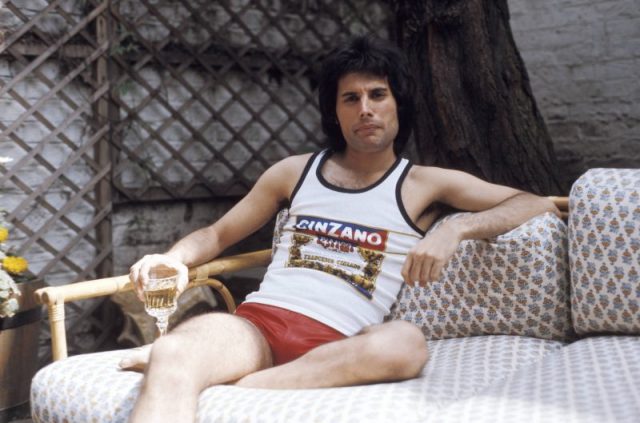 When Freddie Mercury died in 1991 from complications arising from AIDS, the vast majority of his possessions were destroyed. Freddie was born into a Parsi family as a member of the Zoroastrian religion. According to Zoroastrian tradition, when an individual dies, all of their possessions should be burnt.

As a result, very few of Freddie’s personal possessions remain, and we only know about his early life and character from the testimony of his friends and family. 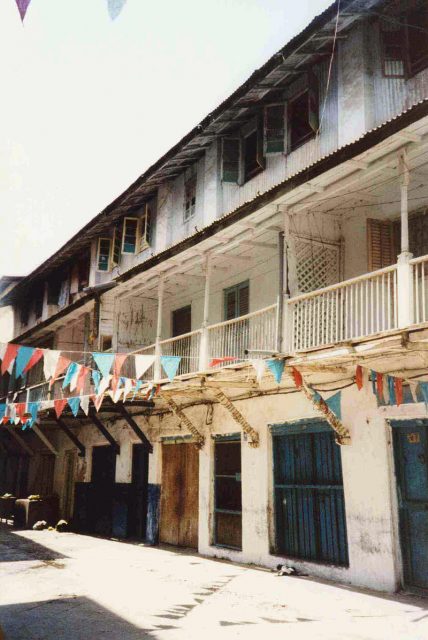 Freddie’s stamp collection is a rare exception, and offers a unique glimpse of the iconic singer as a curious and creative young man.

According to the BBC, Freddie Mercury was born in Zanzibar, and was originally called Farrokh Bulsara. As a child he grew up in various parts of the British Empire, including Zanzibar and India. 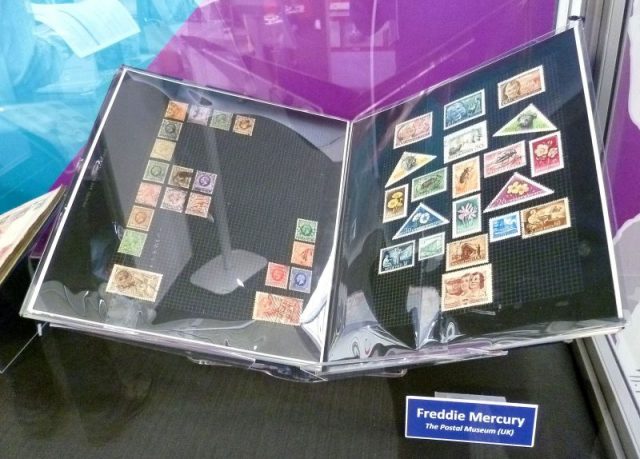 On his travels, he loved to collect stamps, and between the ages of 9 and 12, he put together a substantial collection that included specimens from many different British colonies.

The collection is of particular interest to specialists as it contains many stamps from countries that are no longer in existence, as the former British colonies gained their independence and established new states.

It reflects a period of great global change, when empires declined in the aftermath of the Second World War, and new political regimes emerged. 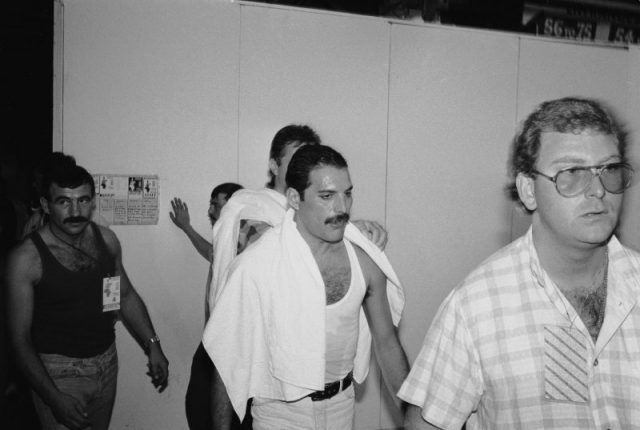 According to Smithsonian magazine, Freddie’s interest in stamps came from his father Bomi, who also had a fascination for decorative stamps from all over the world. It was Bomi that decided to save Freddie’s collection after his death, contrary to Zoroastrian tradition. 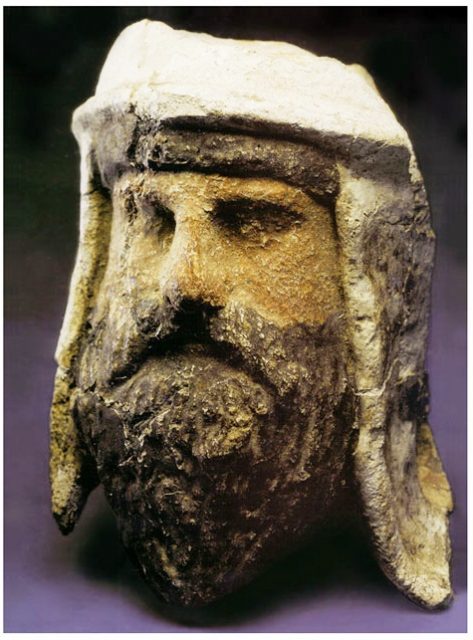 He eventually sold it at auction to the Postal Museum, donating the proceeds to the Mercury Phoenix Trust, an AIDS charity set up in memory of Freddie and other victims of the disease.

However, perhaps the most fascinating aspect of Freddie’s stamp collection is not the actual stamps themselves, but the way in which the young musician organized them. 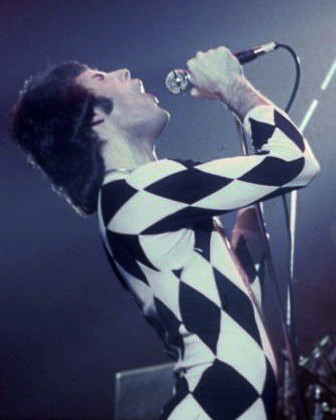 They are fixed on black backgrounds, allowing the bright colors and designs to stand out, and in many cases, they are arranged to form particular patterns and shapes.

Stamp collections are a deeply personal possession, and often reflect the collector’s state of mind or preoccupations at the time when they amassed the collection. Freddie’s stamp collection is a rare insight into the character of this much-loved rock icon, and allow us to see his creativity and flair even as a young boy. 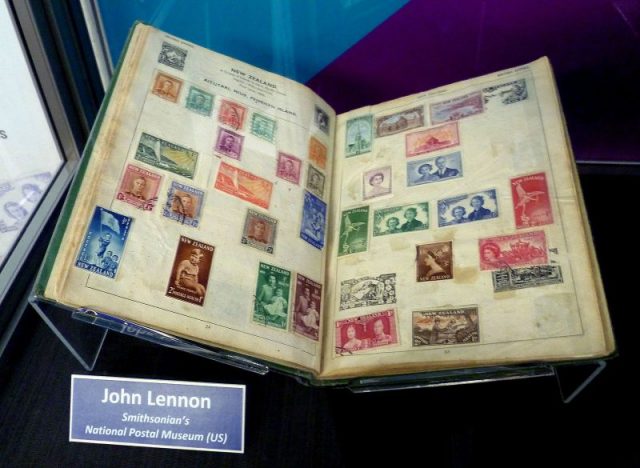 Freddie Mercury is not, however, the only iconic British musician to have harbored a fascination for stamps. John Lennon had a similar collection as boy, containing stamps from across the world. In 2016, a British exhibition displayed the two collections side by side, allowing visitors to compare.

It was apparent that, when compared to John Lennon, Freddie displayed greater care and reverence for his collection. Lennon’s stamps frequently featured hand-drawn mustaches and doodles on the faces of Queen Victoria and King George VI, whereas Freddie’s collection was immaculately preserved.

Read another story from us: Freddie Mercury’s Zoroastrianism inspired him to follow his dreams

If Freddie had been alive in 1999, he would perhaps have been surprised and pleased to see his own image on a postage stamp. The Royal Mail’s Millennium series aimed to honor legendary British figures, and featured an iconic image of Freddie on stage. He may have been happy to think that his own stamp would form part of the collections of aspiring young artists of the future.