How to Make Someone Desire You? Ancient Egyptian “Love Spell” Decoded

A university researcher has decoded a mysterious fragment of a 1,300-year-old Egyptian papyrus and proclaimed it is a love spell. In fact, the spell might have once been part of a magician’s handbook.

After studying the images and the text, Dr. Korshi Dosoo from the University of Strasbourg in France said they “may be understood as a representation of a ritual intended to unite two lovers.” The analysis “draws comparisons with other similar papyrus artifacts and known rituals of the time to suggest that this was a recipe for love, and possibly protection, between two people,” according to Live Science. 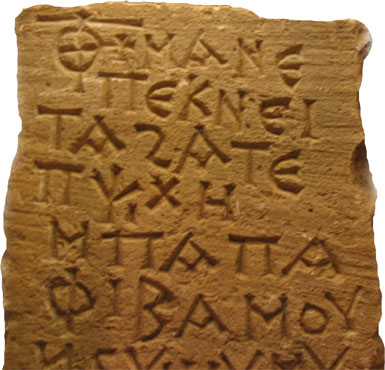 The image is of two bird-like creatures, connected by what could be a phallus, Dosoo said. Or, he speculated, it could be a chain. The text in the fragment is written in Coptic, an Egyptian language that uses the Greek alphabet.

Any thought of ancient mummies and Egyptian gods being involved in the spell is mistaken. The fragment was written at a time when Christianity was practiced in Egypt. 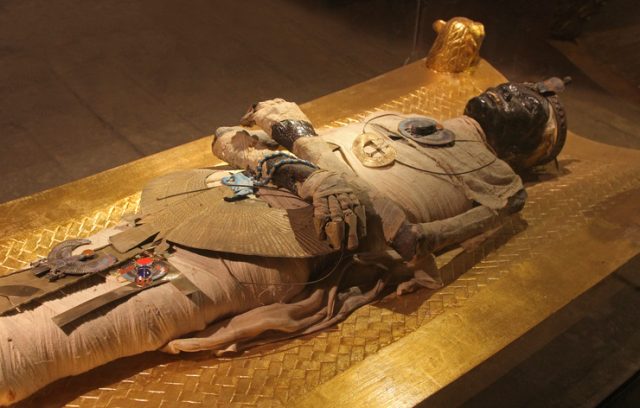 And the phrases that Dr. Dosoo deciphered say things like “I call upon you… who is Christ the god of Israel…,” followed by the words “you will dissolve… every child of Adam…” There is also mention of the Biblical character Ahitophel, who deserted King David, which “hints that the incantation is designed to avoid such bad influences.”

“Christian literary texts from Egypt which mention love spells often imply that the problem is not that the woman doesn’t love the man per se, but that he does not have access to her, because she is a young unmarried girl protected and secluded by her family, or already married to someone else,” Dosoo said in an interview. 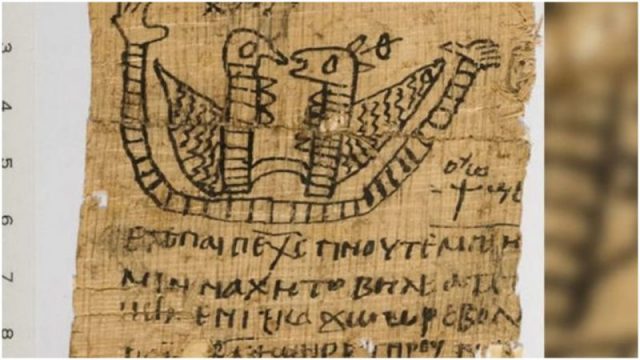 There are clues that this is a love spell. The fact that the figures face each other is one. There’s also mention of an exotic deer musk perfume, which at the time was supposed to bring lovers together.

There is a larger mystery to this fragment — no one knows how, when, or why it ended up in Macquarie University in Sydney, Australia, where Dr. Dosoo studied it. The university stores approximately 900 papyri.

“Experts have been busy trying to decipher the magic spells in the Macquarie University collection for years,” according to Live Science. “This text may be part of the Handbook of Ritual Power that was the subject of a similar study back in 2014.”

Most of the papyri were purchased by or donated to the university between 1972 and 1985. Many were purchased from Anton and Michael Fackelmann, who were antiquities dealers in Austria in the 1970s and 1980s.

Among the papyri is what researchers call a Handbook of Ritual Power, along with magical text that is about 1,300 years old and also written in Coptic. It is possible that the love-spell fragment recently decoded is part of a similar handbook, written at the same time. 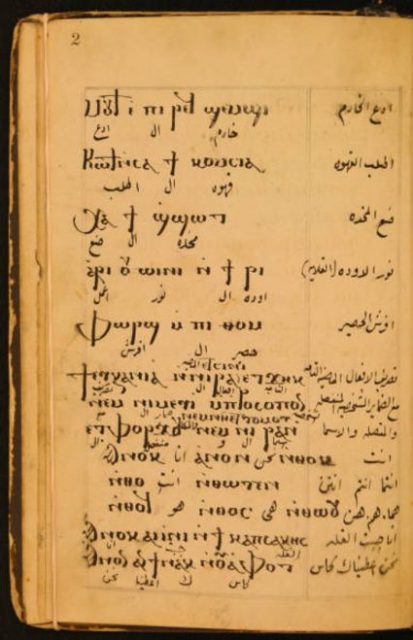 In an interview in The Washington Post in 2014, Malcolm Choat and Iain Gardner, who are professors at Macquarie University and the University of Sydney, said the handbook was “a complete 20-page parchment codex, containing the handbook of a ritual practitioner.”

The ancient handbook, a codex, “starts with a lengthy series of invocations that culminate with drawings and words of power,” they wrote. “These are followed by a number of prescriptions or spells to cure possession by spirits and various ailments, or to bring success in love and business.”

To “subjugate” someone, the handbook says, you would say a magical formula over two nails and then “drive them into his doorpost, one on the right side (and) one on the left.”

The practitioner of the handbook didn’t have to be a priest or monk. “It is my sense that there were ritual practitioners outside the ranks of the clergy and monks, but exactly who they were is shielded from us by the fact that people didn’t really want to be labeled as a ‘magician,’ ” Choat said.