It’s hard to imagine today, when airports and airlines take so many steps to prevent weapons from getting onto airplanes, but there was a time that airlines actually put weapons on-board.

In the days when long-distance flights could not make it all the way to the destination without refueling, priorities sometimes had to be very different. Just a few decades ago, at least one airline had to consider possible polar bear attacks in their planning for certain routes, according to Flyer Talk. 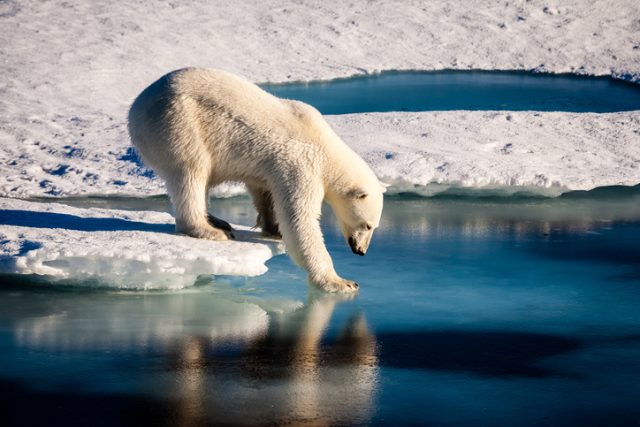 Prior to the arrival of modern ultra-long-range jets, planes could not fly between Amsterdam and Tokyo without stopping for fuel. Alaska was the ideal stop for those flights.

In 1958, KLM, the Royal Dutch Airline, was confronted with a problem when it began offering its impressive flights that ran between Amsterdam and Tokyo, by way of Anchorage.

The planes making the trip were Douglas DC-7 piston planes, which were considered the long-range aircraft of the time. 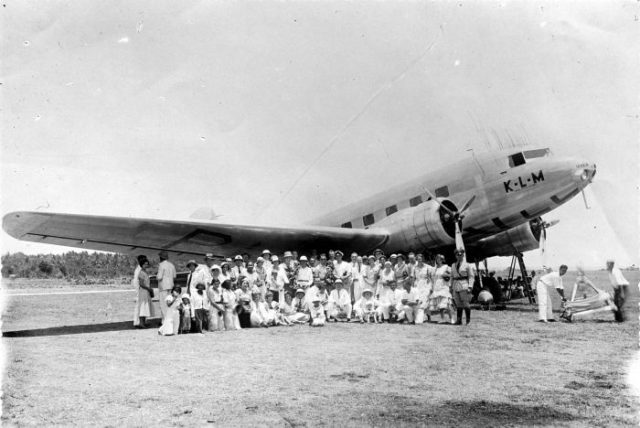 KLM Douglas DC-2 aircraft Uiver in transit at Rambang airfield on the east coast of Lombok island following the aircraft being placed second in the MacRobertson Air Race from RAF Mildenhall, England, to Melbourne in 1934 Photo by Tropenmuseum, part of the National Museum of World Cultures CC BY-SA 3.0

These “Polar Route” flights went very close to the North Pole. Because the land between Amsterdam and Anchorage is both very rugged and very isolated, airline executives decided that these flights needed to have arctic survival kits on board as a precaution, in case a plane needed to make an emergency landing on the Arctic ice. 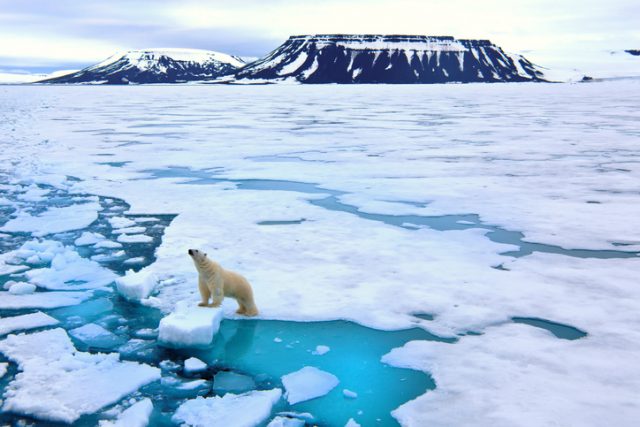 The kits contained all manner of things the airline thought would be useful — including Armalite AR-10 “polar survival” rifles, to protect stranded passengers and crew from possible polar bear attacks. 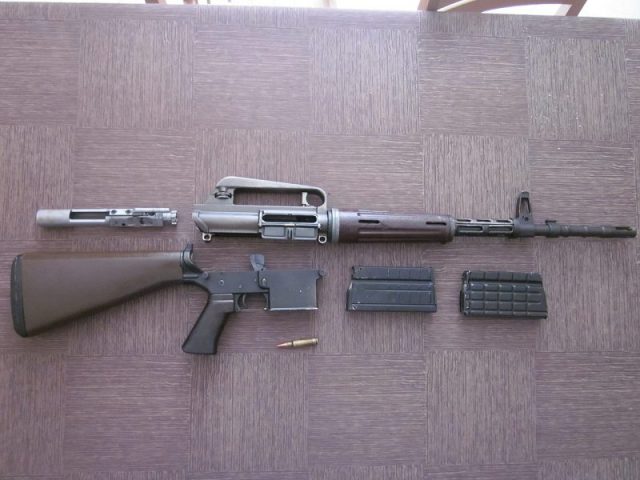 Historical Firearms says that the survival kits carried by the planes that flew the route contained about 800 pounds of equipment, including the gun.

The airline purchased five or six of them from a Dutch small-arms company called Artillerie Inrichtingen. 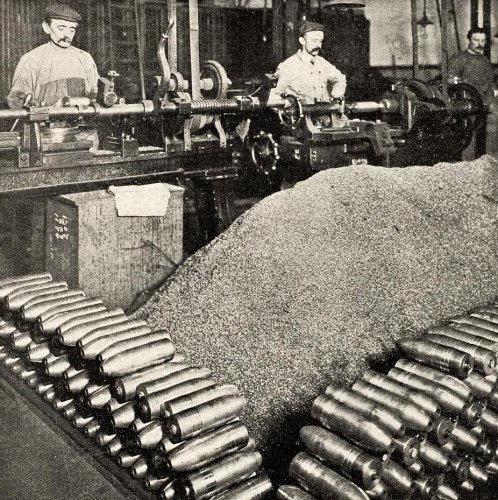 The guns had enough power that they would have been a challenge for members of the plane’s flight crew to handle, although it still was a much better alternative than facing an aggressive polar bear, unarmed. 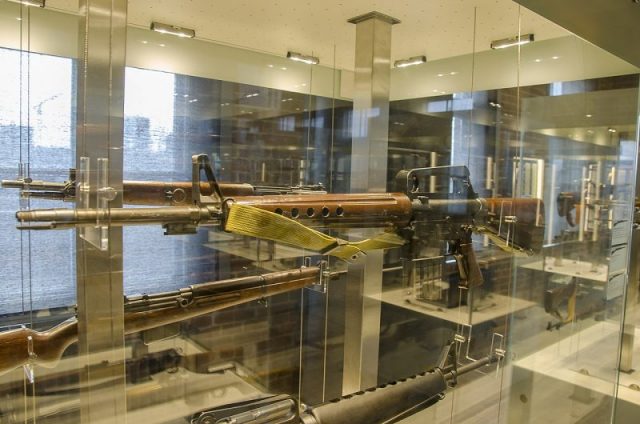 The flight crew received some “training” with the rifles, although that training didn’t involve actually firing the weapon. Instead, they were instructed on its basic handling and told that if they needed to use it, they should simply aim between the bear’s shoulder blades. 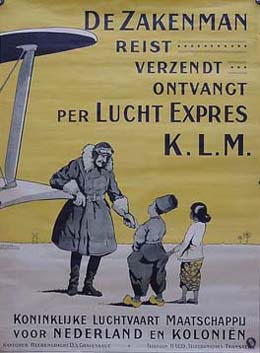 KLM poster featuring the airline’s first commercial slogan. It is likely dated around the late 1920s, after it started service to Jakarta

The kits also contained other necessities such as a saw, a shovel, snowshoes, a raft, cold weather clothing, sleeping bags, a small camp stove, a hatchet, maps, tissues, and candles – anything that might help the passengers and crew survive in an emergency until help could find them.

Crews on these flights were also required to become certified in wilderness survival.

KLM stopped using the survival kits and rifles when other survival methods were developed for new, larger aircraft and when technology improved to the point that crews could expect that help would find them within 24 hours. 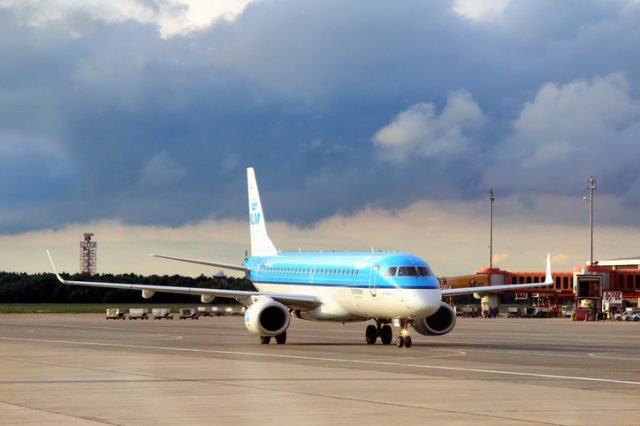 KLM sold the weapons it had obtained for its kits, and gun enthusiasts consider them to be the rarest weapons built by Artillerie Inrichtingen. There’s a letter dated from January 1984 from KLM to a gun collector who was trying to trace the provenance of those weapons.

The letter does confirm that KLM bought 5-6 of the AR-10s for use on its Polar Route, and it sold those weapons in the early 1970s to a gun dealer in Chicago.

Read another story from us: SR-71 Blackbird – The Fastest Manned Plane Navigated by the Stars

The DC-7 piston planes that were first used on this route were eventually replaced, first by DC-8 jet-liners, and later by the modern Boeing 747 that can make the Amsterdam-Tokyo run as a nonstop flight, eliminating the need to make a refueling stop in Alaska at all, which led to the discontinuation of the survival kits.

« How to Make Someone Desire You? Ancient Egyptian “Love Spell” Decoded
Eric Clapton Grew up Thinking his Mother was his Sister »