The trailer for Holmes and Watson has recently appeared online. No-one was expecting this Will Ferrell and John C. Reilly comedy to be reverential.

Yet fans of Sir Arthur Conan Doyle’s master detective may be surprised to see Sherlock accidentally releasing a swarm of killer bees, or knocking Queen Victoria out cold while grabbing a selfie.

Odd behavior for a supposed genius to be sure, but Sherlock has received some strange treatments over the decades. 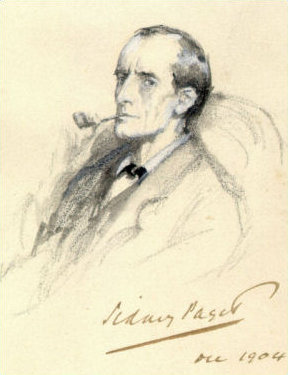 Portrait of the fictional detective Sherlock Holmes by Sidney Paget, 1904.

Like any cultural figure, he’s been lampooned. He’s also been pitted against some unearthly opponents and sent to some truly other dimensions.

Here are 5 key examples of alternative takes on Sherlock Holmes. By the way that loud whirring noise is the sound of Doyle spinning in his grave…

Holmes and Watson isn’t the first comedic version of the Great Detective. Ferrell and Reilly are a well-known double act, but back in 1978 British establishment-baiters Peter Cook and Dudley Moore threw their deerstalkers into the ring for an adaptation of The Hound of the Baskervilles. 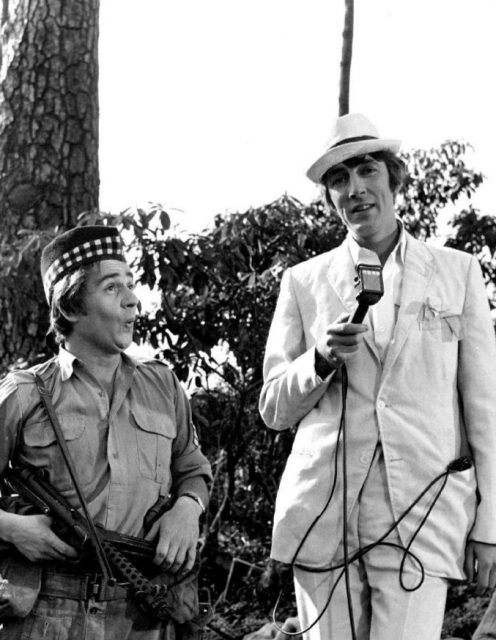 Cook and Dudley Moore in London for the US television programme, Kraft Music Hall

Directed by Paul Morrissey, the project was an ill-advised slapstick romp which featured Cook and Moore adopting over the top accents.

In the 1993 book The Films of Paul Morrissey by Maurice Yacowar, the helmer looked back with regret.

He thought it was “the only film I ever made reluctantly… I lost control over it at the very beginning when it was suggested that the two main actors each write a section of the film.”

The pair may have been celebrated wits, but their approach to Conan Doyle left critics with a head-scratching mystery not even Holmes could solve.

Sherlock was a dynamo but there was no way he could go on forever. So, Conan Doyle relocated him from London to Sussex for his retirement, where he cultivated bees.

This period was dramatized in 2015 for the movie Mr. Holmes, starring Ian McKellen.

It depicted the character as a man rather than a superhuman, with the onset of old age affecting his faculties when a mystery is thrown into the mix. 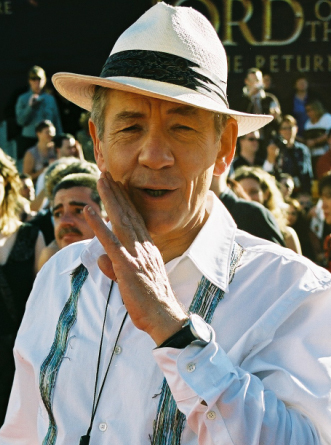 McKellen saw the production, based on the novel A Slight Trick of the Mind by Mitch Cullin, as delving beyond the mind of Holmes. In an interview for the Guardian, he said, “the film turns out to be about old age, about the possibility of it never being too late to find out about yourself. That has nothing to do with Sherlock Holmes, really – that’s to do with life.”

The character’s fog-bound adventures in Victorian London had Holmes up against criminals of every variety. But authors have often brought him face to face with the unholy, capitalizing on the grim atmosphere of the 19th century. 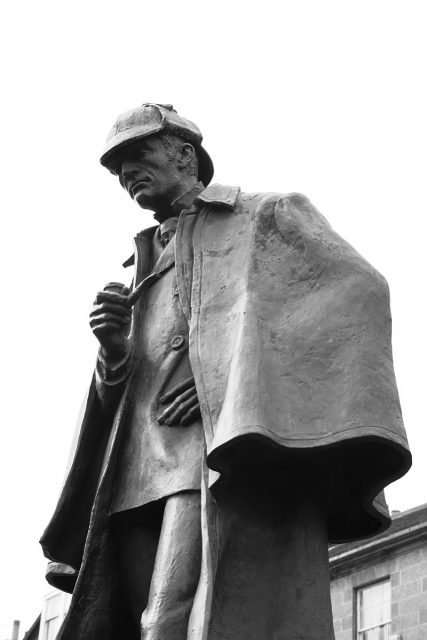 Statue of Holmes in an Inverness cape and a deerstalker cap on Picardy Place in Edinburgh (Conan Doyle’s birthplace) Photo by Siddharth Krish. CC BY-SA 3.0

It made sense to pit Sherlock against Count Dracula, first introduced by Bram Stoker in 1897. 81 years later, Loren D.Estleman brought readers The Adventures of the Sanguinary Count (Sherlock Holmes vs. Dracula). 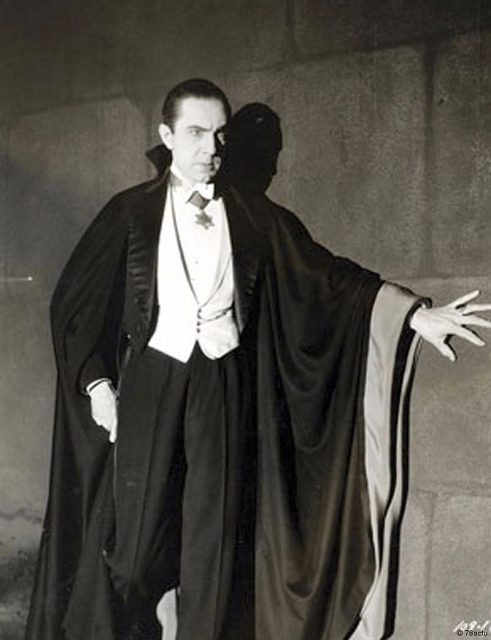 A 2004 interview with Estleman for January Magazine revealed the motives which inspired the tale. He mentioned that “Sherlock Holmes was going through a fresh surge of popularity when I wrote Sherlock Holmes vs. Dracula and Dr. Jekyll and Mr. Holmes, thanks to Nicholas Meyer’s Seven-Per-Cent Solution; but years before, in junior high, I had written and drawn a comic book about Holmes and Dracula. The characters were contemporaries, so the match-ups seemed natural.”

While Guy Ritchie’s Sherlock Holmes movies are pure blockbuster entertainment, they do give the legendary deducer a radical makeover.

Robert Downey Jr.’s Holmes is a man of action with wild hair and a less than clean-cut appearance.

McAdams and Downey, Jr. at a panel to promote the film at the 2009 San Diego Comic-Con Photo by Natasha Baucas CC BY 2.0

The character had traditionally been presented with deerstalker and pipe, though this was an artist’s invention. For Ritchie, the idea was taking what was in the stories and delivering visual interpretation audiences hadn’t expected.

In a 2009 interview for the website Indie London, the director said he was “invested in Sherlock Holmes as a child, so I really had a strong visual sense of who I thought Sherlock Holmes should be. Not only that, I hadn’t seen any other productions, unlike most people. I had no visual reference other than what I’d knocked up in my mind.”

Holmes has had various incarnations on the small screen, from Douglas Wilmer to Benedict Cumberbatch.

Some have been eccentric, but for sheer novelty, the standout has to be Star Trek’s Mr.Data as a silver-skinned super sleuth. 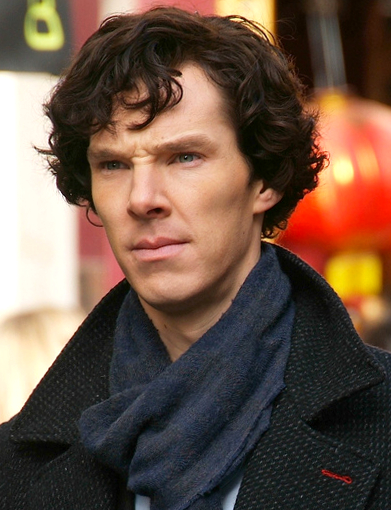 Benedict Cumberbatch as Holmes in Sherlock Photo by RanZag CC BY 2.0

The Star Trek: The Next Generation episode Elementary My Dear Data was set on the Enterprise’s infamous holodeck, transporting the characters back to Victorian London in a computer simulation.

A 2016 look back for StarTrek.com described the production, writing that “Director Rob Bowman shot it inventively, lending it tremendous visual appeal, all of which was complemented by Robert Blackman’s colorful costumes, as well as the impressive Victorian sets, and, of course, the fun performances.”

Read another story from us: The 5 Most Horrid Crimes from the Victorian Underworld

No doubt by the time something like a holodeck is invented, Sherlock Holmes will still be in the public eye. He continues to be brought to life by moviemakers, playwrights and even amateur authors, thanks to the loose copyright situation on the property. Perhaps the Great Detective’s wildest exploits have yet to be chronicled…