In 1940, when John Steinbeck’s novel, The Grapes of Wrath was adapted for the screen by John Ford, the United States and its allies were waging a war against Hitler’s Third Reich, alongside the Soviet Union.

The reason why this is important was that after the war the two superpowers that were once allies became bitter foes, changing the cultural climate together with politics.

As it is well known, at the very beginning of the Cold War, many Hollywood artists were deemed unsuitable due to their suspected ties or sympathies with Communists. 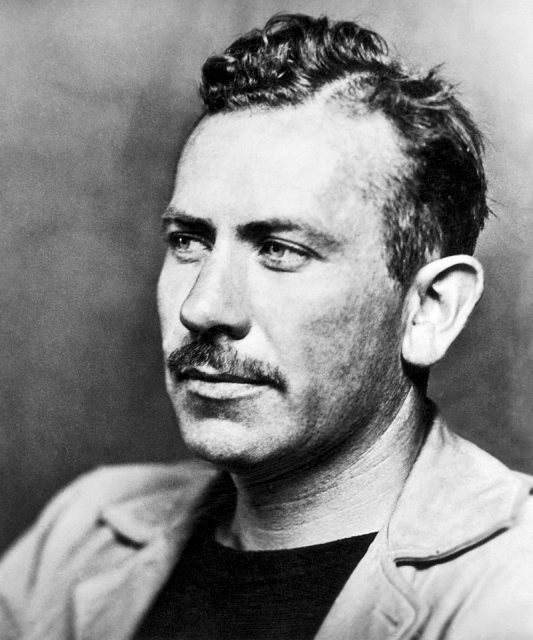 Many of the greats, such as Orson Welles, or Charlie Chaplin, to name a few, were reduced to a persona non grata status within the movie business, from which they never recovered.

Although Steinbeck avoided a call from the House of Un-American Activities Committee, the film based on his book, which subtly (many would say openly) criticizes capitalism during the Great Depression by following a family of sharecroppers,  received significant backlash from the public. 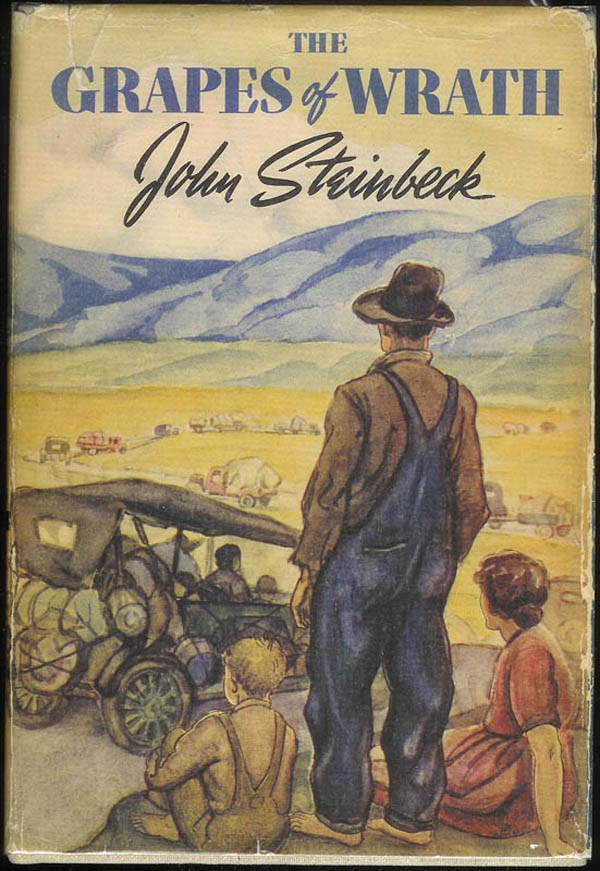 In the times of the so-called “Red Scare”, such criticism was perceived as “socialist”, “Marxist” and above all ― un-American.

This was exactly how the film was received, with critics, farming unions and government agencies altogether agreeing that The Grapes of Wrath promotes ideas and values that were in service of the USSR. 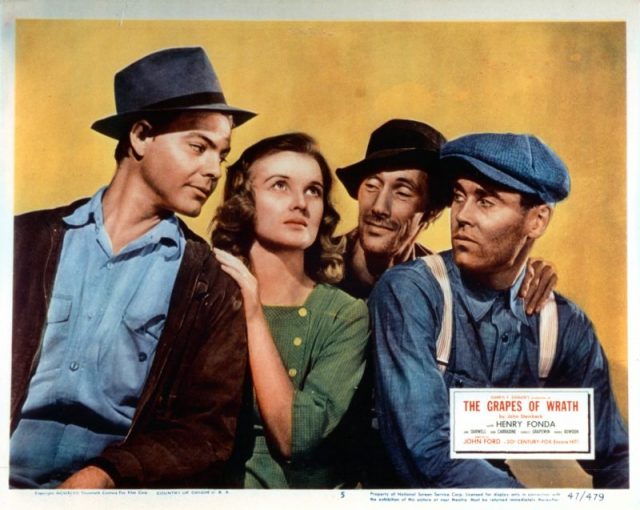 John Carradine and Henry Fonda In ‘The Grapes Of Wrath’

Therefore, when the film was given the “Red Label”, the USSR felt that it was time to step on the stage.

Stalin himself considered that if The Grapes of Wrath managed to annoy the U.S. government so much, perhaps it could be used as a propaganda tool in the country which he governed with an iron fist. 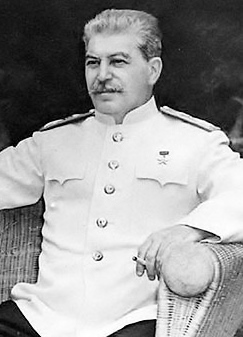 He approved the film to be released in the USSR in 1948, at the time when the Cold War was just “heating” up. This wasn’t a common sight at the time, as cinemas only promoted domestic productions.

Stalin, who had the final say on pretty much everything that was going on in the country, was highly suspicious of foreign movies, which he considered to be “subversive”.

However, in this case, Uncle Joe thought that a film which the Americans label as “socialist” must be heaven-sent in the largest and most influential socialist state of the time. 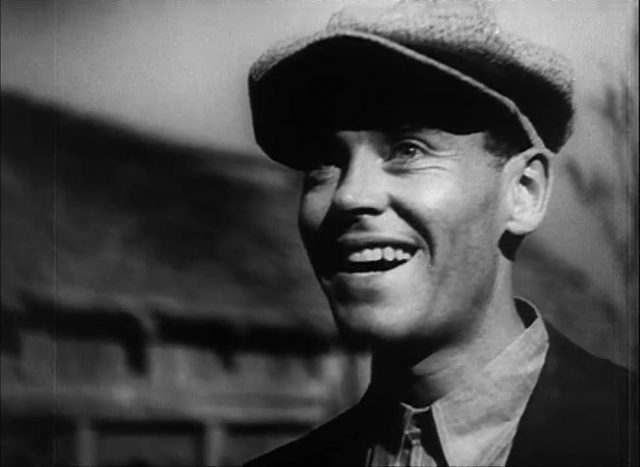 This was a sound conclusion given that the main subjects of the story ― the Joad family ― are suffering from poverty after losing their farm due to the recession which forces them to become migrant workers.

However, after the film was released, Stalin’s idea completely backfired. In the film, it appeared as though even the poorest owned an automobile ― a luxury that was off limits to an ordinary Soviet citizen at the time. 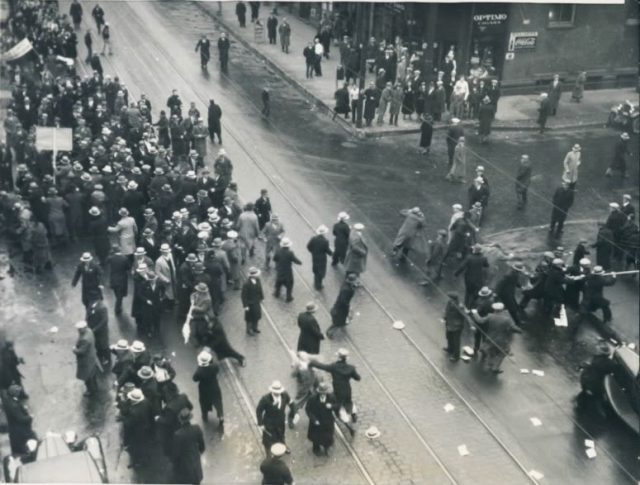 Instead of evoking anti-capitalist sentiment among the common folk, it was as though the only thing the viewers could see was the difference between being poor in the USA, compared to their own experience in the USSR.

While the USSR boasted itself as the country that belongs to the peasants and the workers, Stalin had, in fact, canceled many of the privileges that were gained during the country’s first years. 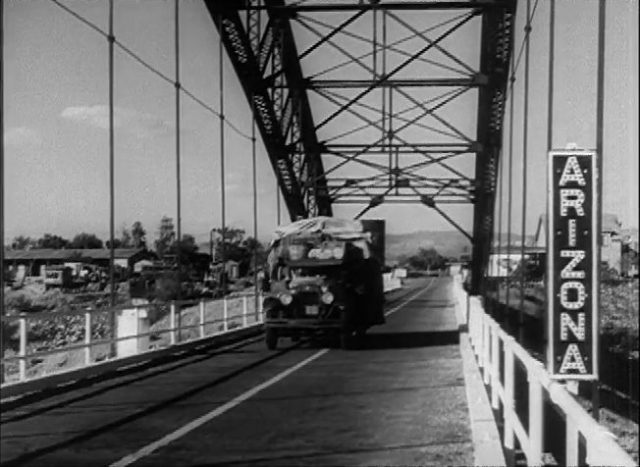 Trailer for the 1940 black and white film The Grapes of Wrath. Truck on a bridge.

The living standard deteriorated under his rule, and when there was finally a chance to see a glimpse of how people lived across the ocean, the poverty-stricken Joads were perceived as well-off members of the middle-class who have nothing to complain about.

After all, they did have a car.

Having noticed that his plan wasn’t exactly going well, the dictator ordered the film to be pulled from the cinemas.

Besides this anecdote openly revealing the flaws of a central-planned economy, it also foreshadowed the outcome of a conflict which gripped the entire world for almost half a century. Eventually, this crippled economy and a great shortage of goods would be one of the main causes for that system to collapse.

Read another story from us: Only Known Recording of a Castrato – Italy’s Last Castrated Singing Boy

It is amazing to think that one of the very first dents in the Soviet system during the Cold War was made by The Grapes of Wrath, the film which was unwelcome even in the country that produced it.