‘Iceman’ Richard Kuklinski – The Most Prolific Hitman in Mafia History

Richard Kuklinski was a hit-man who worked for the Mafia. Not being Italian, he was never “part” of the notorious crime family, but he might as well have been. Some say Kuklinski killed over 300 people at the behest of various crime bosses.

Many say Kuklinski wasn’t in his line of work for the money – he was just a sociopathic murderer who found a way to make money killing people.

For many of us, the Mafia hit-man is a somewhat romanticized character. He, or she, is misunderstood, or is a “loyal soldier,” or is somehow morally conflicted.

Richard Kuklinski was once asked if he “…likened himself to an assassin?” “No” he replied, “I’m just a murderer.” 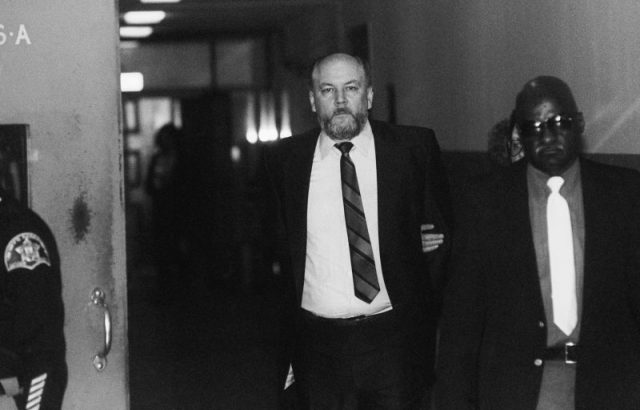 Richard Kuklinski, known as the Iceman, is led into Bergen County Court. Kuklinski, indicted for six murders, appeared in court after having kidney stones during the previous weekend.

Richard Kuklinski was born in New Jersey in 1935 to an alcoholic father and religious, doting mother. As a boy, Richard discovered he liked killing animals – not as in hunting, but killing neighborhood cats.

Actually, it turned out that killing was the thing that gave Richard the most pleasure in life. Kuklinski himself said that the first person he killed was at age 14 when he beat the local bully to death.

He dropped out of school, and by the 1950s had ingratiated himself with local New Jersey criminals. By age 18 he executed his first contract target. 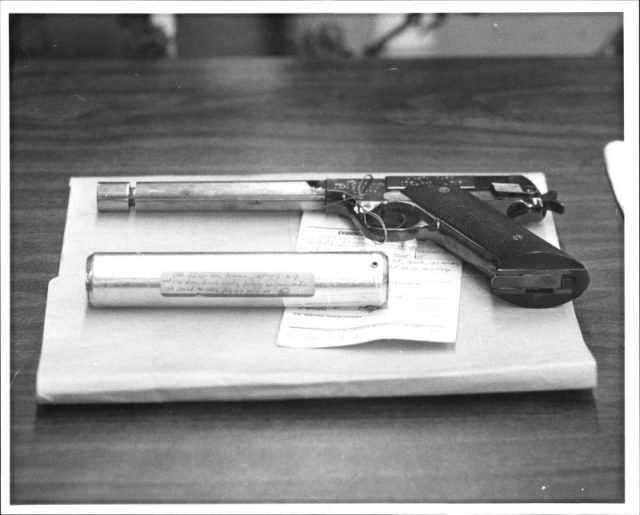 Weapons seized as part of the investigation into Richard Kuklinski on December 17, 1986. He claims to have killed 200 people. Photo by Arty Pomerantz/New York Post Archives /(c) NYP Holdings, Inc. via Getty Images

Unfortunately for the hulking Kuklinski (he was 6’5” and about 300 pounds), most of the first jobs he did didn’t involve killing — they were robberies, strong-arm coercion and drug running.

This wasn’t enough for Kuklinski. Beginning in the mid-1950s he would go to New York City looking for people to kill. It might be someone he had previously met or just someone he saw on the street or briefly interacted with who he was annoyed by.

Kuklinski just liked killing people, it didn’t matter how. Sometimes he shot them. Sometimes he beat them to death. Just depended on his mood and the circumstances. According to Kuklinski himself, he got a kick out of filling a nasal spray bottle with cyanide and forcing it up his victim’s nose. 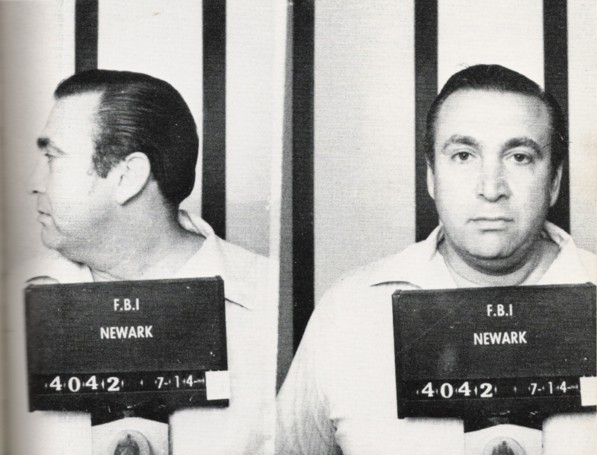 By the late 1950s, early 1960s, Kuklinski was firmly established with the New Jersey and New York Mafia. He worked directly with Brooklyn crime boss Roy DeMeo, himself a part of the larger Gambino crime family and a prolific murderer.

At first, Kuklinski was indebted to DeMeo and erased his debt by killing someone. DeMeo quickly saw in Kuklinski a man of some talent when it came to killing, and soon Kuklinski was working for the Mob.

By all accounts, Kuklinski had no fear and would kill anyone. He worked not only for DeMeo, but for the larger Gambino crime family, and soon became known within those circles as “The Devil Himself.” 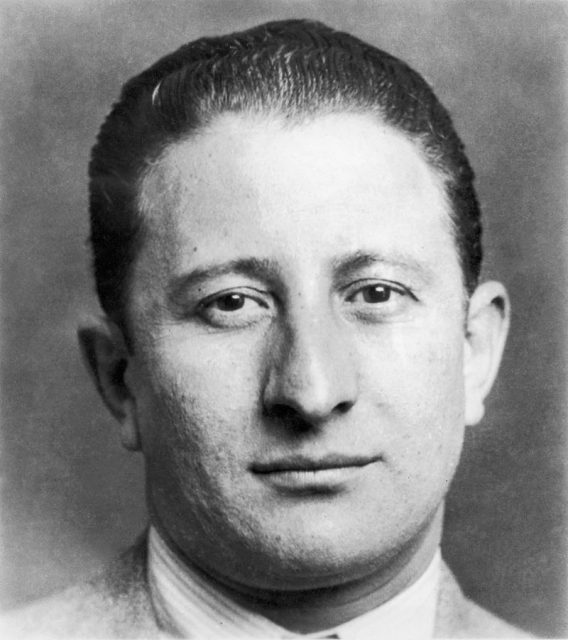 Mugshot of Carlo Gambino (1902-1976) in the 1930s, a mafioso who became boss of the Gambino crime family, that still bears his name today.

In this day and age, it is increasingly difficult to get away with murder. Many criminals have their DNA taken when they are arrested and that makes it harder to “succeed.” Police methods have improved. Cameras are everywhere from street corners to buildings to houses, and in everyone’s pocket in the form of smartphones. Kuklinski operated before the proliferation of these things.

To get away with so many murders, Kuklinski would cut off the fingers of his victims, so that police would not have fingerprints. He would also pull their teeth out, when possible. Many times he would throw his victim’s bodies in the Hudson River – decomposition would make it harder to recognize people. 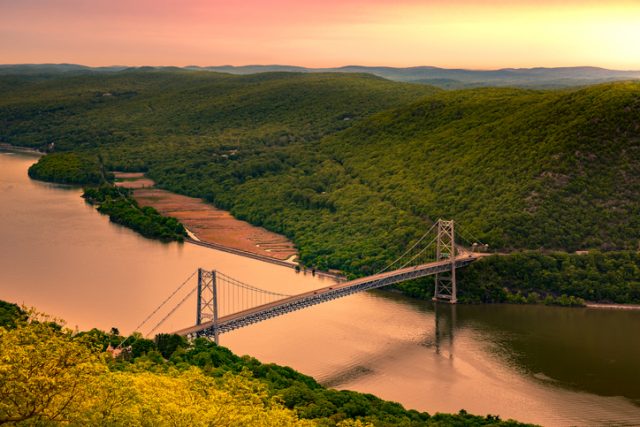 While this was going on, Kuklinski was raising a family. In 1961 he married his wife Barbara. Eventually, they had three children together. By the time of their wedding, Kuklinski estimated he had killed 65 people. Kuklinski, like others in the mob, had a cover story, and had met his wife while she worked as a secretary at one of these Mafia “fronts.”

Like many abused wives, Barbara was torn. When Kuklinski was good, he was good — jovial, a good provider, a loving parent. But he wasn’t always good. He beat her frequently, and told her that “she belonged to him.” To reinforce that, he jabbed her with the point of a hunting knife while telling her. He also told Barbara that if she ever left, he would kill her entire family. She believed him, though she stated that she never had any clue that he was a real killer. 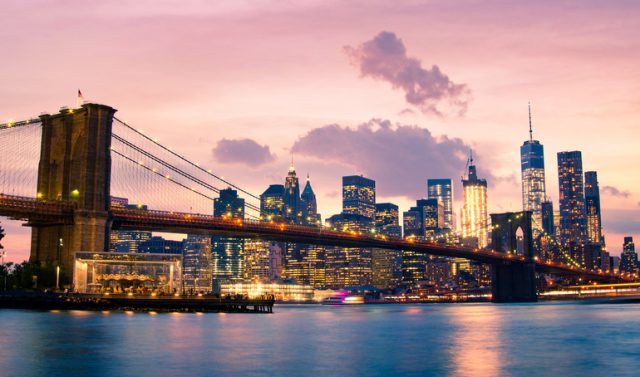 Throughout the 60s, 70s and much of the 80s, Kuklinski kept killing. He was the go-to guy for Mafia killings on the East Coast, and nationwide. Kuklinski bragged that he never killed women or children and that he had nothing to do with his “employers” socially.

He kept his professional and social life apart. No one in his neighborhood would see “Mafia types” at his house or the BBQ’s he sometimes hosted for his neighbors. By the 1980s Kuklinski had started his own criminal enterprise. Maybe the pressure got to him. Maybe he just got sloppy, but this was when the authorities began to close in.

Like many stories about organized crime, the beginning of the end for Kuklinski came when one of his Mafia “friends” flipped and agreed to wear a wire for the cops. One of the conversations was of Kuklinski talking about a contract to kill.

This was in 1985. In 1986, Kuklinski and his wife were having breakfast when the police surrounded the house.

When Barbara asked the police what this was all about, the lead investigator told her simply: “He’s a murderer.”

After a long trial, Kuklinski was found guilty of seven murders and given a life sentence. He died in 2006, after finding out that he loved another thing besides killing — publicity.

After years of living a secret life, Kuklinski gave jailhouse interviews to magazines, newspapers, and TV. He claimed to have been paid $40,000 for killing Jimmy Hoffa, the New Jersey union leader whose death remains a mystery.

He said that he never had any regrets about what he did, other than it hurting his family – he wished they could forgive him. They didn’t. The last time he talked to his wife, he had a fatal disease. He asked for her to order the doctors to resuscitate should he flat-line. She wouldn’t.