Flappers: subverting society with their shoes

The earliest years of the 20th century were heavily influenced by Victorian moral principles. Women were still expected to be stay-at-home wives and carry out the domestic chores.

Ladies wore long dresses that covered both their legs and arms, rarely exposing any skin. They certainly did not wear (men’s) trousers! Fashion began a slow evolution as, after decades of activism by the suffrage movement, women in increasing numbers felt empowered to take part in active outdoor sports, like golf and tennis, and demanded more practical styles. 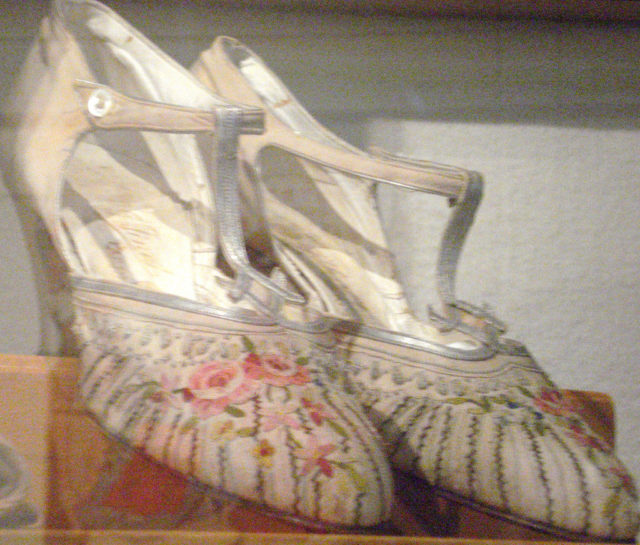 Pretty flapper style shoes in the Roaring 20’s shoe exhibit. Photo by In pastel CC BY2.0

However, change in a big way was around the corner. July 1914 heralded the war to end all war: World War I had begun.

As well as filling the roles of men who were recruited for the battlefields, women also took up the hundreds of new jobs created for the war effort. They suddenly took on tasks and occupations that were previously strictly reserved for men. 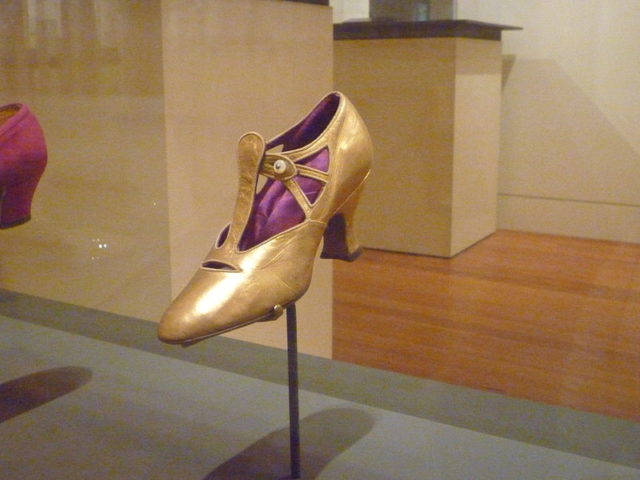 Societal change unfolded even more rapidly once the 19th Amendment was introduced in 1920, granting women the right to vote.

Women were commonly seen riding bikes and driving cars. Women enrolled at college and bettered their education. But at the center of these exciting times to be a woman were her shoes. Revolution was coupled with fashion. 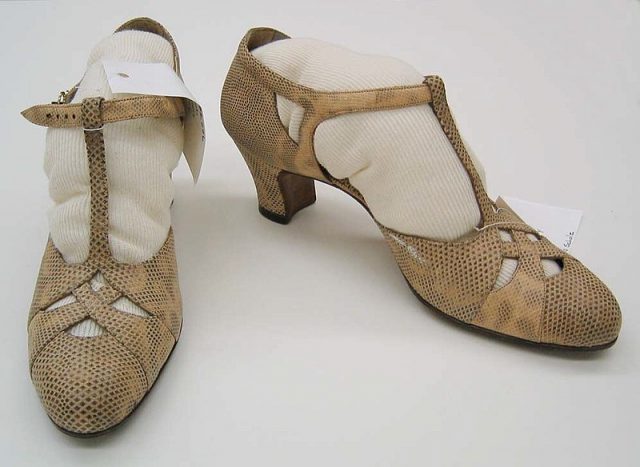 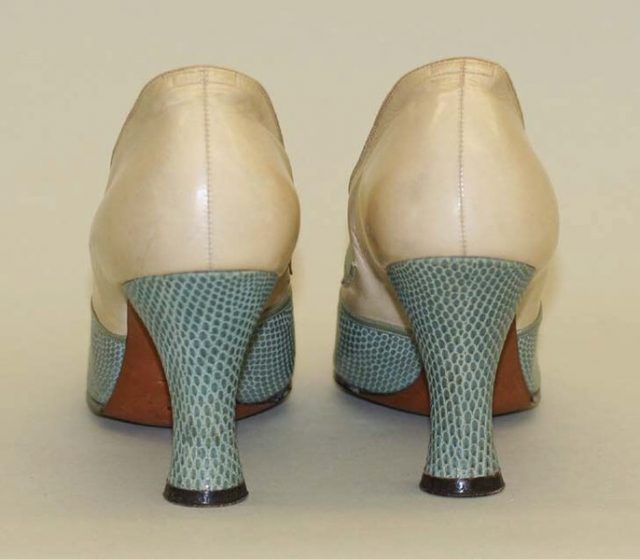 Flapper shoes became a strong symbol of the newly-gained freedoms. 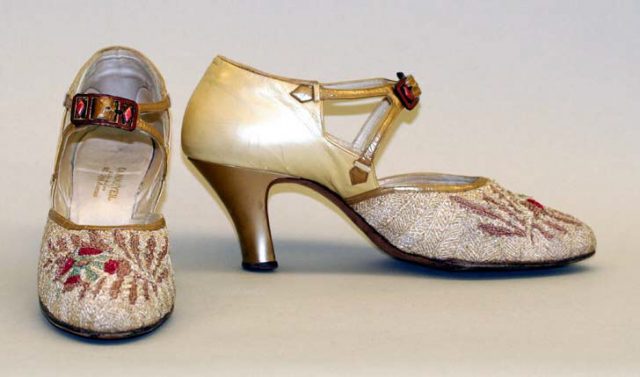 Hemlines first rose to the ankles and then slowly to the knees. A matching pair of shoes with the new type of dresses was always applauded.

Such a change in fashion trends required the fashion industry to adapt and reinvent. The shoe industry went on to prosper during the 1920s. 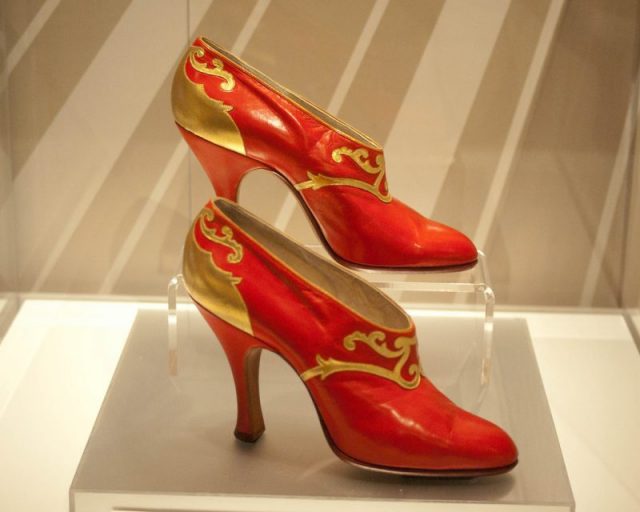 Previously custom made for women each season, suddenly shoes were being factory manufactured in much greater numbers.

Shoes became available in standardized sizes at local boutiques. Clothes designers also needed to devise new types of outfits that would fit with the proper pair of shoes. 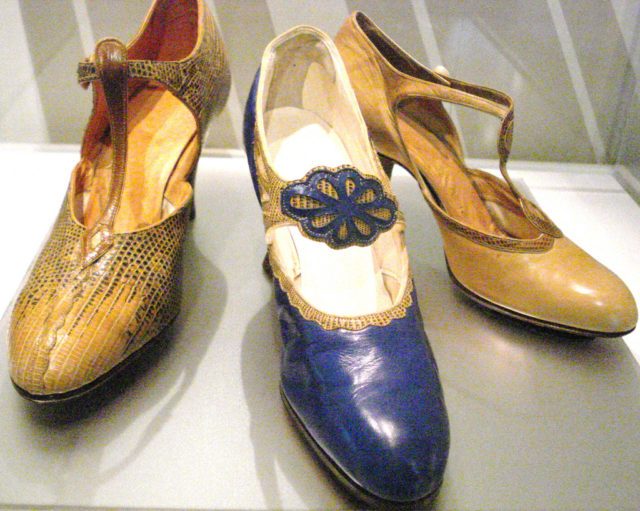 Women were able to choose from a new range of shoe styles for different occasions, at least those women who were able to afford to do so. Besides a pair for the dancefloor, there were shoes for walking, for biking, and even for when staying home.

Flapper-style shoes supported the women who were eager to celebrate life and its freedoms. The new high-heeled footwear entirely stirred excitement, inspired by novel fashion trends in France. The heels went up to three inches tall. 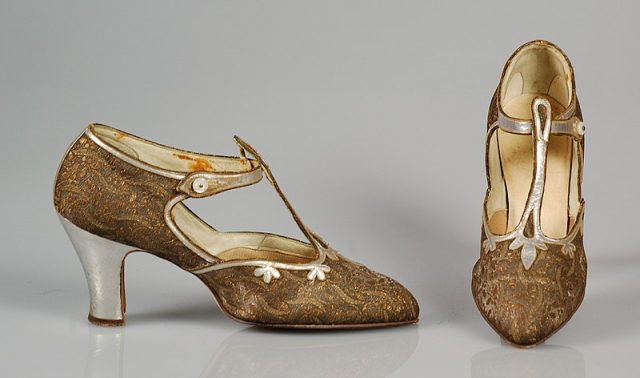 Black, silver, and gold were some of the most frequently used colors. The shoes’ toes were initially pointed, then rounded, and by the end of the decade, squared models also appeared.

Different materials were used for their production and this depended on the purpose of the shoes. For example, outdoor shoes for sports activities would be made from leather. 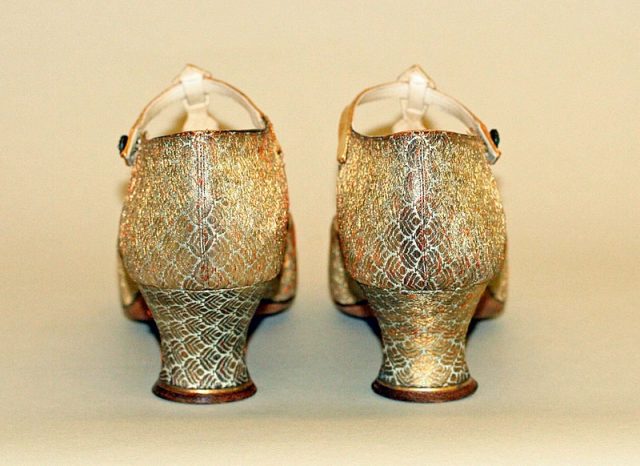 Footwear for parties and dancing were more chic. Sewn out of finer materials such as satin, brocade or lambskin, these shoes were also elaborately decorated with fancy stitching and lacing, beads or tinsel. The designs frequently enough harnessed patterns that looked exotic and oriental.

Mary Janes were among the most popular models, often with a double strap and two colors such as black and white.

Also heavily admired were T-straps, closed with a glimmering buckle or a beautiful matching button. 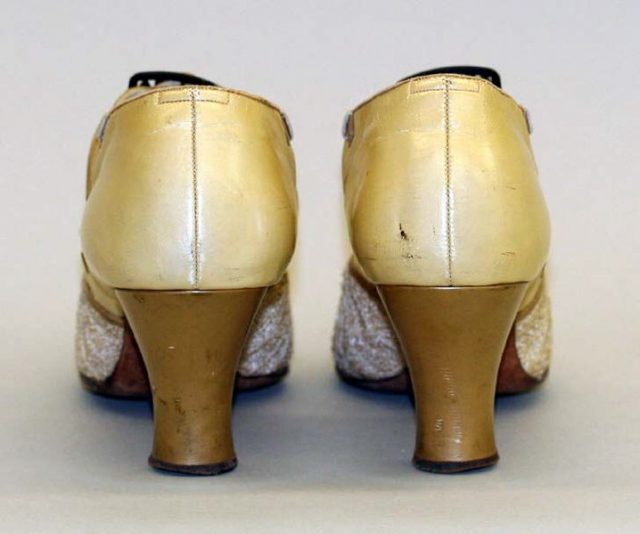 Ladies with a smaller budget would paint their with colorful, extravagant designs.

Oxford shoes were the most acceptable low-heel model and usually made for walking. Color combinations entailed black-and-whites or white-and-browns or tan-and-browns, and perhaps finished off with an ornamented trim. 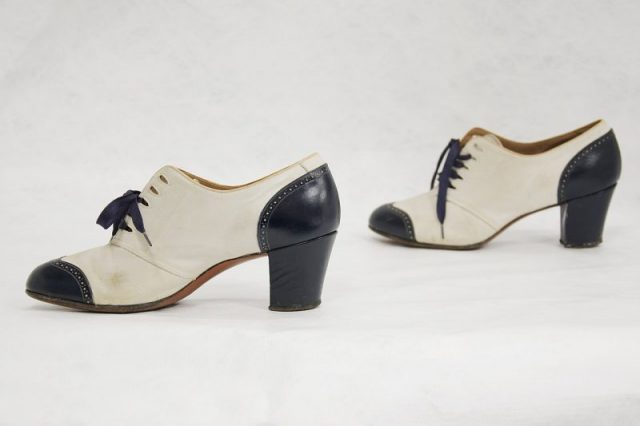 While women were all geared to embrace their free and emancipated spirit, old-school reserved and rigid onlookers regarded this new image and behavior disrespectful.

They considered the “modern” woman image deviant because she now straightforwardly flaunted a feminine sexuality that had stood dormant for ages.

However, the flapper girls did not stop their dance. They reigned over the jazz clubs and reigned over the dance floors. A lit cigarette in her hand looked fine and her laughter was as seductive as the movement of her hips.

Not everyone was ready for such extravaganza but the flappers were there to subvert all of that. Along the way, they remained mad about their shoes.