Cat shaming and similar memes are omnipresent on the internet. You can’t scroll through your social media accounts without seeing them by the dozen. Sometimes, though, the fuzzy little miscreants, and even their larger brethren in the animal kingdom get into actual mischief. Here are five times that animals were up to their furry ears in a life of crime.

In 2013, a man named James Shroyer was arrested for robbing a bank, stealing a car, and ramming it into a police car, according to Trib Live.

Shroyer said he did it because a talking cat told him to. He claims the cat directed him to steal a Chevy Cavalier, and drive it to the local bank where he covered his face, pointed a covered item at a teller, and demanded cash. 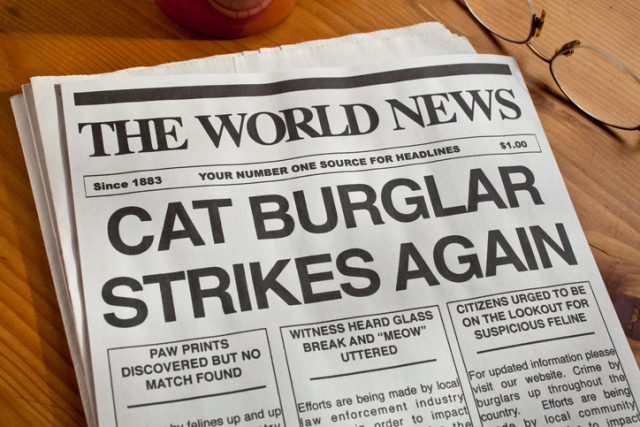 He took the cash and returned to his car, dropping one bag of money and leaving $582 of his haul behind. While he was making his getaway, state troopers began following him, and he reportedly backed his vehicle into the state officer’s car before taking off again. 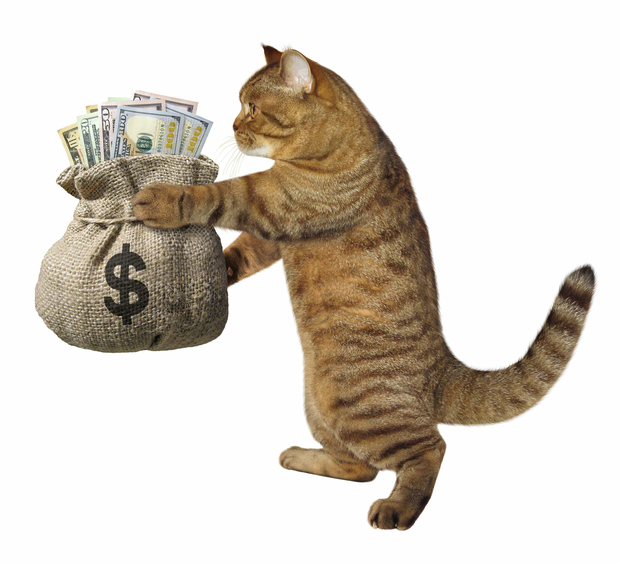 Shroyer’s defense for robbing a bank – “The cat made me do it.”

He was apprehended a little later when he lost control of the car he was driving and was hit by pursuing law enforcement. Shroyer told police that the cat told him to do all of those things. Needless to say, not only did Shroyer receive jail time, he was given a mental health assessment. The cat did not receive a sentence.

The parenting site, Imperfect Parent, posted an article about a Swiss cat named Speedy, who keeps stealing small objects from yards in the area and carrying them home. The cat’s owner reported that Speedy brings home and squirrels away things like gloves, scarves, socks, and even underwear. 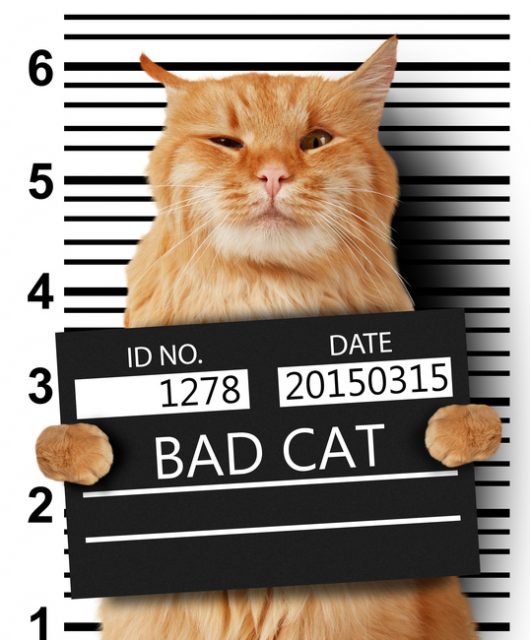 Speedy’s owner decided to let her neighbors know that her cat was a thief.

Speedy’s owner finally had to start posting notices around the town, saying that their cat steals, and suggesting that anyone missing small items should come check with them.

It’s not just cats that have apparent criminal tendencies. In August 2017, Television channel KXII issued a report about a dog being blamed for a home robbery. The owner of the home in question woke up early one Sunday morning to hear footsteps in her house. She shut her bedroom door when she saw a dog, because she’s afraid of them, and called out to her children — inadvertently scaring away the would-be robber. 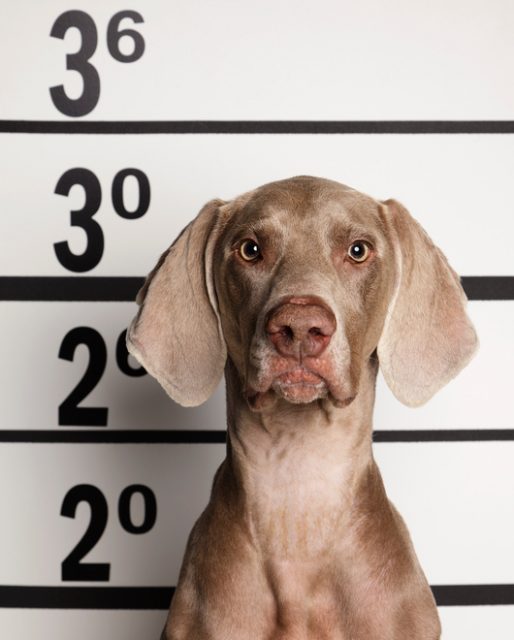 Apparently, the dog was even able to open the refrigerator and help itself to a snack.

When she finally came out of her room, her house was a mess, with various electronic devices and meat on the floor, and she heard someone moving around outside her house. The police later caught the attempted robber at his home.

The man claimed that his dog had gotten away from him on their morning walk and he was just trying to retrieve his pet from the home. The local police captain remarked that had heard of dogs eating homework, but not burglarizing a house.

Even wild animals can have criminal tendencies. According to the Durango Herald, an incident happened in Colorado, in 2017, in which a bear not only broke into an SUV, but managed to disengage the parking brake. The vehicle rolled down the driveway and crashed into a neighbor’s mailbox.

When sheriffs were called in to investigate, the vehicle was empty — but the culprit was clear. The bear had substantially torn up the interior of the SUV, and also left a special “calling card” that was easy to identify.

Finally, the Telegraph reported a story about a baboon that was put to death as a result of his crimes. Cape Town was being plagued by a baboon thug named Fred. Fred was seen raiding the city for food and stealing women’s handbags from unlocked cars. In 2010 the hard-core baboon attacked and injured three people as he was out looking for food.

Read another story from us: Why Did People Hate Cats in the Middle Ages?

Fred was captured and given a lethal injection for his crimes, although Cape Town’s Baboon Operational Group made a statement blaming Fred’s behavior on the “misguided efforts” of tourists who tried to feed and befriend him.