The first “painting” to be produced by artificial intelligence fetched nearly half a million dollars after an auction held by Christie’s in late October 2018.

The portrait of “Edmond De Belamy” sold for $432,500, or 43.5 times the estimated price, Christie’s said in a statement. It is the first piece of Artificial Intelligence art sold at a major auction house.

The new owner is an anonymous phone bidder, who won it after “a battle between three phone bidders, an online participant in France and one gentleman in the room,” the statement continued.

A genuine Picasso print in the same auction sold for about the same price as the AI painting. 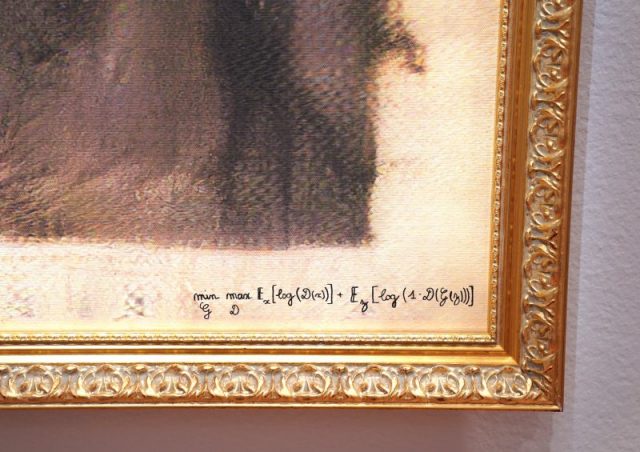 A section work of art created by an algorithm by French collective named OBVIOUS which produces art using artificial intelligence, is titled ‘Portrait of Edmond de Belamy’ (estimate: $7,000-10,000) at Christies in New York on October 22, 2018. Photo by TIMOTHY A. CLARY/AFP/Getty Images

The AI portrait is of a gentleman dressed in black and framed in gold, resembling a work from the 18th or 19th century. But up close the face is fuzzy and the picture looks unfinished. Instead of an artist’s signature, it has the stamp of a mathematical formula on the bottom right of the painting.

“The art was created by a French collective of artists and artificial intelligence researchers called Obvious with code mostly borrowed from a 19-year-old AI artist and programmer named Robbie Barrat,” according to Adweek. “The group fed a system called a Generative Adversarial Network with a data set of 15,000 pieces painted between the 14th and 20th centuries.

One component of the network would then paint its own work based on what it saw and try to fool another algorithm, which was programmed to tell the difference between real and algorithmically generated art.” 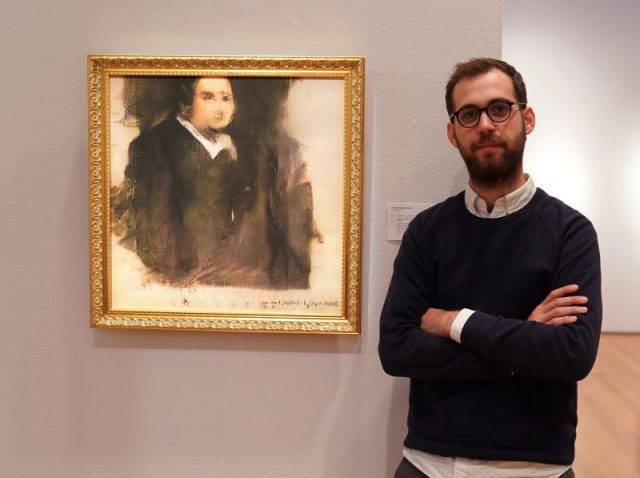 Pierre Fautrel, co-founder of the team of French entrepreneurs called OBVIOUS which produces art using artificial intelligence, stands next to a work of art created by an algorithm titled ‘Portrait of Edmond de Belamy.’ Photo by TIMOTHY A. CLARY/AFP/Getty Images

After the sale, Obvious released a statement: “We would like to thank the A.I. community, especially to those who have been pioneering the use of this new technology, including Ian Goodfellow, the creator of the GAN algorithm, who inspired the name of the Famille de Belamy series, and artist Robbie Barrat.”

Collective member Pierre Fautrel said to ABC News, “We are really fascinated by the power of algorithms. We begin to discuss, if you create art like this, is this art?”

The subject of the painting, Edmond Belamy, is a member of a fictional family of 11 of the collective’s machine-created portraits that resemble the type of aristocrats you might see in classical European portraiture, said Adweek. “While the complexities of facial features typically make portraits tougher for computers to mimic than other forms, the collective felt it was the best way to show off their algorithm’s proficiency, according to Hugo Caselles-Dupré of Obvious.” 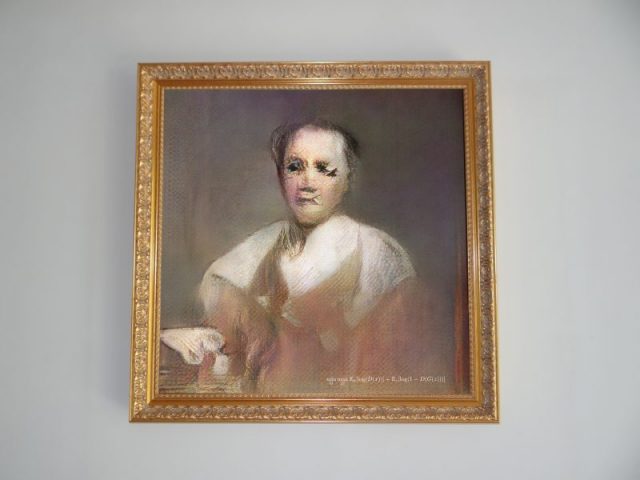 Richard Lloyd, International Head of Prints and Multiples at Christie’s, persuaded the collective to put the print up for sale in order to advance the debate about artificial intelligence in art. “I know it’s a debate that’s going on quite widely, I thought that in a way this marked a watershed — or slightly a tipping point,” he told AFP.

Christie’s had an interesting analysis of the painting: “The portrait in its gilt frame depicts a portly gentleman, possibly French and — to judge by his dark frockcoat and plain white collar — a man of the church. The work appears unfinished: the facial features are somewhat indistinct and there are blank areas of canvas. Oddly, the whole composition is displaced slightly to the north-west.” 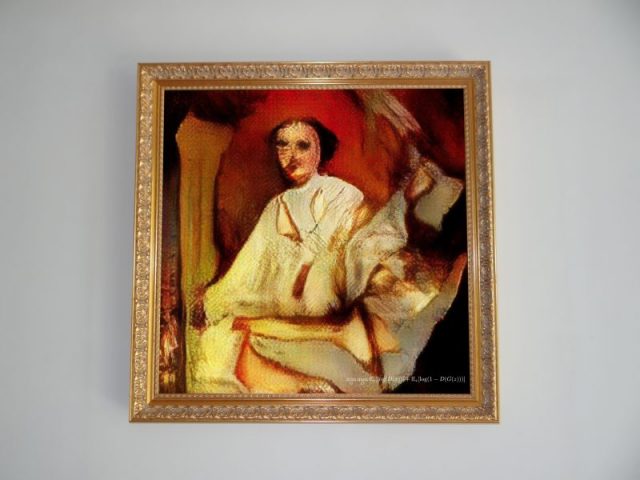 The sale of the painting has some people talking about the Singularity, the theory that one day an artificial intelligence will emerge and completely change humanity and the world itself. This idea reached popular culture in the film The Terminator.

But as Christie’s writer pointed out, this painting highlights the genuine limitations of the AI program in art.

“It departs from a human idea of an 18th-century portrait. There is something weirdly contemporary about him: he looks unnervingly like one of Glenn Brown’s art-historical appropriations.”

Read another story from us: Artistic Battles used to be an Olympic Sport

Experts concluded that portrait painting is an extremely tough genre for AI to excel at, since humans are highly attuned to the curves and complexities of a face in a way that a machine cannot be, said Christie’s.

« The First Chemist in History was a Woman
A Sophisticated Psycho: Hannibal Lecter was Based on a Real Doctor »