Disney-Themed House With Mickey Mouse Shaped Pools Up For Sale

Some people really love Disney World. In fact, they want to be reminded of it every minute of the day and night.

A Disney-themed house with two Mickey Mouse-shaped pools is up for sale in Palm Bay, Florida, and drawing tremendous interest.

The 7,029-square-foot, five-bedroom, six-bathroom house is listed for $849,000. Besides two pools shaped like the famous mouse, the house has a barn and go-cart track and six-car garage.

It is, it goes without saying, within a short driving distance from Disney World. 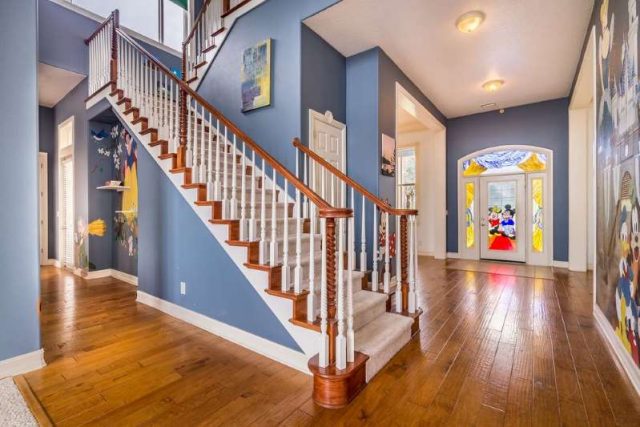 “The playful residence filled with references to animated Disney characters is the most popular home of the week,” reported realtor.com.

According to People magazine, “Inside, the home has been Disney-fied from top to bottom, with some rooms featuring large character murals on brightly colored walls, while others, like the kitchen, include tasteful touches such as small character paintings above the stove, or a mouse-shaped mirror in the bathroom.”

The area is not too urban, apparently. “Zoned for horses and other grazing animals,” the listing says. 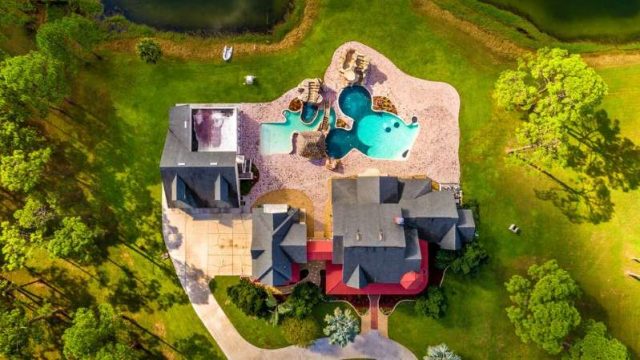 There’s no question that Central Florida was transformed when Walt Disney descended. He had had tremendous success with Disneyland in Anaheim, California, which opened in 1955. For his next park, he wanted access to more land than he had bought in Anaheim.

Flying over Orlando, Florida, in the 1960s, Disney supposedly made his decision when the plane crossed over the intersection of I-4 and Route 192.

Walt Disney died in 1966, and so he never had the chance to see the park for himself or its astounding growth. The Magic Kingdom, which is at the heart of Disney World, is the most popular theme park in the world with nearly 17 million visitors going through every year. 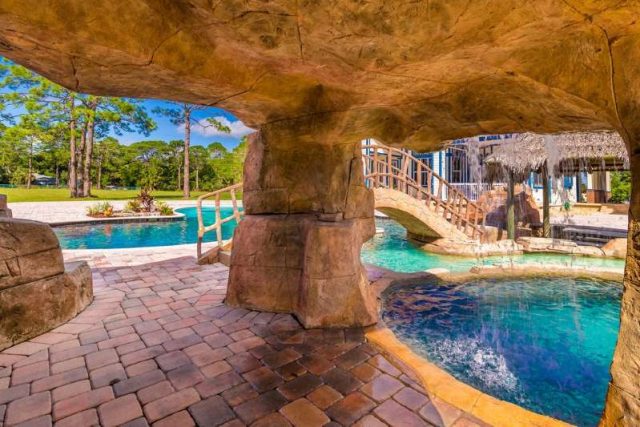 One of the most creative ideas that Walt Disney had for his Florida park was the creation of the Experimental Prototype Community of Tomorrow. The idea was that EPCOT would serve as a testing ground for ideas to be used in cities of the future. It sprang from showing concepts of the future as seen in the recent World’s Fair.

It’s a little difficult to wrap your head around the size of Disney World. It takes up 47 square miles of land. It is about twice the size of Manhattan and the same size as San Francisco.

Reportedly, in the beginning, Disney executives set up dummy corporations to buy the necessary 27,000 acres of land, to keep the project secret.

In 1965 rumors were running wild. Was it Boeing or an atomic energy lab? people wondered. 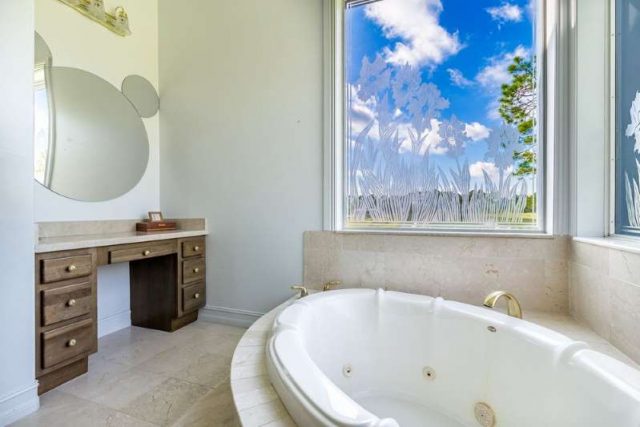 WDW Radio reported: “In October, though, Orlando Sentinel reporter Emily Bavar, having her suspicions confirmed after various non-responsive answers from Disney employees, released the story that it was Walt Disney who had been secretly behind the purchases of all of this land. Of course, once it was revealed that Disney was behind the purchases, the prices of land jumped more than 1000 percent!”

“That’s partially why Walt bought his first acre of land in Florida for Walt Disney World for $80 and his last for $80,000.”

At first it was not certain that Disney’s vision would pay off.

When Walt Disney World opened on Oct. 1, 1971, there was low turnout for the first few weeks.  “It led some observers to believe Disney’s venture into Florida was a dud,” the Miami Herald wrote. “Disney stock took a tumble.”

Then came Thanksgiving of 1971.

So many visitors tried to enter Disney World that weekend that the park periodically had to close its doors. “It was a blockbuster, ” recalled Charlie Ridgway, who was Disney’s publicity director at that time.

Read another story from us: Unforgettable Mansion used in The Godfather ‘Horse Head Scene’ now for Sale

It now has four separate theme parks, two water parks, 24 hotels with more than 27,000 rooms, more than 300 shops, more than 300 eating places, five golf courses, a sports complex and many other attractions.