Bathroom humor transcends time and place, it seems. But you need a fairly good knowledge of ancient Greek and Roman myths to get these jokes.

A recent archaeological discovery in Turkey, from the times of the Roman Empire, is a latrine decorated with “suggestive mosaics.” While the latrines were in use, men could enjoy some humor.

The 1,800-year-old mosaics include an image of Narcissus admiring the reflection of his own male anatomy. 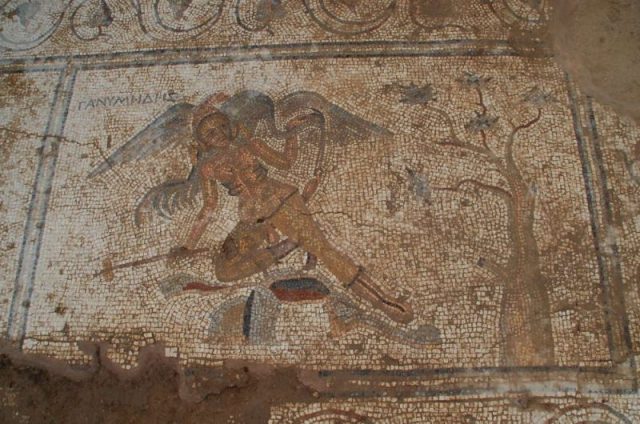 Time has taken its toll on the art, and only half of the Narcissus is visible today. But, the researchers told Live Science, “it’s the good half.” Another triumph for archaeology, all agreed.

“We were stunned at what we were looking at,” said Michael Hoff, an archaeologist at the University of Nebraska-Lincoln, in an interview. “You have to understand the myths to make it really come alive, but bathroom humor is kind of universal as it turns out.”

Narcissus is shown with a long nose, which would have been considered ugly by the beauty standards of the time. He looks down, presumably admiring the reflection of his conspicuous penis instead of his face. 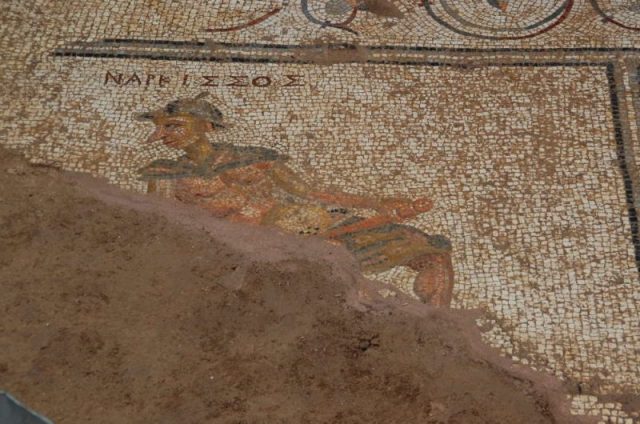 In myth, Zeus disguised himself as an eagle to kidnap the Trojan boy Ganymede and make him a cupbearer to the gods. In art depicting that abduction, Ganymede is often shown holding a stick and rolling hoop as a toy.

In the discovered latrine mosaic, Ganymede instead holds tongs with a sponge, a reference to the sponges that would have been used for wiping the toilet. And Zeus is not an eagle but a heron, with a long beak grasping a sponge and dabbing Ganymede’s anatomy.

The latrine would have had clean water channels as well as seats made of marble or wood, which are now lost, according to Live Science. 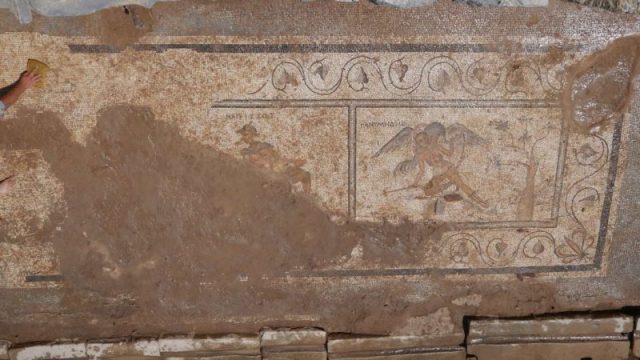 Hoff said the public bathroom would have been used mostly by men. It shared a wall with the grand bath and was next to the bouleuterion, or council house, and “should have served the large crowds with its location,” said Birol Can, a mosaic expert at Uşak University in Turkey, in an interview.

The team discovered the latrine art on the last day of their scheduled vacation, and covered it up for preservation.

“Of course, all of the ancient cities had latrines, but not all of them have been exposed or survived to the present day,” Can said in a statement. “The number of mosaic-paved latrines is very low. Antiochia ad Cragum latrine is one of the rare examples.” 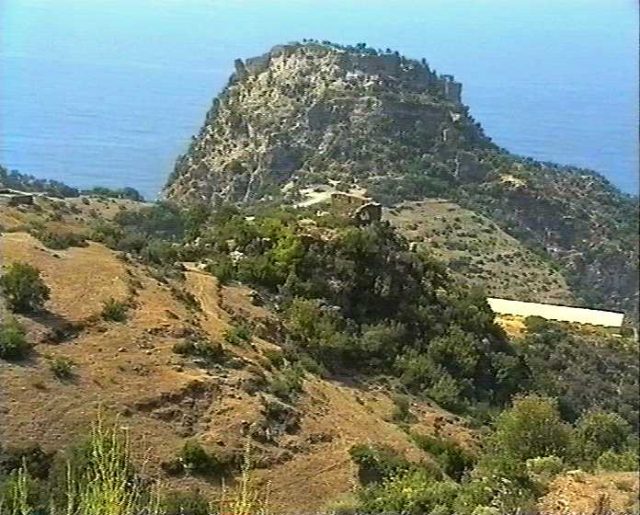 Some ruins at Antiochia ad Cragum. Photo by Klaus-Peter Simon CC BY 3.0

Antiochia ad Cragum is thought to have had a population of more than 6,000 people at its peak. The city was founded in the reign of Emperor Nero and was no longer very populated by the 11th century.

Humor in the reign of Nero would have been outrageous.

Nero was part of the “Julio-Claudian” imperial family that ruled Rome in its early period of Caesars. Born in 37 AD, he became emperor of the Roman Empire after the death of his adopted father, Emperor Claudius, in 54 AD.

Today Nero is best known for his debaucheries, murders, persecution of Christians, and his passion for music that led to the widespread rumor that Nero “fiddled” while Rome burned during the great fire of 64 AD.

Disturbingly, Nero had his mother Agrippina stabbed to death in her villa. He had his empress, Octavia, exiled and executed, and in 62 Nero married the scheming Poppaea.

Read another story from us: 1st century A.D. mosaics and paintings buried under volcano damage now being revealed and restored with X-ray technology

Three years later, in what the Roman historian Tacitus described as “a casual outburst of rage,” Nero killed Poppea by kicking her.