With an exceptionally seductive aura and almost surreal image, Berlin-born actress and singer Marlene Dietrich left a lasting imprint as a world icon.

Besides her legacy as an actress and singer on the silver screen, she also made a lasting impression on fashion.

An emigree to the U.S., Dietrich left her native Germany with years of experience picked from working in the vibrant Berlin cabaret culture. 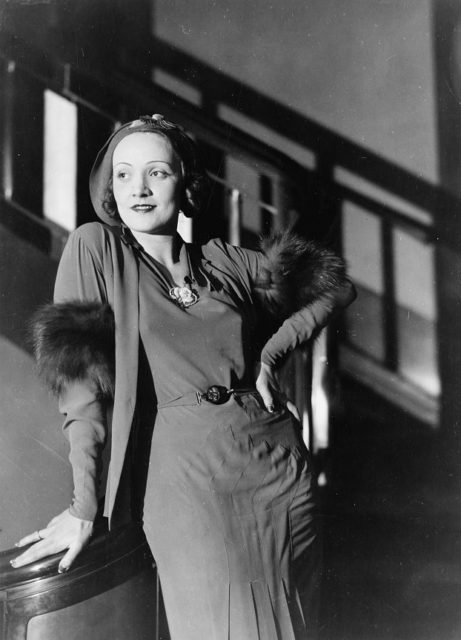 In 1930, she had just had her breakthrough after landing the role of Lola in the movie Blue Angel, now considered a classic gem of German cinematography. 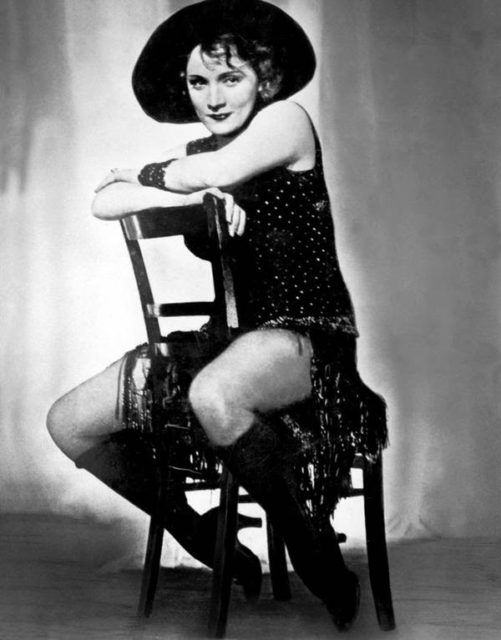 Marlene Dietrich in her breakthrough role in The Blue Angel (1930).

She was soon to turn 30 and would not miss the chance to relocate to L.A., where she became the highest-grossing actress of the day. 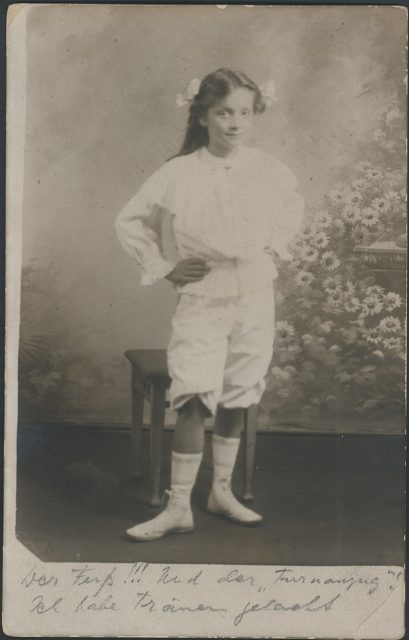 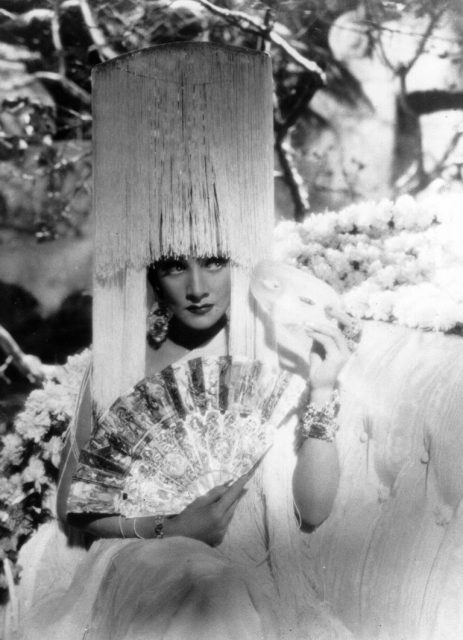 Their movies always brought a carefully crafted image. Exotic locations such as Africa and China were predominant, yet if there was one thing more evocative than the setting of the film, it was the divine image of Dietrich herself. 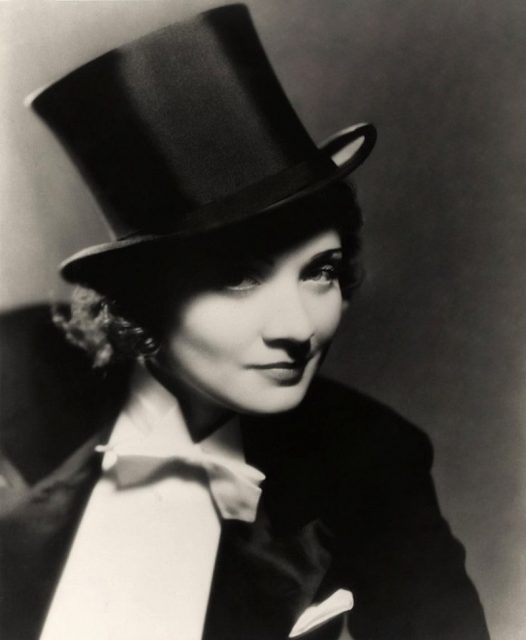 Marlene Dietrich in the film Morocco (1930)

Working with Sternberg, who is said to have been Dietrich’s best teacher, the German actress honed her sensibility on how to project her own image to the world.

This involved observing what light would work best for a certain scene and figuring out what outfit would match the setting. 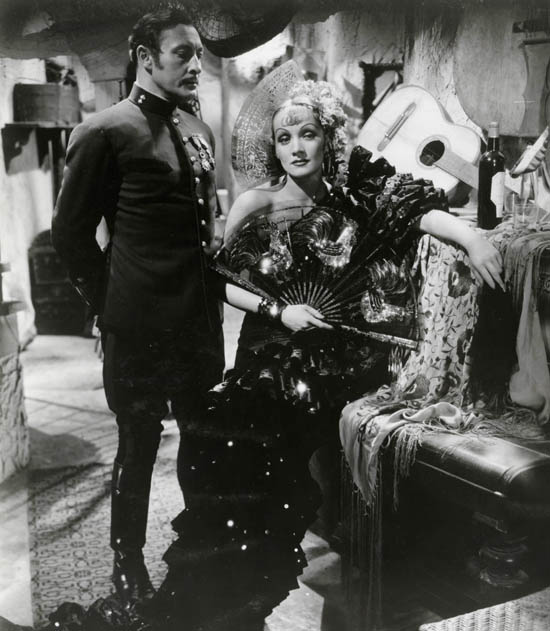 It is said for each image that was to be released of Dietrich in public, the actress would scrutinize it to the tiniest detail herself.

She wouldn’t accept striking a pose she disliked and it was always her word against everyone else’s. 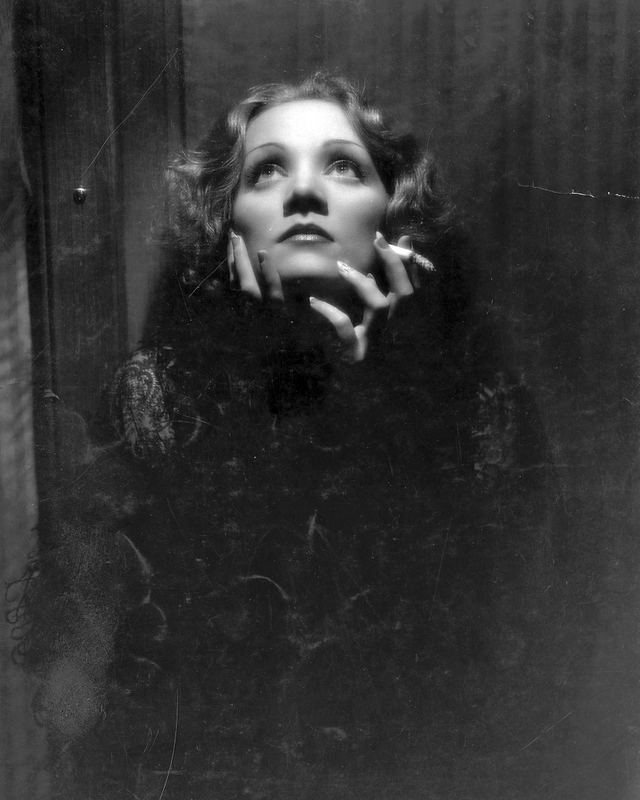 Her devotion to continually achieve a stunning impression developed as her film career grew, which later brought her roles in Alfred Hitchcock, Michael Anderson and Orson Welles movies, among others.

And at the center of that effort was always her clothes. 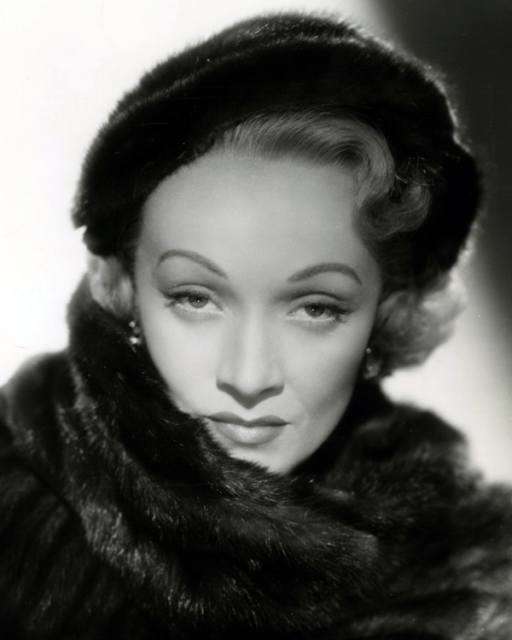 When she first appeared in Hollywood wearing a three-piece man’s suit and matching hat, Dietrich shocked the public. No woman was known to have ever done that before.

It was a groundbreaking moment that opened endless new possibilities in fashion. 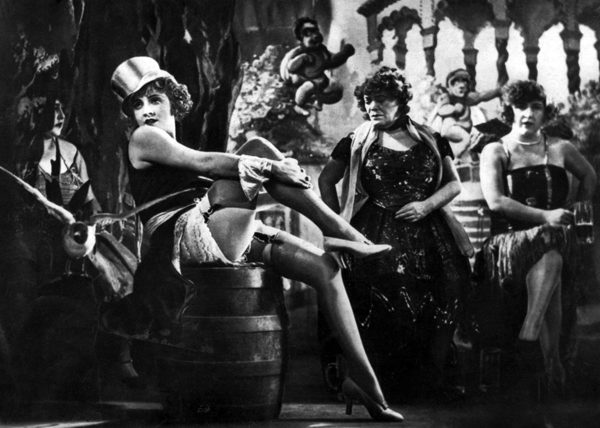 Katharine Hepburn accompanied her in the trendsetting that women can wear pants too.

While appropriating masculine clothes on her body, Dietrich still retained her overwhelming feminine sensuality.  She was otherworldly androgynous.

The sexual ambiguity evoked by this style — besides pushing the limits in fashion — made her even more hypnotic than ever. The image was everything to her. 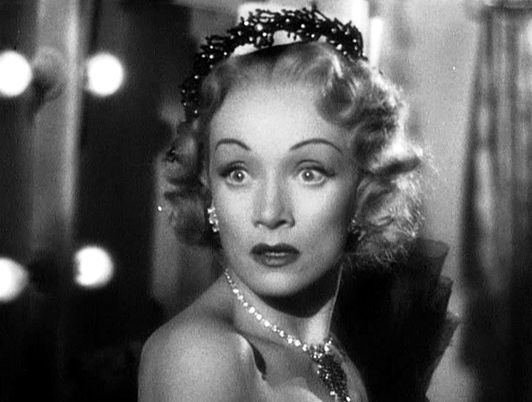 “I dress for the image. Not for myself, not for the public, not for fashion, not for men,” she would say in a 1960 interview.

“If I dressed for myself, I wouldn’t bother at all. Clothes bore me. I’d wear jeans. I adore jeans. I get them in a public store — men’s, of course: I can’t wear women’s trouser.” 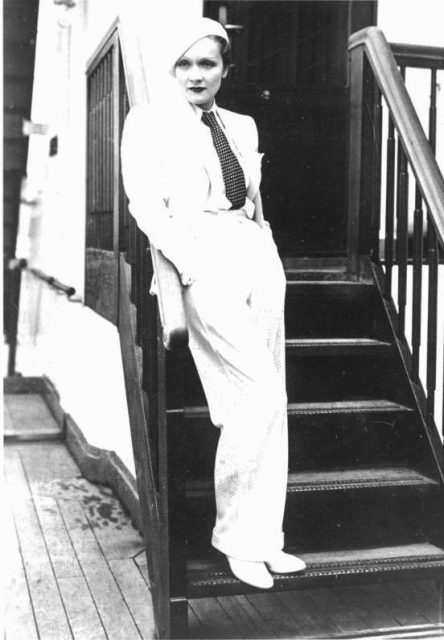 In 1933, she was photographed by Paul Cwojdzinski aboard the German ocean liner SS Europa. Of course, she was sporting an androgynous-styled outfit for the photo. 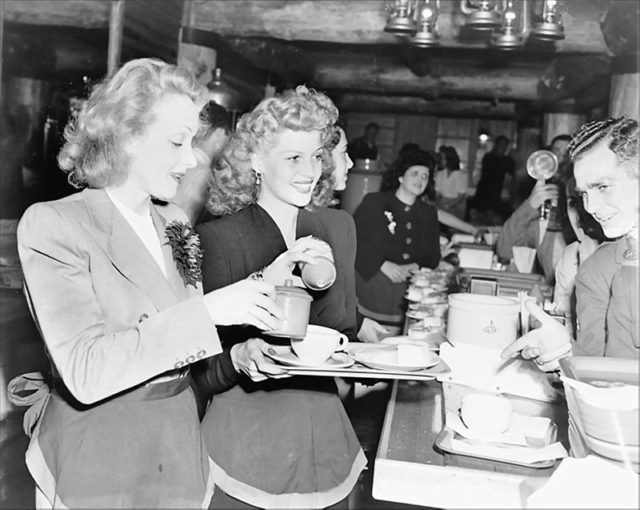 Marlene Dietrich and Rita Hayworth serving food to soldiers at the Hollywood Canteen.

The photo soon appeared in French media and the actress received a warning that being dressed in male clothes could lead to her arrest in the country. How did she manage this situation? She wisely used her star status.

According to the Washington Post: “…she showed up in her most mannish tweed pantsuit with a long trench coat; she took that warning and said, ‘Oh yeah? Well, here’s this.’” 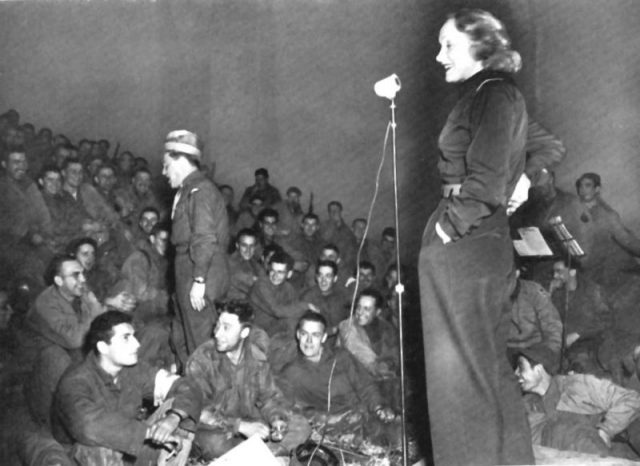 For the remainder of her days, Dietrich successfully continued playing with gender fluidity, choosing to stick with masculine apparel.

Regardless of her outfit choice for the day, she never missed adding a matching hat — be it a cloche, beret, fedora, or top hat. Everything she wore, she wore with confidence and people were always lured to look at her (and then be left to second-guess what she would wear next).

Hollywood’s glamorous pioneer of androgyny passed away in 1992. She was aged 90 and had withdrawn from public life in her last years, living quietly in her apartment in Paris. In Berlin, admirers of Dietrich can explore abundant archives about the star by checking out “Marlene Dietrich 1901-1992” at the city’s Deutsche Kinemathek.

She has also been featured in a number of different museum exhibitions; most recently “Marlene Dietrich: Dressed for the Image” at the Smithsonian’s National Portrait Gallery in Washington, D.C.