In ancient Mesopotamia, people lived, worked, and spent time with their families just as we do today. They also had everyday problems, and clay tablets discovered at the site of the ancient city of Ur, today Tell el-Muqayyar in southern Iraq, show some of them.

According to Quartz, about four thousand years ago, Nanni, possibly a businessman or artisan, wrote a note to a merchant, Ea-nasir, complaining that the copper ingots he had purchased were of inferior quality and that Ea-nasir had treated him badly by not refunding his money.

Nanni would have had to cross enemy territory to collect his money in person. He wrote the following:

“How have you treated me for that copper? You have withheld my money bag from me in enemy territory; it is now up to you to restore (my money) to me in full. Take cognizance that (from now on) I will not accept here any copper from you that is not of fine quality. I shall (from now on) select and take the ingots individually in my own yard, and I shall exercise against you my right of rejection because you have treated me with contempt.” 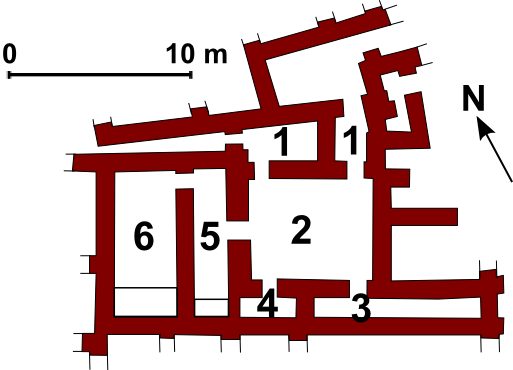 Illustration of the interior of an old Babylonian house found in the ruins of Ur, which may have been the residence of Ea-nasir. Photo by Zunkir CC BY SA 3.0

The tablets were inscribed in cuneiform, one of the first written languages in the Middle East. According to Britannica.com, Europeans first learned of ancient writings that were not in languages such as the Arabic, Egyptian, Hebrew or Greek usually found on tablets in 1602.

In 1700, Thomas Hyde, a British Professor of Arabic, Regius chair of Hebrew, and author of Historia religionis veterum Persarum (The History of the Religion of Ancient Persia), called the new language “cuneiform.” 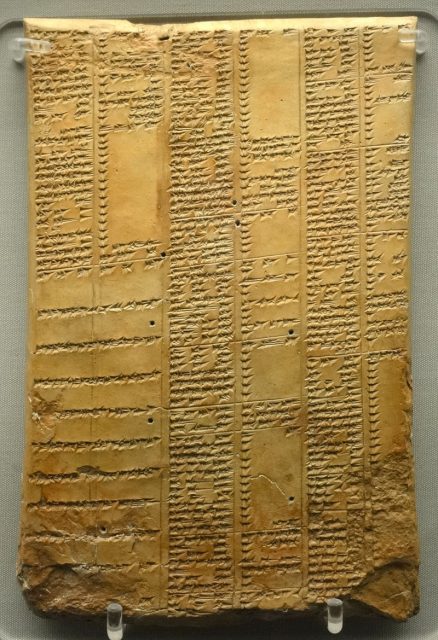 It took until the 19th century to decipher cuneiform, and the practice still goes on in the form of “Assyriology” so named because the earliest cuneiform writing to be found came from Nineveh, the largest city of the ancient Assyrian empire.

The area of Mesopotamia was located in modern day Iraq, eastern Syria, and southeast Turkey, in the land between the Tigris and Euphrates rivers. It lasted until about the 7th century AD, approximately three thousand years, and their civilization affected the entire world. 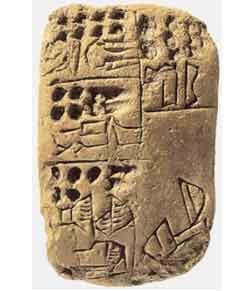 Mathematics, the division of time into sections, astronomy, architecture, and astrology were practiced by the Mesopotamians at this time, as was a basic legal system.

Literature flourished with historical tales, myths of kings and queens, and fantastic animals, birds, and fish. Art and sculpture grew during the Mesopotamian years starting with simple terracotta statues and gradual improvement to finely detailed carvings. 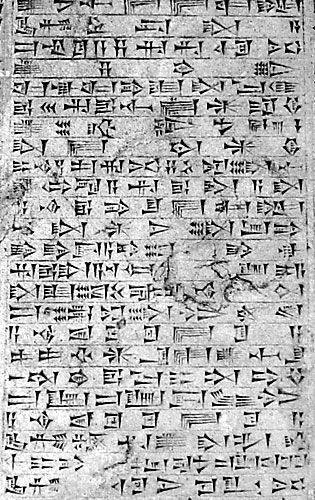 Another set of tablets written in cuneiform from old Babylon was found in 1976 by Jacobus van Dijk, Professor Emeritus of Archeology at the University of Groningen in the Netherlands.

While the actual tablet is now missing, van Dijk made a copy of the tablet, with a short translation. Because of the unpolished style of writing, he assumed the message was written by a student. 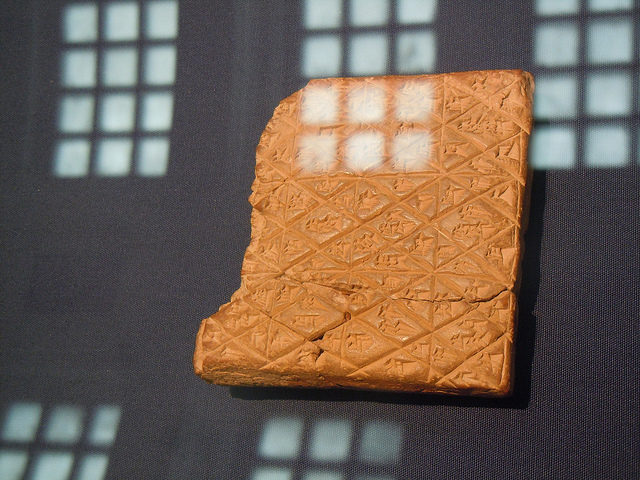 Cuneiform ruleset for the Royal Game of Ur. The oldest known rules for a boardgame (177 BC).

The writings were studied by Michael P. Streck, Professor of Ancient Near Eastern Studies and Head of the Institute of Ancient Near Eastern Studies at the University of Leipzig in Germany, and Nathan Wasserman, Professor of Assyriology at the Hebrew University of Jerusalem. They call the tablets “wisdom literature” due to the riddles and metaphors. They could be compared to Benjamin Franklin’s Silence Dogood essays published in his own newspaper, the New-England Courant in 1722. 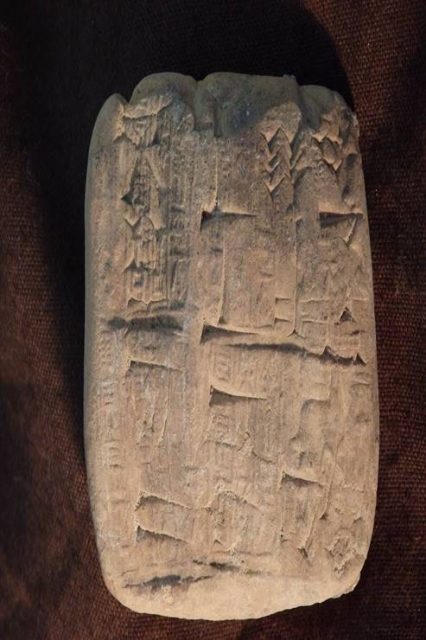 One of the ancient clay tablets showing Cuneiform script.

The tablets were made from soft clay bricks and either written or stamped characters were added before the clay was completely dry. They were used for letters, proclamations, stories and just about everything we currently put on paper.

Streck and Wasserman reported that there are political jokes, riddles, and toilet humor, just as today. They even found the earliest form of “yo’ mama” jokes written on the tablet. It goes to show that people have always been much the same anytime and anywhere.