Magicians, or conjurors, are a very small subset of the street performing scene who use an impressive array of tools, from sleight of hand to contortionism, to make an impression on the crowds that they inevitably draw.

These people are popular and interesting; historically, they would often be the only magician in any given town, unlike circus performers or theater troupes, who usually were part of a large network of performers. 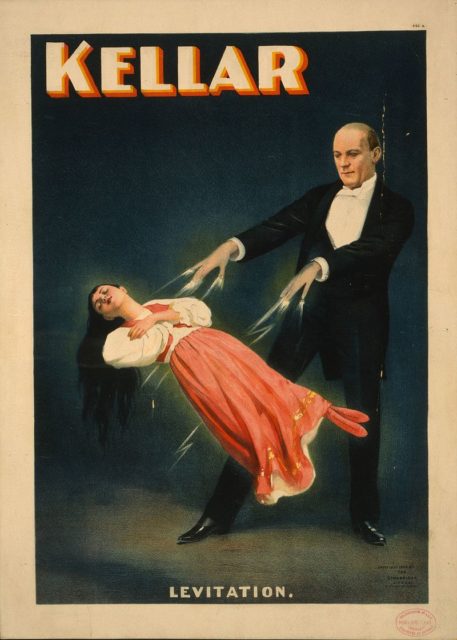 The result was a mystique and charm surrounding magicians, making them even more appealing to the people of major cities throughout history.

This is where the Bottle Conjuror comes into the story. With many impressive and mysterious rumors surrounding magicians, revolving mainly around sleight of hand and pseudo-magic, the people of London were interested when a show was announced at the New Theater in Haymarket on January 16, 1749. 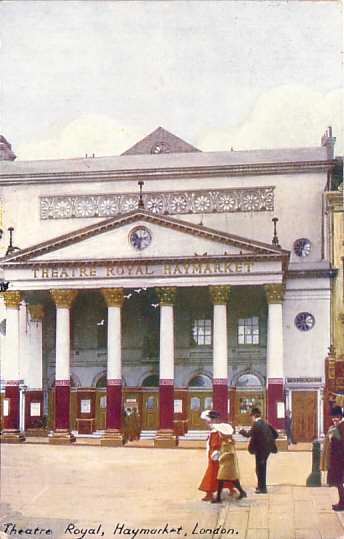 The advertisement stated that the “conjuror” would perform such tricks as identifying people who were wearing a face-covering mask and use a wooden walking cane to mimic the sound of numerous types of instruments while singing with said instruments in perfect harmony.

The true marvel that the Bottle Conjuror said he would achieve, however, was that he would stuff himself into a standard quart bottle in front of a crowd of people and then have the bottle passed around to prove that he was inside it.

This set rumors flying throughout the streets of London. The public was abuzz with chatter, impatient for the impending show that guaranteed amazement. January 16th arrived, and the people of London flooded the theater, the excitement almost palpable. The Paris Review states “On the appointed night the theatre was crowded to suffocation.” 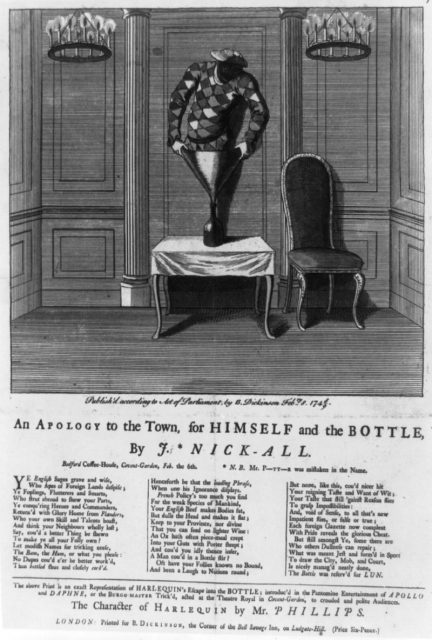 Image of William Phillips as Harlequin in a representation of the Bottle Conjuror, English broadsheet dated 1748.

The audience was on edge, impatient, and excited. However, they would be disappointed, as when the time came for the show to start, nothing happened. No performer appeared on stage, no music came to soothe the crowd, and when the angry tension broke, it broke radically.

The crowd started to hiss and make catcalls, causing a general ruckus to show their dissatisfaction, and restraint was quickly exhausted as a representative of the theater told the amassed crowd they would get their money back if the performer didn’t make an appearance. The crowd responded with more catcalls and shouts which created a cacophony within the confined space. 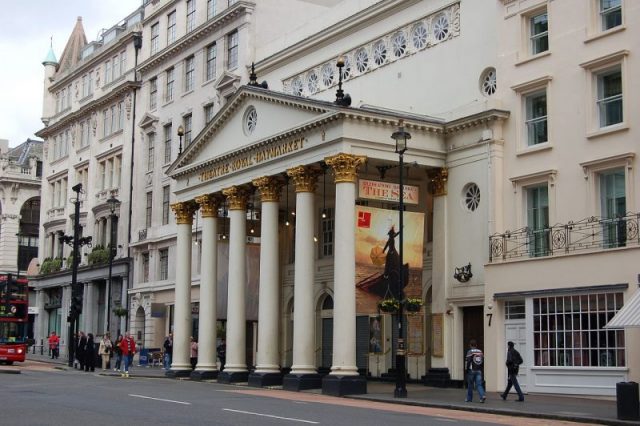 Suddenly, a man in the crowd threw a lit candle onto the stage, and a riot started. Many of the patrons pulled down curtains, gathered up benches, and took all the woodwork to the stage, burning it in a show of anger. Then, once the damage had been done, the rioters fled, leaving the theater to burn as the police arrived, with the crowd dispersed and no one to charge for the damage.

For a while, the Bottle Conjuror remained a mystery as no one knew his true identity, but according to an article by Geri Walton, the people of London suspected the theater manager Samuel Foote of perpetrating a hoax.

He denied these accusations vehemently, and eventually, it was proven he was telling the truth when the Bottle Conjuror was found. It turned out the culprit was the aristocratic 2nd Duke of Montagu, John Montagu.

Read another story from us: The Magician’s Scroll that Includes a Spell to “Get Women to Dance Naked”

During a gathering of noblemen, he had bet he could find a full audience of people in London who would show up at a theater if he claimed he could do something impossible, and after the events of the Bottle Conjuror hoax, he was proven correct.

For some time afterwards, The Bottle Conjuror was a joking reference to human gullibility.