To the east of Lake Como in the mountains of Cortenova, northern Italy, lies a house that allegedly hides a tragedy of gothic proportions. Villa de Vecchi, also known as the Red House, The Witches House or the Ghost House, is now an abandoned wreck, its once dramatic splendor given over to the ravages of time and graffiti.

It wasn’t always this way; once upon a time, the Villa de Vecchi was the grand summer house of Count Felix de Vecchi and his family. Count de Vecchi (1816-1862) was a decorated war hero, accomplished painter, and explorer who, as part of the national guard, played an important role in liberating Milan from Austria during the unification of Italy. 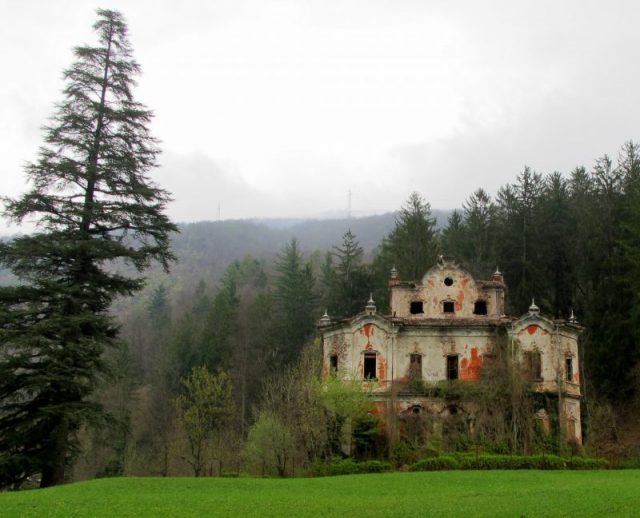 In his younger years, he traveled extensively around the Middle East, Egypt, and India and published a book which sold well and included drawings of his experiences.

When the Count married Carolina Franchetti di Ponte in 1844, the two embarked on a journey that took them to all regions of Italy during which the Count continued to paint and write about his adventures. By the time the newly-weds arrived back in Milan, the Count had become a celebrity for his romantic representations of the places he had visited. 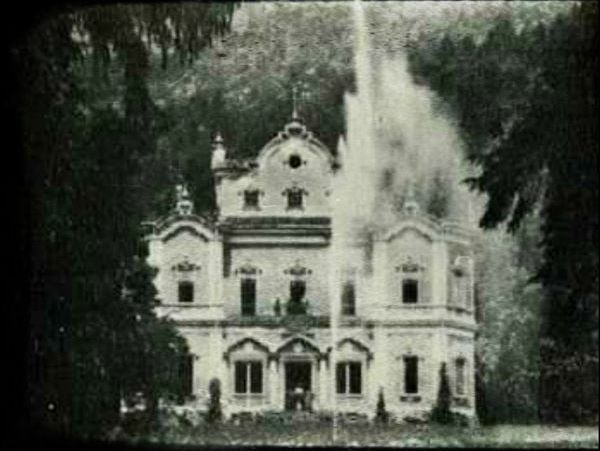 In 1854, the Count commissioned architect Alessandro Sidioli to build a summer retreat inspired by the architecture of the Eastern worlds he had visited in his youth.

It was constructed with all the modern features of the time such as indoor plumbing, hot water pipes, a dumbwaiter, and even a large pressurized outdoor fountain, and was decorated internally with frescoes and friezes. A large fireplace and a grand piano were featured in the main living room. Unfortunately, Alessandro Sidioli passed away before the building could be completed. Here is where the legend begins to take shape. 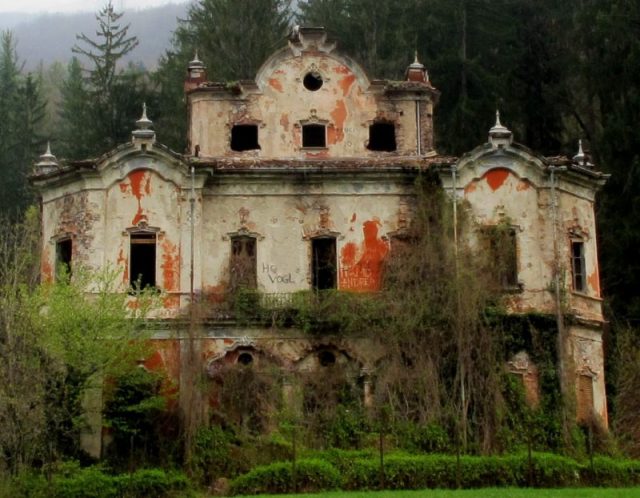 According to the whispers that surround the Red House, the de Vecchi family shared a handful of happy summers at the villa — but those happy times ended one night in 1862 while the Count was away from home. The legend says that the Count returned to find his wife brutally murdered, with her face disfigured, and his daughter missing. Although the Count tried in vain to find his missing daughter, she was never seen again. The heartbreak of what happened that night drove the Count to take his own life less than a year later.

Some say it was a revenge attack meant for Count de Vecchi because of his support for the Unification, but no-one was ever arrested for the crime. It remains a mystery to this day. Ownership of the house fell to the Count’s brother, Biago, and it remained in the family until the outbreak of World War II. It was then owned by a string of different aristocratic families until it was finally abandoned during the 1960s. 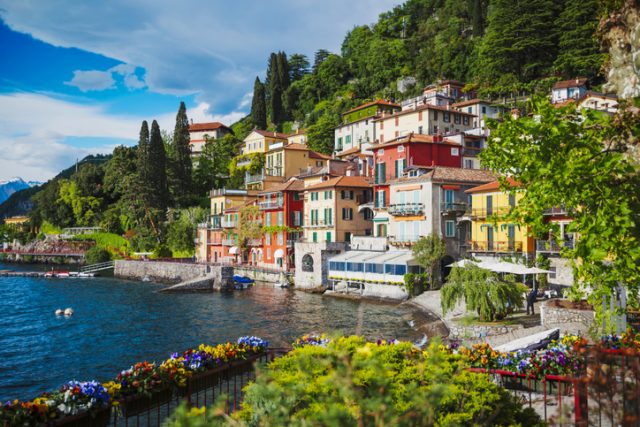 Perhaps its most famous guest was Alistair Crowley who purportedly stayed some time in the early 1920s. According to the myth, the house became the site of satanic rituals performed by those wishing to channel the bad energy trapped within the walls of the house. Locals say they can still hear the grand piano being played from inside the ruins on quiet nights. The reality is less spooky, however.

The Count did commission the building of the Red House, wishing to take advantage of the thermal springs that can be found close by, but he was already a widower by the time he employed Alessandro Sidioli. 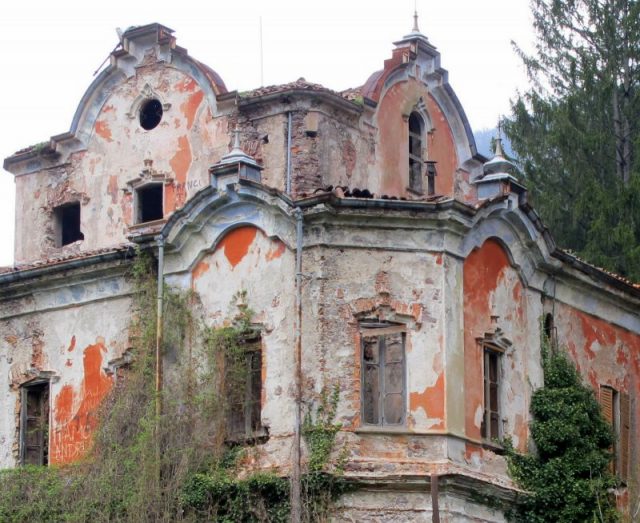 By the early 1860s the Count was seriously ill with a chronic liver disorder and spent the last months of his life between his properties in Milan and Cortenova, painting and caring for his children. He died in Milan at the age of 46 from liver failure, leaving his wealth and property and the care of his two young children to his brother Biago.

That hasn’t stopped ghost hunters and paranormal junkies however, who still insist this house has something particularly creepy inside it. The Red House today is a grand shell from a bygone era. The windows have long since disappeared, and Mother Nature has begun to reclaim the brickwork. In 2002, an avalanche destroyed many houses in Cortenova, but the Red House remained untouched.

Humans have left their own mark on the Red House — the once grand piano has now been destroyed, and the intricate frescos peek out from behind layers of graffiti.

Recently, one of the upper levels collapsed injuring a curious explorer. For the safety of the public and to stop illegal trespassing, the Red House is now boarded up and padlocked, a much-loved relic that inspired an urban legend.